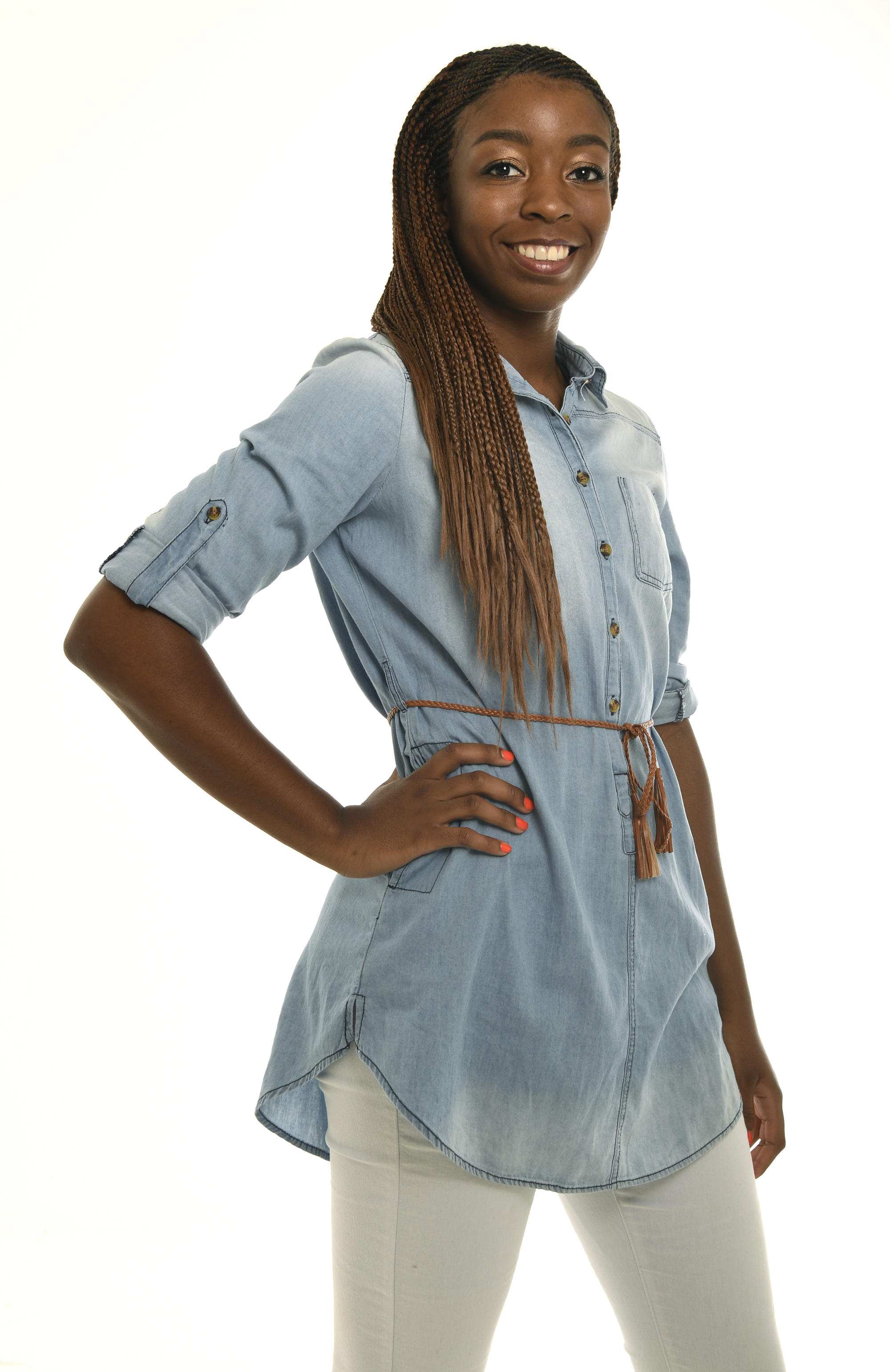 Junior forward Austin Richardson is one of the three transfer additions to the Kansas women’s basketball program for the 2017-18 season. Kansas was the perfect fit for Richardson, a native of Lee’s Summit, Missouri, as it is close to home and more importantly, her mother. Basketball-wise, Richardson, who growing up drew comparisons to NBA superstar Kevin Durant, is happy to play with her own “Steph Curry” and “Klay Thompson” at Kansas. Coach Brandon Schneider has not only added a talented basketball player to his roster, but a grateful student-athlete who is relishing everything about her new college basketball experience at Kansas.

Q: Does it feel strange joining the team as a junior transfer?
A: When I first came, I did feel a little like a freshman because there were a lot of things I didn’t know coming in. It’s faster-paced basketball so I felt like I was playing a bit of catch up. Although I’m a junior, it did feel like a freshman year.

Q: How did the team embrace you as a transfer?
A: They took us in like we were always there since freshman year. It was really nice.

Q: What’s it like moving on to playing at Kansas on a huge stage in Allen Fieldhouse?
A: It was amazing honestly. I was just grateful to be able to come here and experience that and be a part of something like that. At (Johnson County Community College) we didn’t have stuff like Late Night in the Phog. It is amazing to experience stuff like that.

Q: Why did you select Kansas?
A: I like the fact that it’s close to home because I’m an only child and my mom’s best friend. Plus, the atmosphere is very nice and that rubbed off on me. I also get along well with the players.

Q: Basketball-wise, what about this team was appealing to you?
A: Well what Coach (Schneider) said my role would be, was one that I thought I could fill well and make happen for him. Also, coming in and trying to make the program better.

Q: If you could play any sport besides basketball, what would it be?
A: It would be volleyball. Growing up, I played volleyball in middle school and high school. I had to choose between basketball and volleyball and I had played basketball longer.

Q: So from dancing to basketball? Do they ever overlap?
A: Yeah, at Late Night!

Q: Who is your favorite athlete, or someone you try to model your game after?
A: I like a lot of players, but growing up people said I was like Kevin Durant because I was very lanky and because of the way I played … so I rolled with it.

Q: So if you are KD, who is your Stephen Curry and Klay Thompson?
A: Bri [Brianna Osorio] is Klay and Kylee Kopatich is Steph, of course … yeah I like it.

Q: So is there anyone who inspires you the most?
A: My mom is my biggest critic and biggest fan. She is both in one package, so I would say she is my inspiration.

Q: Are you caught up on the KU traditions despite joining the team as a junior?
A: Yeah I can get a little lost when they explain some of that. They are always teaching the transfers though. I learned the fight song clap, but other than that I am still a little lost.

Q: Okay last one, who are your top three favorite artists you’re listening to right now?
A: I like R&B. I’m kind of an old-head as an only child growing up and hanging out with the grownups. I like Alicia Keys, you have to throw Beyoncé in there and Chris Brown.