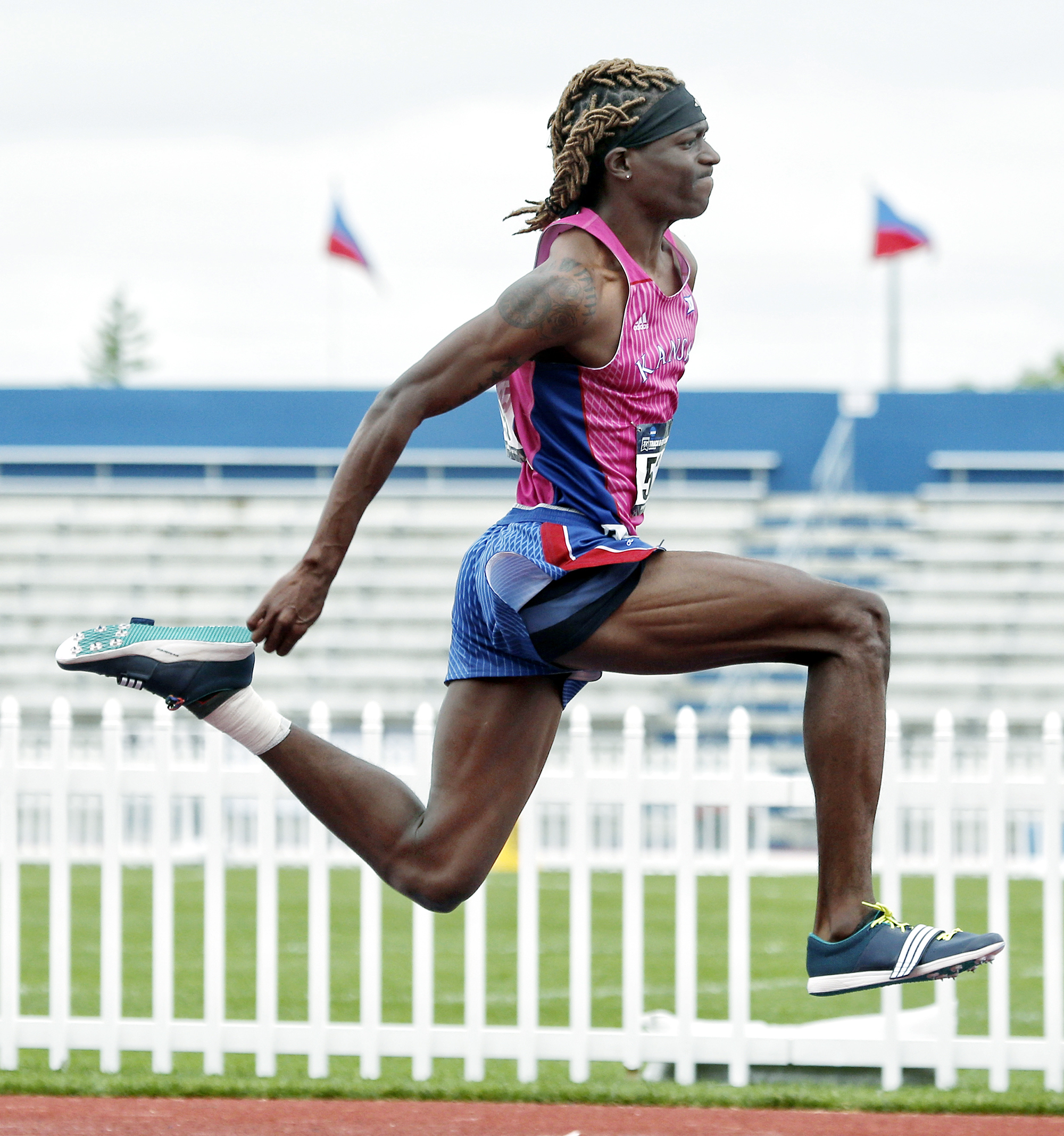 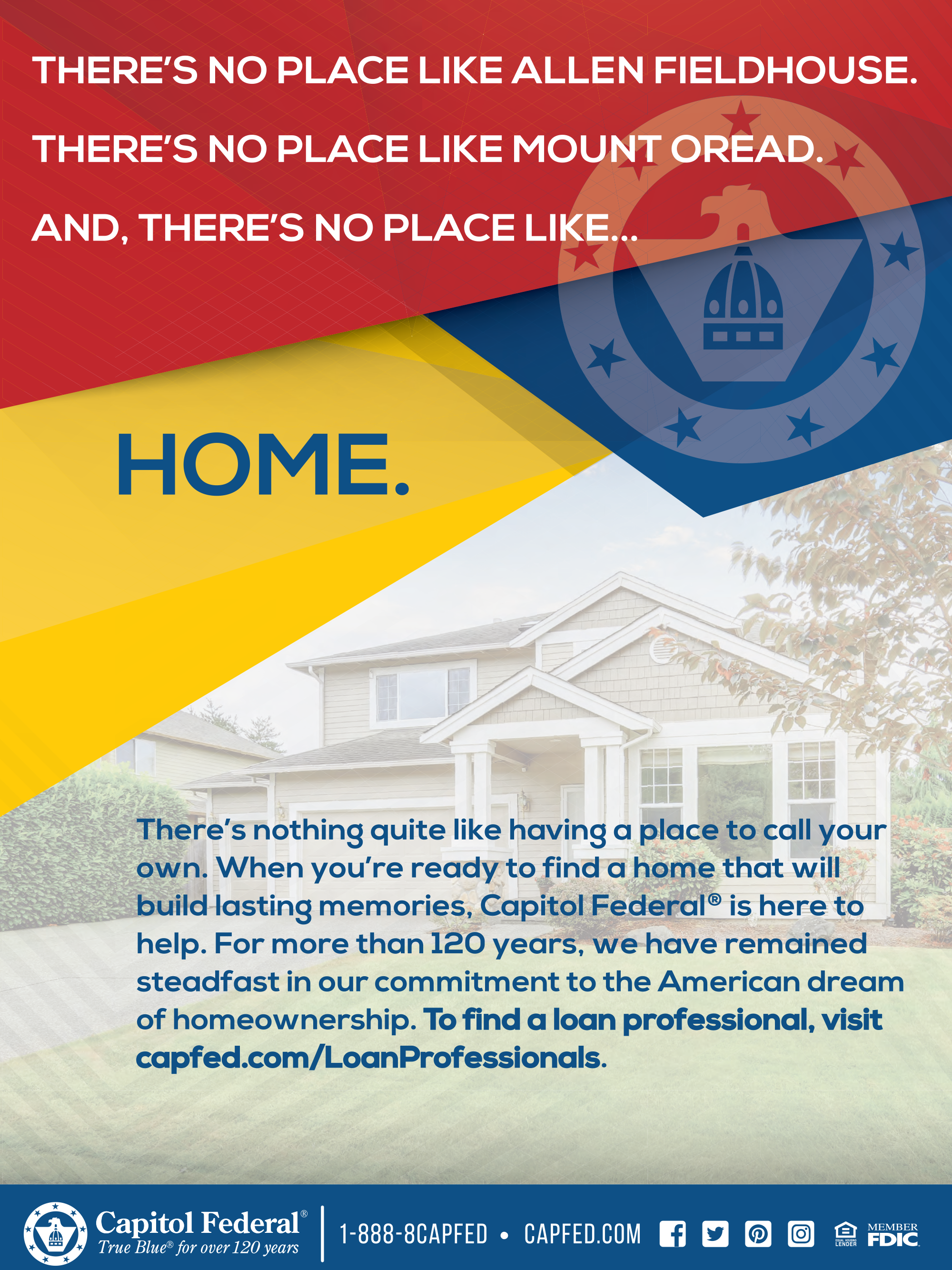 Q: Why did you choose KU?
A: When I got the call that I could go on a visit to KU, it was a shock to me because I’d never been to Kansas before. Once I came here and I saw the facilities and met the coaches, the whole vibe was something different, especially being from New Jersey. I knew out of any school, that I’d rather come here.

Q: Coming all the way from New Jersey, what was that like?
A: It was tough as far as the way people are and how I had to change things about myself. It was also tough as far as going from high school to college because that is always an adjustment. As far as the states, (Kansas and New Jersey) those were different. Definitely a change.

Q: Did you play any other sports growing up?
A: I played basketball a lot when I was younger, but I stopped that to do track. I also played football and stopped to do track.

Q: What made you decide on track & field, specifically jumping?
A: I started track (my) freshman year in high school because my two older brothers ran track. My oldest brother went to the University of South Carolina and I wanted to go Division I like he did, so I decided that’s what I was going to do.

Q: Your father ran track at Villanova. Was your dad your inspiration?
A: Not necessarily. He never really talked to us about running track. He would let us play any sport. It (my inspiration) is mostly my older brother. When I started going to watch him triple jump and started going to his meets and I met the coach at my high school, I kind of fell in love with it. I had never run track before and it so it was interesting to me.

Q: What was it like to only have four years of track & field experience before coming to KU?
A: What I’ve learned is that a lot of people who do track when they are younger, they often burn out. I don’t think starting in high school gives you an advantage over people who started early, but you learn different things from different coaches. Learning from just one coach, you can focus on one specific way of learning to jump or run.

Q: Your father ran track at Villanova and your brothers also ran Division I track & field. Is there friendly competition amongst your family?
A: It wasn’t really competition. It was more me trying to get to where my brothers were when they were my age. So, if my brother was touching the (basketball) rim in eighth grade, I would try to be able to touch the rim in eighth grade. It was a lot in basketball, like jumping ability, how far you can jump. I was always the slowest racing them and didn’t have as much bounce, but I would always try to get to where they were so I would be good.

Q: I’m curious about your thoughts on another athletically-oriented family. What’s your take on Lavar Ball and Big Baller Brand?
A: Their family is definitely succeeding. I don’t know why LaMelo went overseas, I think he could have just went to college. But they are succeeding. They kind of have the same structure as my family; where it’s three brothers and one went very far, while the others are following in his path. It really helps when you have someone that close to you who can tell you how to get there.

Q: One day, whenever it may be, what would you like to do when you no longer are competing competitively?
A: Hopefully I’d be able to coach somewhere. If I’m doing something that doesn’t involve track, I would like to become involved with law enforcement and be a state trooper. I don’t know where, but I am interested in law enforcement. My mother works in law. She works next to the police department and growing up, seeing that and their authority and what they do every day, it interests me.

Q: You mentioned “The Office” is your favorite TV show. If you were a character, who would you be?
A: I watch it every day. I laugh at every little thing that happens. I feel like Michael Scott (played by Steve Carell) is like me because he says whatever he wants and always has the same attitude, even if the people around him don’t “get” him.

Q: Can you describe what it felt like to be named an All-American last year?
A: It was crazy to me. Going into the meet indoors, my goal was to make finals, because if you make finals you are an All-American, no matter what you jump. Then I looked up and I was in fourth place, then fifth place. It didn’t really hit me until I went back to the stands and everyone was cheering. I’d dreamt of this, but it’s different when it actually happens.