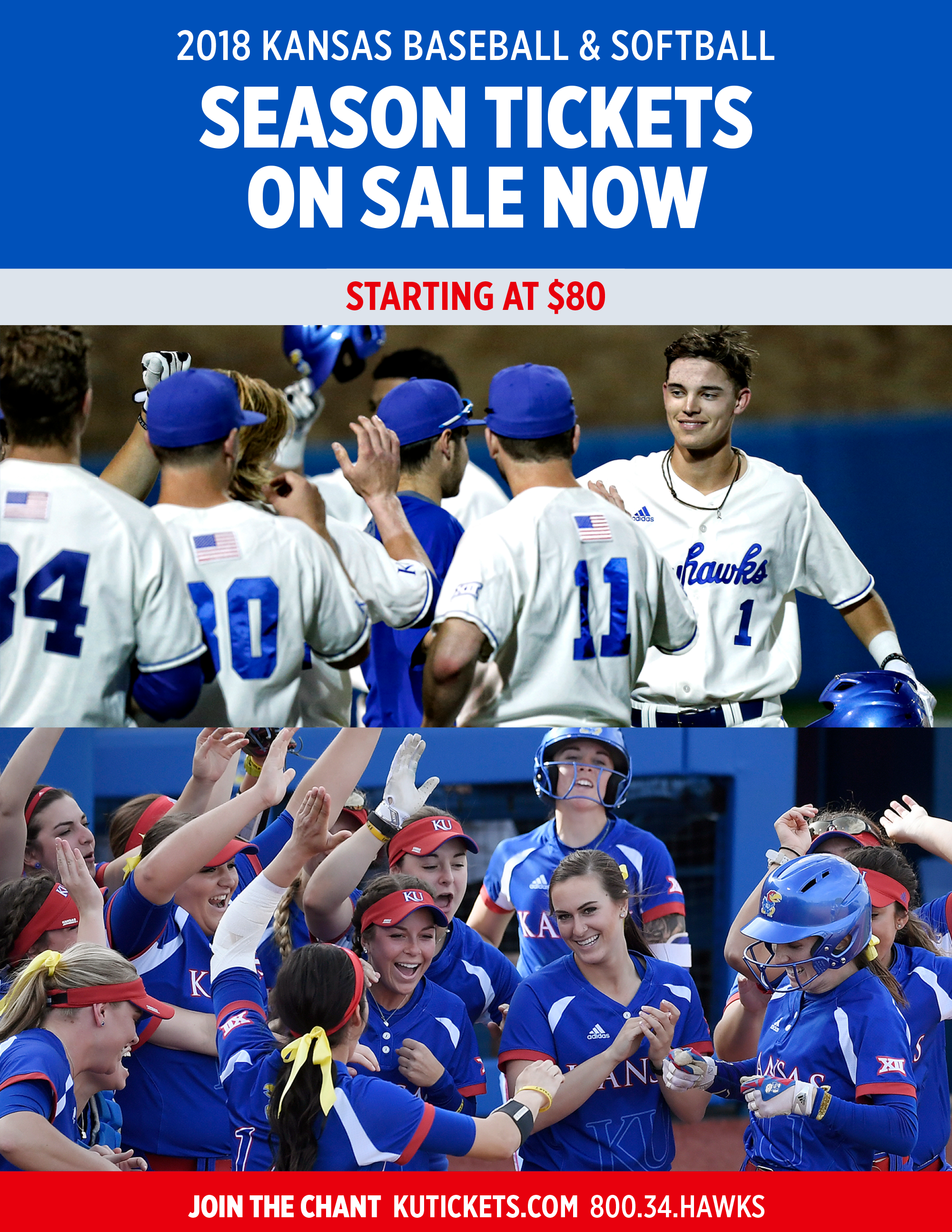 Sophomore right-handed starter Ryan Zeferjahn blazed his way to a 3-0 start following a career day against Texas Southern (March 4) to help the Jayhawks complete the series sweep of the Tigers.

Zeferjahn turned in one of the best performances on the mound for Kansas since 2014. The hurler fanned a personal-best 14 batters to pick up that third win of the season. Those 14 strikeouts marked the most K’s for a Jayhawk in a game since Frank Duncan struck out the same number against Mississippi Valley State on Feb. 23, 2014.

“I am truly honored and humble with this honor,” Zeferjahn said. “I felt really good yesterday, and to be named Pitcher of the Week with how good our conference is, means a lot. Yesterday gave me a lot of confidence and I know I can throw my off-speed pitches for strikes. I just need to keep working and build off that as we move forward.”

Zeferjahn ranks first in the Big 12 Conference in strikeouts, and averages 9.7 punch-outs per start. His performance this season comes as no surprise to associate head coach and pitching coach Ryan Graves, who knows a thing or two about developing pitchers.

“(It’s) Good that he is getting to the point where he is pitching and mixing really well,” Graves said. “He was thrown into the fire last year and part of his development was learning on the job. This year he is starting to learn to pitch and compete, and it is fun to watch.”

Graves has groomed nine other pitchers to Big 12 Pitcher of the Week honors outside of Zeferjahn, most recently Ben Krauth in 2016. The list of names includes the likes of Frank Duncan, Thomas Taylor, T.J. Walz, Brett Bochy and Don Czyz. Not only are those names plastered throughout the Kansas record books, but each have made it to the next level of playing pro ball.

“Zeferjahn has a world-class arm,” Graves said. “That is as good of an arm as we have had in my time at KU. If he continues to grow and develop, and work on the finer points of pitching, he has a chance to be as good as anybody we have ever had at the University of Kansas.”

Zeferjahn makes his fourth start of the season this weekend, when the Jayhawks take on St. John’s in a three-game series at Hoglund Ballpark (March 9-11).