RCW: The Beginning of an Old Rivalry 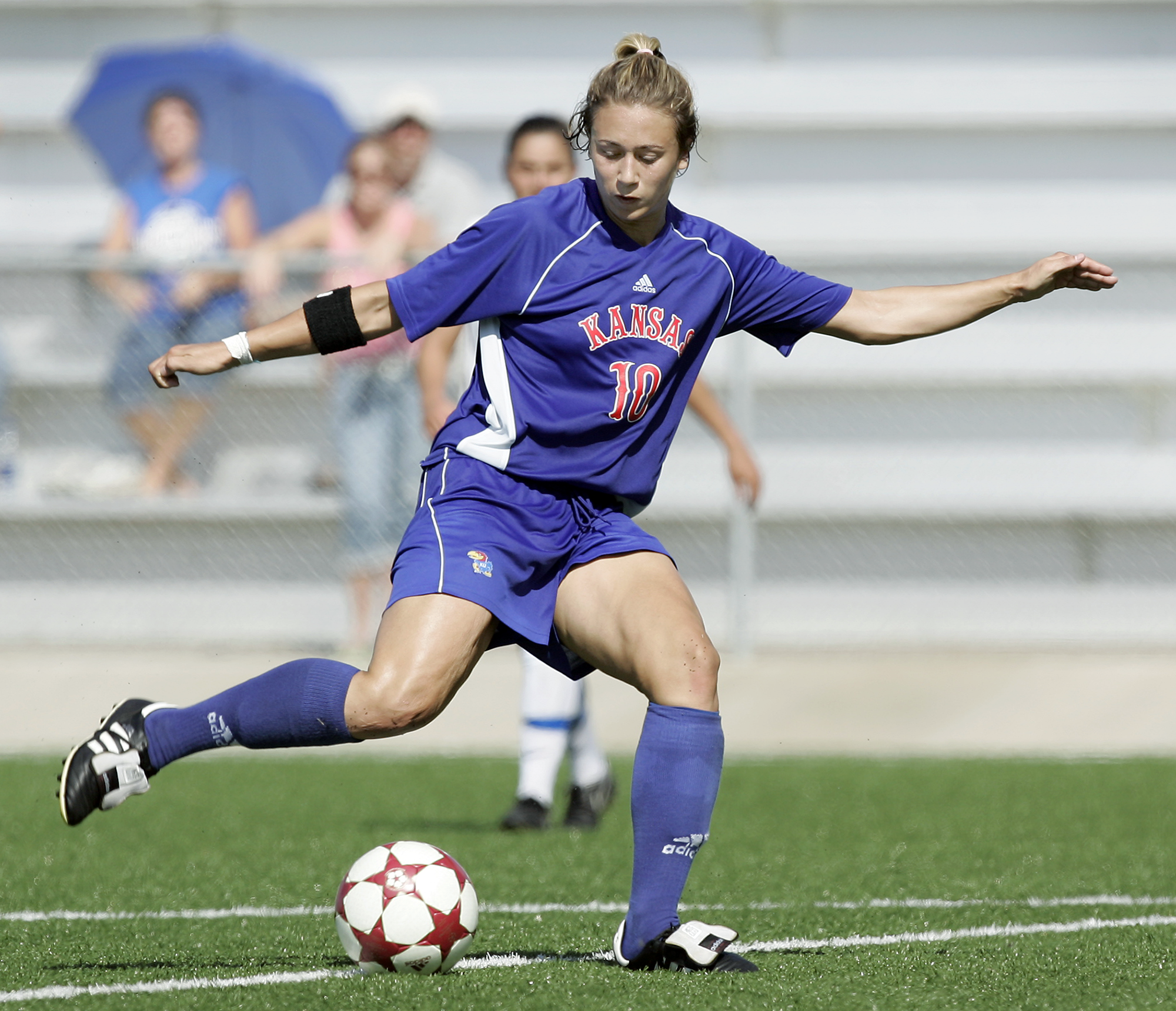 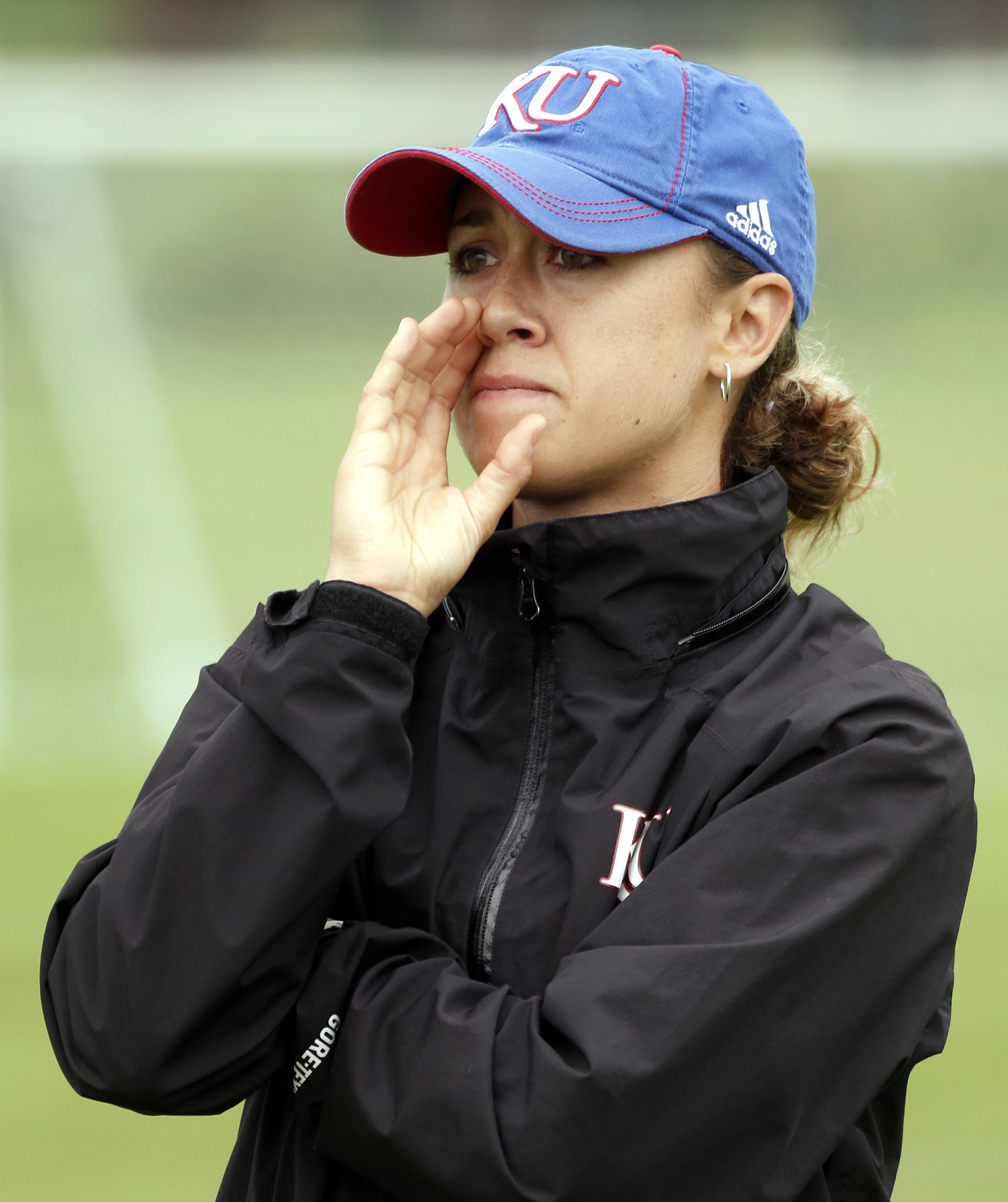 A rivalry in the world of sports is an interesting relationship. Players and teams want to be the best, but they also want to have that one other player or team that fires them up. They want the extra pressure that comes with having a team to be their rival, even if it means playing a tougher game.

Kansas had one of the greatest rivalries in the country. The Border War (or Border Showdown) between the Jayhawks and Missouri both angered and excited players and fans at the same time, but with Missouri leaving the Big 12 Conference in 2012, that spot was left vacant. The empty spot of Kansas soccer’s primary rival wouldn’t be empty for long, as Kansas State will fill the void just five years later.

Kansas soccer was lacking this rivalry excitement. The team had a taste of it last year, when it played Missouri during the first round of the NCAA Tournament – and the Jayhawks won – but now the setup is about to change. K-State, which added women’s soccer in 2016, is participating in Big 12 Conference games for the first time this season, and the Jayhawks are eager about the potential energy and excitement this matchup could bring. Senior midfielder and Olathe, Kansas native Hannah Lukinac, who has seen firsthand the battles between KU and KSU in other sports, is looking forward this new rivalry.

“I think everybody is excited, especially since Missouri has always been a huge rivalry, and (with them) leaving the conference, we haven’t really had that authentic rival anymore,” Lukinac said. “So having K-State joining the conference brings that back a little bit, having another Kansas school drives that competition.”

The student-athletes are not the only ones that are excited about this game, though. The players said their families and friends are also expecting a great time between the two Kansas schools. Wichita product Grace Hagan talked about how her brothers always watch KU against K-State in football and men’s basketball, so she doesn’t see why it should be any different with women’s soccer.

To add to the excitement factor, several Jayhawk soccer players are familiar with numerous on the K-State side, having played with and against many Wildcats during their high school and club soccer careers. This situation makes the game more personal.

Personally knowing the team and the weight of a rivalry game can be challenging. On top of that, the Jayhawks know the target on their backs will be large in the first matchup on October 6. Hagan is a Jayhawk who seems to understand this well.

“It is a standard for them to not have anything to lose considering it is a new program and us having everything to lose considering we have been around for a while and we really should be fully developed by now. So I think that they are coming in kind of as an underdog, being a new team. But in any case, we should just look at it as another game to win in the Big 12,” Hagan said.

Kansas head coach Mark Francis agreed with his junior forward that this particular game should be treated no differently than the rest of the Jayhawks’ opponents. Francis wants his team to understand that this game is not the most important game ever, it is another game to win in the conference.

He also knows the game will bring a great, new environment that his players do not often experience. While the team has played important games at home – such as NCAA matches – it is new, both to fans and players, to have a standing rivalry. Coach Francis is excited about the women getting to play surrounded by loud fans and all the buzz this rivalry game will create.

He is not only excited for his players, but also for what it means to have another Kansas team in the conference.

“I think it is going to enrich soccer in the state of Kansas, because this is going to create a lot of buzz from that game itself,” Francis explained. “It will create a lot of buzz because it is the two in-state Division I programs playing each other for the first time. So I don’t know how much it will enhance our program or their program as much as it will enhance soccer in the state.”

While these are exciting factors, concentration is going to be key to achieve victory. However, concentration will be hard to come by. On top of the rivalry environment, a new conference game, and personal knowledge of K-State players, the Jayhawks still have one last hurdle. And this hurdle came from one of their own.

“Jess was a great player for us, and did an excellent job as a volunteer, and then of course as a paid assistant coach. I love Jess,” said Francis. “She is one of my very good friends, and it is going to be different playing against her for sure, but I’m sure she is doing a good job with them and getting them ready for it.”

She knows the Jayhawks inside-out, and she had a successful and intense time at KU. Smith played as a forward from 2002-05, and one of most emotional memories she holds is when her team won the Big 12 title in 2004.

“When I think about hard times in my life, on or off the field, or my players now, I think about that team that won the championship, and all that we did was what we had and it came down to hard work and grit,” Smith explained. “I think this is just a really special memory in my life, to know that you can make lot out of nothing, basically.”

But that doesn’t mean she is not ready to win the October 6 matchup at Rock Chalk Park. Smith wants a successful match for her team, a new memory to be made, one which is completely separate from when she was in college at KU.

It is not surprising to see a Jayhawk with such hunger for victory. It is also not surprising that Francis and Smith had similar thoughts on what it means for the state of Kansas now that there is one more women’s soccer program.

“I think it’s only going to bring positivity to both universities and the state as a whole,” Smith said.

The health of this new rivalry is already strong, with both sides not only excited for their team, but what it could mean for future generations of soccer players in the state of Kansas. It will no doubt be a great, new experience to see the KU-KSU rivalry extend to a new sport and a new venue.

But between the rebirth of an old rivalry, familiar faces playing against each other, loud fans, and personal bragging rights, this new match should be also about the excitement. In Lukinac’s own words, “There is new competition, a new feeling, so I think it will be very exciting and fun!”

The first-ever women’s soccer Sunflower Showdown is going to be played on Friday, Oct. 6 at 7 p.m., at Rock Chalk Park in Lawrence.