RCW: The Evolution of Recruiting 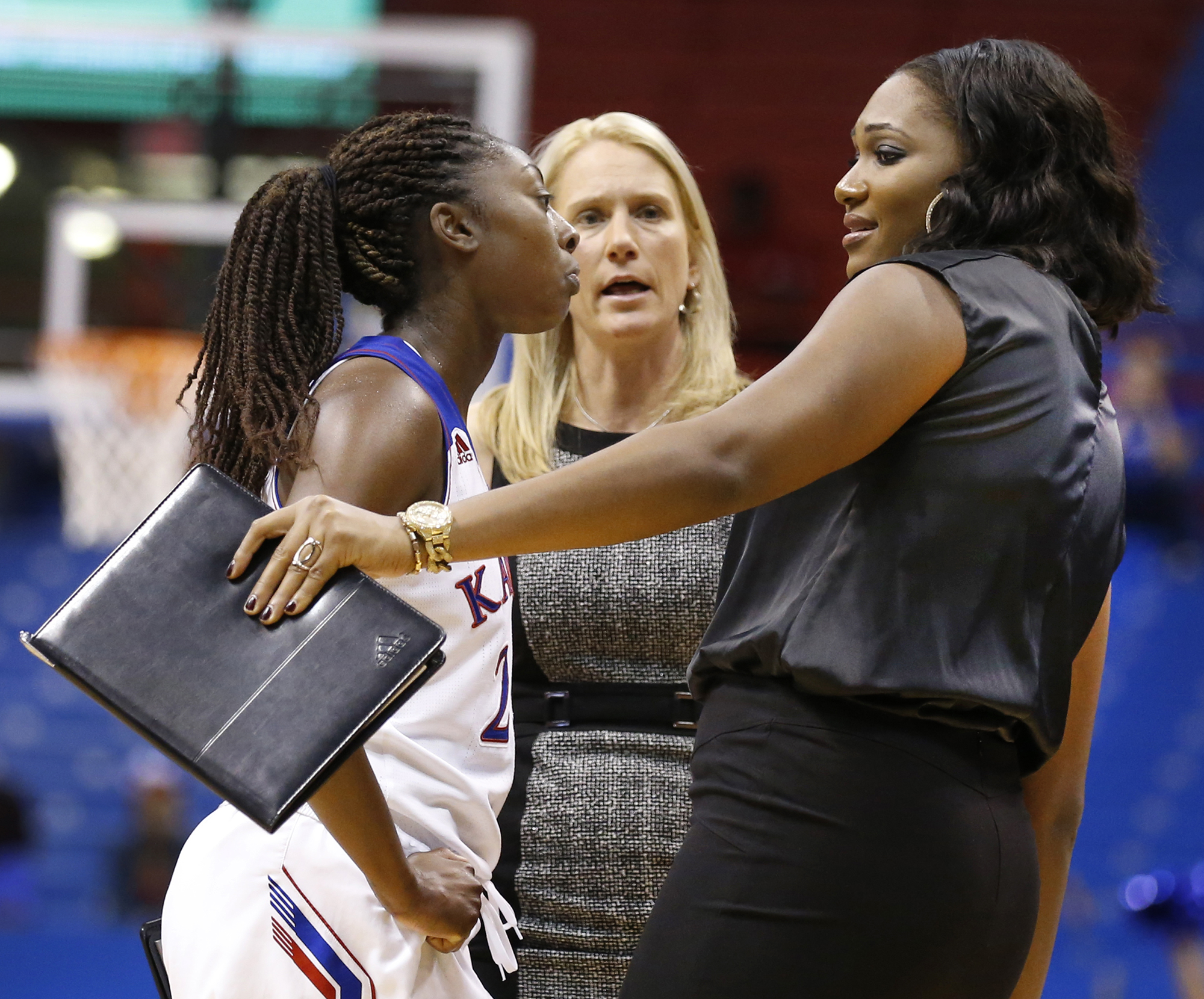 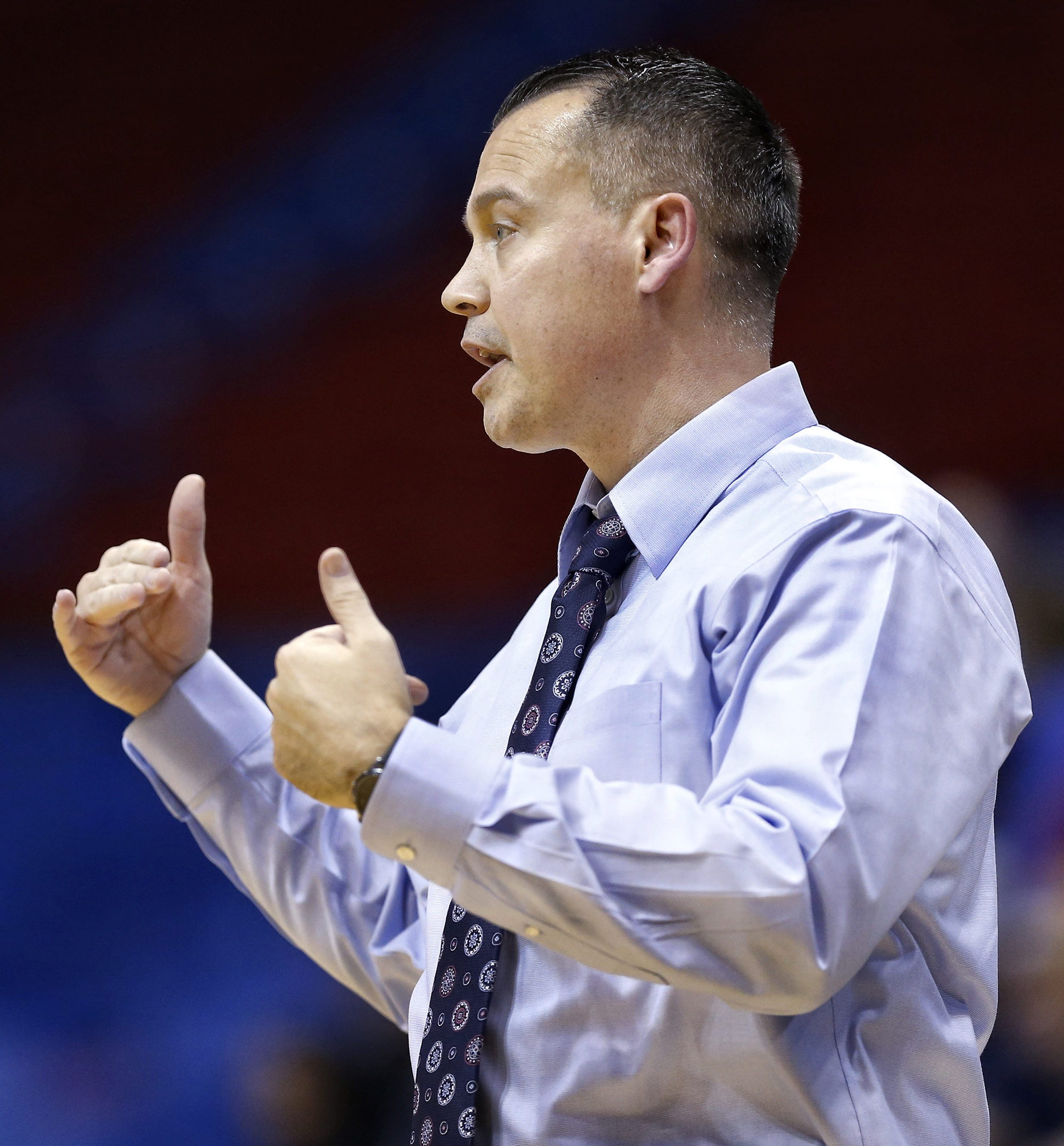 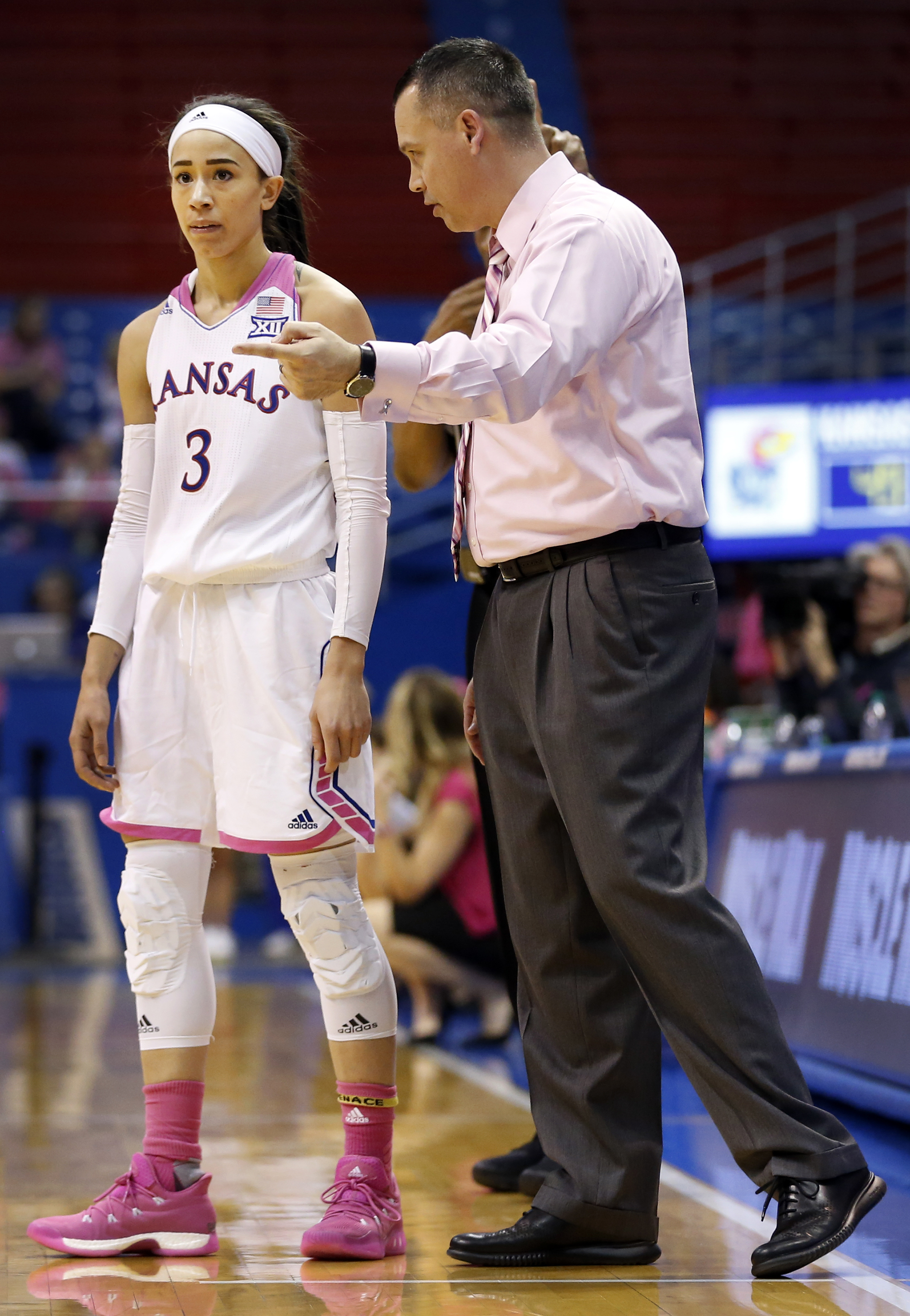 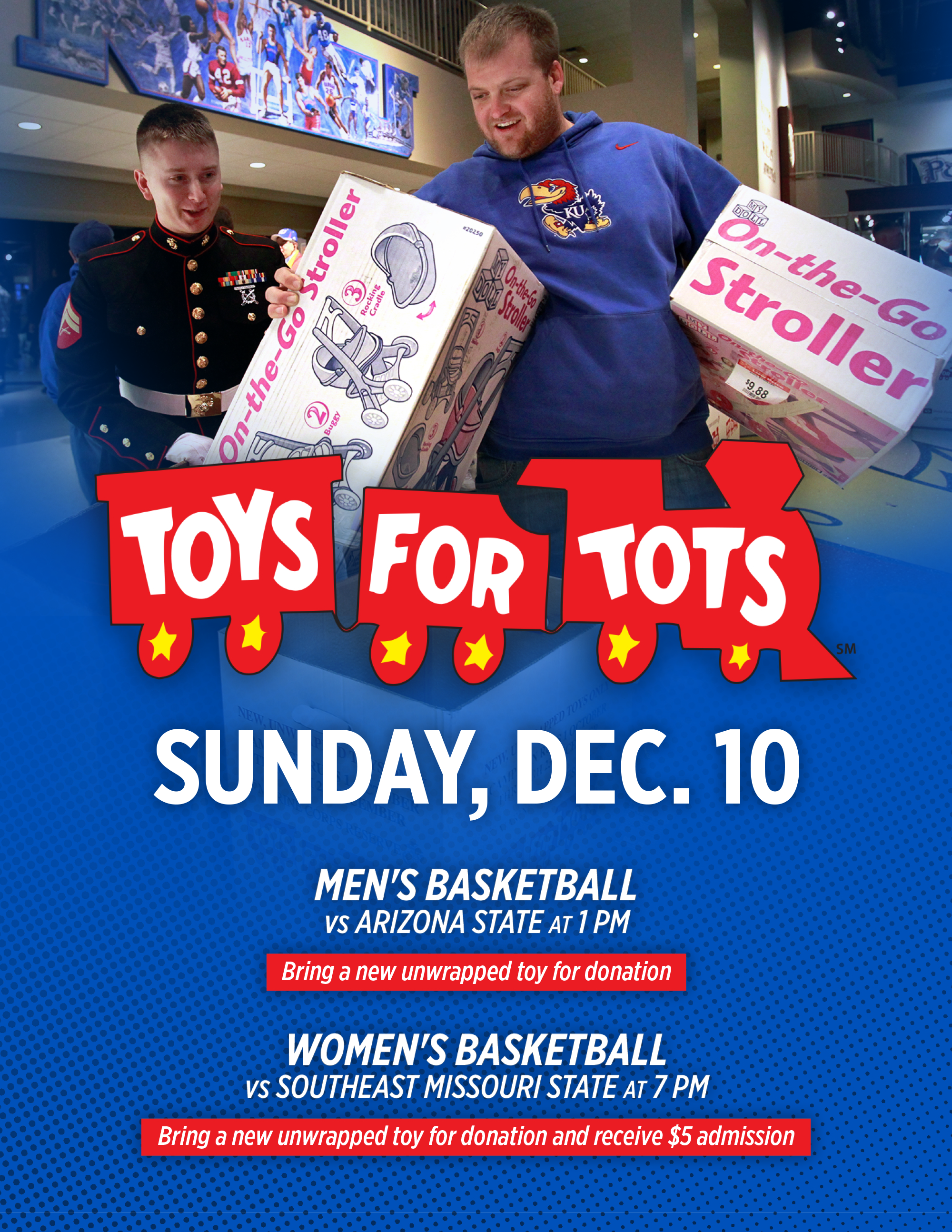 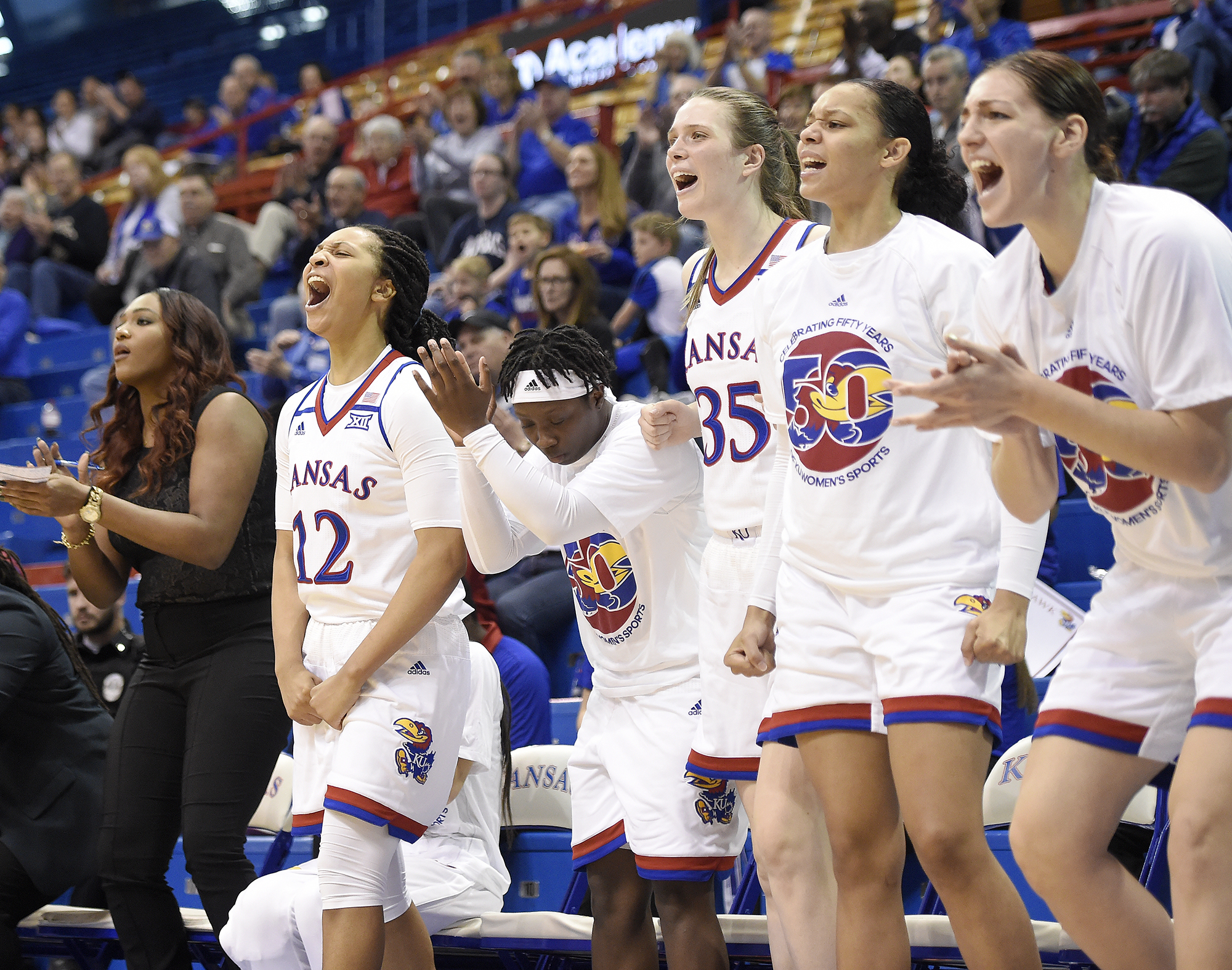 From handwritten notes to faxes to pay phone calls to text messages to tweets, each have played a significant role in the college basketball recruiting process.

“I would go on recruiting trips with my dad, obviously prior to cell phones,” Schneider said. “We would watch a game and then pull over to a pay phone so he could call the (recruit’s) house from the pay phone before we got home.”

The times of pay phone calls have ended as the recruiting process has evolved into the social media-driven system that it is now.

“Now we can like, favorite and retweet – we just can’t quote or respond,” Schneider explained. “The assistant coaches, more so, really have to pay attention to the different social media accounts so that we can be on top of those things.”

After the initial meeting or interaction with the recruit, social media becomes a key source of communication between the coaches and potential student-athlete. Coaches utilize social media to communicate pertinent information about the program that may interest or have relevance for recruits.

Assistant coach Damitria Buchanan pays close attention to multiple social media accounts, most specifically Instagram and Twitter, and uses them as a way to build and maintain relationships and form connections with recruits prior to their first in-person interaction.

Even before meeting a recruit, Buchanan is already working on sharing her story through her personal accounts so recruits already feel like they know her when they meet. Developing that relationship prior to meeting makes it easier to connect when the recruit makes a visit to campus.

“Social media is a big deal,” Buchanan said. “Everything I tweet or put on Instagram, I put it on there knowing that recruits are looking at it. (Whether) it’s something funny or something pertinent to what’s going on in life, something about Beyoncé or the hip hop awards, when I talk to these kids, they kind of feel like they already know me because they follow me on social media. I think that has a lot to do with building relationships.”

“Now, so much of it is graphic designs that we send through a text message (or on social media),” Schneider said. “You get a lot more response with those things. We still send mail and all of those things, but I think anything that can be done via the recruit’s phone is the route to go.”

With the use of social media in this generation, the graphic designs or edits, as the KU women’s basketball program refers to them, have provided a clearer and easier way to share information with recruits looking at Kansas.

“The good thing about social media is the amount of information we can get out,” Buchanan said. “Players feel like they know us and know our players.”

Social media has changed the way coaches start to build relationships with recruits, but face-to-face interaction still plays a large role in a recruit’s decision to attend a certain school.

Kansas uses Late Night in the Phog to continue developing relationships and show recruits all that KU has to offer. Late Night serves as the annual kick-off to basketball season at Kansas featuring 3-on-3 tournaments, video features, choreographed dances, a special musical guest and scrimmages of both the men’s and women’s basketball teams. On this special evening each fall, Kansas recruits witness live entertainment and the rich basketball history and tradition that Kansas possesses, all in the confines of historic Allen Fieldhouse.

“With my office 137 steps away from the (13) Original Rules of Basket Ball and standing on James Naismith Court tonight, there is no time more exciting than now to be a Jayhawk,” said Schneider at this year’s Late Night celebration.

For KU women’s basketball, Late Night is the final step in showcasing what The University of Kansas and its basketball program are all about. Depending upon the potential Jayhawk, this is a process that may go back weeks, maybe months, possibly even years. Whatever that time period may have been, building relationships, whether it’s with the recruits themselves, her parents and/or her previous coaches, is a vital part of KU’s recruiting process.

“I’ve been coaching seven years now and I’ve recruited from some of the same programs,” Buchanan said. “Recruiting older kids and then having younger kids come up after them and then those older kids are telling them about their relationship with these coaches.”

Because of their experience with the older players and seeing them go through the process, younger players on the team are already comfortable around college coaches.

“It’s just kind of like an automatic relationship with the younger kids because they feel like they’ve known you for a long time because you’ve been recruiting the older kids on their team,” Buchanan said.

The combined 26 years of coaching experience that Buchanan and Schneider have provides an element of trust with the recruit. Both coaches use their past experiences to build a relationship with recruits based on trust and backed up by their coaching successes.

“I think relationships are important,” Buchanan said. “When kids make decisions that aren’t based on relationships, that’s when they go to schools and end up transferring out of there, because they don’t have the connection with the players and the coaches.”

In addition to building relationships with the coaches, the connection with the members of the basketball program also has to be key in any recruit’s decision.

“(Recruits) may have chosen a program because it’s really good or because they knew they would go there and play right away, but they don’t have that connection and feel like they’re going to be taken care of, Buchanan explained.”

The Jayhawks’ staff is full of interconnected relationships that have formed through past experiences. The staff not only preaches the importance of building relationships, but practices it as well. Buchanan and associate head coach Aqua Franklin were teammates when they played at Texas A&M. Franklin, Buchanan and Director of Player Development Andy Majors were all on Schneider’s staff when he coached at Stephen F. Austin.

“Weekly, we may have a list of recruits who we need to touch base with, but there are also club coaches, high school coaches and junior college coaches that we need to stay in contact with (too). (In addition, we must) Continue to build and, most importantly, maintain relationships,” Schneider said. “I think it’s hard to not talk to a coach for four or five years because they haven’t had a player you’re interested in and then you want to go back to that.”

The relationship between coaches becomes especially important at the junior college level when that’s where nearly all of the communication is coming from.

Coaches and parents are the main source of communication with a recruit. Buchanan’s experience as a recruit herself was similar to the experience that Kansas wants to provide for its recruits. The focus? Always about building a relationship between the recruit and the program.

“All of the information that I gathered on teams had to come from what the coaches told me or what I was able to look up on my dial-up internet,” Buchanan explained. “It wasn’t like I knew as much about programs as people know now because it (the information) just wasn’t as accessible then. My decision was based on relationships and where I felt more comfortable, talking to the coaches and being around the players, because I didn’t have as much data to rely on and make a decision.”

Now, as a coach and therefore on the other end of the recruiting process, Buchanan carries over her personal experience as a recruit to her recruiting methods at KU.

“Everything I do is based on what I liked and what I didn’t like,” Buchanan said. “When I got to a school (as a recruit), it was important to be able to talk to the coaches about whatever was going on in my personal life and having an open dialogue about playing time or what I could do to be better and earn more playing time.”

Buchanan wants her players to be able to have the same comfort level with her where they can ask those questions. She aspires to be a role model for her players.

“When I’m talking to recruits I use my experience,” she said. “I’m here to be a sounding board for the players, but also a role model and someone who they can relate to and look up to.”

Building relationships and being a person of inspiration is something that will never change about the recruiting process for Buchanan.

The development of social media has changed the overall recruiting process at colleges and universities across the country, but one thing that will remain constant for Kansas women’s basketball’s own recruiting method is building relationships with the recruits, coaches and parents who interact with the program.