RCW: The pursuit of excellence: The story of Jerod Haase 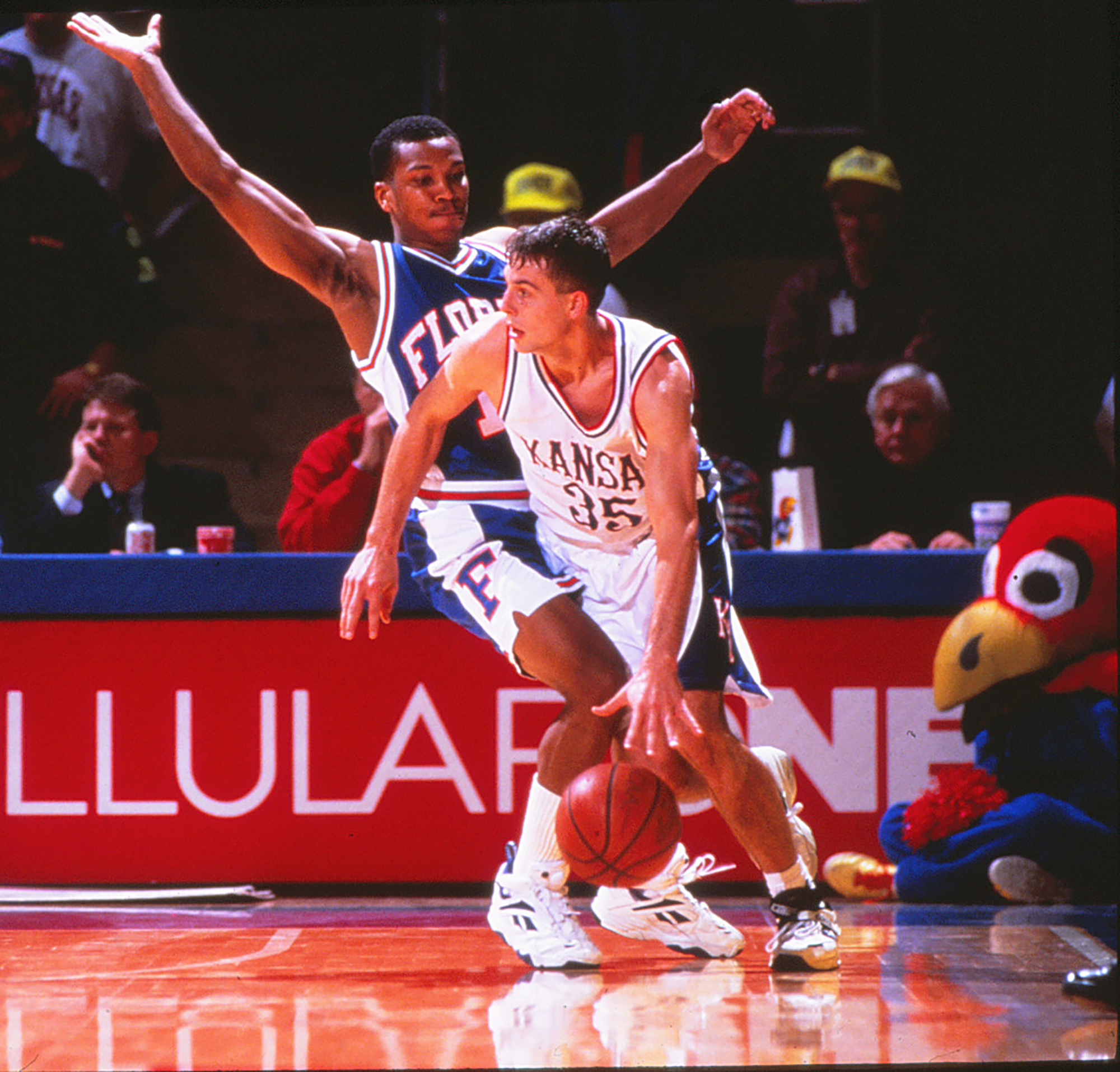 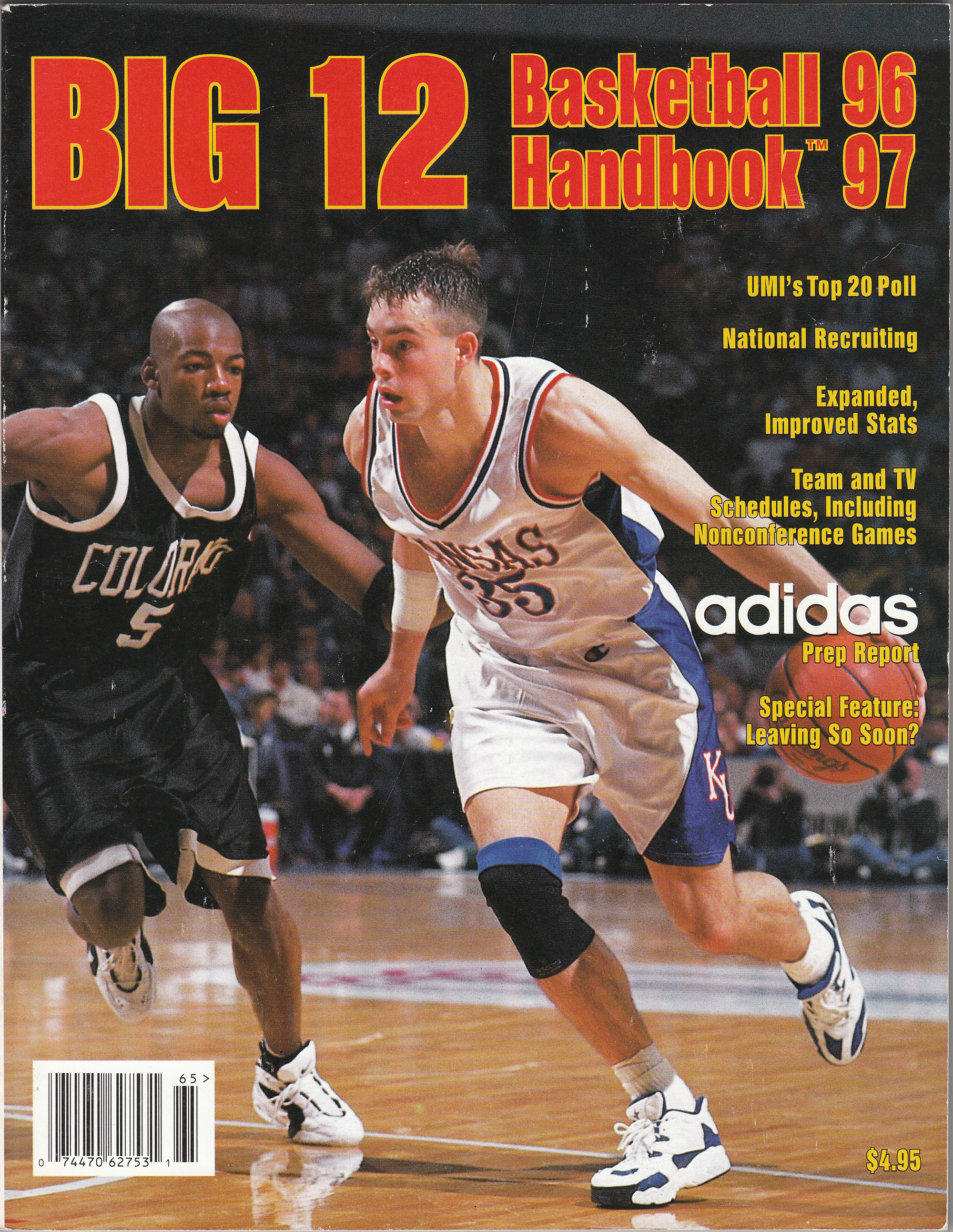 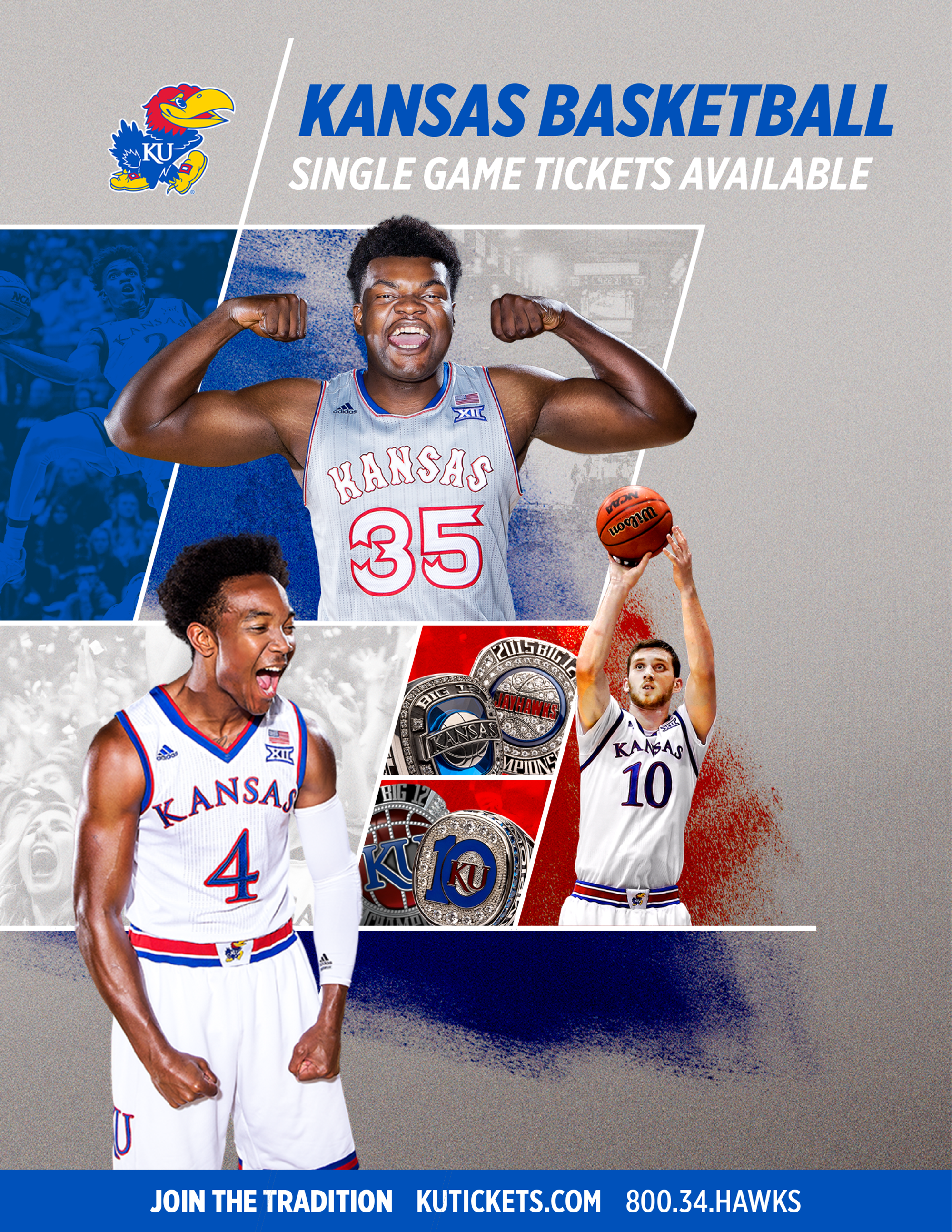 Watch the Jayhawks play this season!
Few people have the fortune to pin-point their dream, live it out and carry it on to new and exciting opportunities. Former guard Jerod Haase has done just that, living out his dream of playing basketball for the University of Kansas and moving on to become a Division I coach.

Haase’s life in basketball has come full circle. A native of San Diego, California, he has returned to the West Coast and is now in his second year as head coach of the Stanford Cardinal. However, he took a long, winding path from both of those points in his life.

Haase’s collegiate career started at California from 1992-93. Shortly after, he transitioned to the Midwest where he became a proud member of the Jayhawk squad (1994-97) coached by Roy Williams.

“My first year at Cal was hard,” Haase said. “Any freshman year is hard, but my father passed away and there was a coaching change, so I thought it was better to try something new and different. I decided to transfer and I was lucky that Coach Williams entertained my phone call and was able to make it work in the end.”

Landing a spot on the roster of a prestigious basketball program isn’t easy and the phone call with Williams was a leap of faith toward a dream that Haase had.

“It wasn’t his pitch to me, I think it was my pitch to him,” Haase said. “It was a dream for me to play at KU. I knew about the history and tradition, and wanted that chance to play at an elite level. It wasn’t a hard decision for me, it was more (of) me making sure there was interest on their part.”

Little did Haase know he would become part of that storied history as a three-year starter for the Jayhawks, a three-time conference champion and was named Big Eight Newcomer of the Year as a sophomore in 1994-95

“It was never an issue of personal goals,” Haase said. “I certainly wanted to play my best and contribute to the team and I was very fortunate to earn those kinds of honors.”

Teammate Scot Pollard was a freshman on the Kansas basketball team when Haase transferred to KU as a sophomore for the 1993-94 season. Although Haase had to sit out that year due to NCAA transfer rules, Pollard made it very clear that Haase was still one of the team’s hardest working players.

“As a teammate, he was the guy who you could always count on to give 100-percent effort, somebody who you could model your own effort after,” Pollard said. “If you weren’t going as hard as Haase, well you were normal, but if you could try to go as hard as him, then you were doing more than most people in the world. He played hard all the time and he practiced hard all of the time. Everything he did was (given) full effort. He was all go and no quit when he was playing hoops or working out.”

No matter what the circumstances were, Haase was the type of guy who would compliment his teammates and try to make everyone around him better. He was a natural-born leader who outworked everybody.

“Even when he made mistakes, he would go back and try it again to do it right,” Pollard explained.  “So you can’t fault anything about him on the court. He was hurt his entire senior season, with a broken wrist, and he just played with it all season long because he didn’t want to miss out on what should have been a championship run. That is the kind of guy he was. He didn’t tell us his wrist was broken, I don’t think most people knew. He just had a bandage on his wrist and he played his best. He didn’t shoot as well as he could’ve down the stretch because it (his wrist) was really starting to bother him. But as a teammate, there really wasn’t anything bad you could say about him as a player or a person.”

When Haase’s years as a KU player came to an end, he began to look for what was next in line in his life journey. And, at that point, he wasn’t quite sure what his next steps would be.

“I didn’t know what I wanted to do,” Haase said. “I remember after I was done playing I had kind of assumed that I was going to play for a long time and when I realized that I wasn’t a NBA player, I kind of shifted gears fairly quickly. I didn’t grow up dreaming to be a coach, I knew I always had interest in it but I also had interest in a lot of different things. I enjoyed going through and getting my business degree. (I) Didn’t really know what I wanted to do. I spent a couple of years getting a master’s degree and played overseas for a little bit. I tried to be an entrepreneur for a couple of years and then when the job came up on Coach Williams’ staff I knew I wanted to give it a try.”

Haase found his way onto the staff at KU, working as an administrative assistant under Williams from 1999-2003. Quickly finding that he enjoyed working beside his former coach, Haase followed Williams to North Carolina. This coaching collaboration, along with playing for Williams, ended up having a major impact on why Haase became a basketball coach. In addition, Williams helped Haase find his own niche with the coaching style he uses to coach his own team today at Stanford.

“I have said it many, many times, my greatest goal as a coach is to have the same kind of impact that Coach Williams had on me with my players,” Haase said. “My experience with Coach Williams was extremely impactful. I love the way he coached the team and ran the program. I think that had a huge part in why I wanted to be a coach.”

Williams cared about his players and recognized when there were members of the team going above and beyond in their training efforts. The coach demanded excellence from his players, who tried everything with confidence and passion, just like Haase. Pollard still remembers the energy that coach would command.

“Coach Williams made me a NBA player,” Pollard said. “The excellence that Coach demands from his players is very difficult to obtain. He would always say, ‘I will never be perfect, but I’m going to try my bad thumb just to get there.’ So I could see how Jared is cut from the same cloth.”

Because of his experiences of being a player on the KU team and the many years of coaching, Haase has been able to also keep in touch with many other former teammates who were able to make an impact on his journey that started in California, took him to Kansas and then to North Carolina before heading back to where he is today on the West Coast.

“We have that network now that I think is mutually beneficial for all of us,” Haase said. “The relationships we built while we were in college are lifetime relationships. Even those guys I haven’t spoken with in a while, we have that bond of shared experiences and diversities.”

Pollard mentioned having the chance to reconnect with Haase in California after many years of lost contact and it was as if nothing had changed.

“Haase is always there with a smile and ready to give you some advice if you need it,” Pollard said. “I don’t recall anything bad about Jerod Haase — ever. I was out in Stanford last summer and we grabbed lunch together, he was the same guy.”

The experience for Haase to be able to come back to Lawrence last season and coach inside Allen Fieldhouse reminded him of all of those fond memories that he had as a student-athlete playing in the historic venue.

“On the court (Kansas) wasn’t very nice to us so I didn’t like that,” Haase said with a smirk. “But off the court the support from the fans was truly second to none and that is something that I will remember for the rest of my life. The Kansas people have always been great to me; when I was a player and on the staff there, and coming back like that meant the world to me.”

As Haase recollects his time at the University of Kansas it is clear that it was a significant period in his life that he will forever look highly upon.

“My oldest son’s middle name is Lawrence, so I think that’s a good start,” Haase said. “And I met my wife at KU and had an overall tremendous experience on and off the court and it will forever be in my heart.”