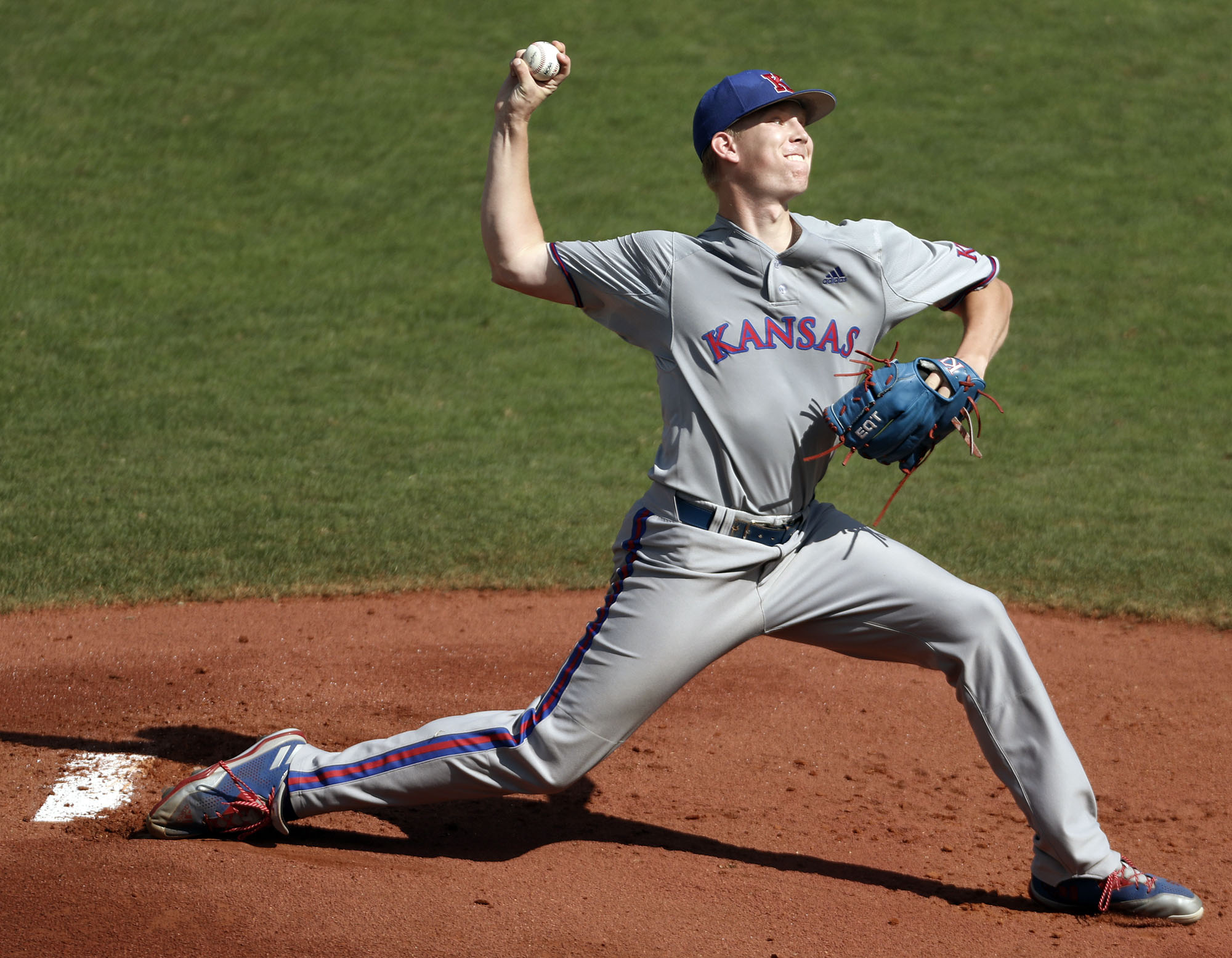 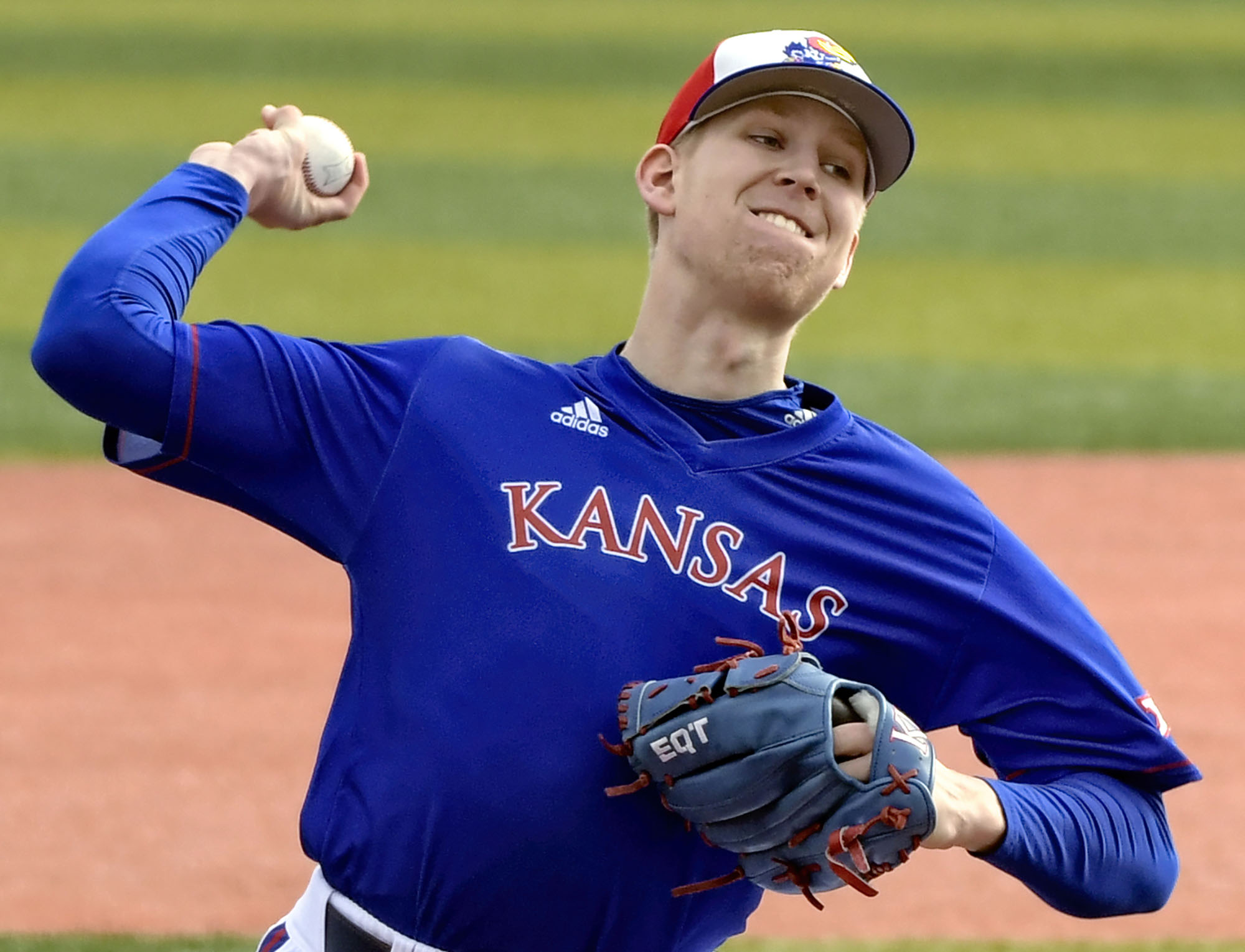 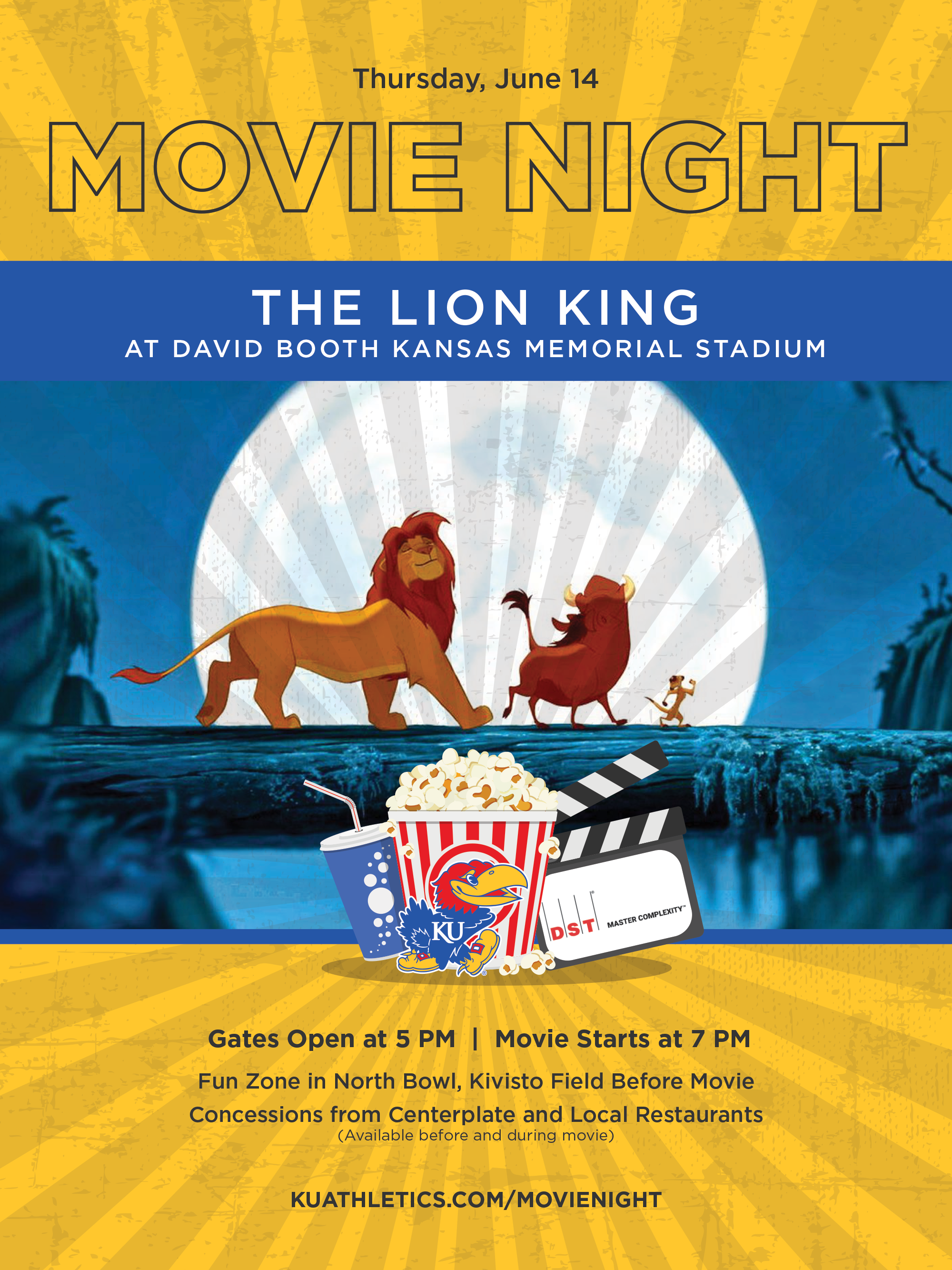 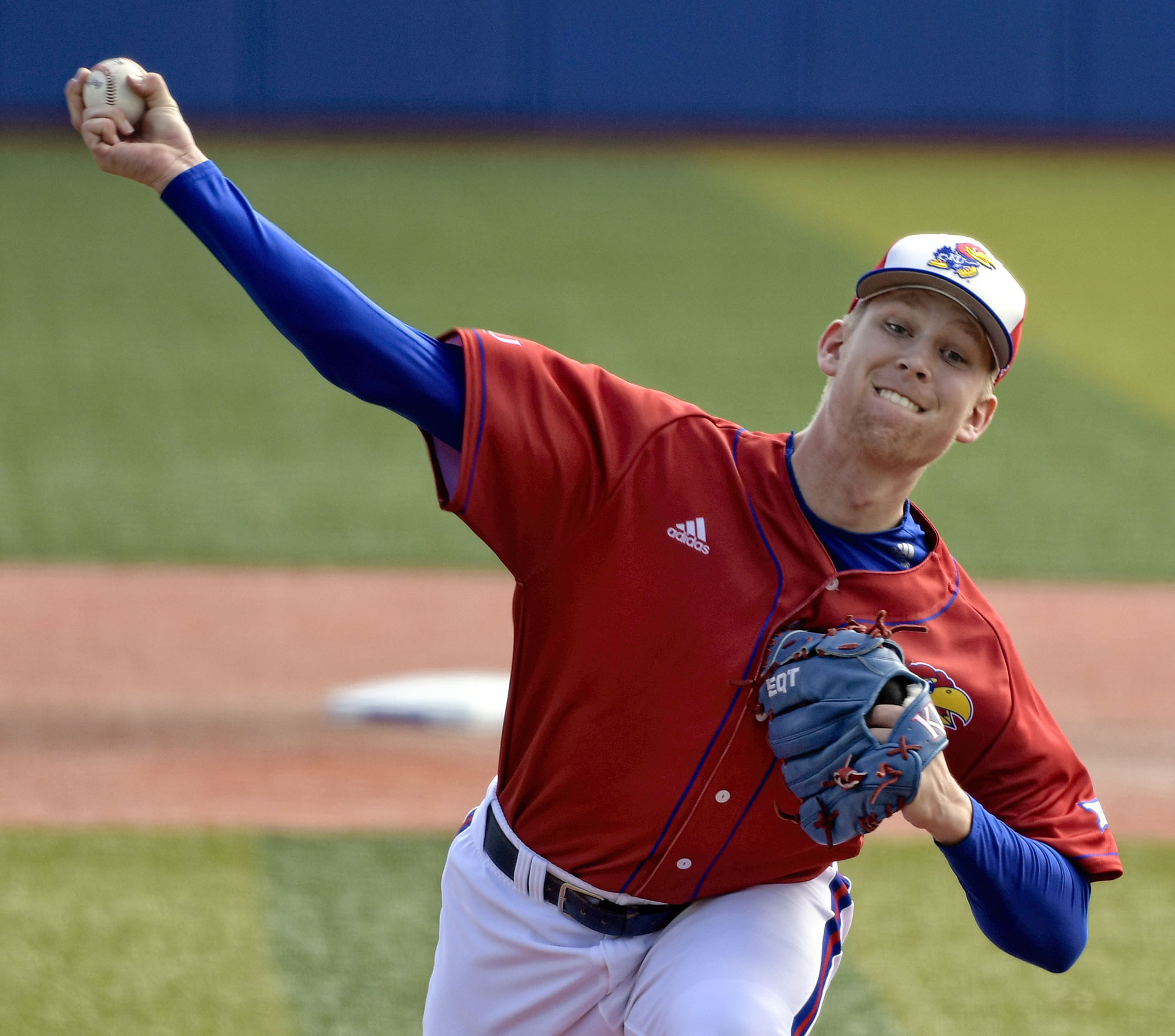 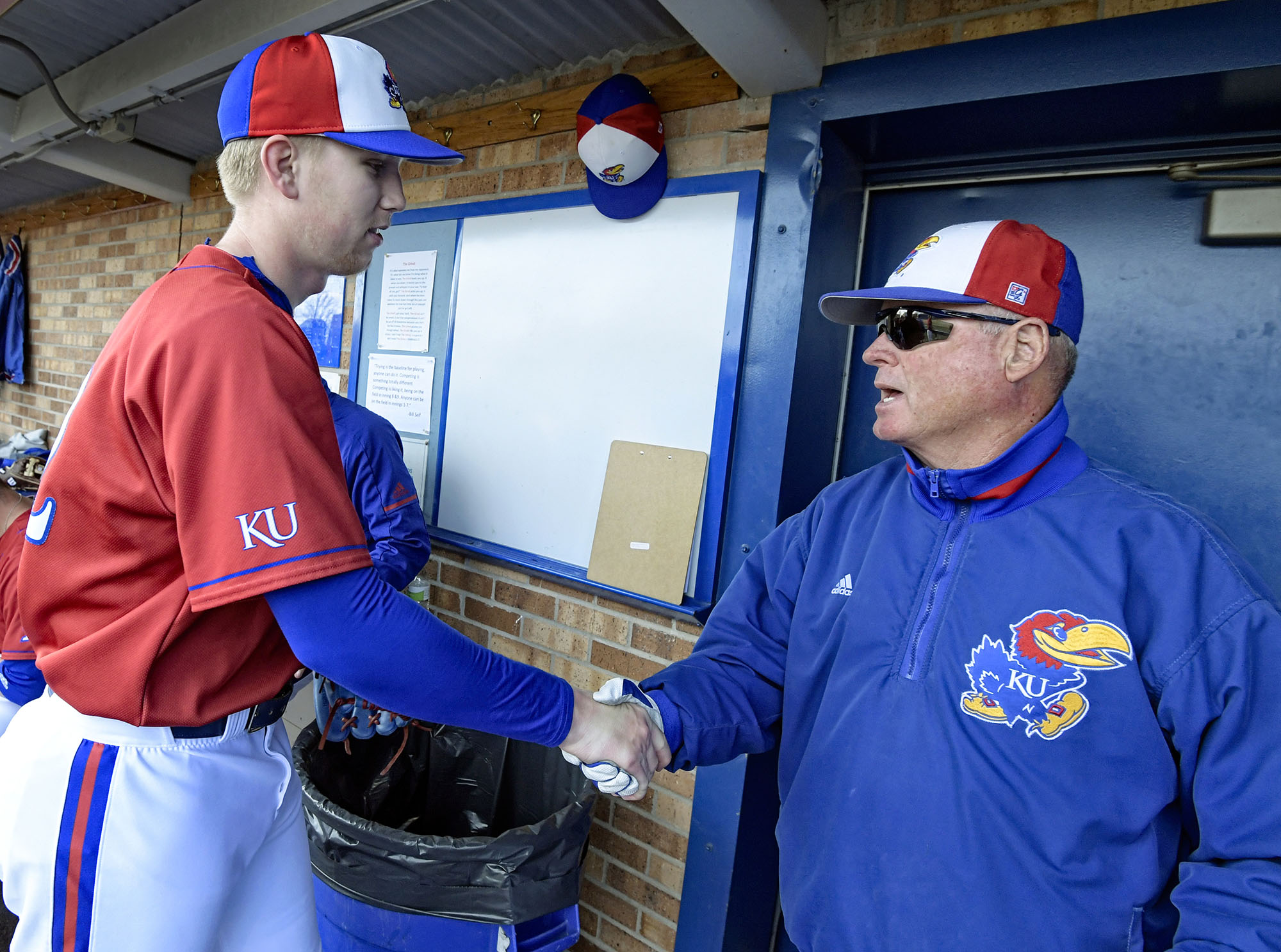 We have all had that team that we remember following. Staying up late to watch their victories and feeling like the world has come to an end when they miss their shot. Imagining being a team player on that team would have been a dream come true. University of Kansas sophomore baseball pitcher Ryan Zeferjahn turned opportunities into realities and has done just that.

“Rock Chalk Jayhawk” was never an unfamiliar chant to Zeferjahn. Not only did he live close to campus, but his family also ingrained the Jayhawk pride early on in his life. Zeferjahn remembers specifically coming into Lawrence for KU basketball games, proudly wearing the Crimson and Blue. Little did he know, becoming a Jayhawk student-athlete was just right around the corner for him.

Growing up in a family of athletes, it was no surprise that sports were a big part of Zeferjahn’s childhood. His mother, Latisha, was a two-sport All-American in softball and basketball at Washburn University in Topeka, Kansas. Two of Zeferjahn’s uncles played football at the collegiate level; Lucan Yarnell at Louisiana-Lafayette and Lyndall Yarnell at Kansas.

His uncle, Lyndall, likes to think that the family’s drive and passion for the Jayhawks was because of him. It was after he played football at KU in the 1980’s that the family drew themselves to the University.

“During high school I was a K-State fan until I saw ‘the light’ and committed to play football at KU,” Lyndall said. “Then, of course, my family became fans. Ryan, however, has been a fan all his life.  I like to think his uncle had something to do with him being such a huge KU fan, but I’m fairly certain it was his love of basketball and dreams of possibly playing there someday.”

Growing up around people of high athletic talent, helping Zeferjahn grow and learn about sports, was not a problem for their family.

“My family has always been really knowledgeable and really helped me get better in all sports I played,” Zeferjahn said. “Most of my and my family’s lives revolve around sports. At family events, we are always watching sports.”

Zeferjahn had a special relationship with his mother, who mentored him and taught him everything he needed to know growing up, including the game of baseball. But baseball was not the only sport that Zeferjahn found interest in.

He also played basketball and soccer in Topeka. His uncle, Lyndall, talked about the radiating passion that came from his sister (Zeferjahn’s mother, Latisha) when it came to her children.

“My sister, Ryan’s mom, pours her life into her kids,” Lyndall said. “Tish is considered the best athlete in our family. So it wasn’t a surprise that she coached Ryan’s little league baseball and basketball teams. Ryan and his mom are close. She instilled the need for practice by playing catch or shooting hoops with him in the yard. She taught him the importance of teamwork by coaching him to ‘pass the ball’ from the bench or stands. Ryan appreciates the support he receives from his family and our enthusiasm watching him pitch for KU.”

Seaman High School in Topeka is where Zeferjahn continued to display his athletics passion, as he was both an outstanding basketball player and pitcher on the baseball team for the Vikings. In his high school career, Zeferjahn earned numerous awards in both sports, leaving people wondering what path he was going to take into his collegiate future.

It wasn’t until the end of Zeferjahn’s prep career that he realized baseball was the route that he wanted to take. The opportunities that were opening up for him in the sport are what pushed him past basketball and onto a more competitive baseball route.

“I wanted to play basketball at first,” Zeferjahn said. “But then (I) realized that baseball was probably going to be my best (bet), so I kind of focused on that toward the end of my high school career. I had three seasons so I only played baseball only at certain times. I think having the opportunities to get away from baseball while I was growing up is what really helped me get this far in the sport.”

Although there were a few schools on Zeferjahn’s radar, he knew right away that he wanted to play baseball at Kansas the moment the coaches showed interest in him. However, in a unique turn of events, the Tampa Bay Rays reached out to him about his baseball career. Zeferjahn respectfully turned down the offer, as he wanted to gain more experience both on and off the field, becoming a better person and player, before entering the minor leagues.

“The first few days of the draft I was getting calls asking if I wanted to go to school or take the offer,” Zeferjahn said.  “But I didn’t think I was mature enough yet, so I was going to KU no matter what.”

And what a great pick it has been. His family was thrilled when the news hit that Zeferjahn was committing to Kansas baseball. Zeferjahn took the opportunity to continue his family pride at KU and also be a Jayhawk student-athlete, just like his uncle did in the ’80s.

“I was ecstatic,” Lyndall said. “Rock Chalk! I’m excited for Ryan to build lifelong bonds with his teammates and coaches at Kansas, similar to those I formed with mine while playing football so many years ago. In my day, the baseball pitchers I knew at KU were also good golfers. I’ve told Ryan, ‘I’ll need a ringer for the annual K Club golf tournament, so he’s to work on his golf game while he’s there too.'”

Zeferjahn’s support system, not only from his family, but also through his coaches and teammates, are one of a kind and a sense of pride that will never fade for him. When looking back at his time at KU, it is safe to say that Zeferjahn made a life-impacting decision to become a Jayhawk and he will proudly carry that family legacy on.

“I have grown and matured a lot in two years,” Zeferjahn said. “I think I have more help and people to look up to here (at Kansas), as opposed to going to the minor leagues and being on my own; not around family, not around people I know. We have nice facilities and the coaches have been great in developing me as a person on the field, but also off of the field. Coach (Ritch) Price is a person who has been great to have close to me because he has connections everywhere.”

Being able to make his dreams come true as a baseball player and as well as being close to his family is something that is unmatchable when looking at Zeferjahn’s growth at Kansas. The pride that travels through his family cannot be looked past.

Family is such a big part of Zeferjahn’s life that going to Kansas has been the best choice he could ever have made. He is able to become an independent young man, but he is also close enough to home where he can look into the stands and see his whole family there supporting him. Athletics were a big part of their lives, so making it to every game possible now is a priority for many members of his extended family.

“They sit in one group every game they come to and they are always really loud,” Zeferjahn said. “I think they love coming here and watching me throw and everyone else play. It is cool for them to be able to come to watch me play all of the time. It’s really awesome.”

The benefits of choosing the collegiate baseball route, right out of high school to KU, have become very prominent in Zeferjahn’s life. With his hard work and irreplaceable support, Zeferjahn propelled himself to All-Big 12 Second Team honors in just his sophomore season.

When looking on what more can be achieved in the remainder of his time at KU, however short or long that may be, Zeferjahn continues to keep a clear mind.

“Working hard and stay one with the team,” Zeferjahn said of what he aims to do in the future as a Jayhawk. “Make sure I am still team-minded and not getting selfish and whatnot. Still trying to win games as a team and just doing my best when I am out there and hoping that we can come together and play well.”

It comes as no surprise that Zeferjahn is a natural-born leader on the University of Kansas baseball team today. He has a strong mentality for the game. In addition, he has been able to bring the support that his family, especially his mother, provided him early on and carry that with him during his time so far in Lawrence. In the end, the opportunities for Ryan Zeferjahn are endless as he continues his journey as a Jayhawk.