Having Twin withdrawals, can’t wait to get back just to see her. ?? pic.twitter.com/Fwb5eSHlcd

From the tallest and biggest to the smallest and shortest….. I guess that’s life ???? @kaylacheadle pic.twitter.com/x6ou01SVH1 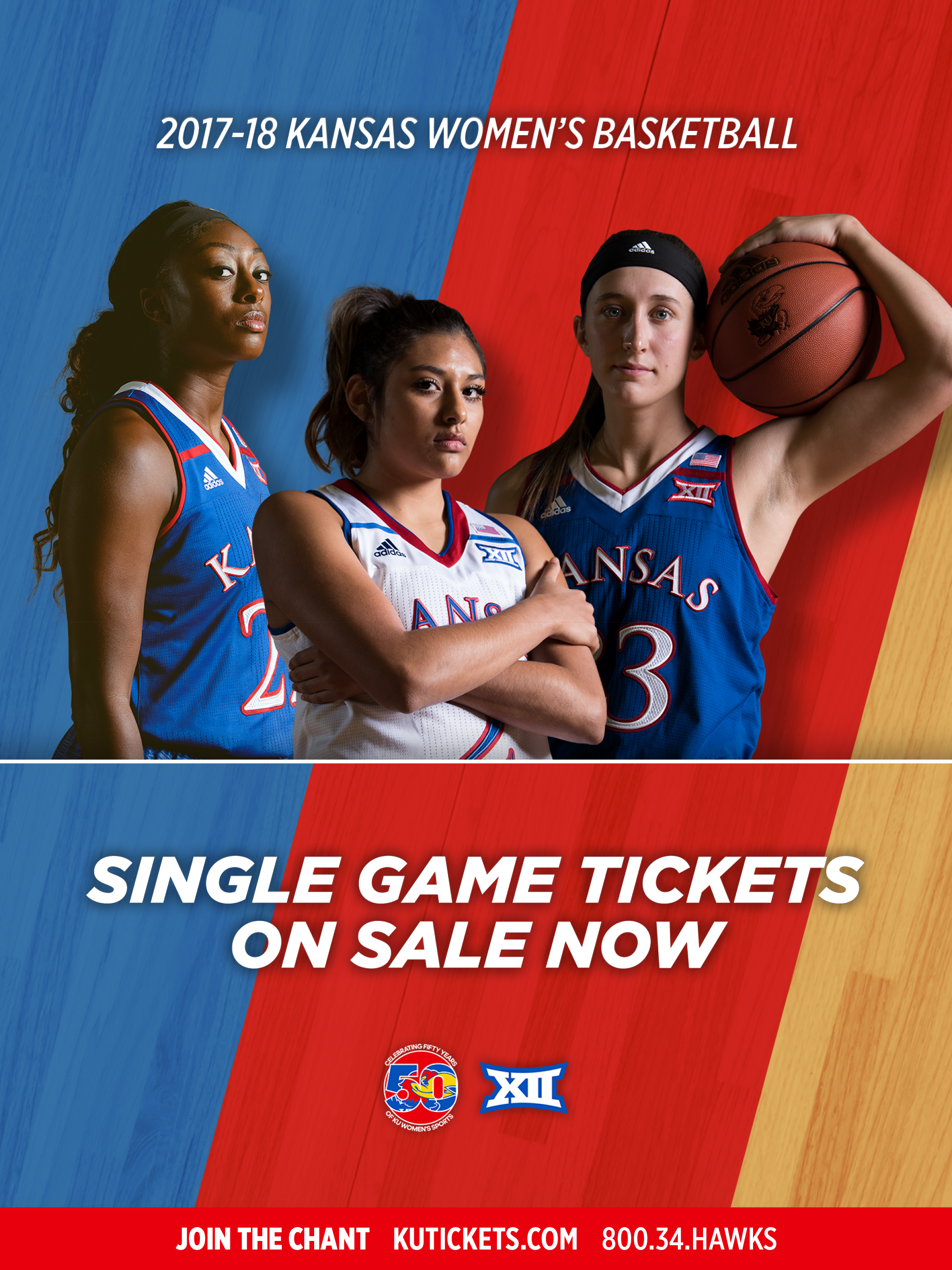 It is a huge decision to try to become a collegiate athlete. The stakes are high with scholarships and fierce competition involved, especially if the athlete is pursuing a professional career after their days in college. Because of all this pressure, the earlier the student-athlete decides he/she wants to enter into college athletics and focuses on their desired sport, the better for them to prepare and ultimately impress recruiters.

However, for some athletes, narrowing their passion down to just one sport is somewhat more difficult. Many sports specialists, such as coaches and recruiters, may think that playing different sports in high school is not a good idea, because it would be better to be focusing on only one sport, but Kansas senior forward Chayla Cheadle is trying to prove them wrong.

The Columbia, Missouri native did not only play basketball in high school, but also was a star volleyball player. She even mixed in a little bit of track. Even though she was very busy throughout the school year, Cheadle said playing multiple sports was not as difficult as people might imagine.

“Growing up, our mom always put us in different kinds of sports just so we could figure out what sport we actually wanted to do,” Cheadle explained. “I actually didn’t get introduced to volleyball until middle school. I just started playing both volleyball and basketball, and I decided I wanted to be a multi-sport athlete.”

And did that help her?

Cheadle explained how the jumping she had to do in volleyball translated into improvement in her rebound ability in basketball. She even acknowledged that she struggles with being in shape, and track – which she does not particularly enjoy – helped her with running exercises and staying fit.

Others can see the translation too. KU women’s basketball head coach Brandon Schneider sees Cheadle as a versatile player who  is ready to step up this season. Her versatility may be attributed to her differentiated skill set composed from years of practicing a variety of sports. Schneider is welcoming these versatile abilities more than ever.

“I am a big fan of multi-sports athletes,” Schneider said. “If for no other reason, I actually think they have the ability to stay healthy, just because they don’t go year-round on the same surface. I think this is important, especially for younger players.”

But even if she played different sports, Cheadle always knew basketball was “it” for her. Since a young age, when even her sister did not want anything to do with sports, she would play basketball with anyone around her.

And she made it happen.

“I used to always tell me mom and anybody that asked, ‘I want to play professionally! That’s my dream! I want to be the first girl in the NBA!'” Cheadle said.

Playing other sports was never an issue for her. Cheadle knew what she wanted. She was confident in her choice, but the opportunity to play different sports enhanced her skills and set her apart from other student-athletes.

“I love basketball, I have always loved basketball,” Cheadle said. “Volleyball was more (of) another sport to say that I did something, and I enjoy volleyball, I still can see myself playing volleyball, but basketball has always been my first love.”

So the decision to play basketball came naturally for Cheadle. One might say it makes sense, considering her parents both played college basketball, but she was not the only Cheadle to play several sports in high school. Her twin sister, Kayla Cheadle, is a middle blocker for the KU volleyball team, and she also played both sports in high school.

More impressive than all of this is that both twins were successful in volleyball and basketball. They received numerous honors in high school and Cheadle was even elected captain twice for the basketball team.

The Cheadle sisters live together in Lawrence, and they are always keeping up with each other. This is nothing new for them, though. They have always been close. So it was no surprise to Kayla when Chayla decided to focus on playing basketball in college. Cheadle took her junior  year in high school off from volleyball to focus on basketball. That is when Kayla knew for sure her twin was going to continue playing basketball and not volleyball.

Kayla is proud of her sister for being able to make that decision and with conviction. Even if she misses the chemistry they had while playing together, she admires her sister and the choices she made.

“She doesn’t let things get to her,” Kayla said. “She is just super strong. If something is bothering her, maybe you can see it on her face, but that doesn’t stop her from (striving for) her goal. She is a super strong person to me.”

However, the time that the twins played together is in the past. Now is the time for each one of them shine in what they do best, and Cheadle enjoys this different kind of freedom tremendously.

According to Cheadle, she and Kayla had different approaches to sports and athleticism in general. Cheadle was the “sporty” girl in the family, making sure to always practice basketball with whomever she could. Kayla did not want anything to do with sports until both volleyball and basketball were part of her life.

“Once we got introduced to volleyball, she started finding her love for volleyball instead of basketball, but we still did both [volleyball and basketball]. And then, when we got to high school, our parents would always ask, ‘College-wise, what do you guys want to do?’ and I always said ‘basketball’ and she would always say, ‘I don’t know, I’m going to decide’ and eventually it came down to volleyball.”

But it is not like the decision for which college to go to came easily for Cheadle. When she was playing in high school, her then-coaches were hired on to take over for the Missouri Tigers. Not only that, but several of her teammates were committing to Mizzou. In addition, Missouri was the first school that recruited Cheadle.

Missouri had the home-court advantage to recruit Cheadle. But Cheadle wanted to explore new places, not to stay in her hometown. She wanted to find a balance between having her own space and being with family. That was a huge factor on her decision to come to Kansas.

“I always had in (my) mind that I could possibly see myself playing at home, but then again, I’m also from Kansas City. I have a lot of family there so I thought, ‘You know, I could still be around family, and I could also be away from them.’ So KU kind of fit perfectly with that.” Cheadle said.

KU indeed fit perfectly. Cheadle has played in every game since she became a Jayhawk in 2014-15, and started each of Kansas’ 30 games during her junior year. This season, her final year donning the Crimson and Blue, Cheadle has been called upon to fill a different role, stepping up as a  versatile athlete and leader on the court for her team after unforeseen circumstances involving injuries have changed the makeup of this year’s team.

At the end of the day, playing multiple sports in high school was not a hindrance for Cheadle’s potential. If anything, it exacerbated her already-fantastic skills. Her Kansas teammates and coaches are thankful for her differentiated skill set. Again, it is not like there was any doubt in Cheadle’s mind at any point of her athletic career. She knew what she wanted and she went for it.

“It was always basketball.”