RCW: WBB Faces in the Crowd

Each week in Rock Chalk Weekly, the top Kansas Jayhawk performances are recognized as Faces in the Crowd. Get to know the projected impact players in this week’s basketball preview, including career highlights and a link to their full bio. 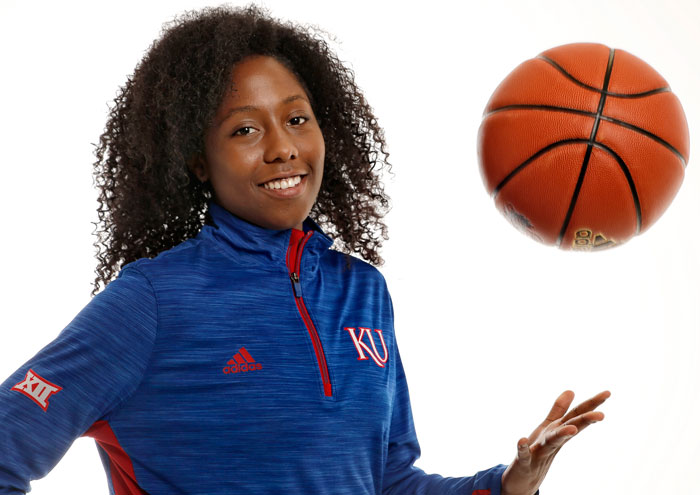 After sitting out the 2015-16 season, redshirt sophomore McKenzie Calvert is ready to get back on the hardwood and make an impact for the Jayhawks. Calvert came to Lawrence after one season at USC, where she appeared in 27 games and averaged 10.2 points per contest. Calvert opened the 2014-15 Pac-12 slate with back-to-back double-digit scoring performances to earn conference freshman of the week honors. A five-star recruit out of high school, Calvert was tabbed as the No. 16 prospect in the ESPN HoopGurlz 100 her senior season at Byron P. Steele High School. She was named a McDonald’s All-America nominee and was a four-time all-state and all-region honoree. 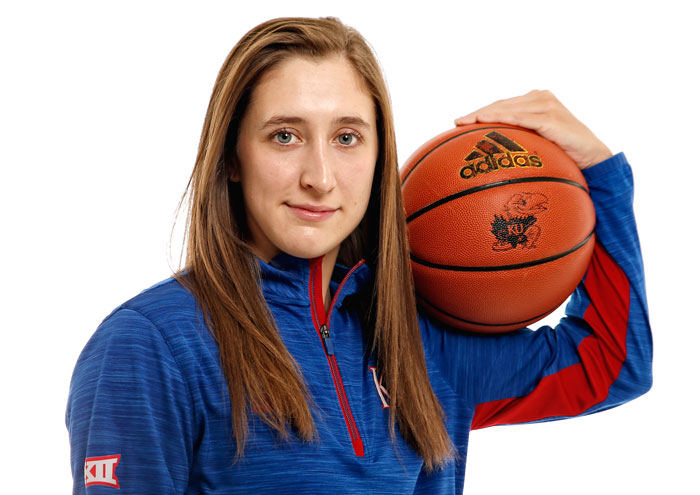 With an impressive rookie season under her belt, sophomore Kylee Kopatich has been waiting to get back on the court. A sharp-shooter from the 3-point line, Kopatich shot a team-high 171 treys and connected on 45 attempts, tying for the fourth-most 3-pointers by a rookie in Kansas women’s basketball history. From the field, Kopatich sank 31.6 percent of her shots taken. The Olathe, Kansas, product averaged 9.5 points per game and logged double-digit scoring performances in 16 games, including 9-of-11 nonconference contests. As a freshman, Kopatich averaged 33 minutes per game, ranking eighth in the Big 12 and first for the Jayhawks among returning players. 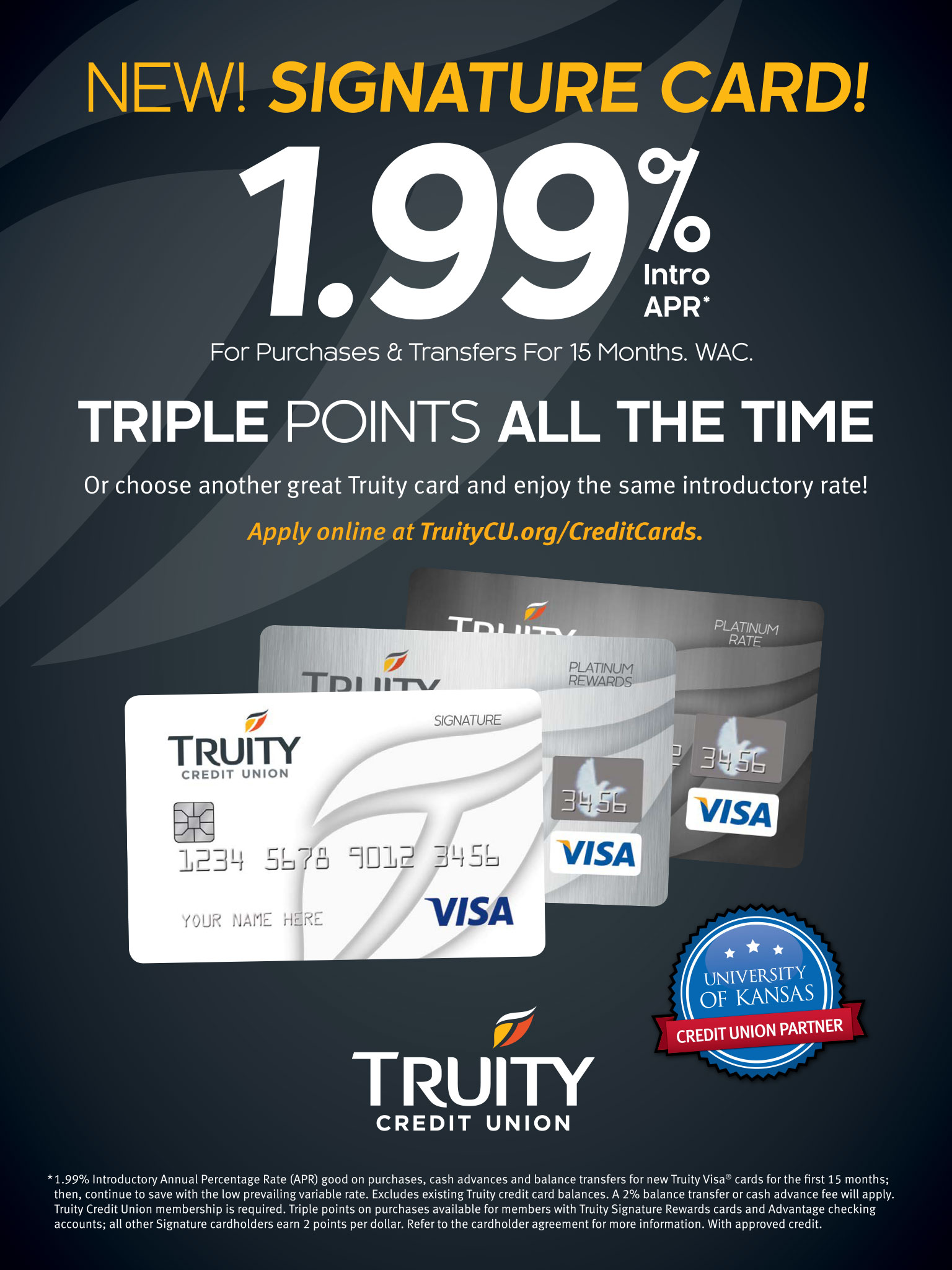 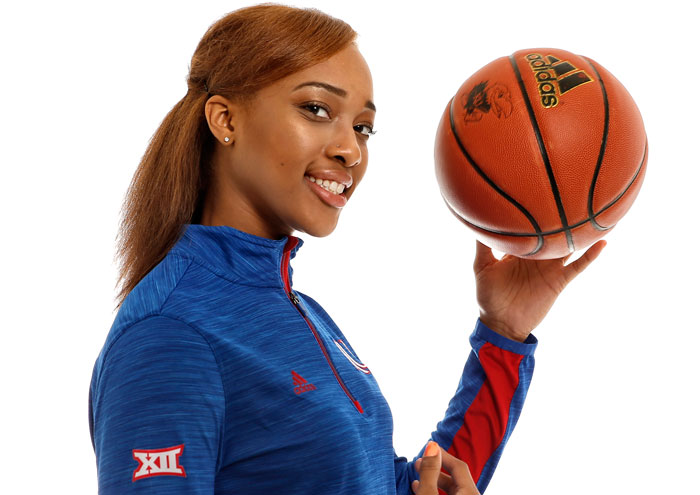 Caelynn Manning-Allen enters her final season in the Crimson and Blue in 2016-17. The senior forward makes her presence known on both ends of the court for the Jayhawks after recording her second double-double of the year in a 61-54 overtime victory against Navy (12/13) and moving up the ranks in shots blocked. The Chicago, Illinois, native led Kansas in rebounds in 2015-16 with 4.9 per contests, while climbing the Kansas record book for career blocks. After swatting away a team-best 38 as a junior, Manning-Allen needs just 13 more blocks to crack the top-10 list. Offensively, the two-time Academic All-Big 12 First Team selection shot 40.7 percent from the field and averaged 6.7 points per game. 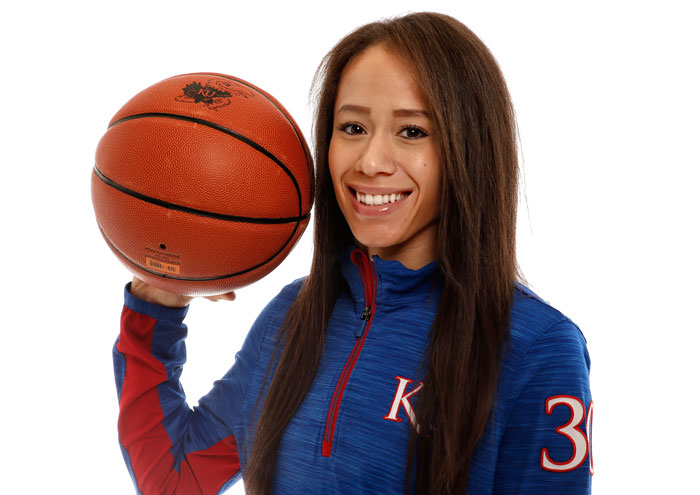 The wait is over for redshirt junior Jessica Washington, who returns to the hardwood after sitting out last season due to NCAA transfer rules. After arriving in Lawrence, Washington became just the second Jayhawk to earn McDonald’s All-America honors coming out of high school. The Tulsa, Oklahoma, product joins the Jayhawks after two seasons at North Carolina. Out of high school, Washington ranked No. 14 overall and the No. 2 guard in her class by ESPN HoopGurlz. Washington played with the U17 National Team and helped Team USA win a gold medal at the 2012 World Championships. Washington prepped at Jenks High School where she averaged 23.8 points and 7.7 rebounds per game as a senior.