A normal day for Kansas volunteer assistant soccer coach Derek Shoare does not begin or end with his work with the Jayhawk program, but it sure makes its way into his day somewhere.

Shoare has a unique position with the Jayhawks. He is a volunteer assistant who also has a full-time job, but still contributes 25-30 hours a week to the team.

Shoare’s day job is no small task. He serves as the senior vice president of sales for Challenger Sports, in Lenexa, Kansas, which is “the largest soccer camp operator in the U.S. and Canada.”

According to Shoare, his job responsibilities include “overseeing 80 full-time personnel, nurturing the culture of the company, making sure everyone is taken care of and helping with sales.”

A regular day for Shoare during soccer season is a busy one.

Shoare hails from Wolverhampton, a town in the middle of England. And he, just like many of his friends growing up, fell in love with soccer at an early age.

“I started playing at six or seven, but back in the day you never got coached, you would go out and play pickup games with all your friends. My first organized game was when I was about 10 for my elementary school,” Shoare said. “You just grow to love the game. Like every other kid when I was about 12, my dream was to play professional soccer.”

He went on to the University of London, a teaching college to play soccer and become a physical education teacher, all the while still the goal in mind to play professional soccer.

Playing at the University of London was not at all like what playing for his favorite club West Ham United would have been. There was one reason for that: no one ever went to the games.

“Soccer was a minor situation back then. There was a saying that the only people who would be there would be an old man and his dog, so there might be only two people at the game,” Shoare said.

After his college soccer career ended with two national championship appearances, Shoare became a physical education teacher. He did not give up on that elusive dream of playing pro soccer, settling on playing semi-professionally around England for seven years for the clubs Epping Town, Woodford Town, Cheshunt FC and Hertford Town. 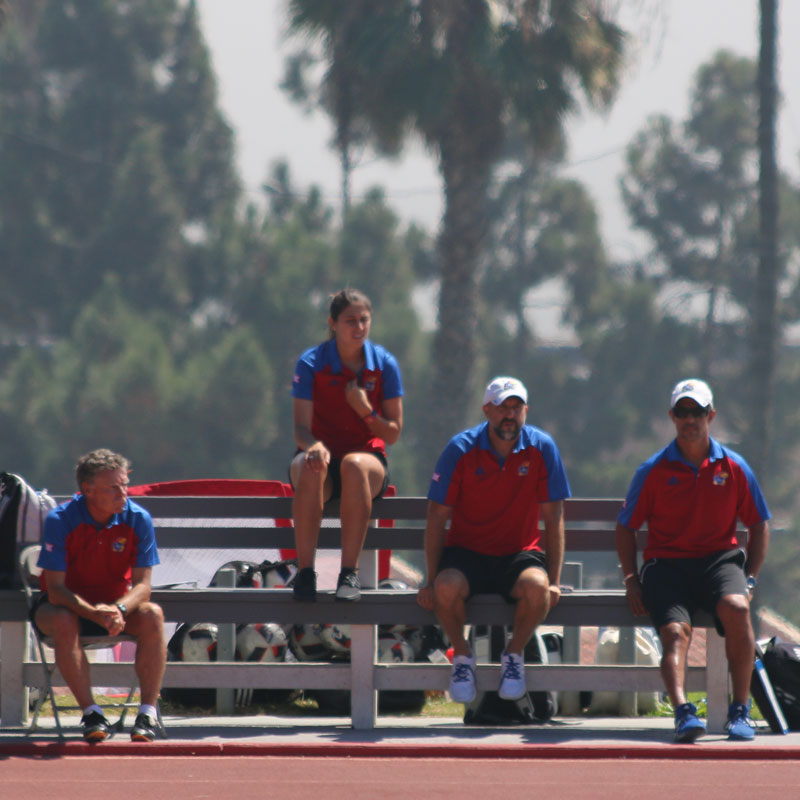 When Shoare was not teaching, coaching his high school team or playing soccer, he would spend five weeks in the summer working for a Connecticut-based company called North American Soccer Camps, which, in 1995, became Major League Soccer Camps, assisting with recreational soccer camps. This Connecticut company would go on to offer Shoare a full-time job as a salesman. He decided it was time to move to the United States

While a lot of people immigrate to the U.S. to get rich or for better opportunities, that was not exactly the case for Shoare.

“My wife was a teacher too and we had just had our first daughter so we knew we were going to be poor on one teacher’s salary, so we thought we should just go be poor in America,” Shoare said.

So, the new family packed up and moved from England to Connecticut in 1987.

With Shoare’s semi-professional playing career seemingly over, he decided to apply for a coaching job for a junior college women’s team.

“In the local newspaper there was an ad for the head coach of a junior college 20 minutes away from where I lived called Mitchell Junior College,” Shoare said. “I was the head coach there for three years and absolutely loved it.”

“I can imagine in boys’ soccer that if a team gets beat 2-1, the guy who scored the goal is pretty happy because he was the one who scored the goal. With women’s soccer, we might have a situation like Liana Salazar last year where she scored a great goal but we lost the game 2-1, and the goal didn’t matter to her,” Shoare said.

Shoare moved to Kansas City in 1997 after becoming a minority owner and getting the job with Challenger Sports. He did not stay away from coaching soccer long, becoming the coach from 1998-2004 of the KCFC Alliance, a local club team.

The next step for Shoare was inheriting a coaching job for the KC Dynamos club team in 2004.

“A good friend, Mike Safe, from the north of England was the coach of the Dynamos, who are still the only team out of Kansas City to ever win a national championship,” Shoare said. “Many of those kids ended up playing here (KU).”

After Safe left the program, Shoare took over the job and went on to win 17 Kansas State Cups as head coach of the Dynamos, but remains humble about his successes.

“People think if you have a really good team, that correlates to be, ‘Oh he has to be a really good coach,’ but it’s really all about the players,” Shoare said. 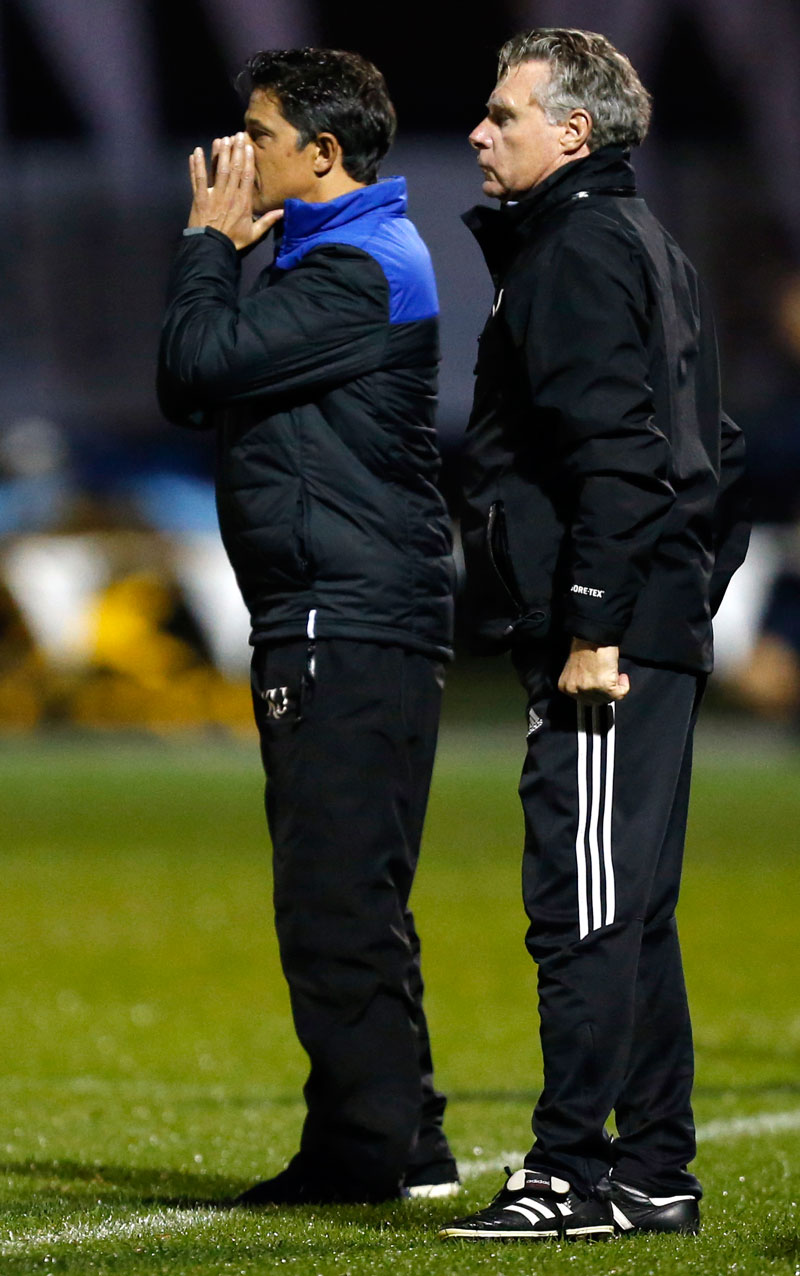 Shoare’s final stint with the Dynamos began in 2009, when he took in a U-13 team. He led that squad to the national championships twice, and with the girls graduating in 2015, he knew it was time for a change.

Shoare did not want to start over, but instead desired a new challenge.

Shoare’s Dynamos teams sent several players to play for KU over the years, and through recruiting he became friends with KU associate head coach Kelly Miller

“I spoke to Kelly and he just said ‘What are you doing next year?’ and I said, ‘I don’t really know, but I want to get involved and stay involved,'” Shoare said. “Kelly spoke with Mark (Francis) and they said ‘Would you be interested in a volunteer position here?'”

Shoare was definitely interested, but worried that with his involvement in Challenger Sports, he would not have the time to work with an NCAA Division I team. Much to his delight, they were able to work out a plan that benefitted both sides, but he still had one person to convince before accepting the position.

“He’s been a perfect fit,” Miller said. “But the biggest thing he had to think about (about taking the job) was how he was going to bring it up to his wife and convince her that he was going to take a job for no money.”

His wife agreed, and Shoare has not looked back since.

“It was a great opportunity because with my work schedule I was able to make it work. So I started last year and just love it,” Shoare said.

Shoare’s most memorable moment at KU so far has been his couple of weeks getting comfortable with his new surroundings.

“Those first couple of days were really odd for me,” Shoare said. “I’d never ever had assistant coaches before. I would pretty much do everything myself, I would carry the balls to the field, I would put the discs out. By day three, I thought ‘This is going to be a good experience.’ By day 14, I felt that I’d been here forever.”

Following Shoare’s first season with the Jayhawks, in which they advanced all the way to the Big 12 Tournament championship game, he decided to take his wife on a trip to St. Maarten in the Caribbean. Far away from Lawrence and soccer, he still had KU soccer on his mind and he formulated with his most important coaching philosophy.

“I was just sitting there and realized that during the 18-game regular season, the student-athletes are on the field for one day and two hours,” Shoare said after converting the time it takes to play 18 games into 26 hours. “Everything that you do at the University of Kansas- practice, games, recruit, off-season training, summer training all comes down to one day, two hours.”

According to Shoare, that time commitment is the main difference between club soccer and soccer at the collegiate level.

“In club soccer you play 50 games, five games in a weekend, so you can afford not to be on sometimes,” Shoare said. “That the biggest thing I’ve learned, that you have got to be on at all times.”

Another Shoare philosophy is instilling a positive environment with his players both on and off the field. This is not surprising seeing that one of his essential job responsibilities at Challenger Sports is “nurturing the culture of the company.”

“I like to build that culture where the ladies will really dictate the season by their positive attitudes to everything that happens,” Shoare said. “If you go a goal down after 10 minutes, everyone still believes you’re going to win the game.”

His commitment to the Kansas players and his infectious attitude have both made huge impacts on the student-athletes he works with on a daily basis. Junior midfielder Miriam Melugin could not think of just one word to describe Shoare, so she chose several. 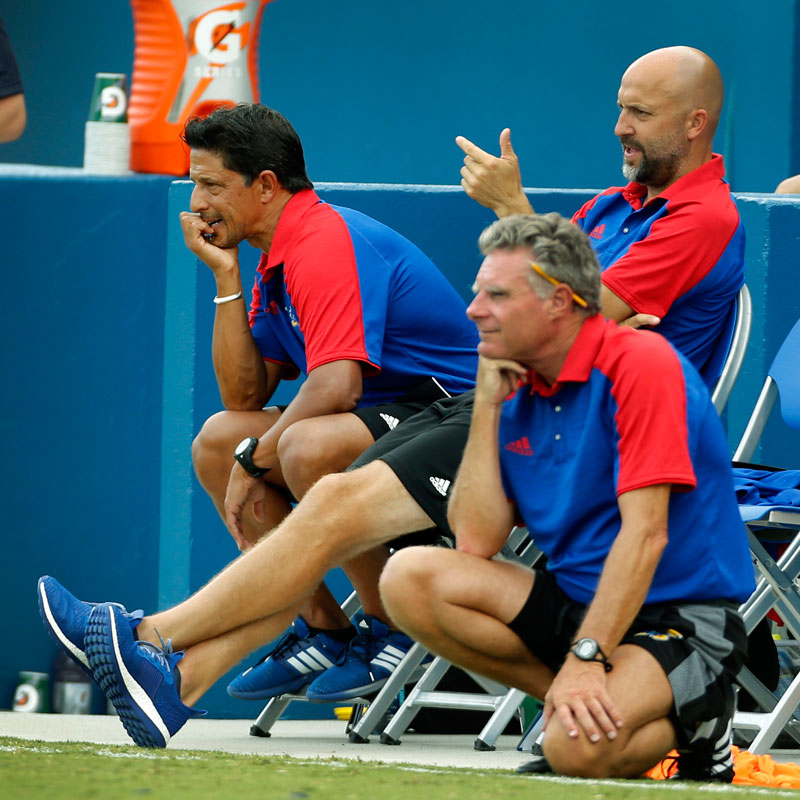 “It’s really easy to respect Derek, as a coach and a friend. He’s both. He’s a very charismatic person who actually cares about us as people and as players,” Melugin said. “He praises you for what you do right.”

That coaching mentality was honed during his own playing days, as Shoare once dreamed of playing professional soccer himself. When he came to KU, he realized the environment is which he was now an integral part of was almost like he was coaching in the pro ranks.

Shoare would be willing to take on a bigger role with the Jayhawks, but right now, he is happy in his current role.

Until then, Derek Shoare will continue to shuffle to and from his paid job to feed his passion – coaching soccer with the Jayhawks. Shoare makes sacrifices that are rarely seen just to satisfy his hunger for the game, for the betterment of the KU soccer program, and for ultimately, what he tabulated in the Caribbean, 26 hours of total game time. That is what you call commitment.