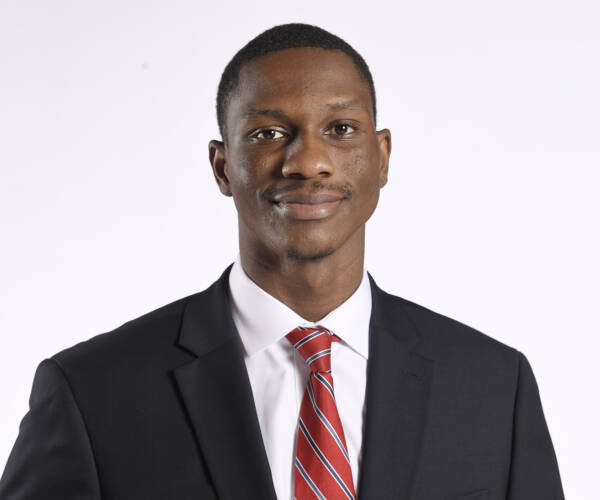 OVERVIEW
Entered the transfer portal following the 2020-21 season, transferring to New Mexico … Spot played in 2020-21 appearing in 11 contests … Ranked as the No. 17 best center in the 2020 class by Rivals.com … Started playing basketball when he was 15 years old and moved to the United States when he was 16 … Can speak English and Creole fluently.

HIGH SCHOOL
Played his senior prep season at Aspire Academy in Louisville, Kentucky, where he started 11 of 17 games played and battled through an early-season injury … Averaged 12.6 points, 9.3 rebounds and 1.6 blocked shots per game at Aspire in 2019-20 … Had nine games with 10 or more rebounds and recorded six double-doubles in 2019-20 … Played his sophomore and junior seasons at Sunrise Christian Academy in Bel Aire, Kansas, after spending his freshman year at Life Prep Academy in Wichita, Kansas … Averaged 9.3 minutes, 4.2 points, 3.3 rebounds and 1.3 blocked shots per game for Sunrise Christian as a junior.

PERSONAL
Can speak English and Creole fluently … Undecided on a major.