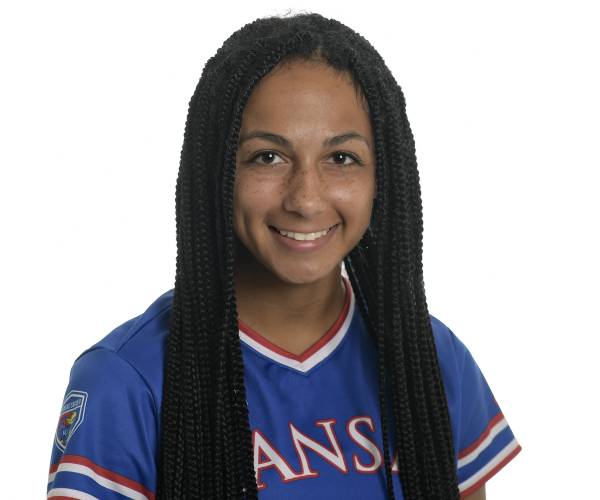 SENIOR (2019)
Played and started in all 25 of the Jayhawks’ matches in 2019 … Closed out her career with one of the top seasons by a defender in program history, being named the Big 12 Defender of the Year … Also earned spots on the All-Big 12 and All-Region First Teams … Named to the All-Tournament Team at the Big 12 Championship … Named the Big 12 Defensive Player of the Week on Sept. 17 … Helped the Jayhawk defense to 12 shutouts on the year, the second-most in program history … Also helped KU to the fourth-longest opponent scoreless streak in program history, with the Jayhawks not conceding a goal for 441-straight minutes over five matches in November … Logged 2,278 minutes on the year, a new program record for a field player … Also finished time as a Jayhawk with 7,630 minutes, a program record … Named to the Academic All-Big 12 Second Team.

JUNIOR (2018)
Saw action in all 21 matches of the season, starting 19 games … Averaged 88.3 min/gm… Posted four shots on the year … Helped the Kansas defense to post nine shutouts and four shutout streaks of 200 minutes or longer on the year.