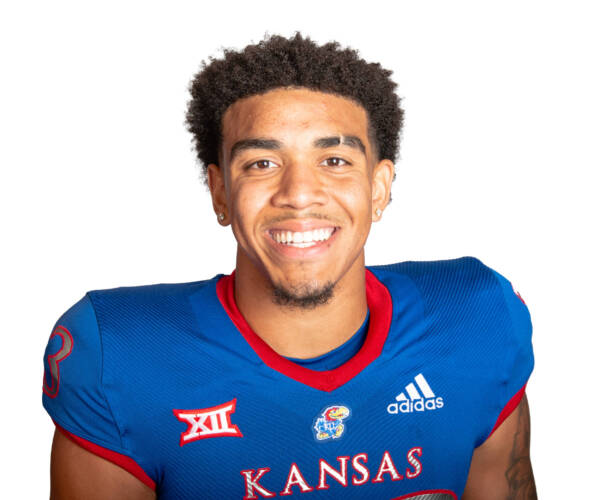 2020 (Fr.): Earned playing time in the last four games of the season for KU, with one starting assignment against TCU … Carried the ball 40 times for a net gain of 145 yards … That’s an average of 3.6 yards per carry and an average of 36.2 yards per game … His long rush of the season was good for 30 yards .. Also had a pair of receptions on the season for a total of 10 yards. Iowa State: Made his Jayhawk debut against the Cyclones without recording any stats … at Oklahoma: Tallied career-highs in rushing attempts (10) and rushing yards (43) in his second appearance this season … TCU: One of six true freshmen to start on offense for the Jayhawks against the Horned Frogs, he at RB … Set a career high in carries, rushing yards, receptions and receiving yards with 100 yards on the ground on 22 carries and four receiving yards on one catch … at Texas Tech: Caught one pass from QB Miles Kendrick for a gain of six yards … Also carried the ball seven times in Lubbock while playing in his fourth-straight game for the Jayhawks.