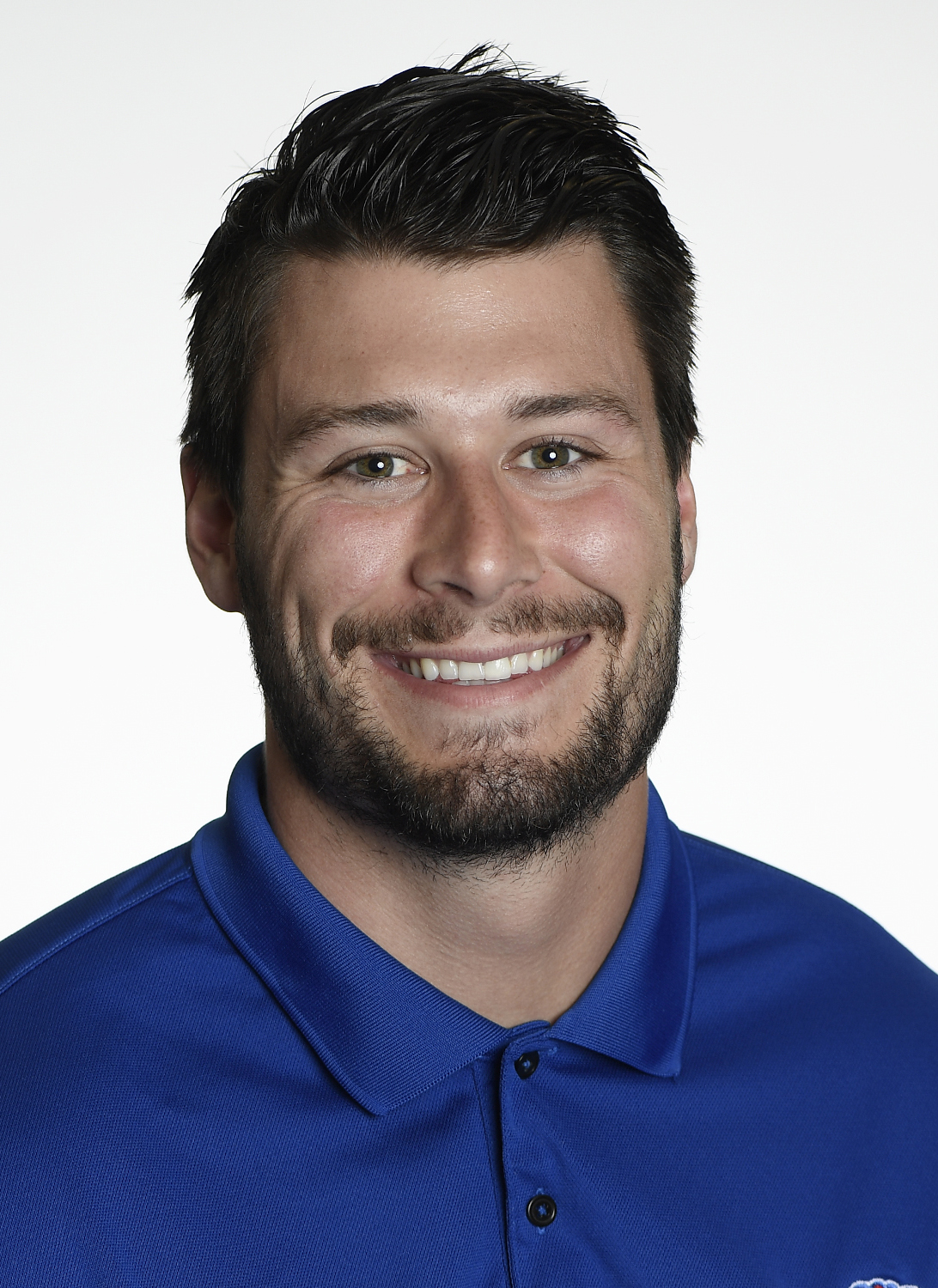 Career Honors: 2015: Honorable Mention All-Big 12 (coaches); 2014: Big 12 Commissioner’s Honor Roll and Athletic Director’s Honor Roll (fall).
2017 (Sr.): Played in all 12 games, starting nine … Caught 30 passes … Totaled 363 receiving yards … Scored one receiving touchdown … Long reception of 57 yards … Recorded at least one reception in 10 games … SEMO: Hauled in three catches for 90 yards and a touchdown, including a career-long reception of 57 yards … Central Michigan: Turned in a career-best seven receptions for 57 yards … at Ohio: Had two grabs for 25 yards … West Virginia: Hauled in one catch for 23 yards … Texas Tech: Recorded five receptions for 55 yards … at TCU: Collected 35 receiving yards on four catches … K-State: Had two catches for 17 yards … Baylor: Tallied one reception for five yards … at Texas: Registered 36 receiving yards on three grabs … Oklahoma: Hauled in two catches for 20 yards.
2016 (Jr.): Recorded snaps in nine games … Started two contests at Texas Tech and at Oklahoma … Posted 10 catches for 112 yards on the year … Scored one touchdown against Rhode Island … Tallied a career-high five grabs for 86 yards at Texas Tech … Rhode Island: His only reception of KU’s victory resulted in a two-yard touchdown – the first of his career … Ohio: Snatched one pass for a gain of 16 yards against the Bobcats … at Memphis: Posted one catch for a gain of three yards … at Texas Tech: Turned in a career day after a personal best five-catch, 86-yard performance against the Red Raiders … Oklahoma State: Grabbed one pass for a gain of three yards … at West Virginia: Was on the receiving end of one pass that gained two yards.

2015 (So.): Earned honorable mention All-Big 12 honors by the league coaches … Saw time in all 12 games, starting nine contests … Caught 13 passes for 115 yards … Totaled 30 receiving yards at TCU … South Dakota State: Earned the first start of his career, while catching three passes for 12 yards at tight end … Memphis: Caught two passes for 12 yards … at Rutgers: Started his third-straight game and made one catch for five yards … at Iowa State: Started at tight end and posted two catches for 19 yards … at Oklahoma State: The Jayhawks’ starting tight end, caught one pass for a yard … at Texas: Grabbed one pass and gained 16 yards … at TCU: Set a new career high on one catch that went for 30 yards … K-State: Snagged two passes for 20 yards.

2014 (RFr.): Caught eight passes for an even 80 yards while playing in all 12 games at both tight end and on special teams … Central Michigan: Hauled in the first two receptions of his career for nine yards … at West Virginia: Caught one pass for a career-long reception of 17 yards … at Texas Tech: Had two catches for 25 yards … Iowa State: Had one catch for 10 yards … at K-State: Tied a career high with two catches for 19 yards.

High School: A three-star recruit according to Rivals … Ranked as the No. 4 prospect in the state of Kansas by ESPN and No. 6 by Rivals … Lettered four years for head coach Steve Hopkins … Tabbed first team all-state and All-Kaw Valley Conference in 2011 and 2012 … Hauled in 97 passes for 1,552 yards and 17 touchdowns in his high school career … Also tallied 111 tackles with 7.5 sacks as a defensive end his last two seasons … Recorded 56 catches for 954 yards and 12 touchdowns in 2012 … Also competed in basketball and track & field in high school … Helped lead BLHS to the 2012 state title in hoops … Took home third place in the discus at the state meet in 2012 … A member of the National Honor Society.

Personal: Son of Tiffany and Ray Lynch and John Johnson … Both parents played sports in college … Graduated with a bachelor’s degree in liberal arts and sciences.