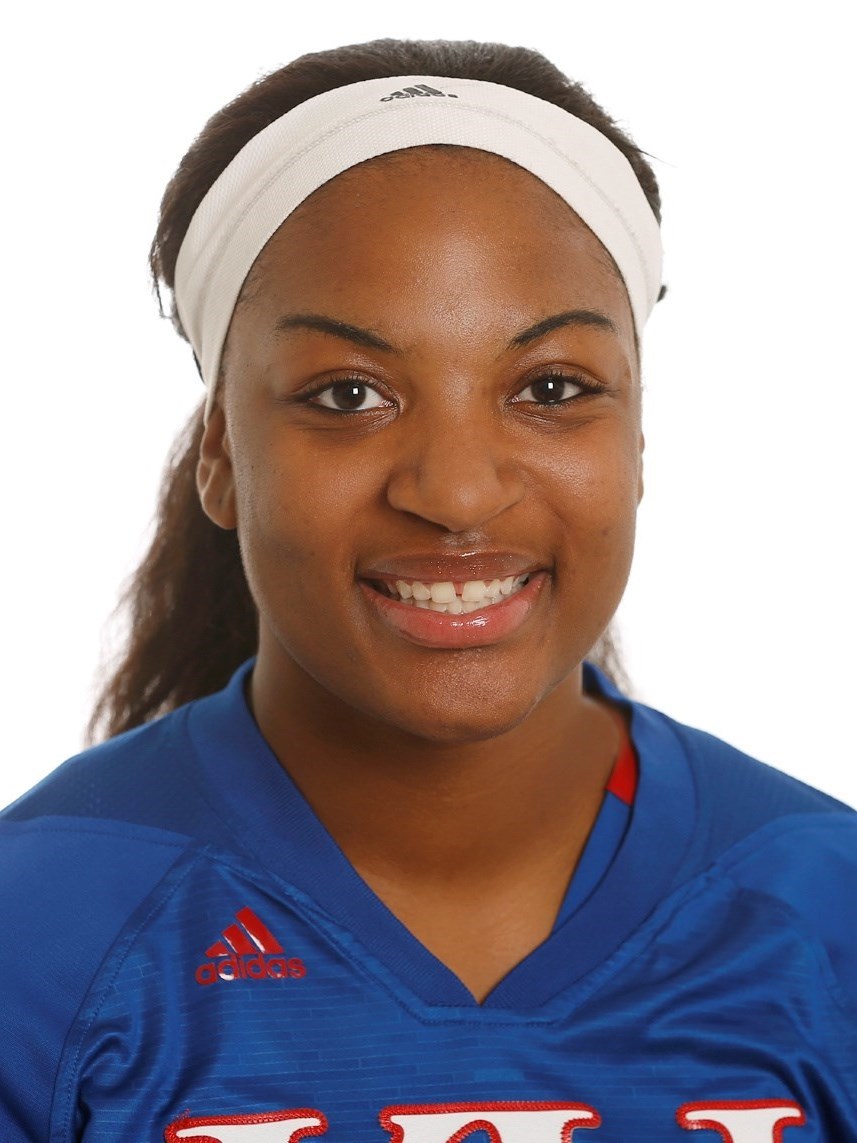 2012-13 (Sophomore):
Started five games and made 34 appearances as a sophomore… Averaged 15.0 minutes per game… Averaged 2.3 points, 3.0 rebounds and 0.5 assists per game… Picked up the first start of her Kansas career in the season-opener against Idaho State (11/11)… Grabbed a career-high 10 rebounds and set a career-high with four assists to go along with six points against Grambling State (11/28)… Scored a season-best seven points against Newman (12/9)… Played a career-high 29 minutes against Texas (1/23)… Blocked three shots to set a career-high in the second round of the NCAA Tournament against South Carolina (3/25).

Personal:
Daughter of Shawn and Ton’Nea Williams … Born in Little Rock, Arkansas … Has a brother, Shawn, and a sister, Brooklyn … Shawn played basketball at SMU … Parents both played basketball at Central Oklahoma … Mother was the first African-American female inducted into UCO’s Sports Hall of Fame … A communications studies major.