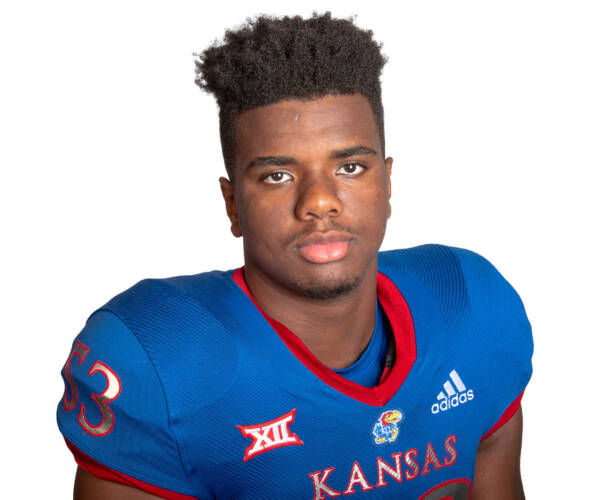 2020 (Fr.): Saw playing time in each of KU’s final three games of the season … Recorded three tackles (one solo, two assisted) … Forced a fumble, which was returned for 15 yards. at Oklahoma: Made his first appearance for the Jayhawks this season and recorded his first stats, collecting two assisted tackles against the Sooners … TCU: Recorded his first stats as a Jayhawk when the freshman defensive lineman made a solo tackle in the second quarter … at Texas Tech: Played on KU’s defense for the third game in a row … In the fourth quarter, he recovered and returned KU’s third forced fumble of the day for 15 yards … The fumble recovery was a career first for the freshman from Kansas City, Missouri.

High School: Rated a three star strongside defensive end by Rivals.com … Also earned a three-star rating from ESPN and 247 Sports … Helped Staley HS to the District Championship in 2019 under the direction of head coach Phil Lite … Voted First Team All-Conference his junior year at Hazelwood Central HS in St. Louis, Missouri … Had a breakout game in the playoffs against Raytown during his senior year, scoring two touchdowns, including an interception, while recording two sacks and seven tackles.

Personal: Son of Chandra and Brian Taylor … Has five siblings: Nick, BJ, Chris, Eric and Tay … Plans to major in architecture … Chose Kansas over offers from Illinois, Iowa State, Ohio, SMU and Wyoming, among others.