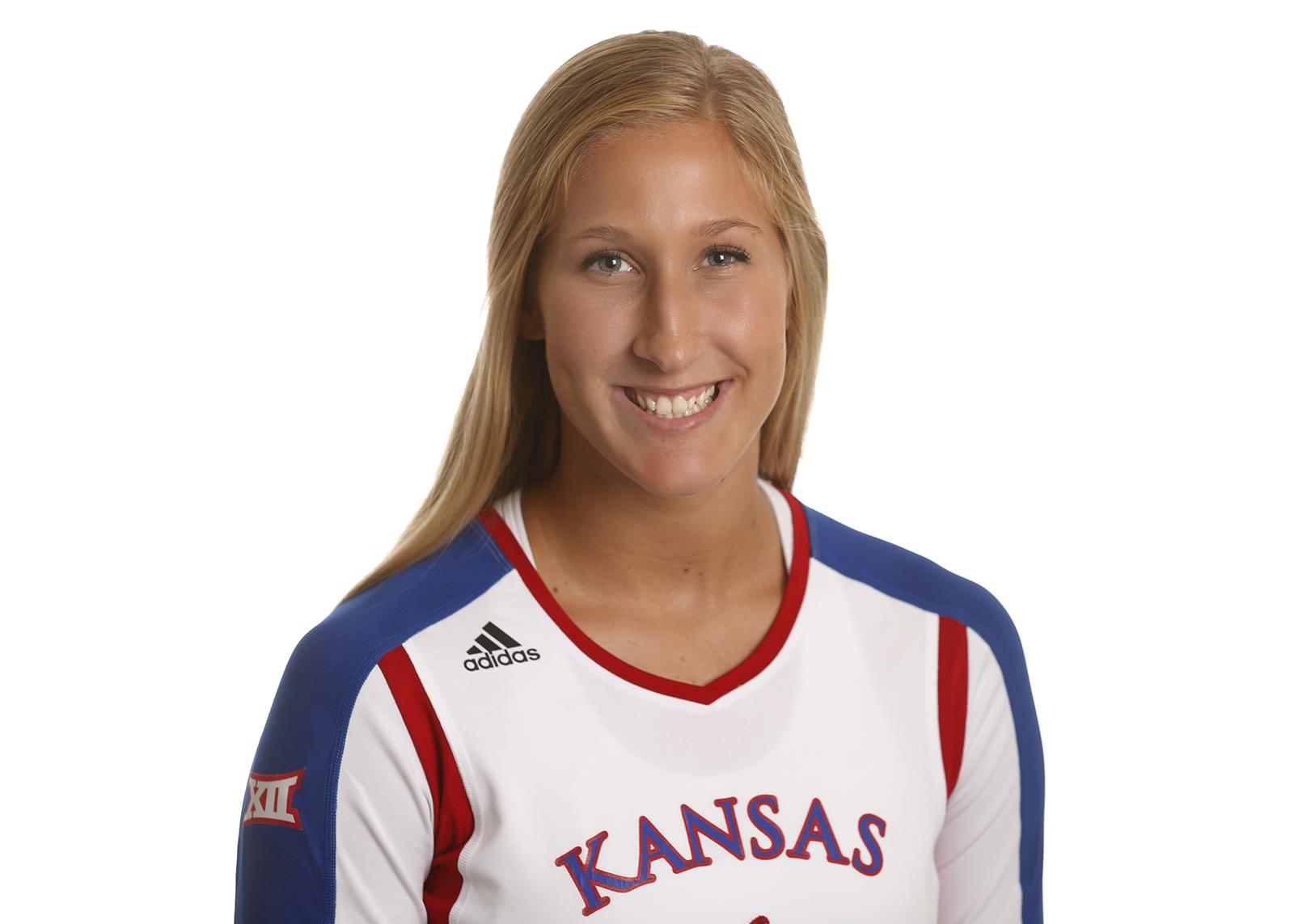 2012: Sophomore Season
Started 17 matches and saw time in 23 of KU’s 31 contests… A six-rotation player, Albers completed her sophomore season with 128 kills, 114 digs and 58 total blocks… Dealt with an early season injury before coming on strong, starting the last 12 consecutive matches… Opened the season with five-plus kills and digs in each of the Jayhawks’ first three matches, including a stellar performance in at Arkansas (8/25), where she posted eight kills, nine digs and seven blocks… Provided a game-changing spark against No. 14 Kansas State at home (10/17), checking into the match to register seven kills and no errors (.538) along with eight digs to help KU to its first of two wins against the Wildcats in 2012… Hit .538 with seven kills and no errors again in her start against West Virginia (10/29)… Posted another clutch performance against the Wildcats when she racked up 11 kills and one error to power KU’s win at No. 17 Kansas State (11/7)… Recorded her career-high 13 kills in a sweep of Oklahoma at home (11/14) and cranked out her career-best .611 attack percentage (11K-0E-18TA) against Texas Tech on Senior Day (11/24)… Contributed seven kills and four digs in KU’s first-round win against Cleveland State (11/30) in the NCAA Tournament and five kills and 12 digs in the second-round loss to Wichita State (12/1).

High School
A four year letterwinner at Papillion LaVista High School… Named Under Armour Girls High School All-America Second Team her senior season after leading the Monarchs to their second-straight district championship… The Omaha World Herald[apos]sGirls[apos] 2010-11 Athlete of the Year for the state of Nebraska… A member of PLHS[apos]s state championship teams in 2007 and 2008… Led the state of Nebraska with 487 kills in 2009 and was second in blocks… Also selected to the super-state team as a junior in 2009 while being named to the all-tournament team for a second-straight year… An all-state second team honoree in 2008… Lettered four years in basketball and earned all-state twice… A four-time honor roll member.