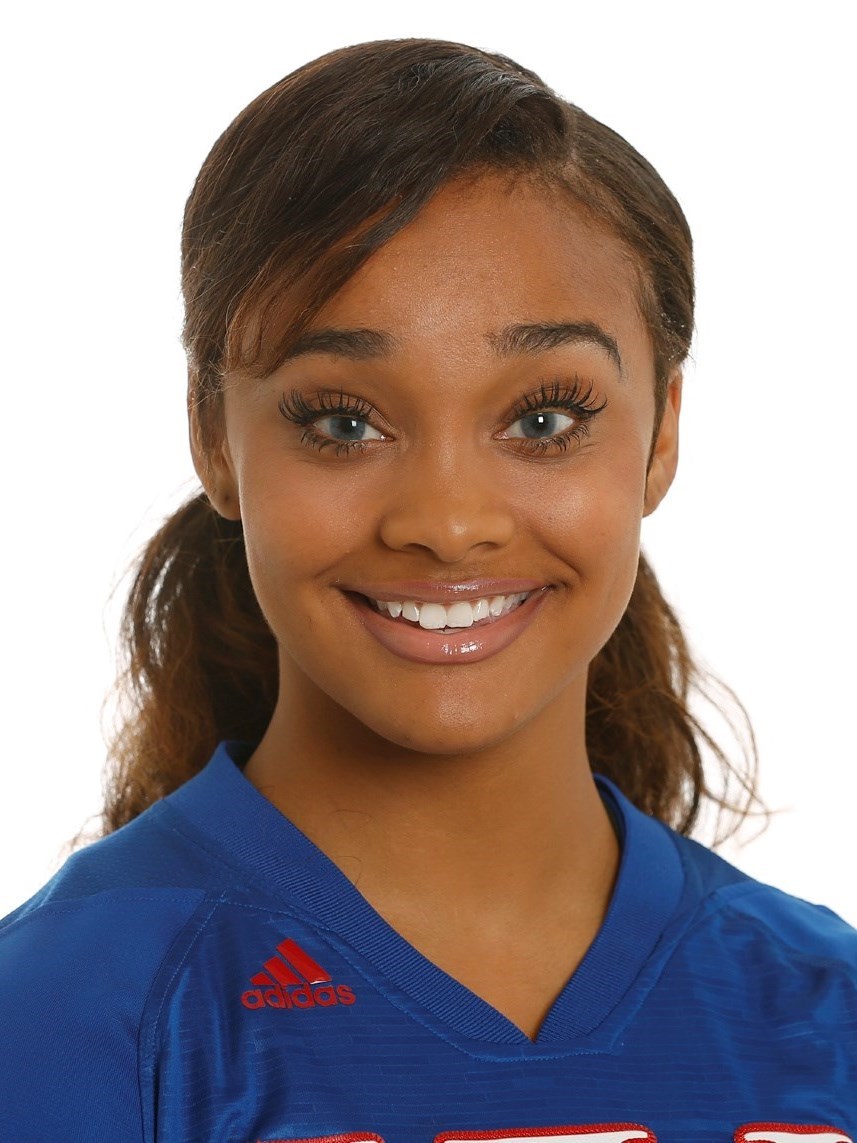 2013-14 (Freshman):
Started four and appeared in every contest except two for the Jayhawks… Averaged 17.3 minutes, 4.4 points and 2.0 rebounds per game… Scored a season-best 18 points on a season-high seven field goals against Texas Southern (12/12)… Grabbed a season-high five rebounds against Iowa State (3/1) and again against Baylor (3/8) at the Big 12 Championship… Also dished out a season-most four assists and recorded a career-high three steals against the Cyclones (3/1)… Played a season-high 31 minutes against Kansas State (2/26) and at West Virginia (3/4).

High School:
A 2013 WBCA High School All-American Honorable Mention selection… Set the school scoring record with 2,311 points in her career… During her prep career, team posted a 64-8 overall record with three third-place finishes at the state tournament and a fourth-place effort… As a junior, averaged 19.7 points, 6.2 rebounds, 4.1 assists and 4.3 steals per game… A two-time first-team all-state selection… Earned second-team all-state honors in 2010 as a freshman… Ranked No. 85 nationally by Blue Star Basketball… A three-star recruit according to Hoopgurlz.com and ranked No. 43 in the country among guards… Along with her sister, Dylan, was the 2012 Idaho Gatorade Player of the Year co-runner up and also the 2012 all-area co-players of the year… Coached by Tony Green… Played for Team Concept on the AAU circuit… Also lettered in volleyball and track and field… A first-team all-district selection in volleyball in 2009, 2010 and 2011.

Personal:
Daughter of Angie and Dave Gonzalez… Born in Overland Park, Kan… Has three sisters, Natalia, Dylan and Gaby, and three brothers, Conor, Javier and Stefan… Her sister, Dylan, is a fraternal twin and is also on the Jayhawk roster… Her mother, Angie (Snider), was an All-American honorable mention basketball selection at Kansas in 1984 before playing professionally in Germany… Her middle name, Jordan, was given to her by her older brother after Michael Jordan… Major is undecided, but is interested in being an entrepreneur or sports broadcaster.