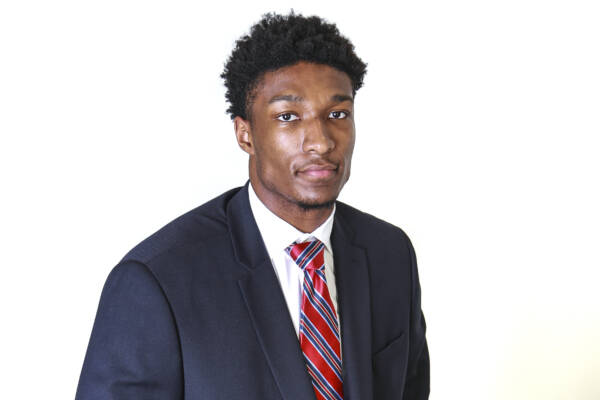 OVERVIEW
A two-time All-Big 12 selection who excelled in KU’s 2022 NCAA National Championship title run earning all-tournament honors at the Final Four and the NCAA Midwest Region … Played in 132 games while at KU with 96 starts … Became the 64th player in KU history to reach 1,000 career points, ending 46th with 1,145 … Finished 19th on the KU career rebound list with 681 boards … The 2022 Big 12 Men’s Basketball Scholar-Athlete of the Year who was the first recipient of the Big 12 Most Improved Player award in 2021 … Led the Big 12 in field goal percentage in 2020-21 at 51.5% … Three-time Academic All-Big 12 First Team honoree who was nominated for Academic All-America his final three seasons at Kansas … Graduated from Kansas in three years earning a communications studies degree in May 2021.

SUMMER 2018
Competed for a college all-star team for Global Sports Academy that went 6-0 while touring Belgium … Averaged 10.5 points and 8.8 rebounds in the six victories … Kerry Keating was the coach for the team.

HIGH SCHOOL
Led Oak Hill to the 9A state title his senior season … Oak Hill posted a 30-4 record in 2017-18 under head coach Steve Smith … Averaged 13.4 points and led the team with 9.6 rebounds per contest his senior season … Shot 62 percent from the field and had 14 double-doubles his senior year …  Set the Oak Hill single-season rebound record with 308 boards in 2017-18 … Ranked No. 25 by ESPN100, No. 33 by Rivals.com and No. 34 by 247Sports.com … Recorded one of two double-doubles at the McDonald’s All-American game with 14 points and 10 rebounds … Averaged 10.6 points and 8.6 rebounds a game at Oak Hill his junior season … Averaged 14.8 points (on 60 percent shooting) and 9.8 rebounds for Team Loaded AAU in the 2017 spring and summer … Played for Norfolk (Va.) Academy his sophomore year of high school … A big body who showed a lot of discipline in losing more than 50 pounds during high school.

PERSONAL
Full name is David Joseph McCormack … Born in the Bronx, N.Y. … Mother is Janine McCormack … Has one older brother, Daniel … During COVID, was selected by Kansas Chancellor Douglas Girod to participate on the 2020 University’s Campus Task Force on Community-Responsive Public Safety (1 of 25) … Played the drums at Late Night in the Phog his freshman year in 2018 … Was a member of the National Honor Society in high school … Also played football (defensive tackle and offensive guard) and track in high school … Loves movies and outdoor excursions … Earned his undergraduate degree in communications studies from KU in May 2021 and is studying digital content strategy in graduate school at KU.

College is where most go to find out about themselves. Their major. Their career. What path they want to go down in life. KU’s senior big man David McCormack found the road he wanted to travel early and has never taken a detour. Even if that meant taking an unfamiliar route.