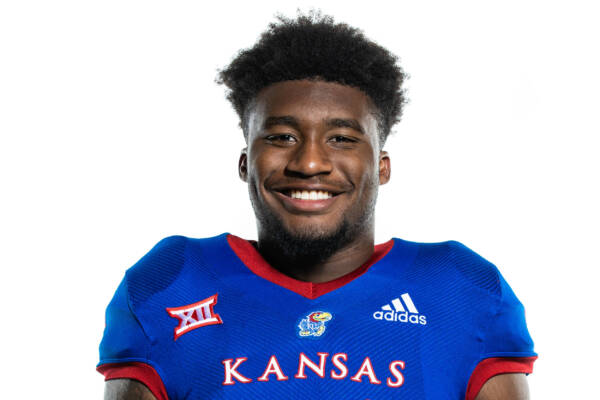 High School: A Rivals.com and 247 Sports composite three-star recruit…Ranked as a top 1,000 recruit nationally by 247 Sports at No. 415 and as the 24th best running back in the country by Rivals…Consensus No. 1 recruit in the state of Kansas…Played for Coach Steve Rampy, and helped lead team to a 9-1 record…Named to the 2020 All-State Football Top 11 by the Topeka Capital-Journal…Named First-Team Class 6A All-State by the Capital-Journal…Named First-Team All-State by the Wichita Eagle…Rushed for more than 1,300 yards and added 20 touchdowns as a senior for the Lions.

I still remember what the skeptics told me during my recruitment. As they tried to talk me out of committing to KU, their message always sounded the same: “Why are you doing this? You have a chance to go somewhere else, somewhere that’s established. You don’t have to do this.”