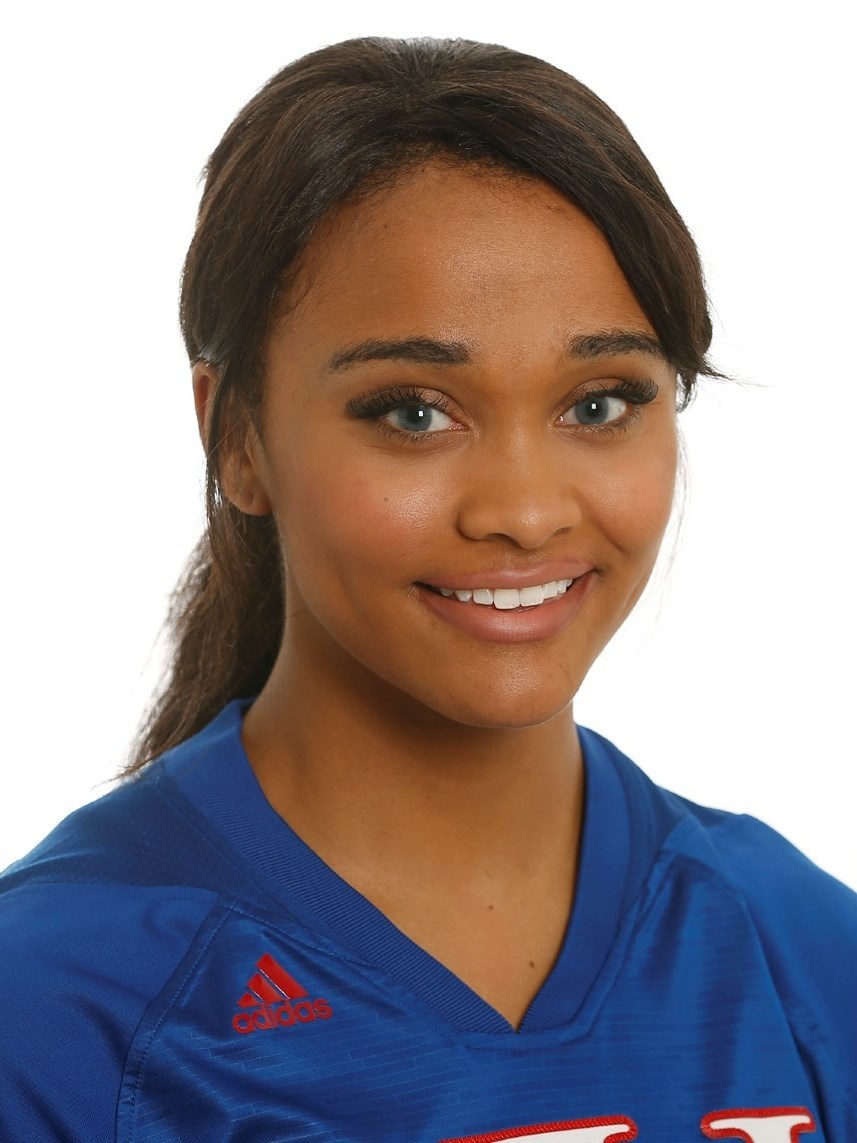 2013-14 (Freshman):
Appeared in nine games for the Jayhawks… Averaged 2.8 minutes and 1.1 points per game… Played a season-high five minutes against Oral Roberts (11/10)… Recorded a bucket in five different games.

High School:
A 2013 McDonald’s All-America nominee… During her prep career, team posted a 64-8 overall record with three third-place finishes at the state tournament and a fourth-place effort… As a junior, averaged 17.6 points, 7.1 rebounds, 3.8 assists and 5.1 steals per game… Earned first-team all-state honors in 2012 and 2013 after receiving second-team all-state honors in 2011… Ranked No. 85 nationally by Blue Star Basketball… A three-star recruit according to Hoopgurlz.com and ranked No. 44 in the country among guards… Named the 2011 all-area player of the year… Along with her sister, Dylan, was the 2012 Idaho Gatorade Player of the Year co-runner up and also the 2013 and 2012 all-area co-players of the year… coached by Tony Green… Played for Team Concept on the AAU circuit… Lettered in basketball (4), volleyball (3) and track and field (2)… Named a first-team all-state and all-district selection in volleyball in 2009, 2010 and 2011.

Personal:
Daughter of Angie and Dave Gonzalez… Born in Overland Park, Kan… Has three sisters, Natalia, Dakota and Gaby, and three brothers, Conor, Javier and Stefan… Her sister, Dakota, is a fraternal twin and is also on the Jayhawk roster… Her mother, Angie (Snider), was an All-American honorable mention basketball selection at Kansas in 1984 before playing professionally in Germany… Major is undecided, but is interested in a career in entertainment or sports broadcasting.