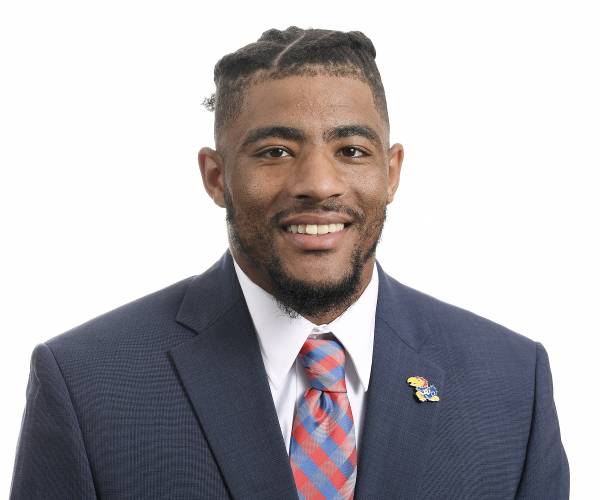 2019 (Sr.): Played in 10 of KU’s 12-game season … Broke up four passes, which tied for third-most amongst Jayhawks … Collected nine tackles throughout the year, seven of the solo variety and two assisted. Indiana State: Saw action in the season opener … Recorded one tackle … Coastal Carolina: Had playing time vs. the Chanticleers … at Boston College: Made two pass breakups against the Eagles, the most he has had in one game during his Jayhawk career … West Virginia: Saw action against the Mountaineers, but did not record any stats on the day … at TCU: Did not have in stats in his playing time in Fort Worth … Oklahoma: Matched his Kansas career high with a pass breakup against the Sooners … Notched a pair of tackles (one solo, one assisted) on the afternoon … at Texas: Contributed one solo tackle to the Jayhawks’ defensive effort against the nationally ranked Longhorns … Texas Tech:Made a season and career-high three solo tackles against the Red Raiders to help the Jayhawks to a 37-34 Homecoming victory … Also had one pass breakup in the game, which also tied his season/career highs … Kansas State: Did not play against the Wildcats …at Oklahoma State: Recorded a solo tackle against the nationally ranked Cowboys in Stillwater … at Iowa State: Assisted on one tackle against the Cyclones while in Ames.