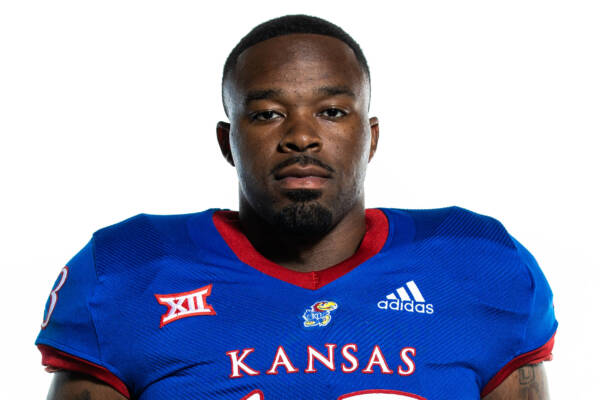 2021 (R-Jr. at UCF): Played in four games for the Knights, before using redshirt season…Had 23 tackles in the four games…Posted 11 tackles at Navy and seven tackles at Louisville…UCF’s Campbell Trophy Award nominee prior to season…Dean’s List honoree.

2020 (Jr. at UCF): Started in nine of the team’s 10 games…Finished with 59 tackles and 8.5 tackles-for-loss…Also had one sack on the season, three forced fumbles, two fumble recoveries, one interception, one pass breakup and one safety…Named to AAC Weekly Honor Roll once…Led team in tackles-for-loss and forced fumbles…AAC All-Academic Team honoree…Had 10 tackles and a forced fumble in season opener at Georgia Tech…Had six tackles, one forced fumble and one fumble recovery at East Carolina…Had a season-high 12 tackles twice versus Tulsa and Temple…Also had one sack, one forced fumble and two fumble recoveries against Temple…Notched an interception and returned it 16 yards at Houston…Broke up a pass in the Roofclaim.com Boca Raton Bowl against No. 16 BYU.

2019 (So. at UCF): Started all 13 games for UCF at middle linebacker…Tied for third on the team with 77 total tackles…Also posted five tackles-for-loss and an interception…AAC All-Academic Team honoree…Had a season-high 12 tackles at Tulsa…Posted seven tackles and an interception against South Florida…Had eight tackles apiece against Houston and Temple…Had four solo tackles in 48-25 win over Marshall in Bad Boy Mowers Gasparilla Bowl.

High School: Prepped at Trinity Christian Academy in Jacksonville…Helped lead program to three-straight Class 4A state championships, as well as a berth in the 2017 Class 5A Regional Final…Averaged 11 tackles per game as a senior…Posted 8.3 tackles per game as a junior, including 14.5 tackles-for-loss…Rated as a four-star prospect by Rivals.com and the 53rd best player in the state of Florida…Rivals also rated him the 15th best inside linebacker in the country in the class of 2018