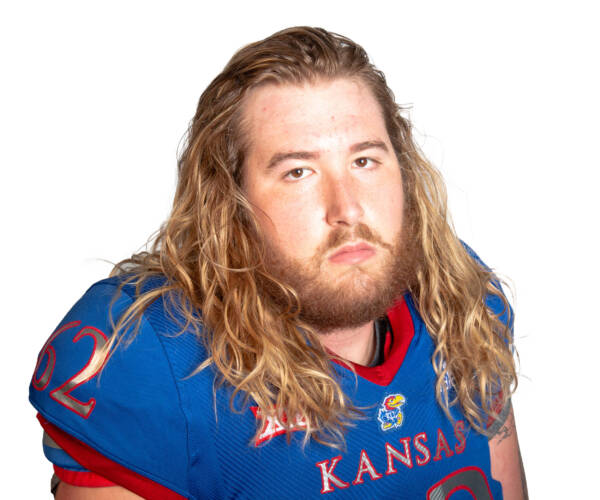 2020 (Fr.): Played in four of Kansas’ final five games of the season, earning a starting nod in the TCU contest. at Kansas State: Made his Jayhawk debut at K-State in the Dillons Sunflower Showdown … Iowa State: Saw playing time against the Cyclones, including at the center position … at Oklahoma: Played in his third-straight game of the season in Norman … TCU: One of six true freshmen to start on offense for the Jayhawks against the Horned Frogs, with him manning the center position … He has now seen playing time in four of KU’s eight games this season.

Personal: Full name is Garrett Jones, but prefers to go by the nickname of “Bubby” … Son of Mitzi and Tim Jones … Has two siblings; a sister, Ashlee, and a brother, Jake … Plans to major in kinesiology with intentions of becoming a physical therapist … Uncle, Scott Jones, played football at Hope College.