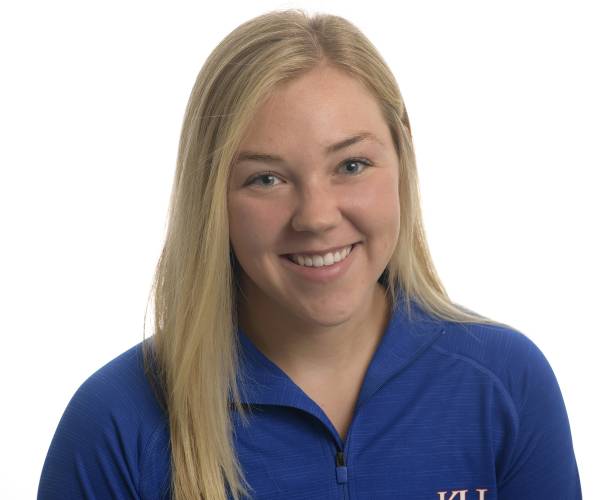 2017-18 (FRESHMAN)
Earned a seat in the Third Varsity Eight … Helped the 3V8 qualify for the Grand Final at the Big 12 Championship … Powered the 3V8 to a second-place mark at the Sunflower Showdown, finishing with a season-best time of 6:49.57 … Aided in the 3V8 winning its qualifying heat of the George Mason Invite with open water … Competed in Second Novice Eight and Third Novice Four at the Jayhawk Jamboree.

HIGH SCHOOL
Member of the National Honor Society … Graduated on the Honor Roll.

PERSONAL
Daughter of Rachelle and Jon Humiston … Has a younger sister, Corinna … Plans to a major in sport management.