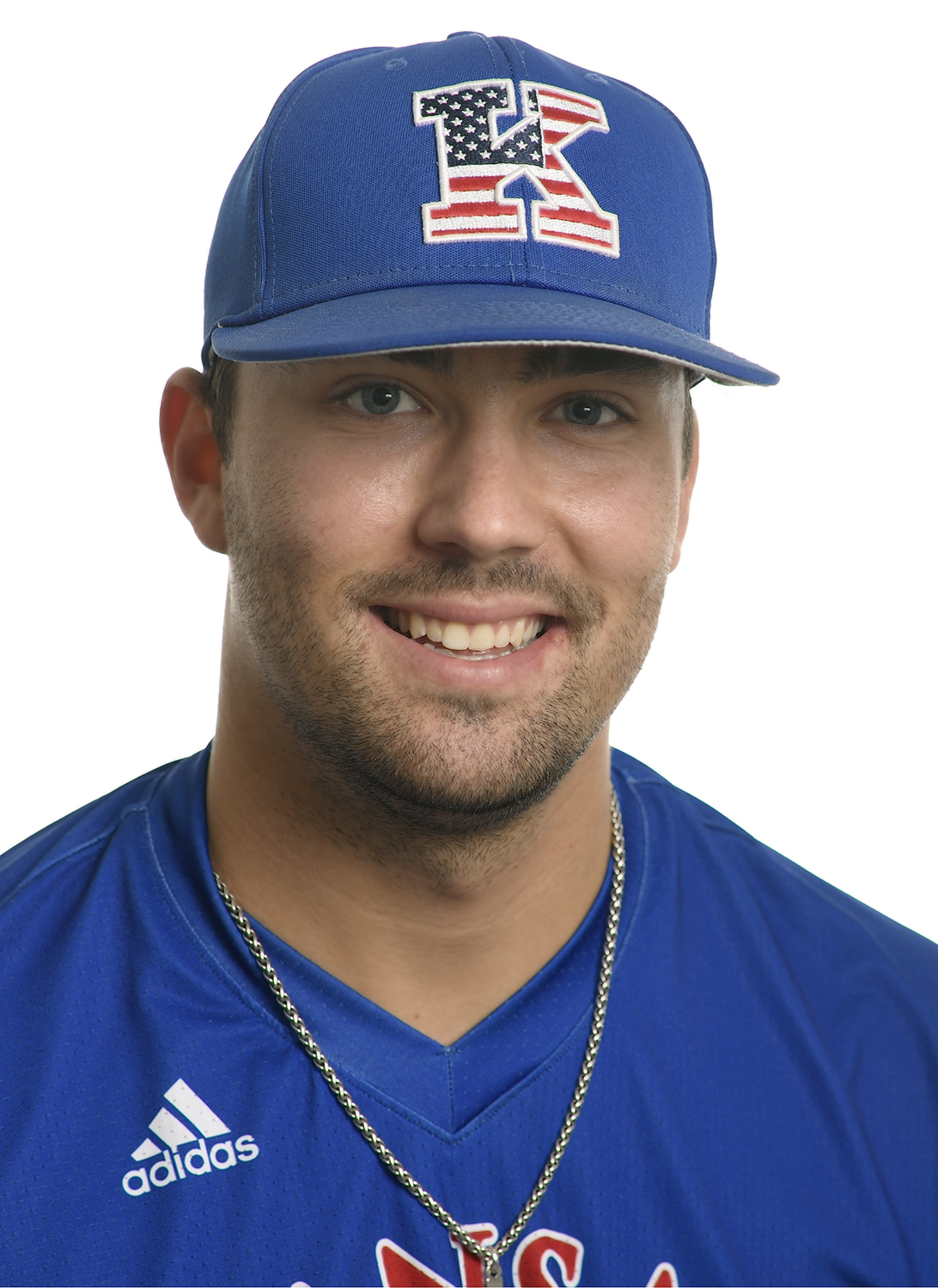 2018, Junior season
Started 10 of the 10 games he played in … Pitched 52 and 2/3 innings with five wins and one loss with 50 strikeouts … Drafted 99th overall in the third round by the Arizona Diamondbacks in the 2018 MLB Draft … Started opening day on the bump against Murray State (2/16), where he earned his first win of the season after striking out seven batters in five innings of work … Picked up second win with five and 1/3 innings pitched against Northwestern (2/23) … Struck out five in a win against Texas Southern (3/2) … Returned to the rotation after missing 44 days at Oklahoma State (4/22) where he struck out eight batters, including the first seven he faced … Struck out a season-high 11 batters against Oklahoma (5/17).

2017, Sophomore season
Awarded All-Big 12 Honorable Mention … Academic All-Big 12 Second team … Fall 2016 Athletic Director’s & Big 12 Commissioner’s Honor Rolls … Made 12 starts and 16 appearances throughout the season … Pitched the third-most innings on the team earning a 4.68 ERA across 79 and 2/3 innings pitched … Fanned a team-high 75 batters … Made season debut in a relief appearance against Liberty (2/18) … Pitched 1/3 inning of relief at then-No. 23 Stanford (2/24) … Logged two innings in relief against Oral Roberts (2/28) … Struck out a then-season-high four batters in four and 2/3 innings of relief against Northwestern State (3/4) … Pitched a then-career-high seven scoreless innings with a then-personal-best six strikeouts and no walks against Houston Baptist (3/12) … Tossed a career-high seven and 1/3 innings at then-No. 3 TCU (3/19), allowing just one hit while striking out seven batters … Threw six innings against Oklahoma State (4/15) where he struck out a career-high 13 batters and did not allow a free pass … Earned fourth win of season at then-No. 19 Oklahoma after he pitched seven innings of two-run ball where he struck out seven Sooners (4/22).

2016, Freshman season
Made 14 starts and 20 appearances on the hill … Pitched the third-most innings on the team, posting a 7.60 ERA across 55 2/3 innings … Made collegiate debut and first-career start against Northern Colorado (2/22) … Held then-No. 5 Oregon State to its then-lowest scoring total of the season at three runs … Pitched four scoreless innings against BYU (3/5) … Pitched a career-high six and 1/3 innings for first-career win over Saint Louis (3/12) … Pitched two scoreless innings of relief against then-No. 16 Missouri State (3/29) … Faced a career-high 26 batters at Baylor (4/3).

Holland Hall
Four-time letterman in baseball under head coach Stephen Robison … One-time letterman in football … Tossed a no-hitter against Fort Worth Country Day his junior year … Went 8-1 with a 1.52 ERA his junior season … Holds the school record for strikeouts in a single game.