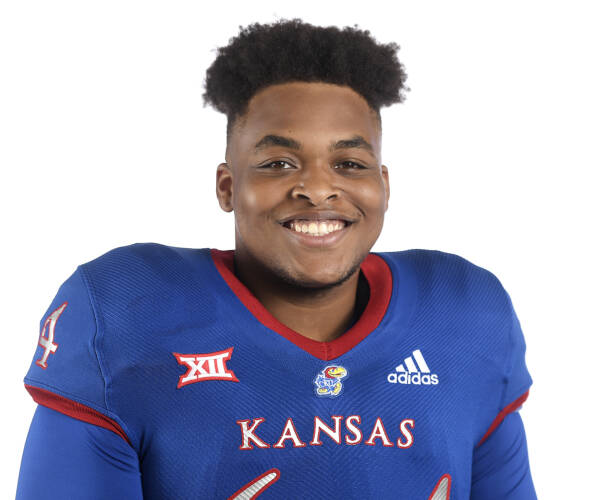 2020 (So.): Played in two of KU’s nine games this season, vs. ISU and at OU … Did not register any stats in those two games. Iowa State: Made his Jayhawk debut against the Cyclones, seeing action on the offensive line … at Oklahoma: Saw playing time for the second-straight game of the season while in Norman.