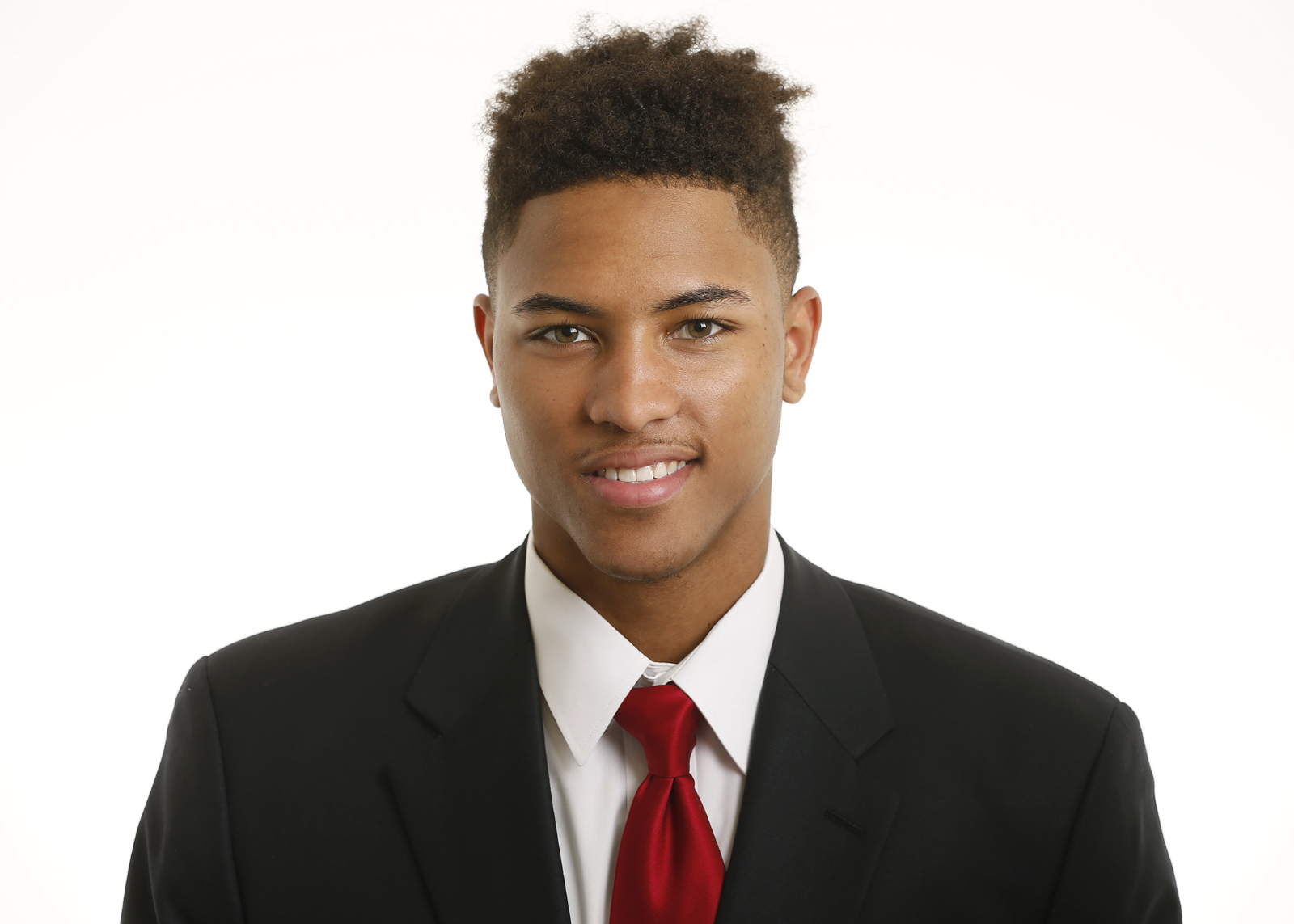 Freshman Season (2014-15): All-Big 12 Honorable Mention… Big-12 All-Newcomer Team… Played in all 36 games on the 2014-15 season, starting in 27 of those outings… Finished second on the team in total rebounds (179) and steals (41)… Collected 2+ steals 14 times, while leading KU in that category 11 times… Posted the highest scoring average (9.3) among Kansas freshmen… Promoted to the KU starting lineup in the Champions Classic against No. 1 Kentucky (11/18) and scored six points paired with four rebounds… Recorded his first career double-double (23 points/10 rebounds) against Lafayette (12/20) on 9-of-15 shooting, four of which were three pointers… Totaled 20 points and seven rebounds against Kent State (12/30) on 8-of-12 shooting… Followed suit with his second career double-double (12 points/10 rebounds) in a win over UNLV (1/4)… Swiped a personal-best four steals in his next outing at No. 21 Baylor (1/7)… Was an essential player in holding off No. 19 Oklahoma (1/19) in the final minutes, racked up 19 points, nine rebounds, and two steals for the game… Drained four shots from behind the arc en route to an 18-point, six-rebound performance against No. 16 Baylor (2/14)… Blocked a season-high three shots to go with 15 points and nine rebounds in a win over Texas (2/28)… Came up with his third career double-double with 12 points and 10 rebounds in a loss to No. 15 Oklahoma (3/7)… Finished his first postseason game with a career-high 25 points, six rebounds, three steals and two blocks in a win over TCU (3/12), making 15 of KU’s 19 free-throws on the afternoon… Started both games in the NCAA Tournament, totaling 17 points and eight rebounds in the postseason.

Findlay Prep/Bush High School: A five-star recruit who scored 11 points and made the game-winning free throws in the 2014 McDonald’s All-American… Also, named high school All-American by USA Today and Parade Magazine… Along with KU teammate Cliff Alexander, scored 14 points as a member of the USA Junior National Select Team which defeated World Select Team 84-73 in the 2014 Nike Hoop Summit in April 2014… Scored 24 points with five rebounds and two steals in the 2014 Jordan Brand Classic in April 2014… Was invited and participated in the LeBron James Skills Academy in July 2014… A year after being a high school participant, was an adidas Nations college counselor in August 2014… Ranked No. 11 by ESPN100 and No. 12 by rivals.com… Averaged 23 points per game for Findley College Prep in Nevada his senior season… Averaged 22.7 points while at Richmond’s Bush High School his junior year… Played on the USA Basketball Developmental National Team Mini-Camp in summer 2013… Chose Kansas over Kentucky and Florida.

Off the Court: Born Kelly Paul Oubre, Jr., in New Orleans, Louisiana… Parents are Kelly Oubre Sr. and Tonya Coleman Oubre… Has an older sister, Amber Coleman, who attends Delgado Community College in New Orleans, and a young brother, Gared Washington, who at age 11 is a rising tight end with size 11 shoes… Moved from New Orleans to Richmond, Texas, outside of Houston following Hurricane Katrina when he was in fourth grade in 2005 with his father, Kelly Sr… Enjoys longboarding and video games… Undecided on a major.