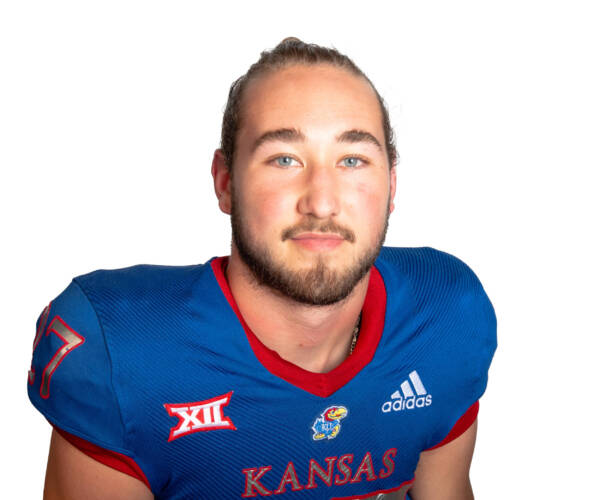 2020 (Fr.): Played in three-straight games for KU toward the end of the season … On special teams, returned five kickoffs for 83 yards, an average of 16.6 yards per return, with a long return of 22 yards. Iowa State: Made his first appearance in a Kansas uniform and recorded his first-ever kickoff return for 18 yards … Finished the game with a pair of KO returns for a total of 25 yards … at Oklahoma: Tied a season-high two kick return attempts and set a new single-game high with 36 return yards … TCU: In his third time taking the field for the Jayhawks this season, returned one kickoff for 22 yards on the afternoon.

High School: Earned a three star rating from 247sports and ESPN and a two star rating from Rivals… Played two varsity seasons under head coach Aaron Riley … Rated the No. 30 overall prospect in the state of Oklahoma by Rivals … Helped Union HS to the Oklahoma Class 6A-I state semifinals as a junior … Hauled in 57 receptions for 551 yards and 10 touchdowns as a junior … Caught 40 passes for 421 yards and four touchdowns during his sophomore campaign.

Personal: Son of Lana and Preston Pearson … Plans to major in architecture.