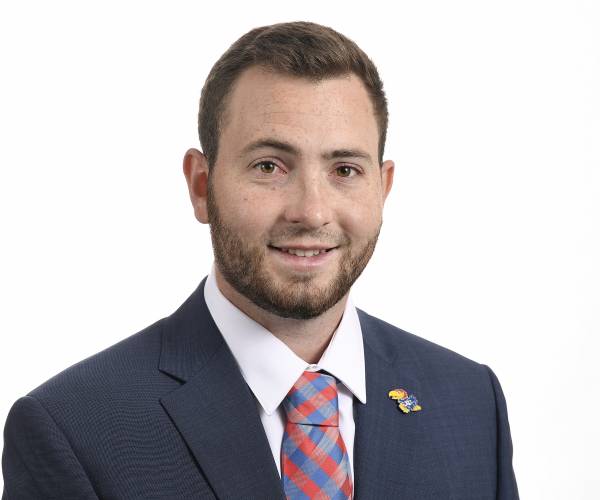 2019 (Sr.): Played in five games in his final year of collegiate eligibility … Completed nine of his 17 pass attempts for 114 yards and one touchdown … Carried the ball seven times for a total of 22 yards. Saw action vs. Coastal Carolina and West Virginia … Kansas State: Appeared in the annual Dillons Sunflower Showdown … Carried the ball twice for a net gain of 11 yards, one of which was good for his first touchdown at a Jayhawk … Also completed 2-of-3 passes for 65 total yards, with a long reception of 33, which were all season and KU-career highs … at Oklahoma State: Saw playing time against the nationally ranked Cowboys in Stillwater … Completed 4-of-8 passes on the afternoon, for a total of 25 yards through the air, with one interception … Rushed the ball twice for a net gain of three yards on the ground … Baylor: Made his fifth appearance of the season for KU on Senior Day … Set new season and career bests when he carried the ball three times for a total of 14 net yards with a long rush of 13 yards … Saw playing time under center in the third and fourth quarters, completing 3-of-6 passes for a total of 24 yards and one TD.

2015-18 (Fr.-Jr. at North Carolina): Finished his career completing 3-of-5 passes for 55 yards and a TD … Appeared in nine games as the holder on place kicks and saw action at quarterback against Western Carolina in 2018 … Served as the holder for all place kicks in 2017 … Rushed for a two-point conversion in the win at Old Dominion … At quarterback, rushed for three yards in the win over Western Carolina … Also completed a pass on a fake field goal attempt against Miami … Appeared in the win at Virginia in 2016.

High School: Threw for 1,952 yards and 23 touchdowns to lead U-High to a Division II Louisiana state title as a senior, the first for the program since 1988 … Also excelled as a pitcher and infielder on the baseball team and was an all-state baseball player as a sophomore.

Personal: Son of Kathy and Les Miles … His father, Les, is the coach of the Jayhawks … Earned his degree in communication studies from UNC in May 2019.