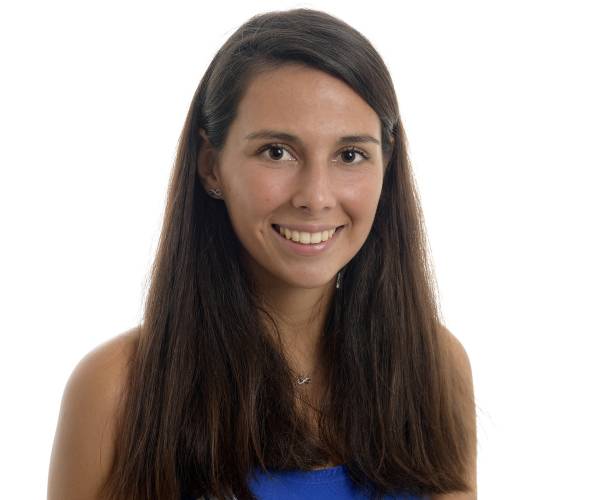 Fall 2018(Junior): Went undefeated at the Big 5 Challenge… Reached the Doubles final at the H-E-B Invitational… Advanced to the Singles final at the ITA Regional Championships.

Spring 2018 (Sophomore): Compiled a 21-16 overall singles record, including 14-8 in dual matches … Played at both the No. 4 and 5 positions, with an 8-4 mark on court four … Named to the 2018 Academic All-Big 12 Second Team … Teamed up with Janet Koch and Despoina Vogasari for an overall doubles record of 21-16, with 14-8 coming in dual matches … Paired with Vogasari in February to finish with a 14-4 mark at the No. 3 spot … Named to the All-Big 12 Doubles Second Team with Vogasari … Clinched KU’s first NCAA Tournament win in 19 years with a victory on court four.

Spring 2017 (Freshman): Put together an overall record of 20-9 during her freshman campaign, including a 9-6 spring record at the No. 5 spot … Missed the last nine matches due to injury … Named to the Academic All-Big 12 Rookie Team … Paired with Tatiana Nikolaeva, Tess Bernard-Feigenbaum and Anastasia Rychagova to post an overall doubles mark of 23-7, including going 13-2 in spring play at the No. 3 spot … Began the spring partnered with Nikolaeva to tally a 5-2 record … Started competing with Rychagova in February to go undefeated at 8-0.

Fall 2016 (Freshman): Opened her KU career with an outstanding fall season by posting the best singles mark of any Jayhawk at 11-3, including a 2-1 record against Big 12 competition … Opened the fall 2016 campaign with three-straight wins at the Little Rock Invitational and earned the title of Co-Champion of Flight C Singles with Tatiana Nikolaeva … Competed with Nikolaeva, Nina Khmelnitckaia and Tess Bernard-Feigenbaum to post a 10-5 doubles record with a 4-2 record against Big 12 opponents … Participated at the Little Rock Invitational, ITA Central Regionals, Roberta Alison Fall Classic and Notre Dame Fall Invitational.