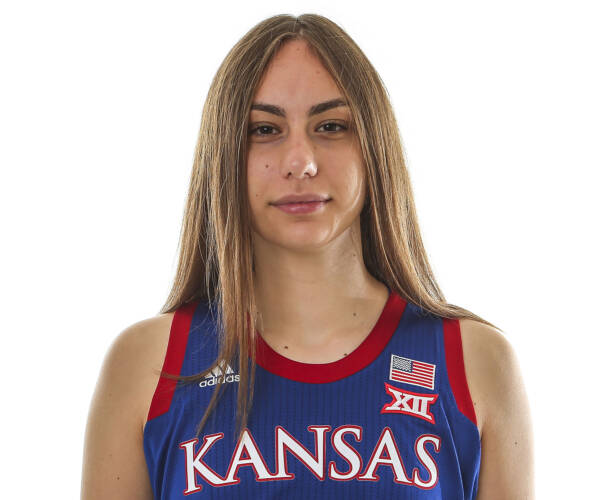 Appeared in nine games for the Jayhawks, averaging 8.2 minutes per game…Connected on one field goal and one free throw for a total of three points…Pulled down 11 rebounds and totaled four steals, two assists and one blocked shot.

Attended American High School of Skopje…Played basketball for Stella Azzurra Academy for head coach Zaki Stojanovska…Competed with the North Macedonian Senior National Team in European Championship…Youngest on team and one of the youngest players participating in the tournament…Has also played on both the U16 and U18 counterparts of the North Macedonian national squads…In 2019, represented North Macedonia at European Championships in U18 Division B and averaged seven points per game and four rebounds in three games…In same year, competed with a Division I professional Spanish team…Chose Kansas over Oregon, Syracuse, Rhode Island, UCLA, Arizona and Miami.

Daughter of Darko and Jasmina Nikolic … Has one sister … Plans to major in business and management … Has had family members play collegiately and professionally.