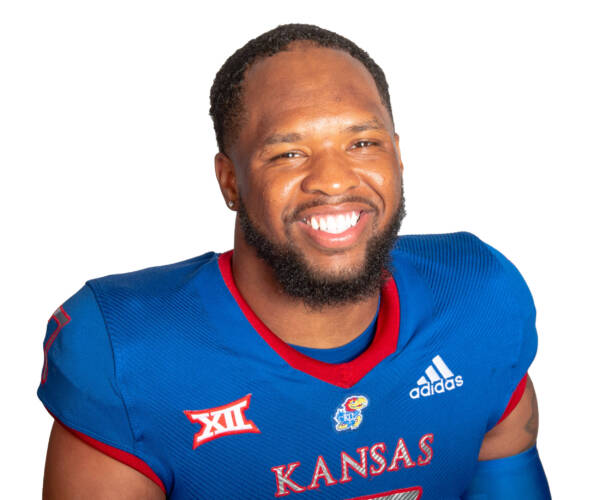 2020 (Jr.): Academic All-Big 12 Football Second Team … Played in six of KU’s nine-game season, earning a start in the season opener against CCU … Hauled in 19 passes, which tied for third on the team, and accumulated 95 yards, good for a 5.0 yards per catch average … His long reception of the season was good for 16 yards … Also carried the ball once for a gain of nine yards on the ground. Coastal Carolina: Served as a team captain and started the season opener at wide receiver for the Jayhawks … Recorded a team-high seven catches … Tied his 2019 season totals in receptions with four in the first quarter, adding his fourth reception on a 16-yard pass by Miles Kendrick … Tallied his fifth catch of the day in the second quarter on a three-yard pass from Kendrick and finished with a new career-high seven receptions for 38 yards … His previous best of three receptions for 17 yards came at Oklahoma State in 2019 … at Baylor: KU’s second-leading receiver at Baylor, making five catches for 26 yards … Oklahoma State: Accumulated 16 yards on three catches against OSU … at West Virginia: Caught a pair of passes from QB Miles Kendrick for a gain of eight yards through the air against the Mountaineers … TCU: Connected with Kendrick for a successful two-point conversion to bring the score to 20-45, in favor of the Horned Frogs, with 1:26 to play in the third quarter … at Texas Tech: Caught one pass for a gain of three yards in Lubbock.

2018 (RFr.): Played in 10 games … Recorded five receptions for 39 yards, with a long of 15 … at Central Michigan: Recorded his first-career reception for 10 yards … Rutgers: Caught one pass for 11 yards … Iowa State: Hauled in a career-long 15-yard reception.

High School: Rated a three-star prospect by ESPN.com and 247Sports … Earned two-star recognition from Rivals … Recognized on the NOLA All-Metro team as a return specialist … Took two kickoffs and two punts back for touchdowns … Averaged 25.8 return yards on punts … Named the New Orleans Male Athlete of the Week by the New Orleans Times-Picayune after returning a punt 90 yards for a touchdown and a kickoff 98 yards for a score against Brother Martin.