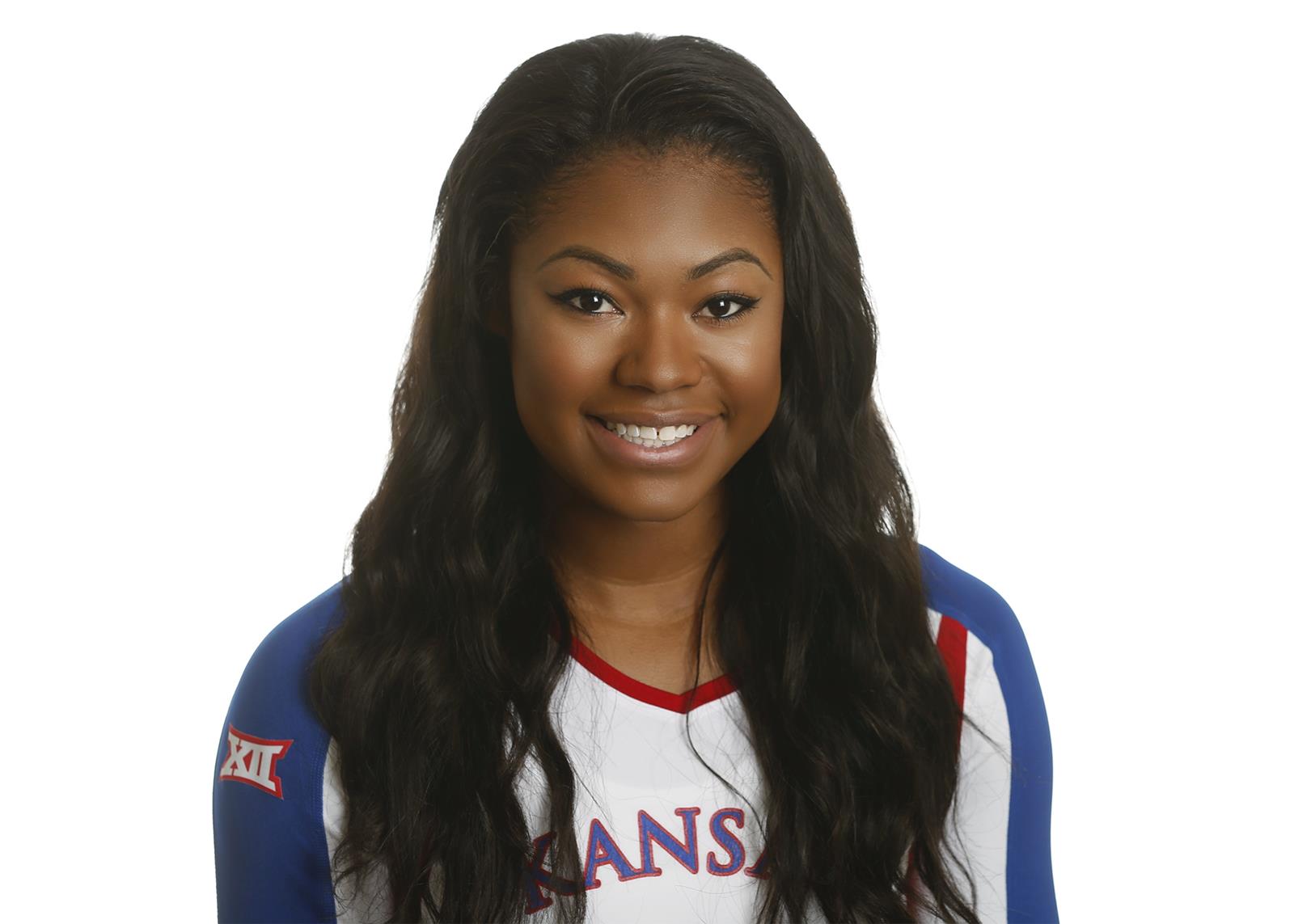 2012: Freshman Season
Started 20 matches during her freshman campaign and saw time in all but two matches… Posted double-digit kills six times and double-digit digs five times, including three double-doubles… Completed her freshman campaign with a well-balanced 162 kills and 177 digs… Broke out for 13 kills and a .312 attack percentage against UMKC (9/4)… Stepped up for a career-high nine blocks in a win against Loyola-Marymount (9/14)… Turned in her career-high 15 digs for the first time at Notre Dame (9/16) and added eight kills… In her next outing, Dockery recorded her first collegiate double-double as she broke her career-high with 15 kills and tied her personal-best 15 digs in a win versus RV Creighton (9/19)… Posted double-digit digs in the next two matches as well, including a team-leading 12 digs in her Big 12 debut at Texas Tech (9/22) and a double-double versus No. 19 Iowa State (9/26) with 14 kills and 15 digs… Notched her third double-double of the year in a home win against Baylor (10/6) with 11 kills and 13 digs… Followed that with 14 kills at Oklahoma (10/10) in KU’s next outing… Battled in a loss at No. 22 Iowa State (10/24) with eight kills and 11 digs… Posted 10 kills in a sweep at TCU (11/17).

High School
Four-year letterwinner at Foster High School under head coach Tara Domel… Named First Team All-District in each of her four seasons for the Falcons… As a senior, Dockery made her second appearance on VYPE Magazine[apos]s Top 25 Players in the Houston area … Had an explosive junior season, selected to VYPE Magazine[apos]s Top 25 Players in the Houston Area for the first time and earned a spot on the All-State Team… During her sophomore campaign, she garnered Setter of the Year accolades and led the Falcons to a District Championship… Named First Team All-District as a freshman… A multi-sport athlete, Dockery lettered for three years on the track team… A 2011 state champion in the long jump (4A) as a junior.

Club
Played for the Southwest Juniors under coach Ebi Azimi for six seasons.