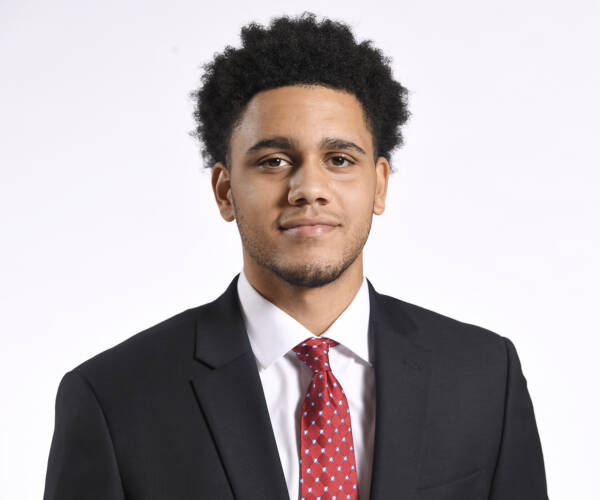 OVERVIEW
Entered the transfer portal following the 2020-21 season and signed with Iowa State … A regular his freshman and sophomore seasons as he played in 55 games and averaged 10.2 minutes per game in his two year at Kansas … A versatile player who has a 7-foot wingspan.

2019-20 (FRESHMAN)
A regular who averaged 10.8 minutes per contest … Had nine games with four or more rebounds, including four vs. Iowa State (2/17) … Led the team in blocked shots four times and in steals twice … Scored six points, with two steals vs. Kansas State (1/21) … Posted season highs with four assists and four steals versus East Tennessee State (11/19) … Had five points, two rebounds, two blocked shots and one steal in career debut against #4 Duke (11/5).

SUMMER 2019
Led the Netherlands and was second overall in scoring at 19.1 points per game at the U18 FIBA European Championship in Volos, Greece … Also led his team in rebound average at 8.7, which was fifth overall … Posted three games of 20 or more points, including a high of 29 versus Croatia … Had two double-doubles … The Netherlands went 2-5 in the event.

HIGH SCHOOL
Played for Wasatch Academy in Mt. Pleasant, Utah, his final season in high school … Averaged 10.6 points, 4.8 rebounds and 2.4 assists per game in 2018-19 as Wasatch went 26-4 under head coach David Evans … Was listed as one of the top international players at the Basketball Without Borders event.

PERSONAL
Born in Almere, Flevoland, Netherlands … Parents are Eddy Enaruna and Anneliese Breijer … Has one older brother, Iyen, who plays basketball at Cloud County CC … Played all kinds of sports growing up from karate to gymnastics … Communication studies major.