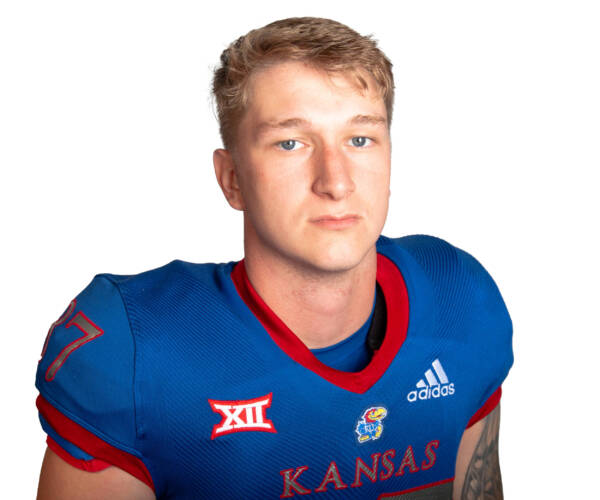 2020 (Fr.): Played in the Jayhawks’ final three games of the year … Hauled in one reception at Oklahoma, good for a gain of 20 yards, and made it into the end zone for his first catch and score of the season. at Oklahoma: Made his Jayhawk debut in Norman … Scored his first-career touchdown on a 20-yard pass from Miles Kendrick as time expired in the game … TCU: Played in his second-straight game against the Horned Frogs without registering any stats … at Texas Tech: Saw playing time in his third game of the season in Lubbock … Did not record any stats on the day.

Personal: Son of Barb and Matt Huggins … Has three siblings: Jack, Morgan and Tommy … Plans to major in exercise science … Chose Kansas over Oklahoma State, among others.