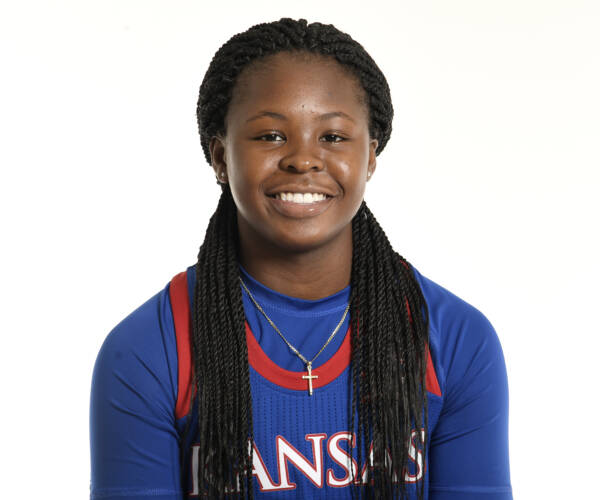 Earned All-Big 12 Honorable Mention recognition…Appeared in all 31 games, making 30 starts at the point guard position…KU’s second-leading scorer, averaging 12.0 points per game…Scored 10 or more points in 21 games, including a season-high 25 against West Virginia (Feb. 15)…Matched her career-high with seven rebounds at Oklahoma (March 5)…Led the Jayhawks and ranked eighth in the Big 12 with 124 assists, an average of 4.0 per game…Enters her senior season ranked No. 10 in career assists at Kansas with 318…Had a season-high seven assists in back-to-back games against Santa Clara (Dec. 12) and at Wichita State (Dec. 21)…Ranked second in the Big 12 in free throw percentage, hitting 85.6 percent from the stripe…Recorded the third-best single-season free throw percentage in school history…Totaled 27 steals and two blocked shots.

Preseason All-Big 12 Honorable Mention…Academic All-Big 12 Second Team…Shot 38.4 percent from the floor, 34.7 percent from three and 82.7 percent from the free throw line…Scored 247 points, an average of 9.9 points per game…Set a career with 11 assists against Oral Roberts on Dec. 6…Set a new career in free throws made and percentage, going 10-for-10 against Kansas State on Jan. 23…Posted two 20-plus point games…Led team with 91 assists, an average of 3.6 per game…Played a team-leading 29.4 minutes per game for the year.

Named to the Big 12 All-Freshman Team, becoming the third Jayhawk selected in program history…Started all 29 games…Shot 77.6 percent from the free-throw line…Scored 352 points on the season and grabbed 28 steals…Averaged 12.1 points per game…Led KU in assists 17 times…Scored a career-high of 25 points against Oklahoma (Feb. 2)…Dropped 23 points and dished out eight assists against Oklahoma St. (Feb. 29)…Scored over 10 points 20 times…Led KU in assists 17 times.

The daughter of Steven Franklin and Brandy Mister…Has three siblings: Brenai, Braylon and Akoya…Plans to major in sport management.