It’s always inspiring to see Jayhawks using their platform to give back and that caring nature was on display last week.

Seven KU football players and several Jayhawk staff members teamed up with Ruler of Hope to brighten the week of several patients of the Ronald McDonald House Charities of Kansas City (RMHCKC).

Ruler of Hope is a local organization founded in 2019 by KU Football Tight Ends Coach and Recruiting Coordinator, Joshua Eargle and his wife, Kristen. The charity strives to provide support and research to medically fragile children. The Eargle’s inspiration is their courageous daughter Landrey, who has battled severe health challenges since birth after being the first child in the United States to be diagnosed with a condition involving a rare genetic mutation of the CSNK2B gene. You can hear more about Landrey’s story on this episode of The Jayhawker:

Landrey has a smile that will light up the room and her spirit, along with her family’s great faith, inspired the Eargles to brighten the lives of other children facing significant medical challenges.

This week’s outreach with RMHCKC was something Ruler of Hope had brewing up long before COVID-19, but the pandemic certainly caused the Eargles to alter their plans. Initially, Ruler of Hope was scheduled to be the title sponsor this month of a pre-existing program at RMHCKC called “Drop and Dine” where volunteers cook the patients’ parents a nice dinner and other volunteers play with the kids in a separate room. The pandemic changed all of that though, prohibiting volunteers from going inside the building.

Like any good coaching family, the Eargles wouldn’t be beaten easily and went back to the drawing board to design a new game plan.

“For months, it’s been heavy on my heart,” described Kristen Eargle. “For a while, I would wake up in the morning and wonder how in the world patients and families were making it quarantining away from their families and homes. How could we do this? How could we bring a smile?”

Kristen then huddled up with the RMHCKC volunteer coordinator and asked her to run through all the games they’ve ever played or events they’ve done prior to or during the pandemic. Trivia night had been popular with the kids and their families.

“I stopped and said, ‘Wait a minute, what if I could get KU football players to play with your patients virtually?’ explained Kristen. “I talked to Joshua and his response was, ‘Oh, our players here at KU would absolutely love that! They will get into it!’ He was right.”

And so Kristen and Joshua went to work on “Kansas Football Disney Trivia Night.”

Kristen coordinated the food donations, recruited an emcee in the Voice of the Jayhawks, Brian Hanni, and gathered prizes for each of the kids and their families that would be participating. 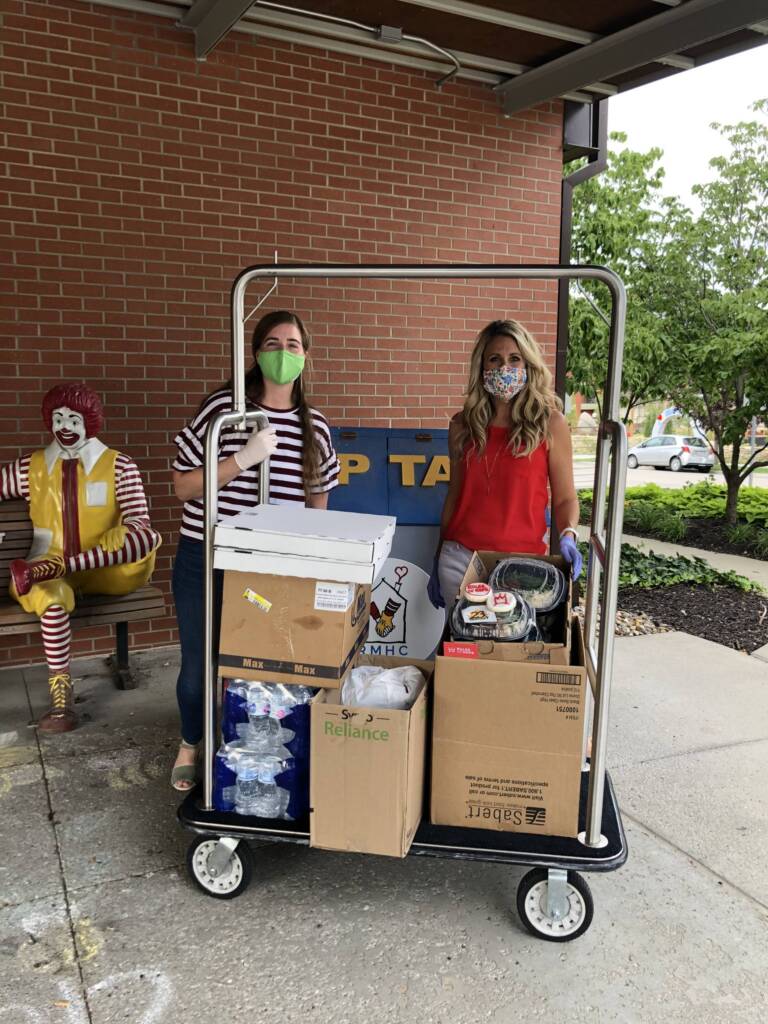 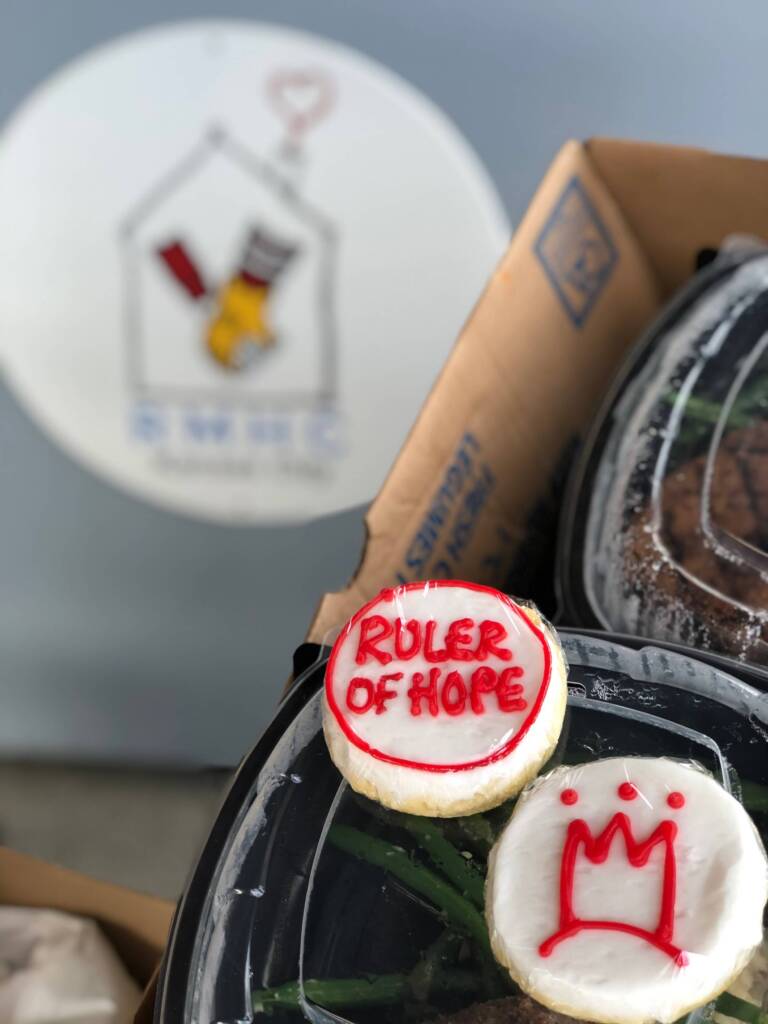 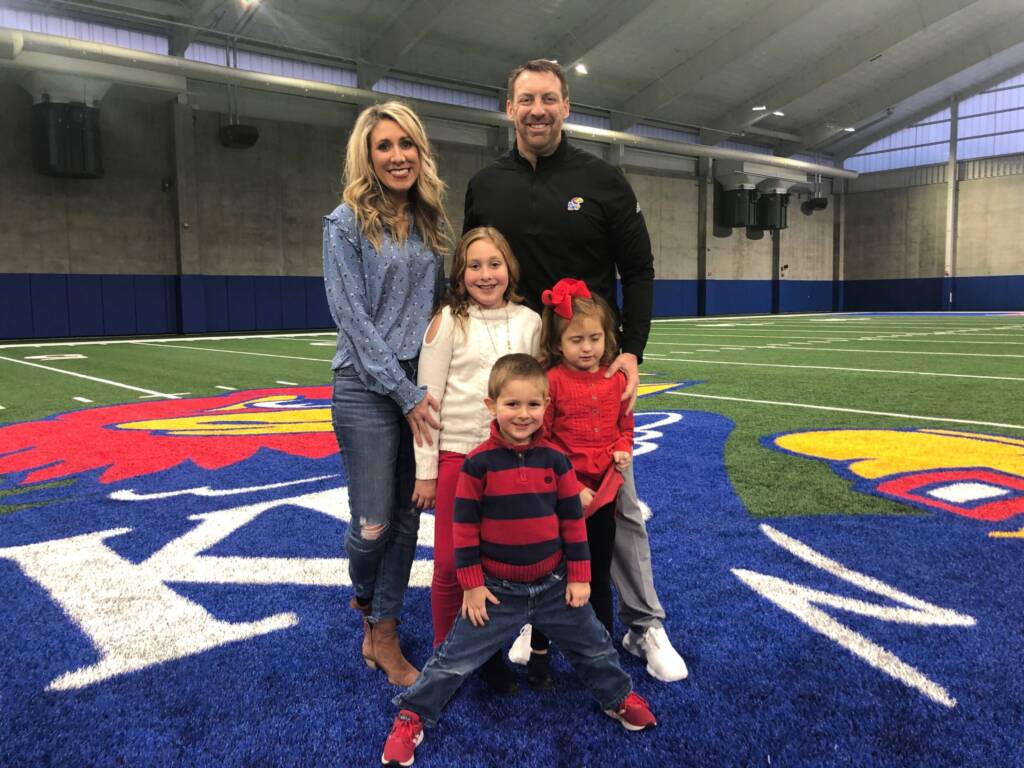 Coach Eargle then teamed up with Edward Jones, KU’s Director of Player Development, to recruit a collection of KU players who would enjoy engaging with the kids. Excitement was building as the Eargle family’s plans were coming together.

“You have this idea and hope that somehow it would work. I didn’t sleep for two days. I was hoping every single detail would come together,” recalled Eargle. “I honestly had nothing to worry about because Ed Jones does a phenomenal job coordinating the behind-the-scenes details with KU, from paperwork to lining up the players. The players knew exactly what to do. Tracey Dillon (Coach Miles’ administrative assistant) was our judge and she was excellent.”

The collection of KU players wound up including Api Mane, Chris Hughes, Mason Fairchild, Amauri Pesek-Hickson, Miles Fallin, Nick Channel and Cooper Root. Each student-athlete was paired with a child and it didn’t take long for the fun to begin and an impact to be made.

“I’m watching my screen and I go from cracking up laughing to fighting back tears,” said Eargle. “It was more than I dreamed it would be. Brian Hanni introduced the players and the patients and families like they are running out of the tunnel at David Booth Kansas Memorial Stadium. We have to remember most of us have never experienced what it’s like to be announced like that. It was a very competitive event, but also this incredibly encouraging environment where the patients’ families also clapped for each other as well. For 40 minutes, I bet they forgot they were facing a medical challenge.”

Eventually a trivia champion was crowned and gift cards were given to each of the families, but the Eargle family hopes the impact of this initial event will extend far beyond one night of fun and prizes.

“I get off the call and looked at Joshua and said, “I think we just invented a virtual community service. This will be powerful,” proclaimed Kristen.

“I’m just so proud that it was Kansas football to be the first that I’ve heard of to implement virtual community service,” said Joshua. “That just fits the people of Kansas and the culture of our football program.”

The couple might be right about the powerful impact this initiative could have going forward. After a great deal of support on social media the next day, two other Big 12 schools reached out asking about how they could replicate the event to bring some joy to similar patients in their areas. Ruler of Hope decided to make this a monthly tradition going forward and incorporate as many different Jayhawk football players and other KU student-athletes as possible.

“I hope this idea spreads like wildfire,” said Kristen. “That means families will be encouraged and we will keep being reminded to spread joy and to focus on something greater than ourselves.”

That is an awesome perspective from some very special Jayhawk ambassadors.

To learn more about the Eargles’ initiatives through Ruler of Hope, visit the organization’s website at www.rulerofhope.org.