LAWRENCE, Kan. – Junior Ceri Holland’s goal in the 84th minute was enough to salvage a 1-1 draw for the No. 23 Jayhawks against the West Virginia Mountaineers Thursday night at Rock Chalk Park in the regular-season home finale. The goal was Holland’s sixth of the year and helped Kansas extend its unbeaten streak to four games.

WVU jumped on Kansas fast, with Enzi Broussard hitting the back of the net for a goal in the first five minutes of the game. After allowing the early score, Kansas’ defense was locked in and held back an aggressive West Virginia defense for the remainder of the contest.

Junior Ceri Holland played late-game hero for Kansas as time was winding down at the end of the second period. Junior Kathryn Castro and sophomore Bri Amos used a pair of passes to find Holland in the 84th minute and she did not miss the opportunity. She fired in her sixth goal of the year past WVU’s Rylee Foster and knotted the game at a goal apiece.

The Jayhawks tallied eight shots in the 20 minutes of extra time but once again came up empty, settling for their second tie of the season and first draw at Rock Chalk Park since 2016

The Jayhawks posted a 26-5 shot advantage including Katie McClure’s 12 attempts, which tied a program record and are the most by a Jayhawk in a single match since 2005.

UP NEXT
The Jayhawks will journey to Fort Worth, Texas to meet the TCU Horned Frogs on Sunday, Oct. 27. Kickoff from Garvey-Rosenthal Stadium is slated for 1 p.m. on Fox Sports Southwest. 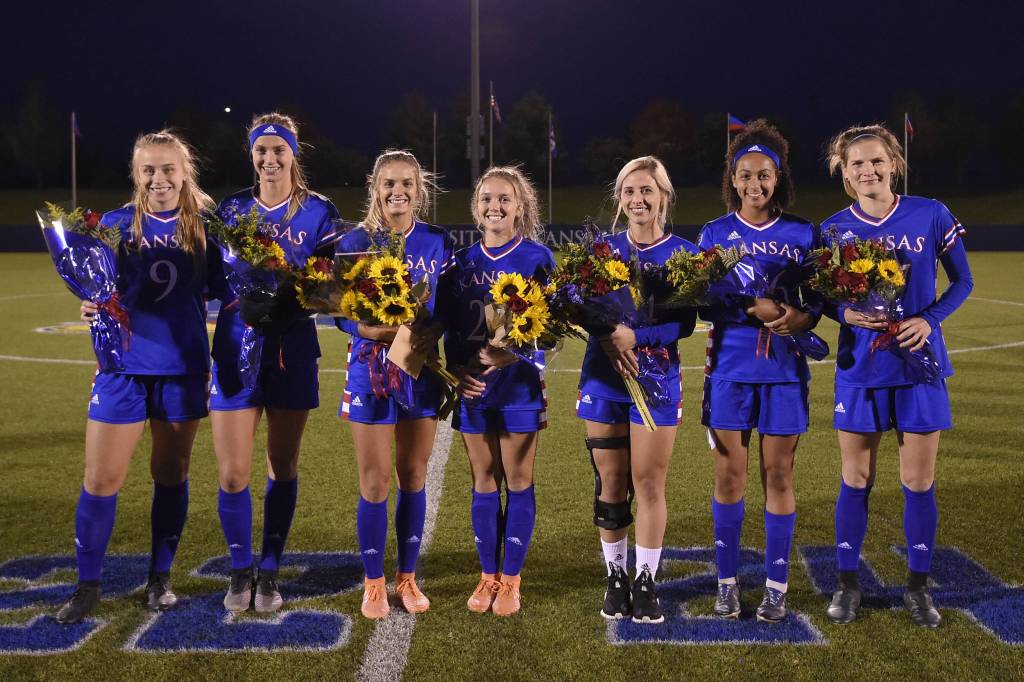 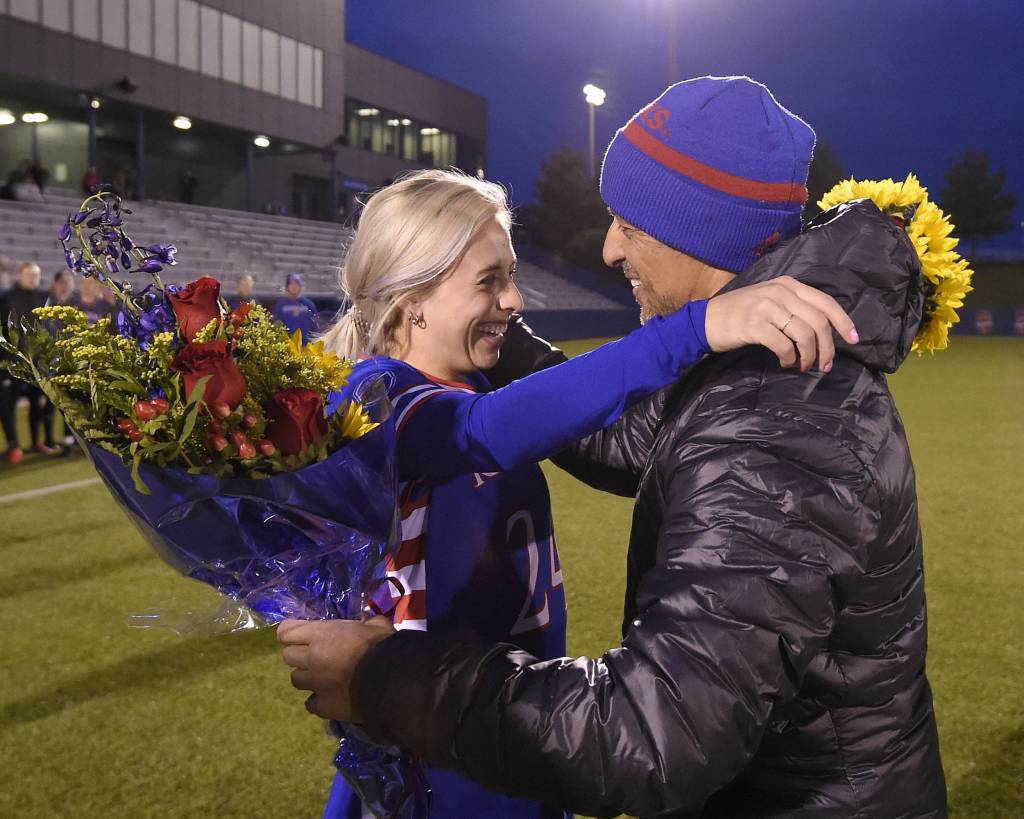 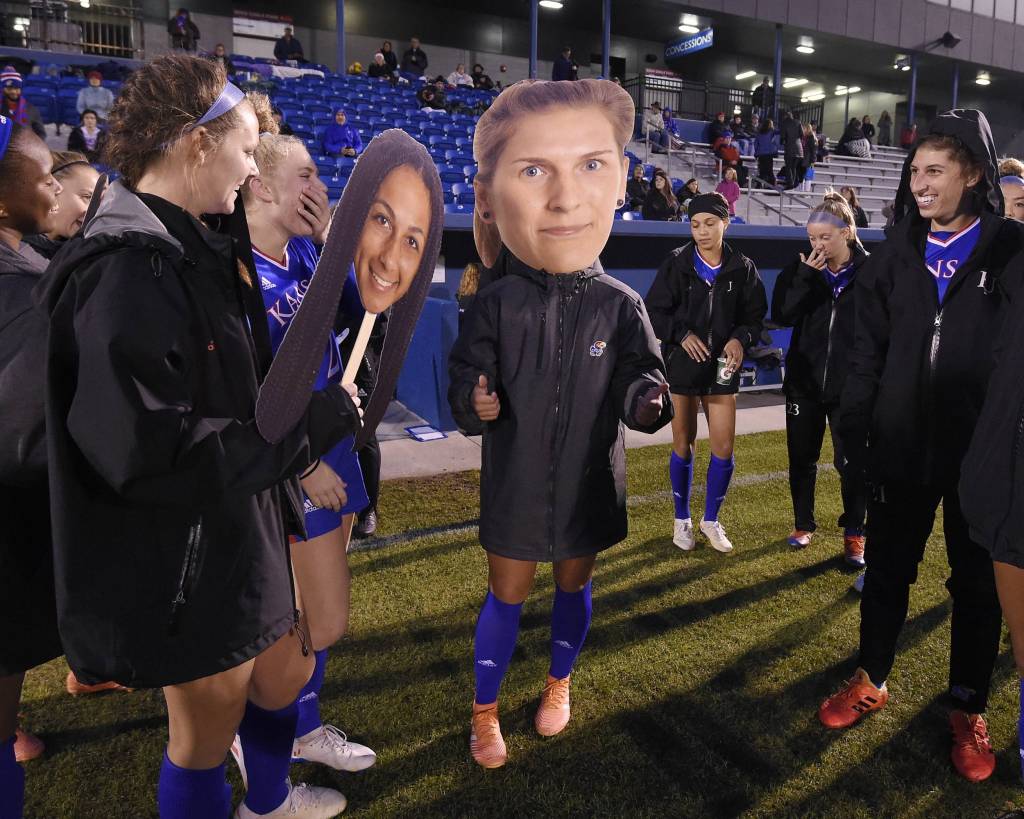 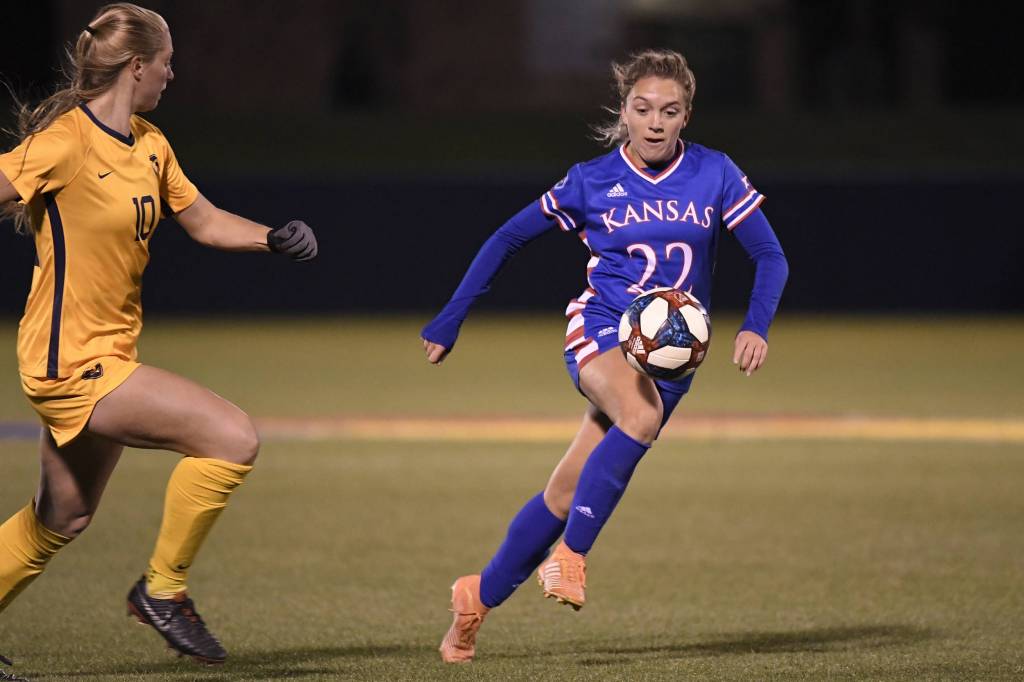 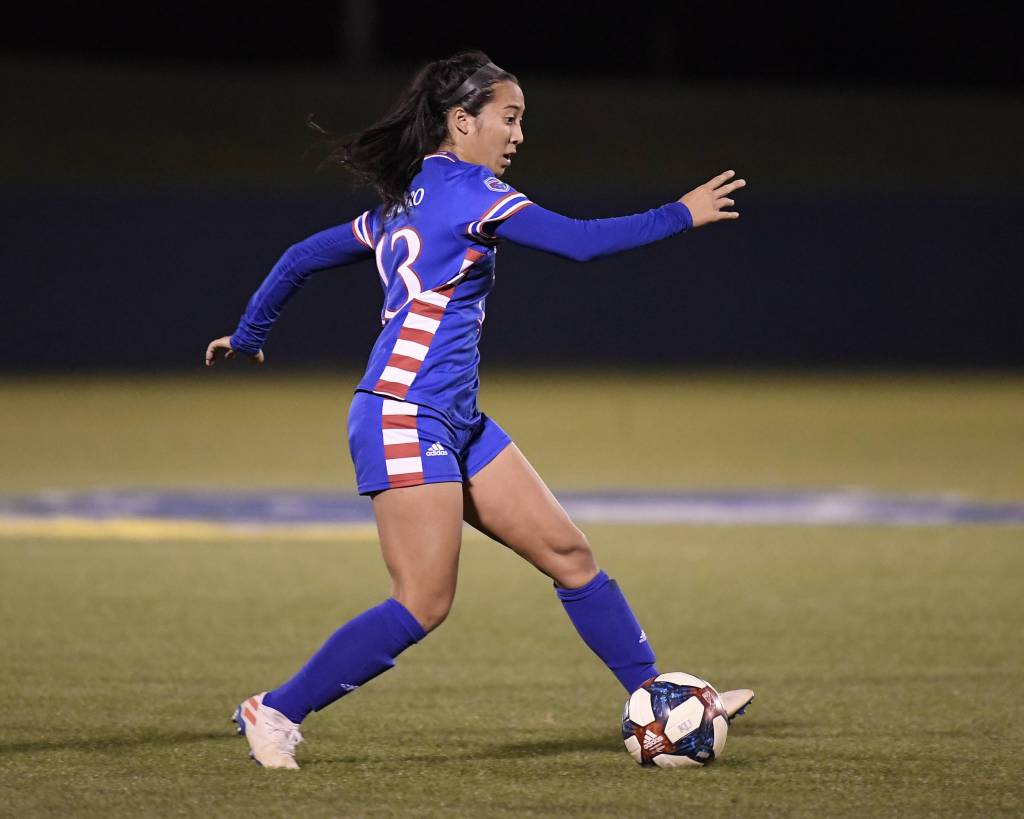 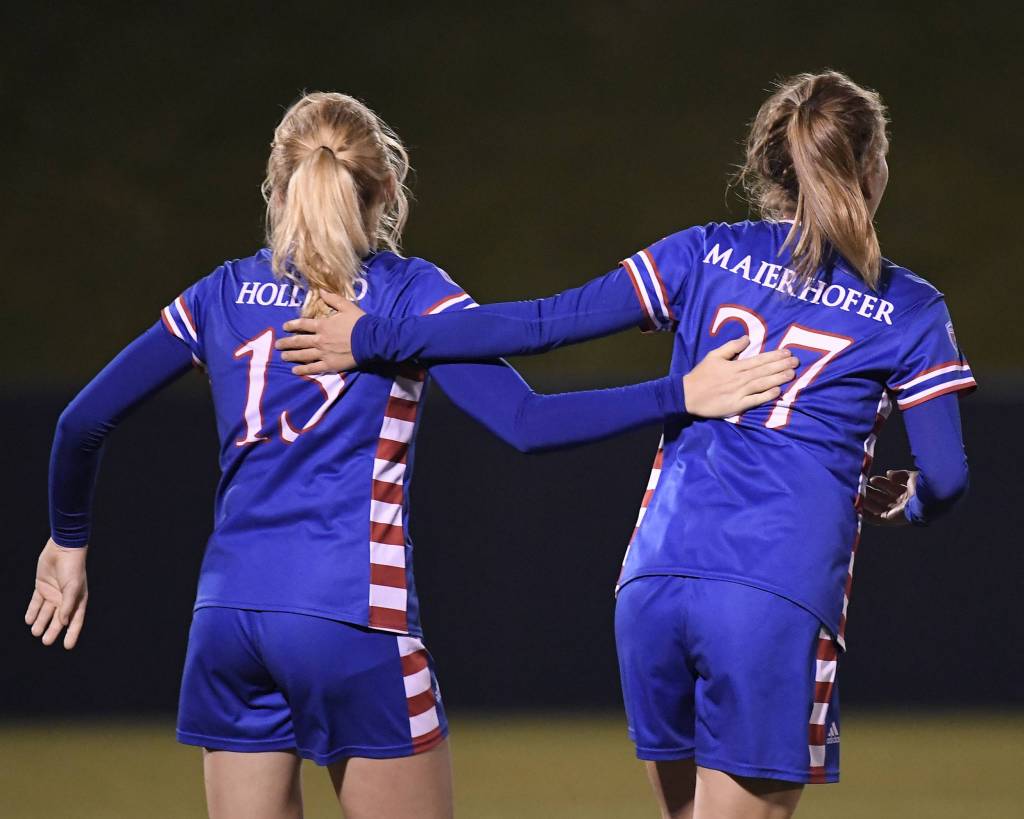 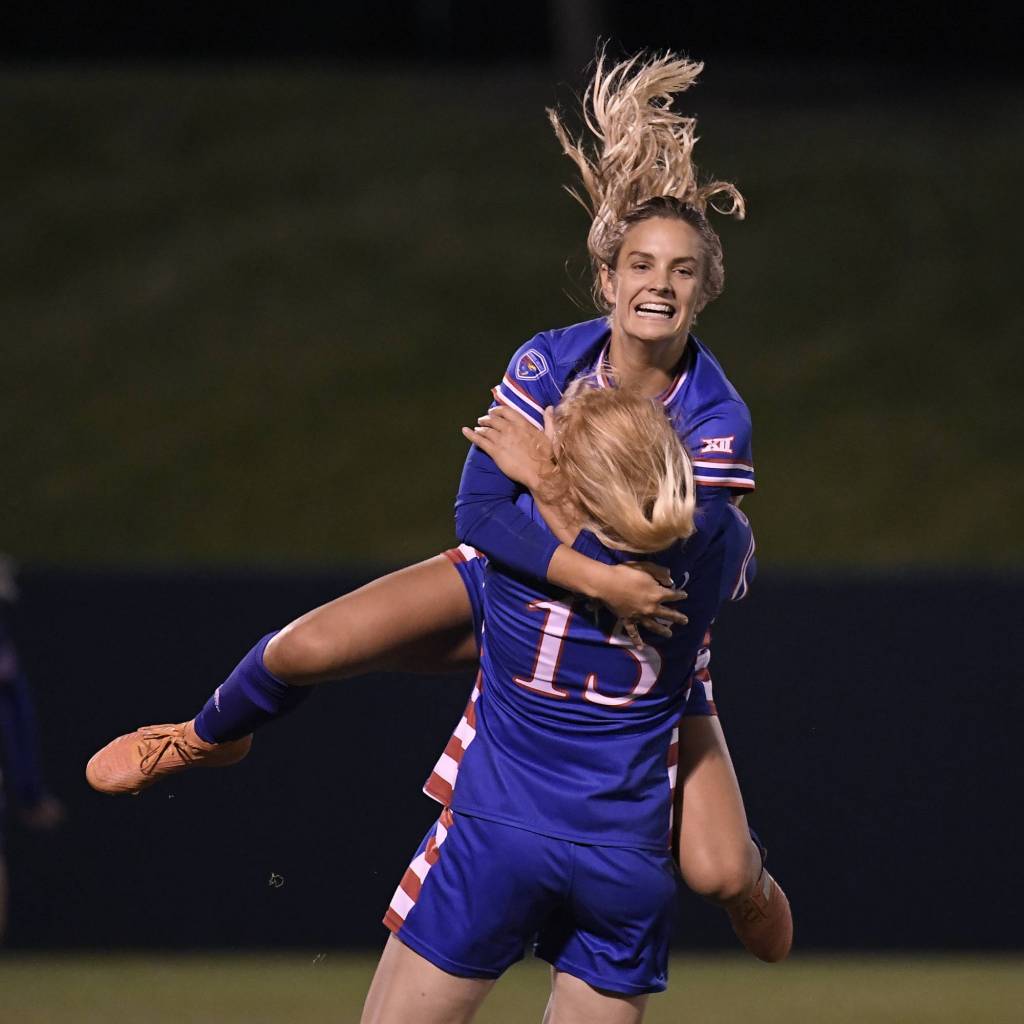 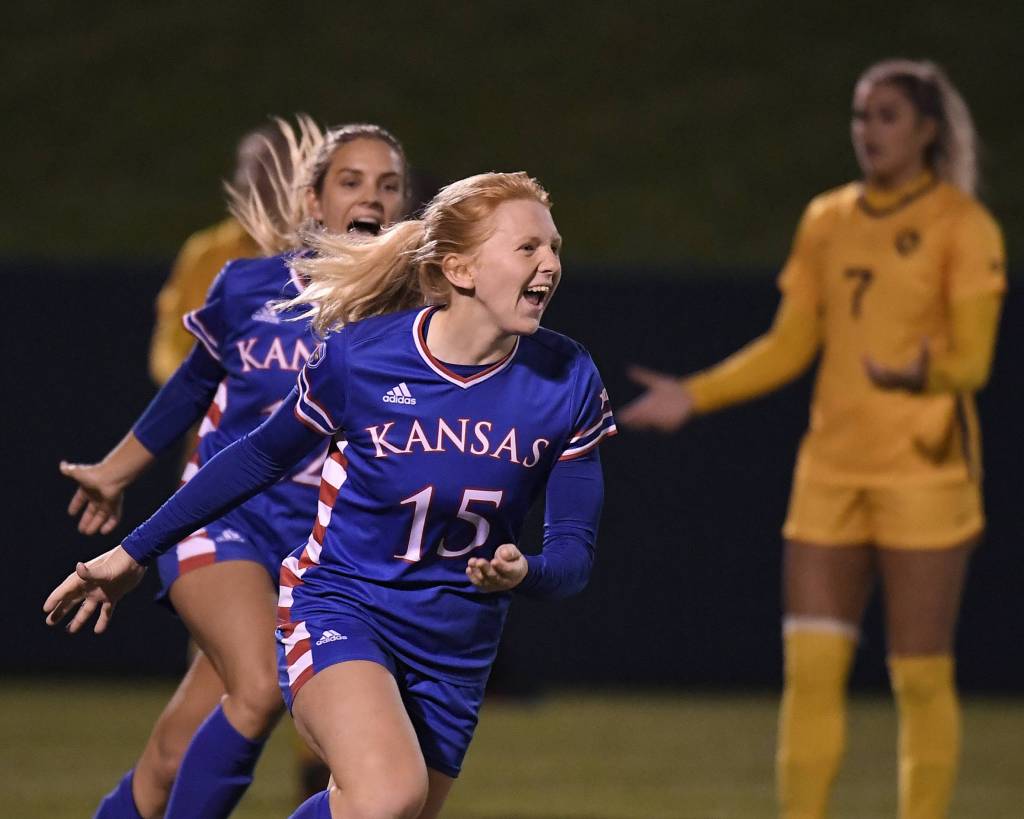 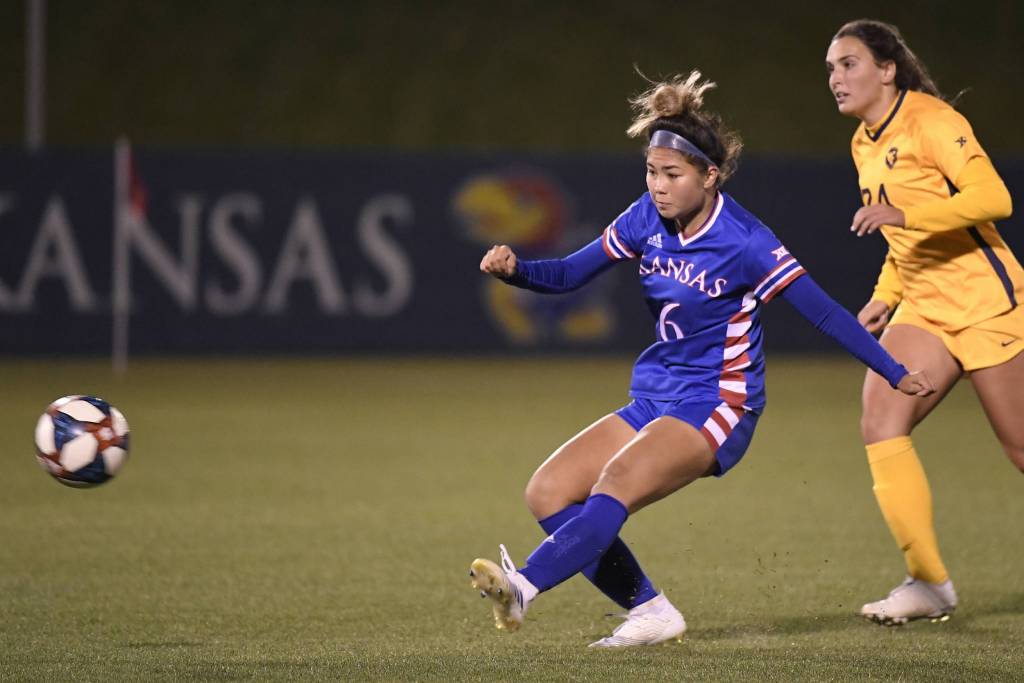 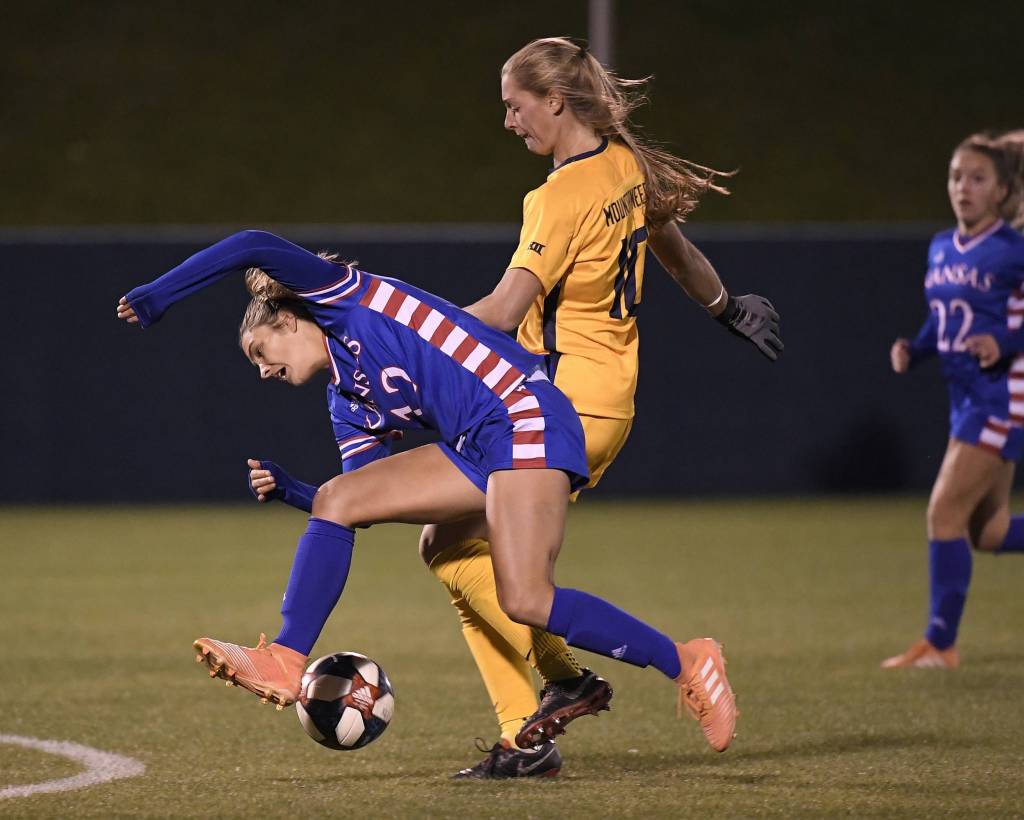 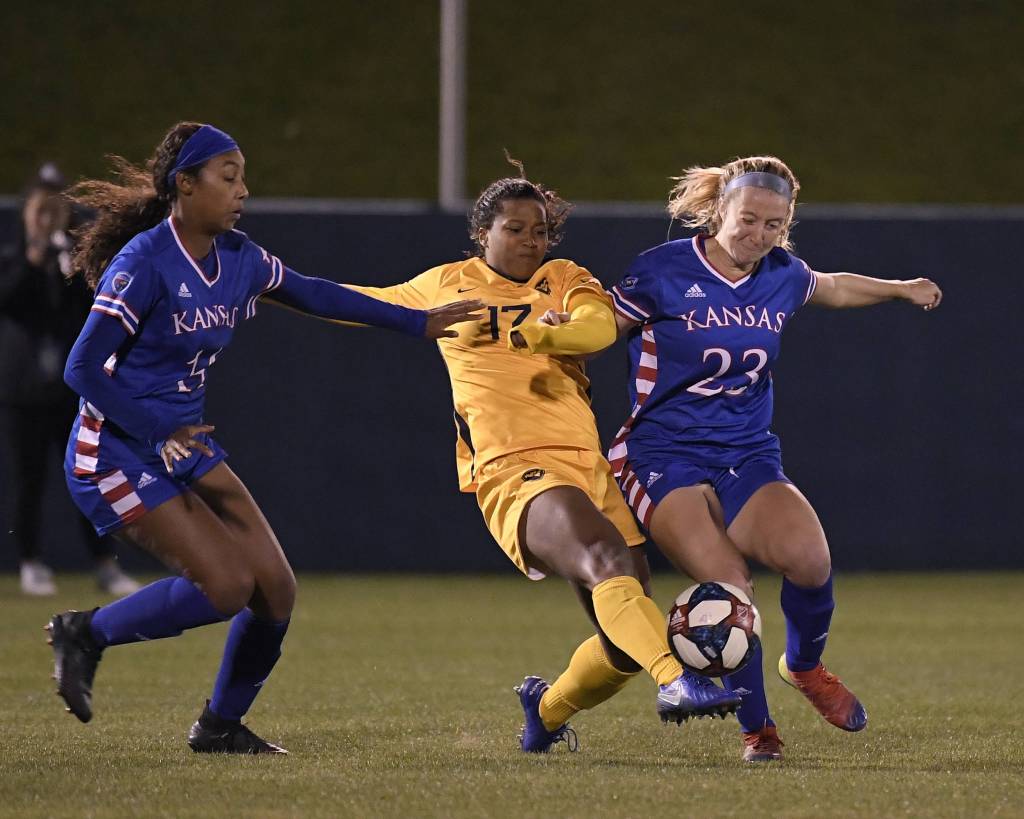 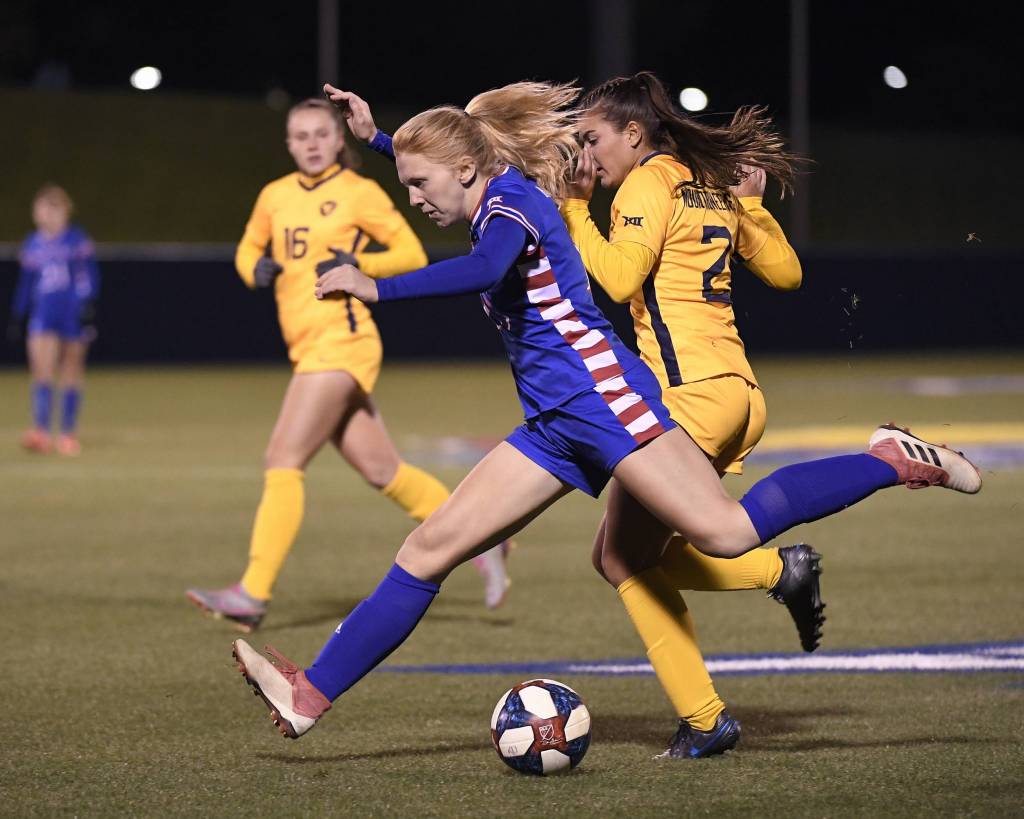 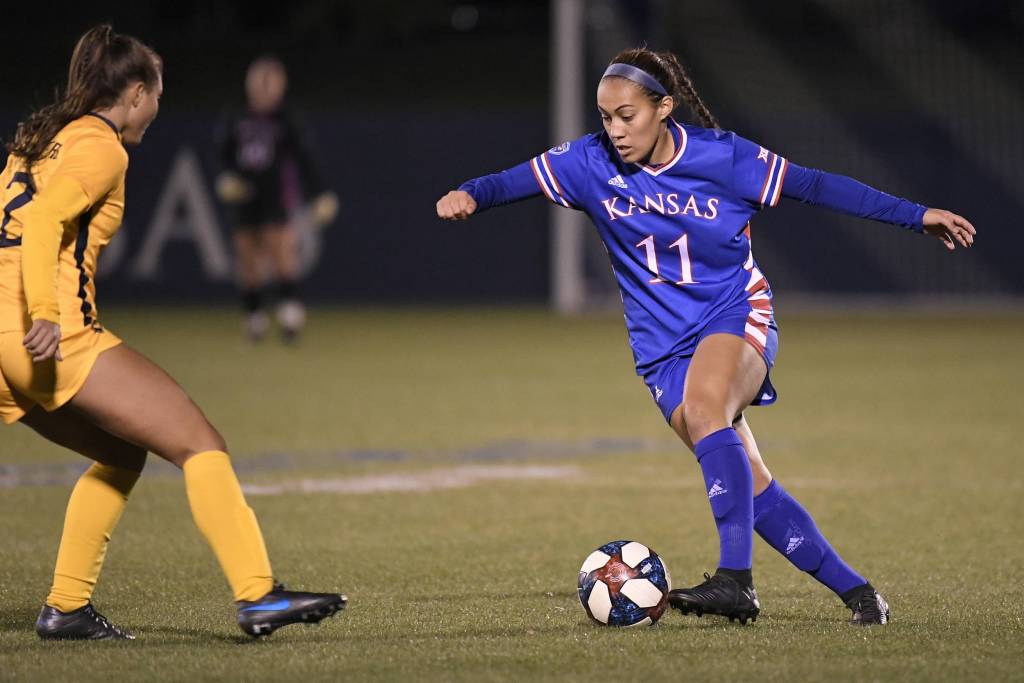 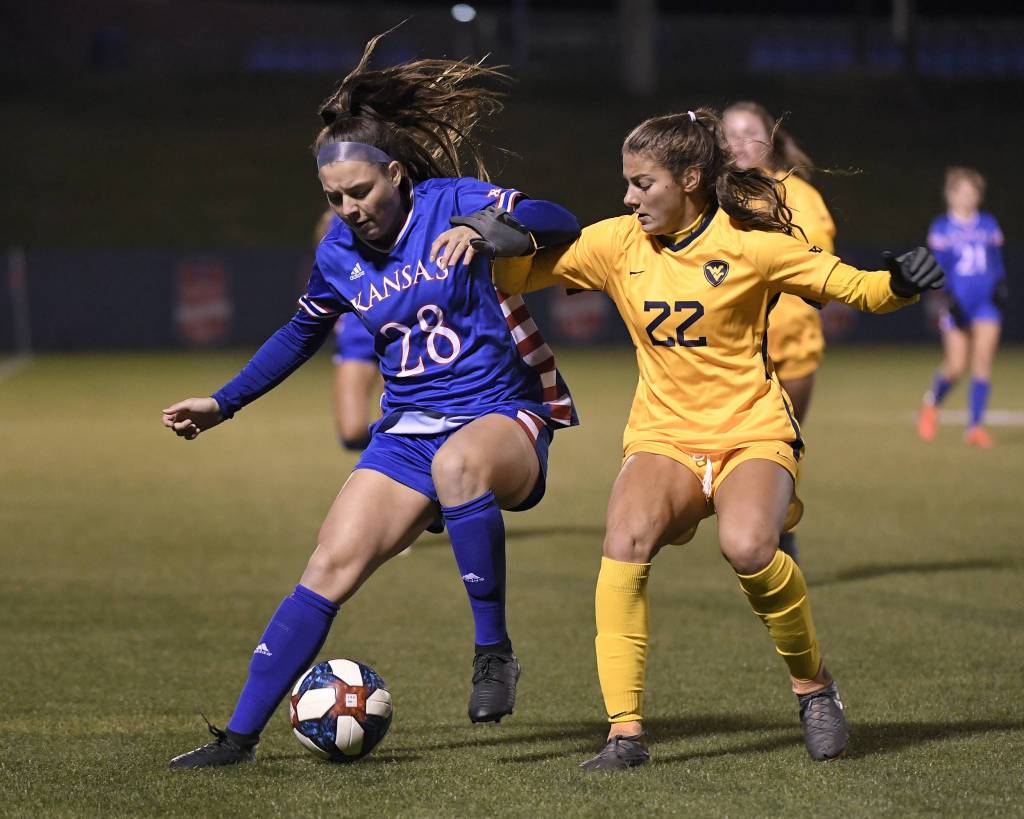 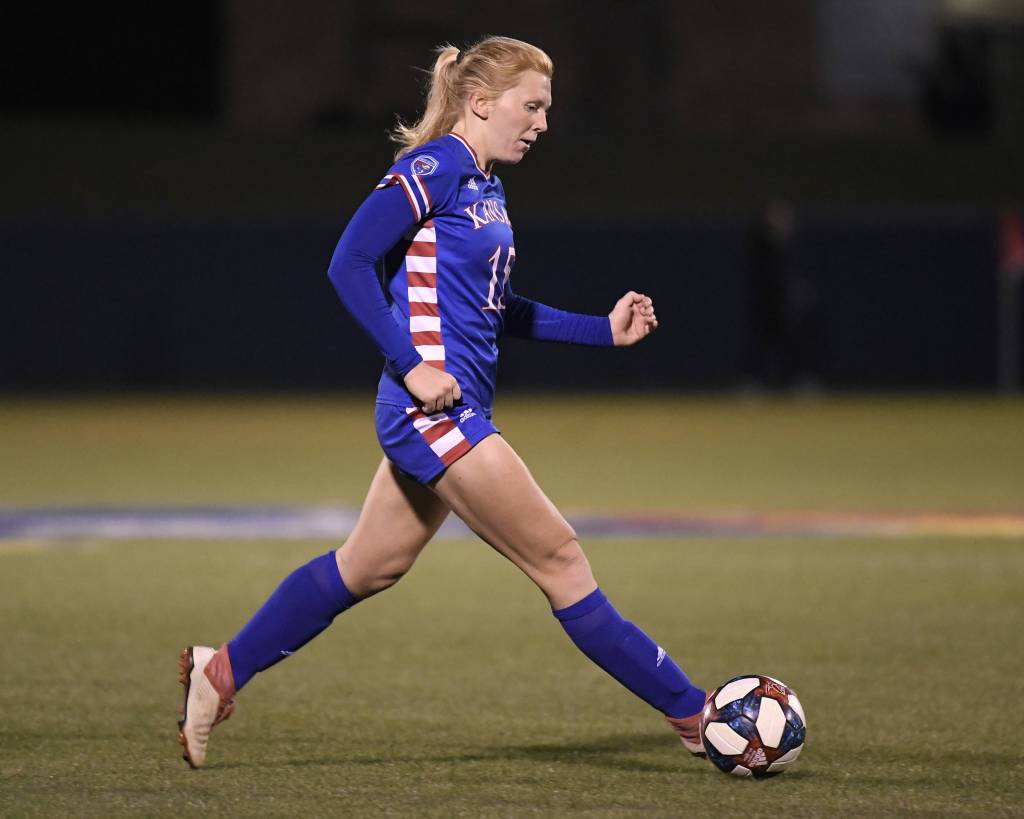 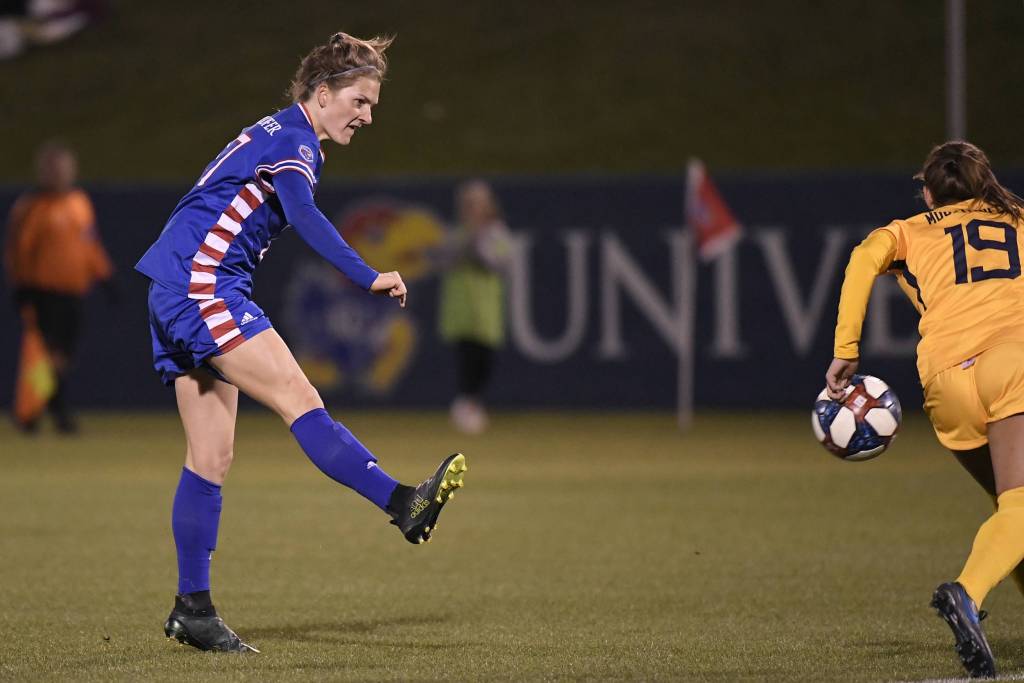 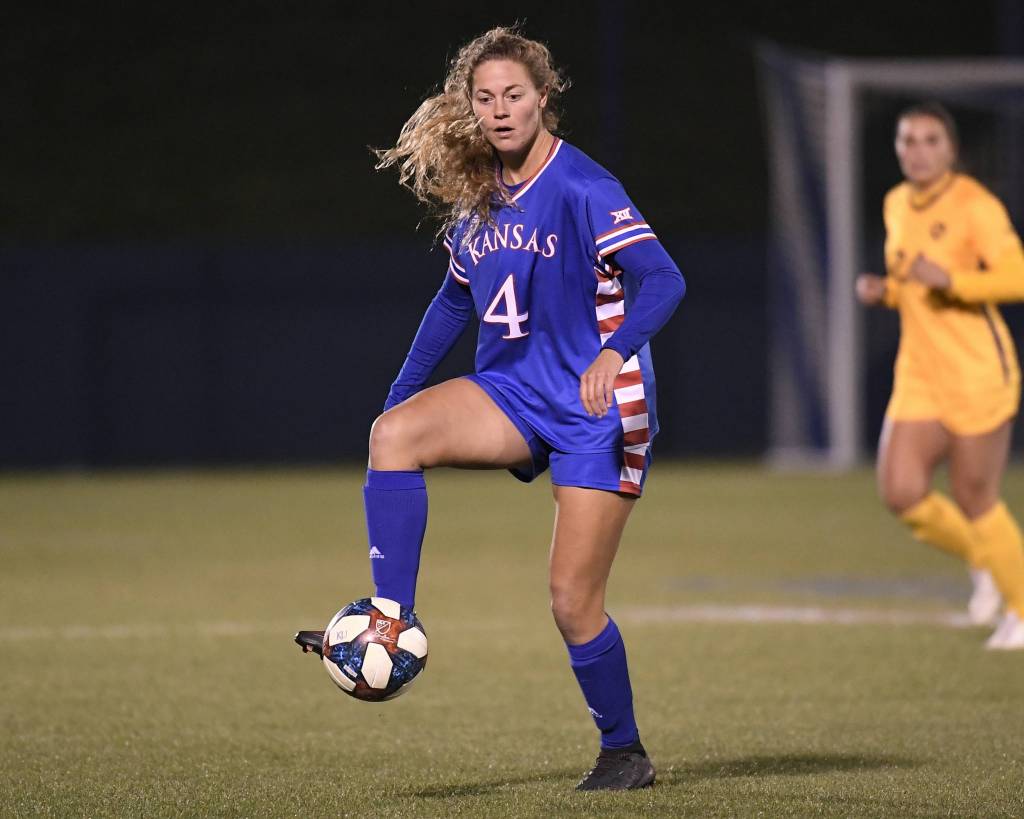 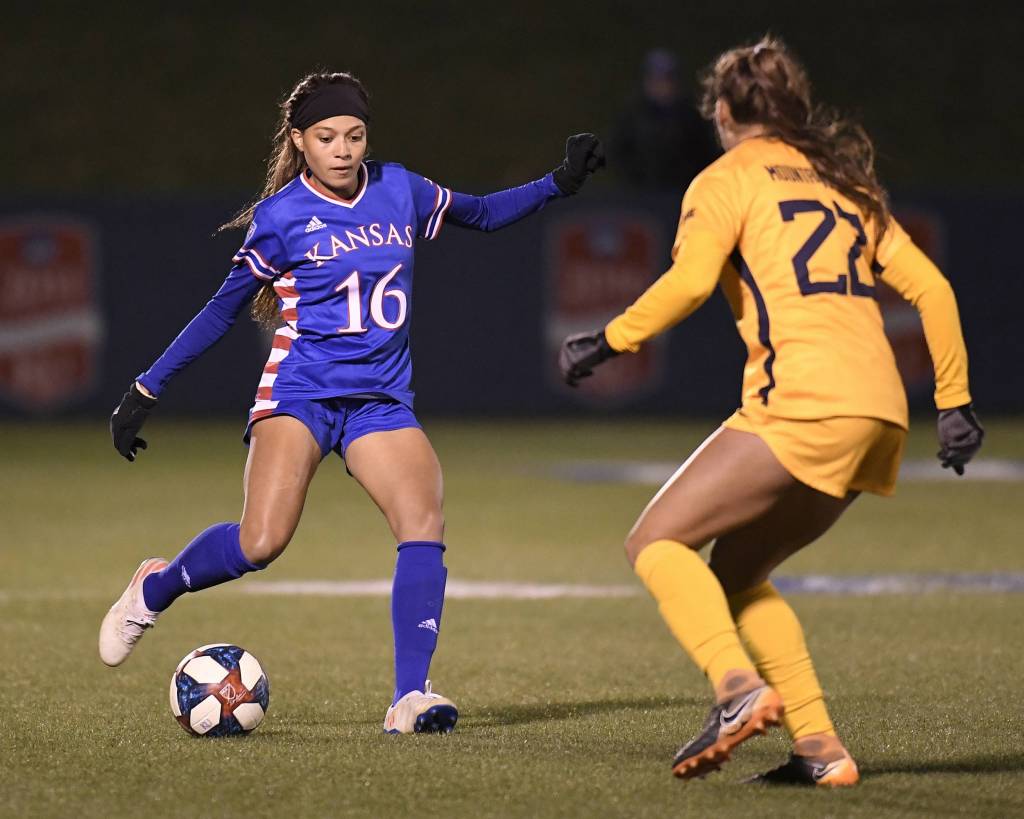 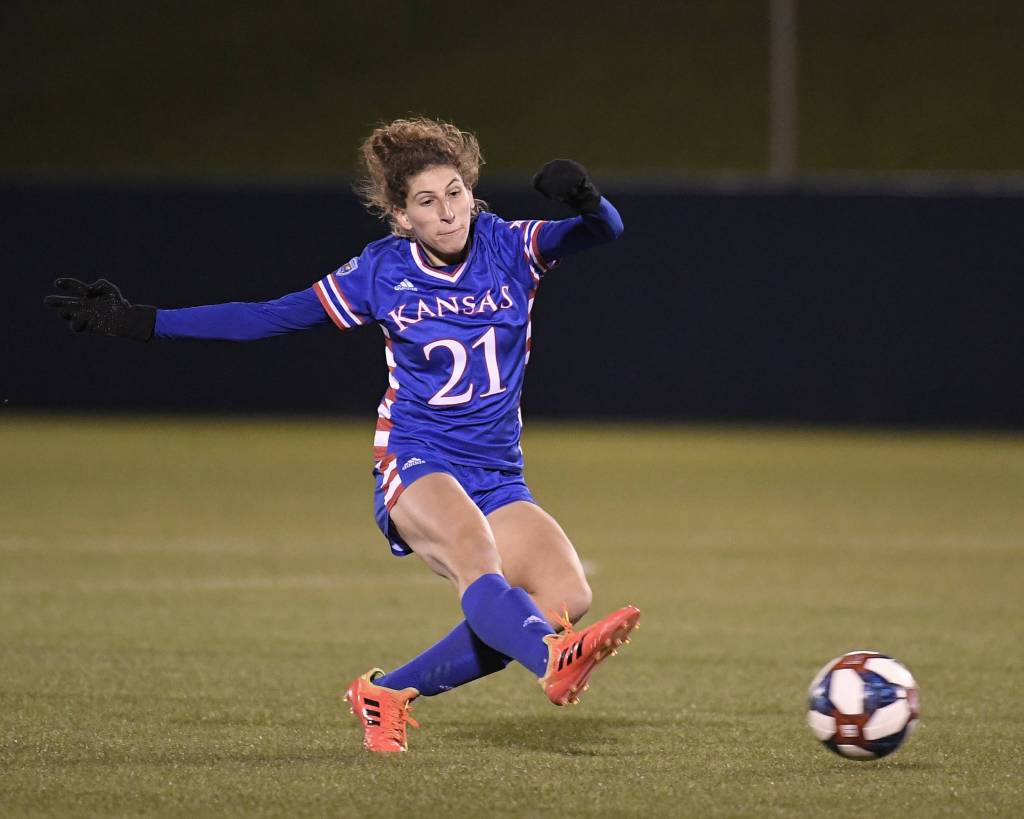 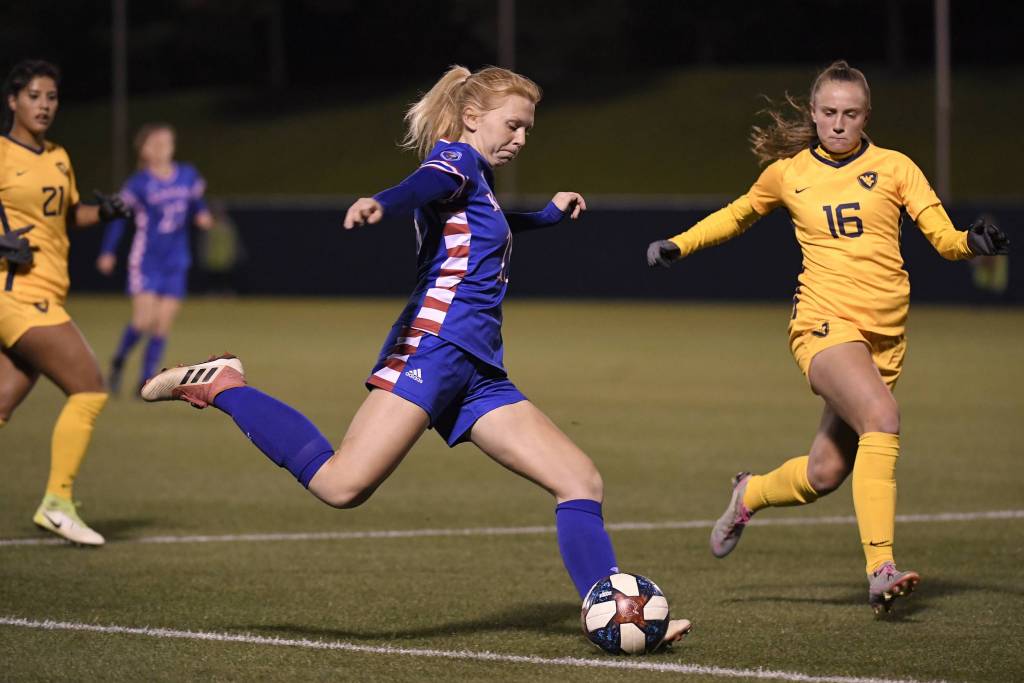 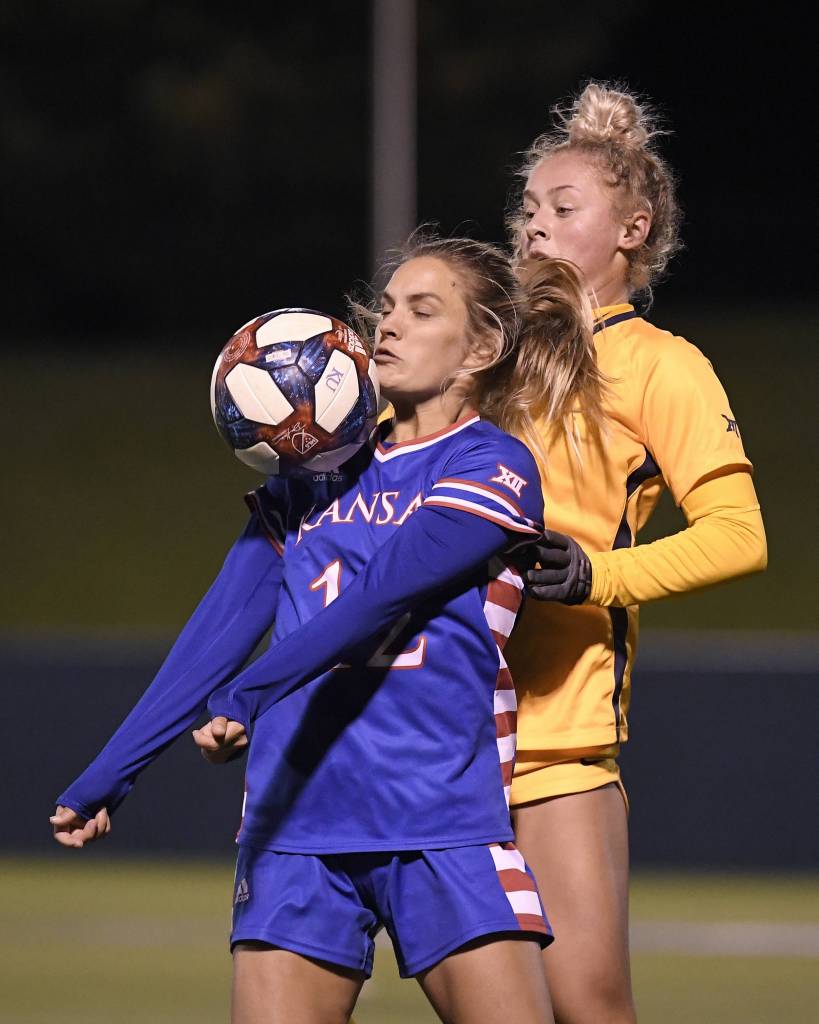 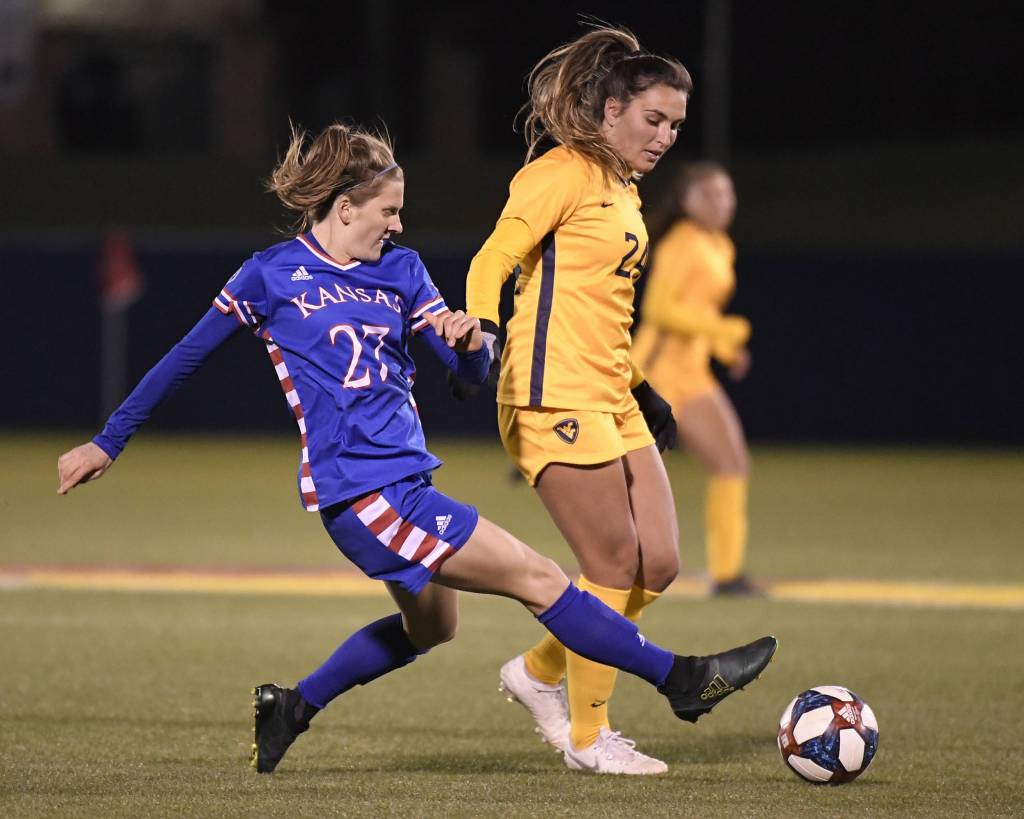 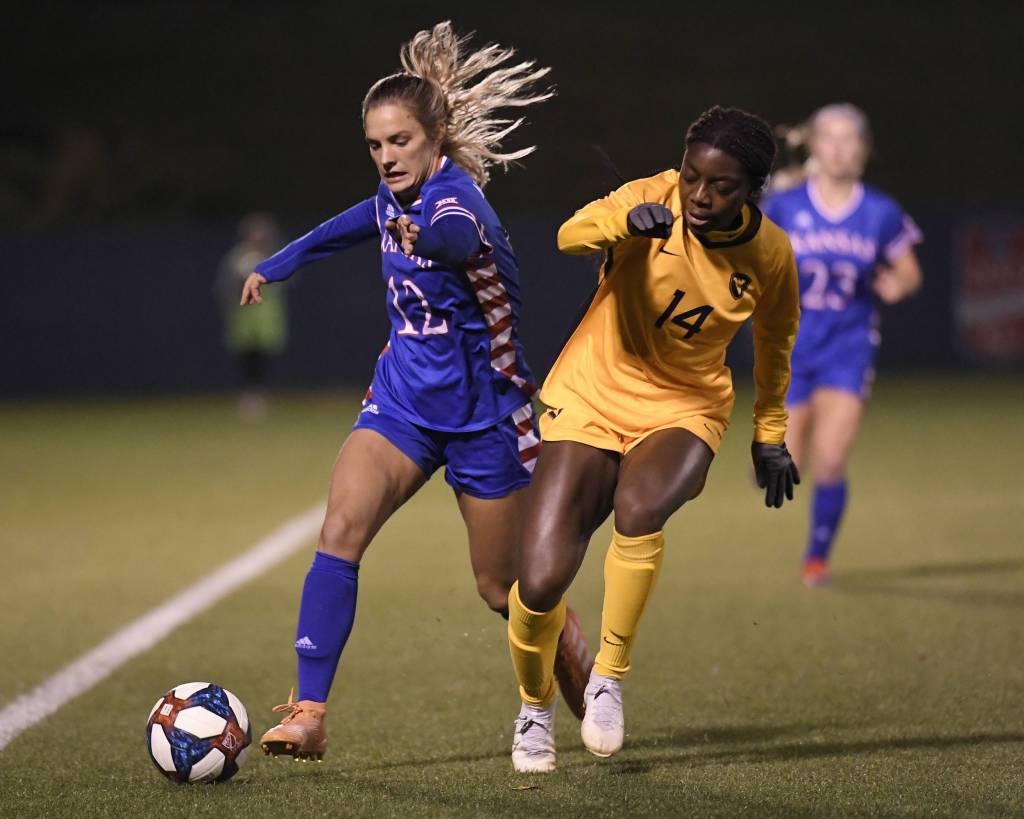 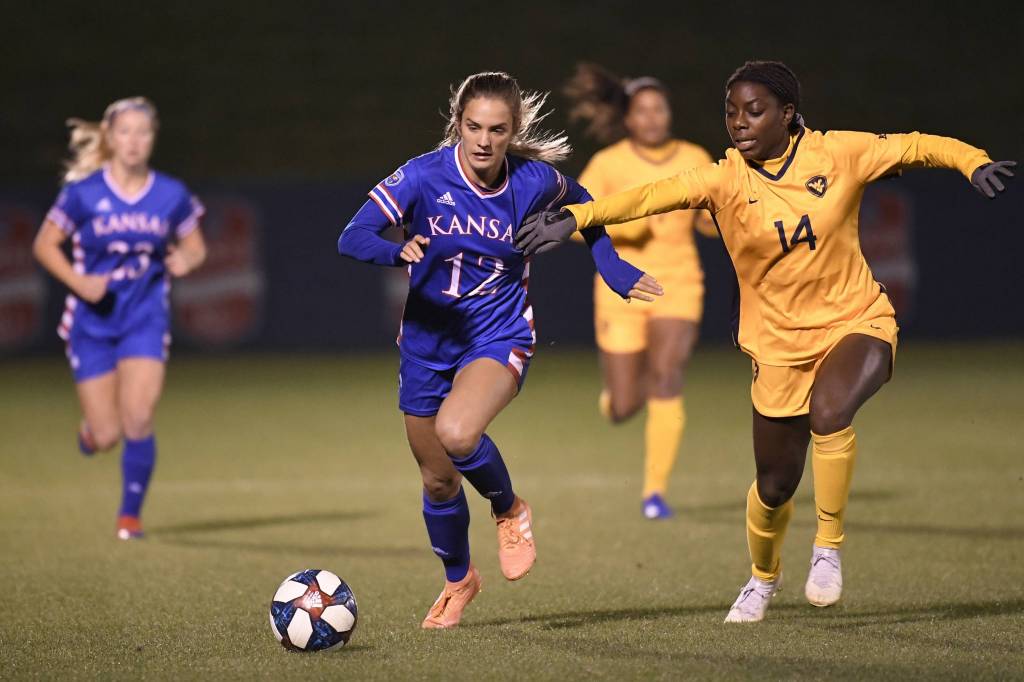 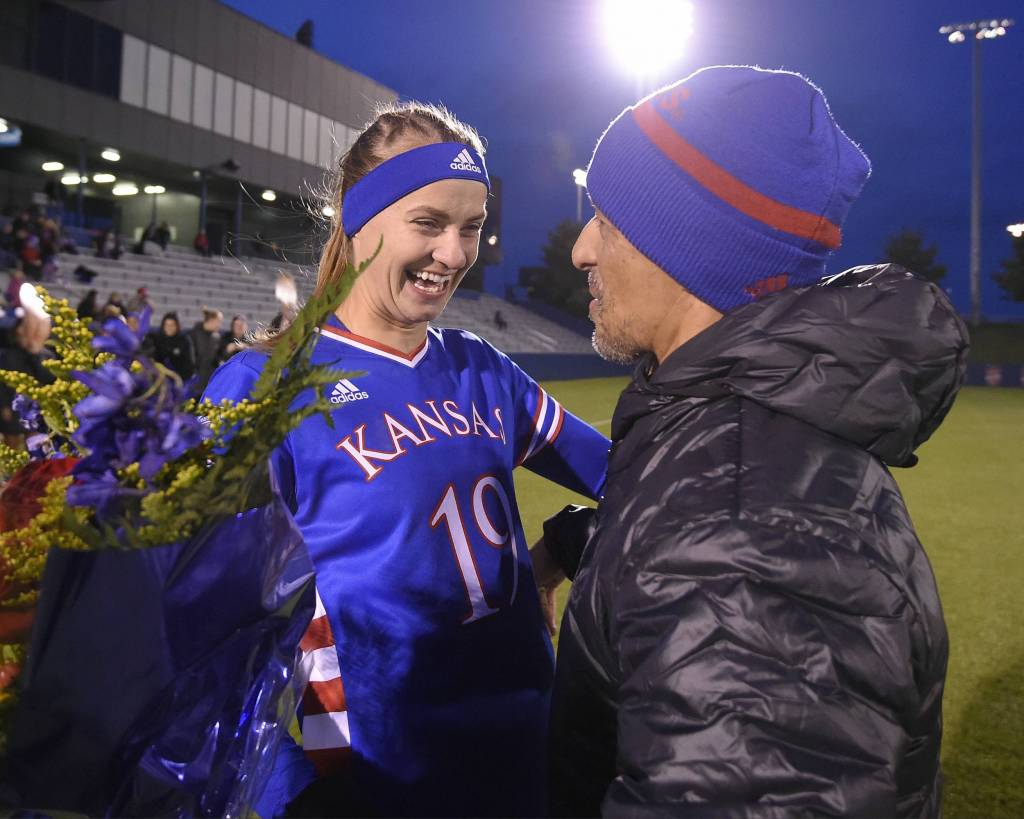