No. 18 Jayhawks surge past Western Michigan, 2-0

KALAMAZOO, Mich. – A pair of reserves came off the KU bench and netted late goals as No. 18 Kansas surged past the Western Michigan Broncos, 2-0, Sunday afternoon at WMU Soccer Complex. Sophomores Chais Wright and Samantha Barnett each netted their first-career goals less than one minute apart to propel their team to the victory.

It was a dominant but frustrating afternoon for the Jayhawks, who ended the match outshooting the home team by a tally of 31-5, however it took KU all of 80 minutes before it managed to find the back of the net. After a handful of near misses that included three shots that slammed off the WMU frame and 13 impressive saves from Mustang goalkeeper Maggie Rogers, Wright finally saw her opportunity strike gold.

In the 80th minute, a KU corner kick saw Mandi Duggan play in a cross from the left wing that forced Rogers to punch out to the center of her own box. That is where Wright redirected the loose ball into the back of the net to put in the matches’ opening goal. It was the first goal of Wright’s career and the third time a Jayhawk has put in a game-winner in the final 15 minutes of regulation this season.

Before the dust settled from the Wright goal, Barnett found an opening just inside the WMU penalty area and let loose a shot toward the far post. It snuck inside the frame to give Barnett the first goal of her career and hand the Jayhawks a commanding lead with less than 10 minutes to play.

The Jayhawks would hold on from there as the KU backline sealed its second shutout in as many games and fifth clean sheet of the season. Sophomore goalkeeper Sarah Peters was only faced with five shots and was called into action to make one save.

KU ended the contest putting 15 of its 31 shots on frame, while the Mustangs managed only one shot on target.

UP NEXT
Kansas will return home to face perhaps its biggest test of the season thus far when top-10 ranked BYU heads to Lawrence on Thursday, Sept. 19. Kickoff from Rock Chalk Park is set for 7 p.m. and will be broadcast on Big 12 Now on ESPN+. Josh Klingler (play-by-play) and Huw Williams (analyst) will call the action. 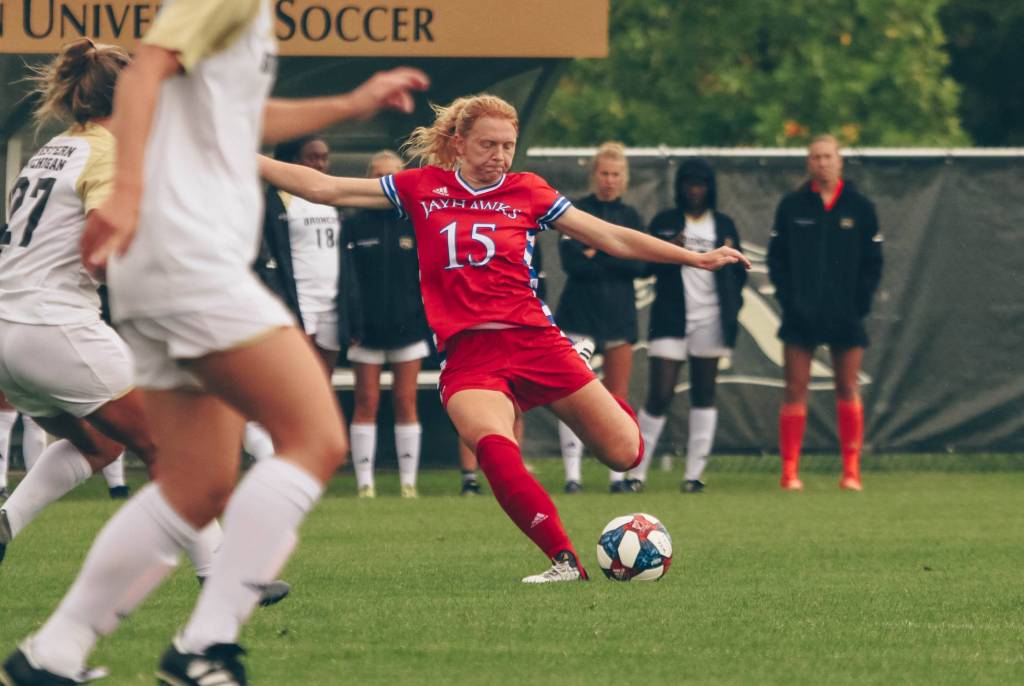 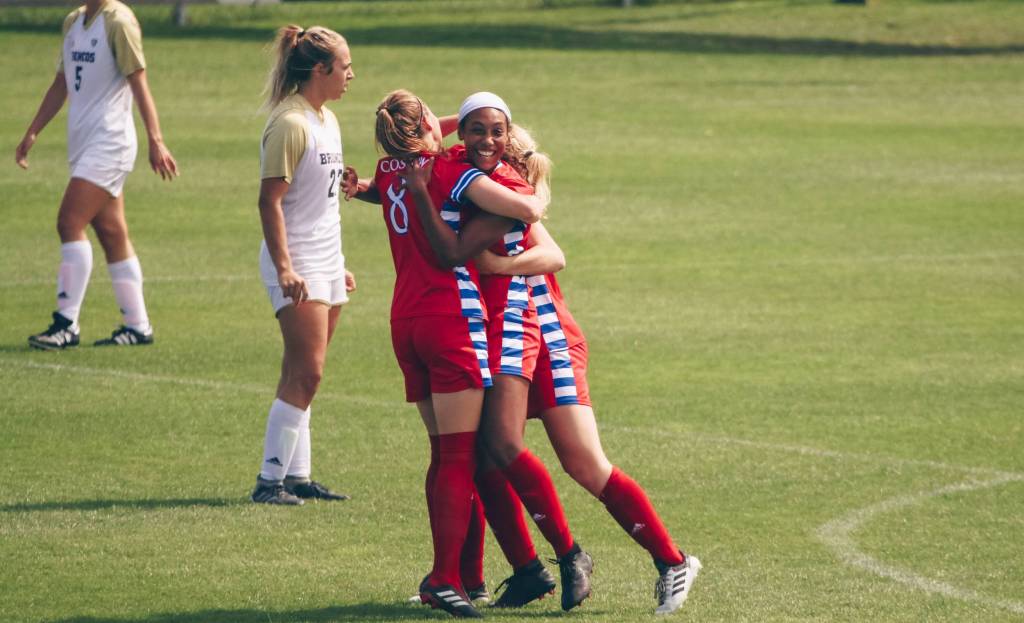 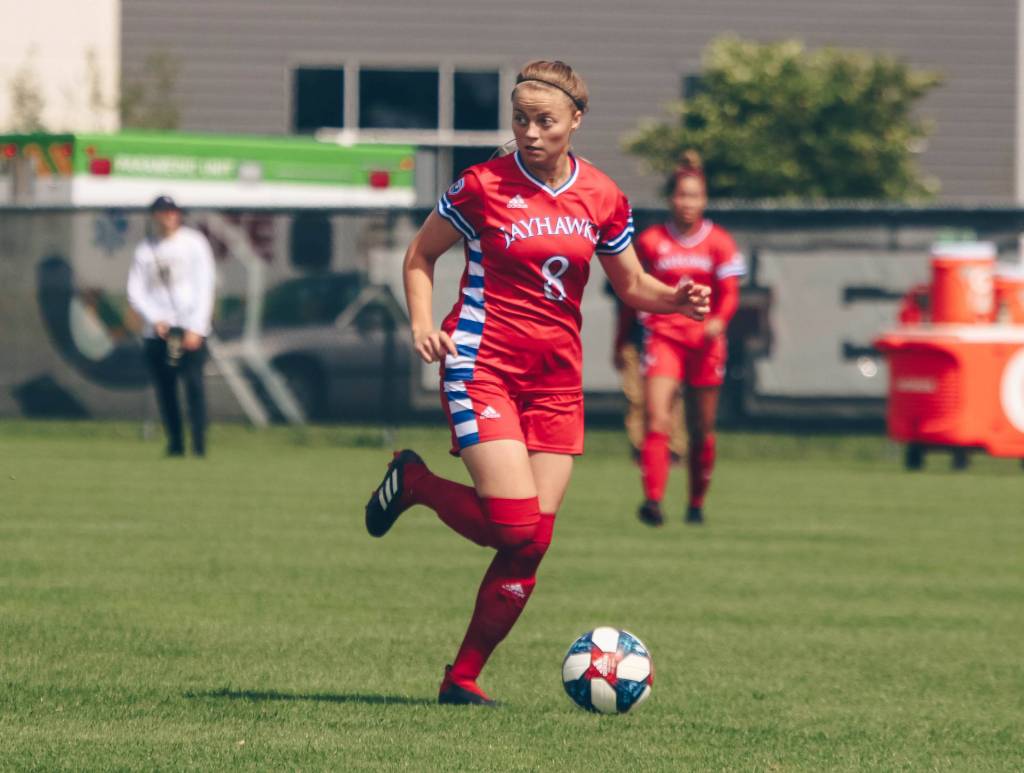 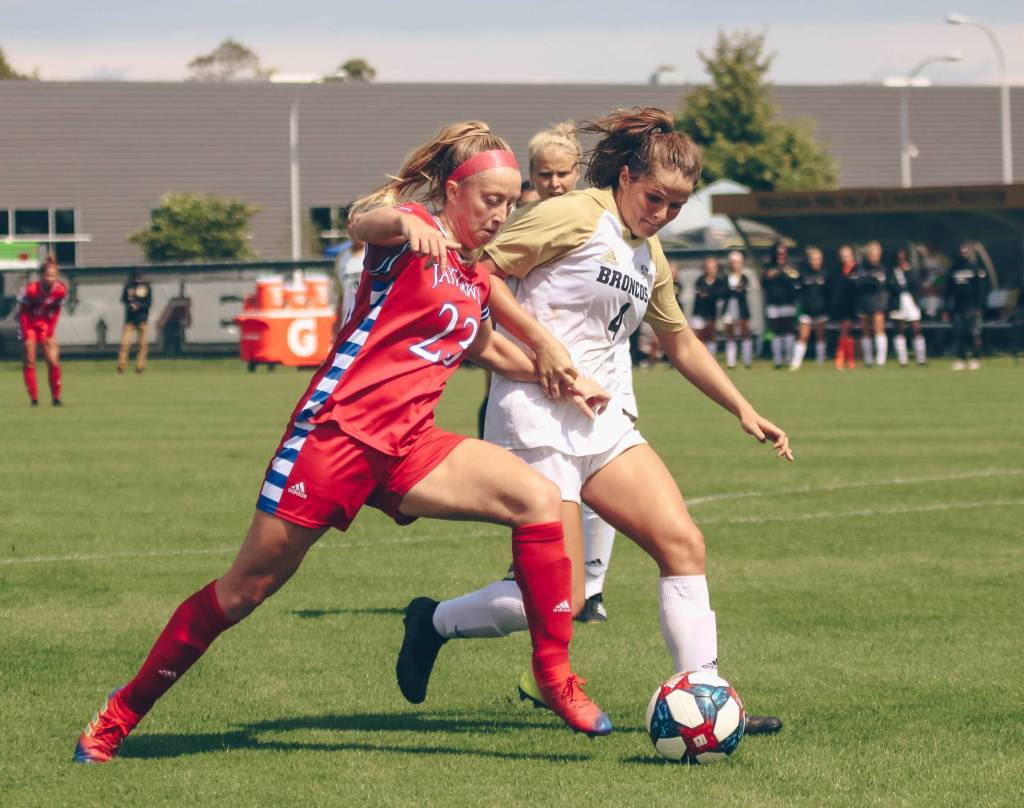 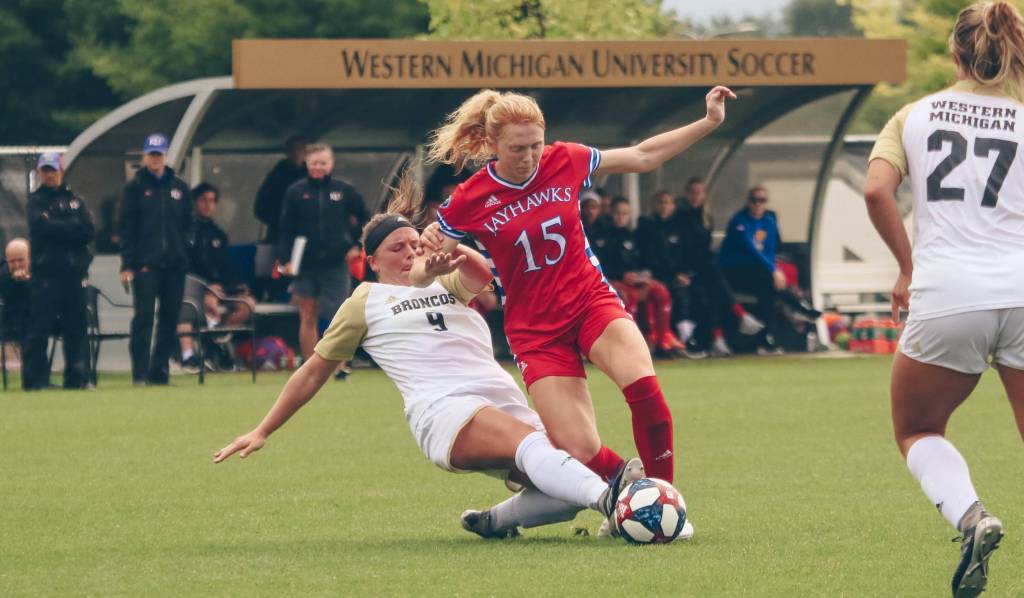 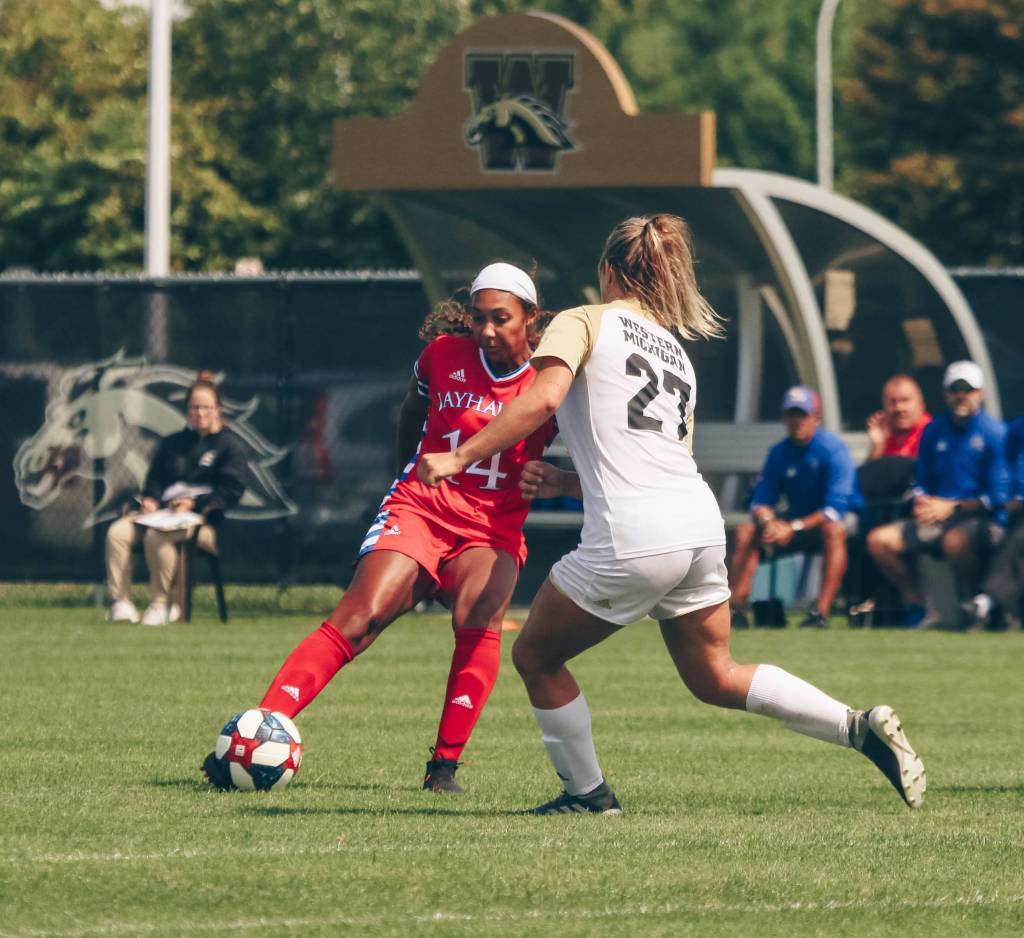 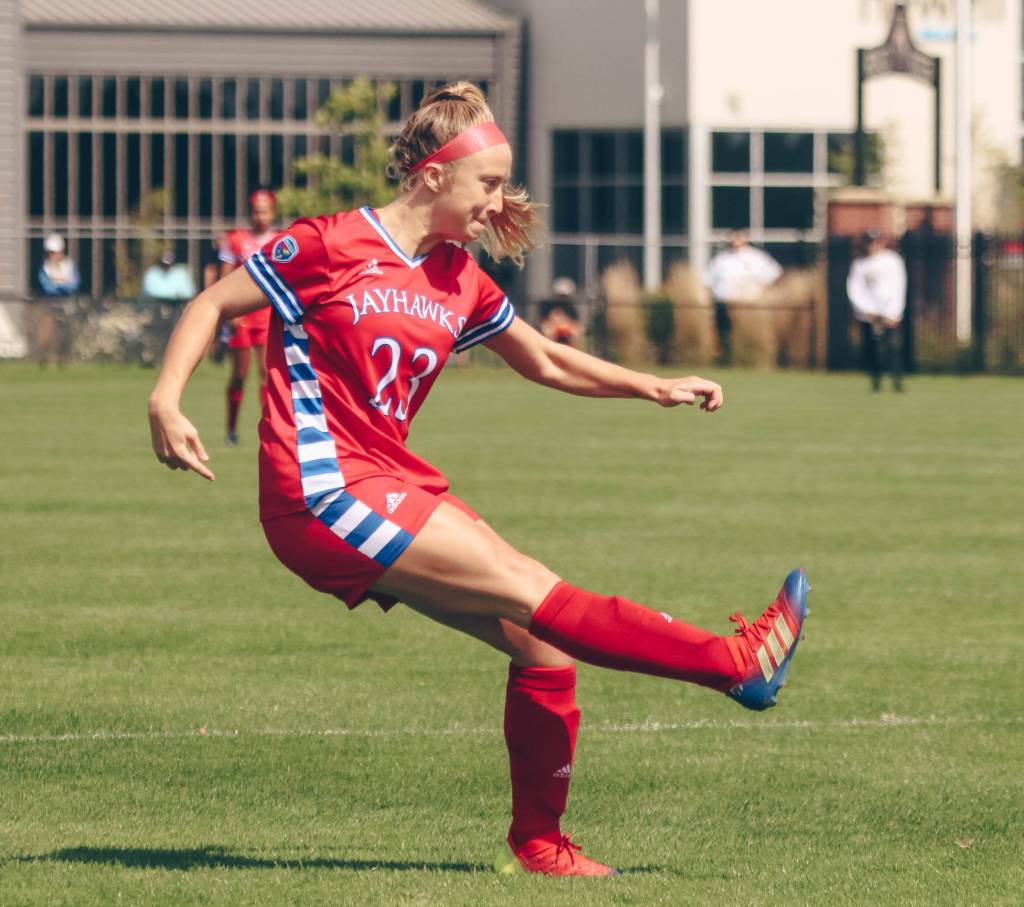 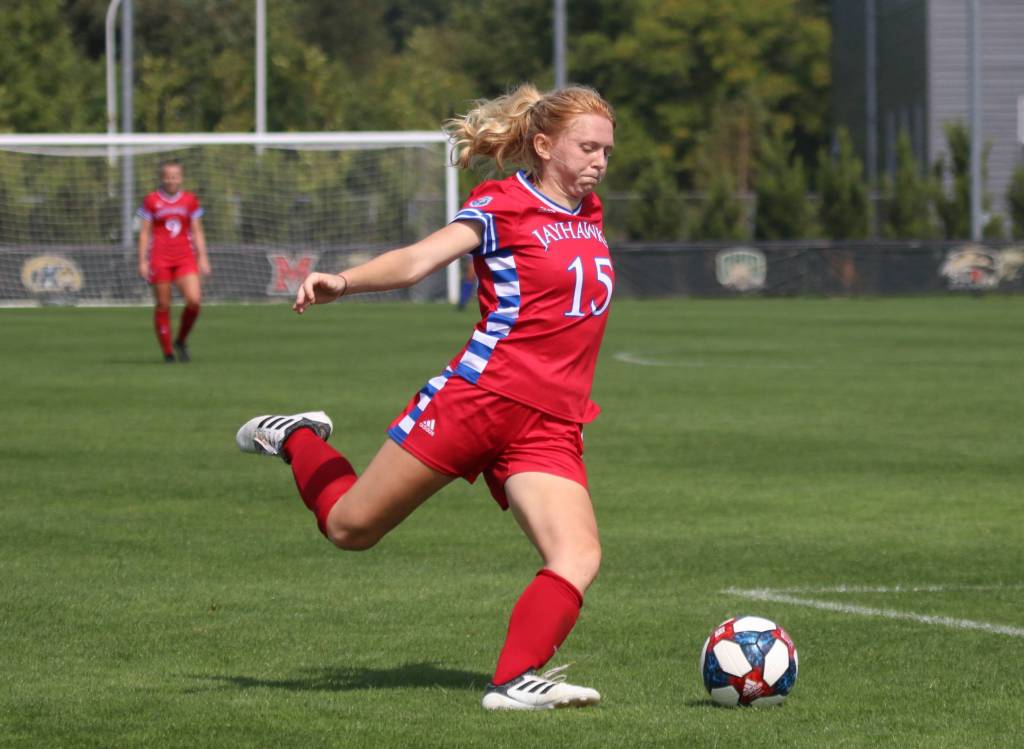 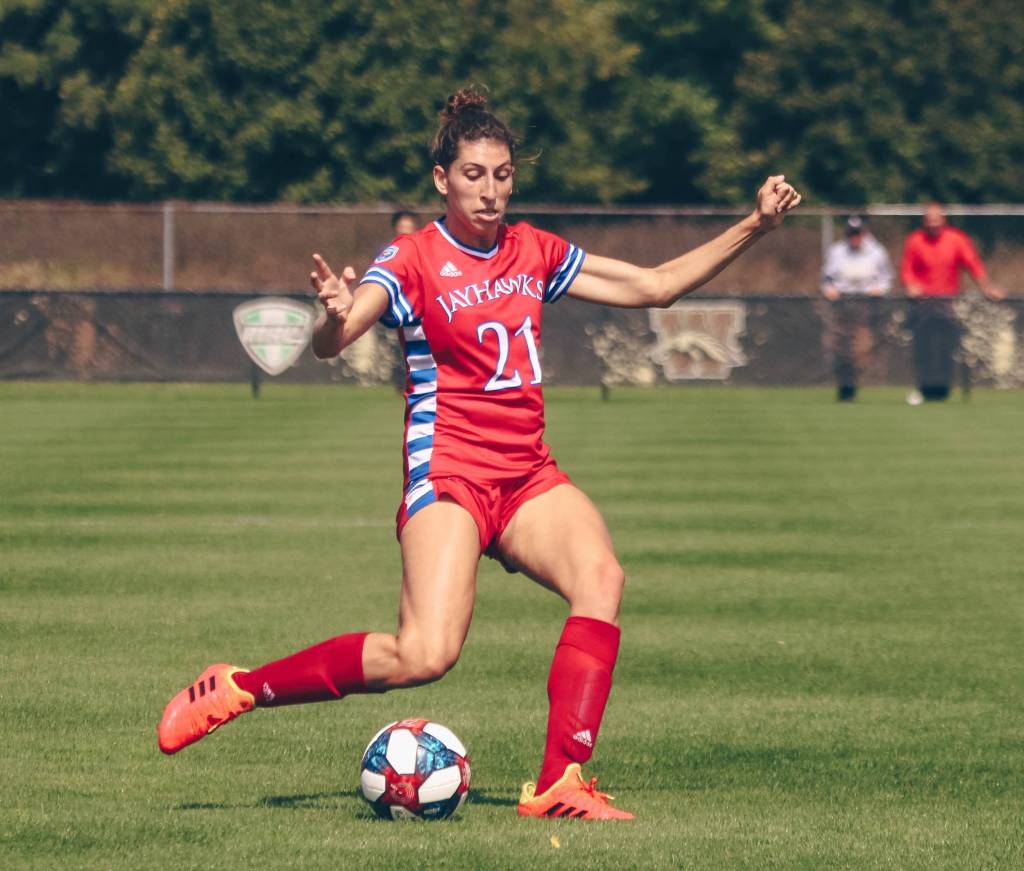 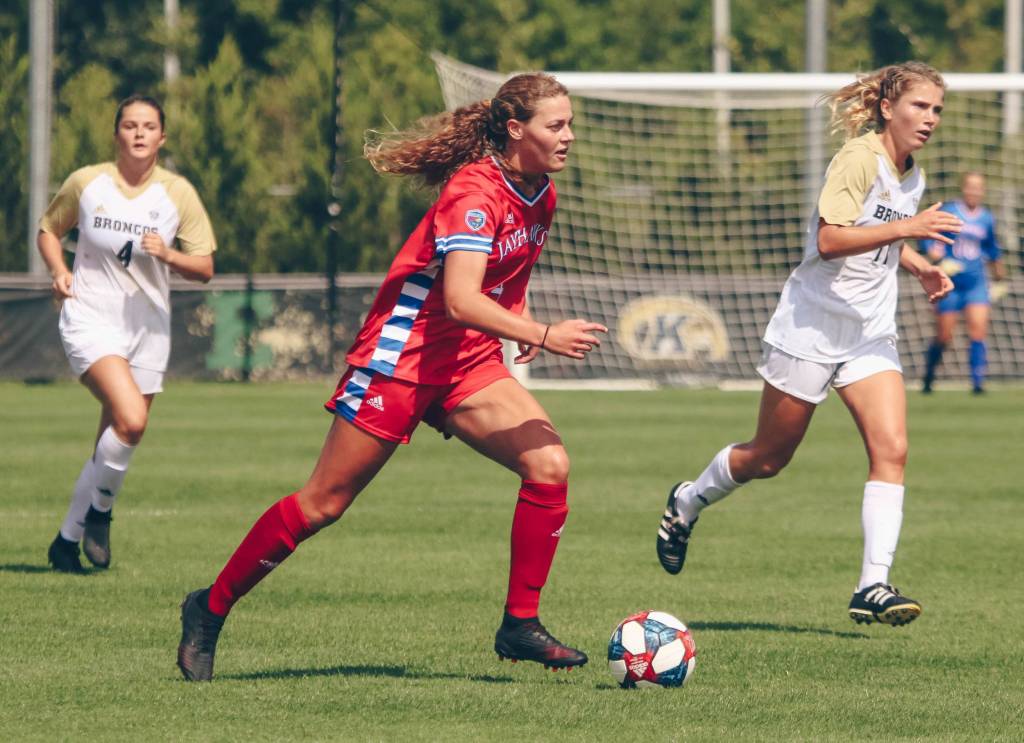 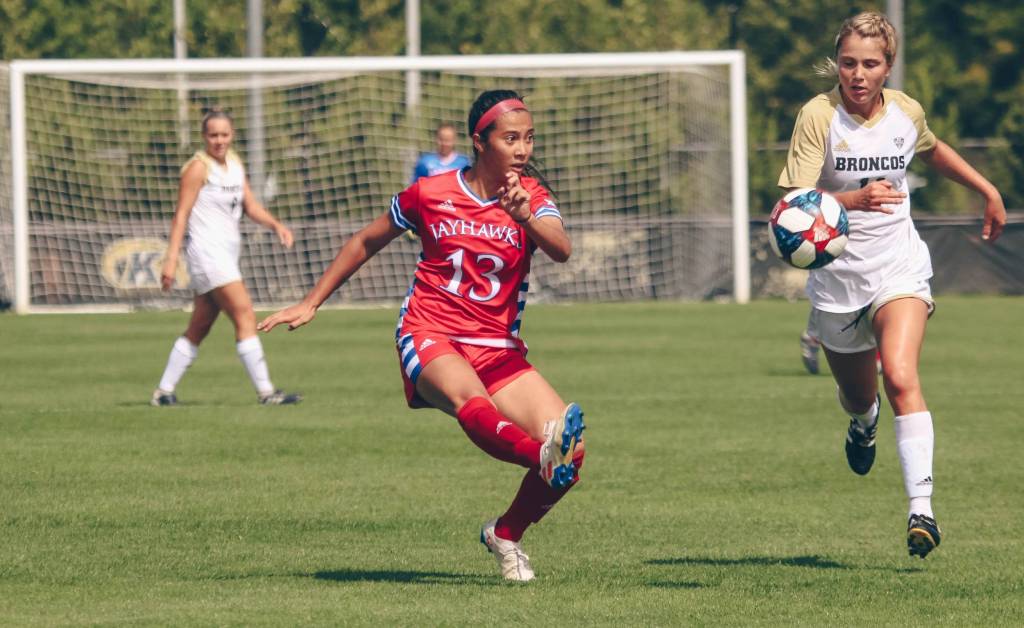 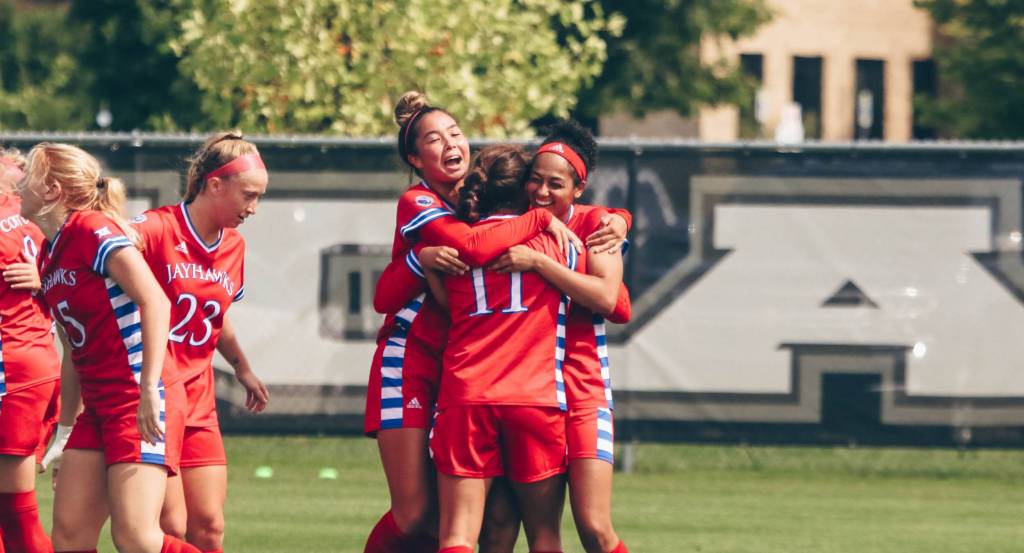 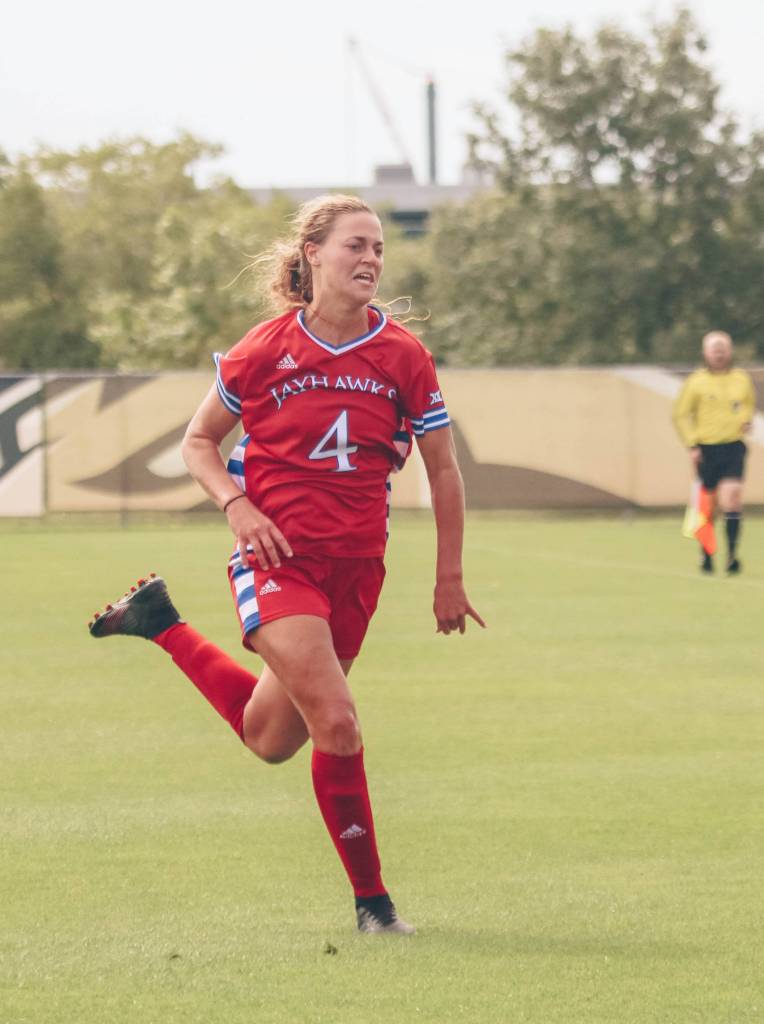 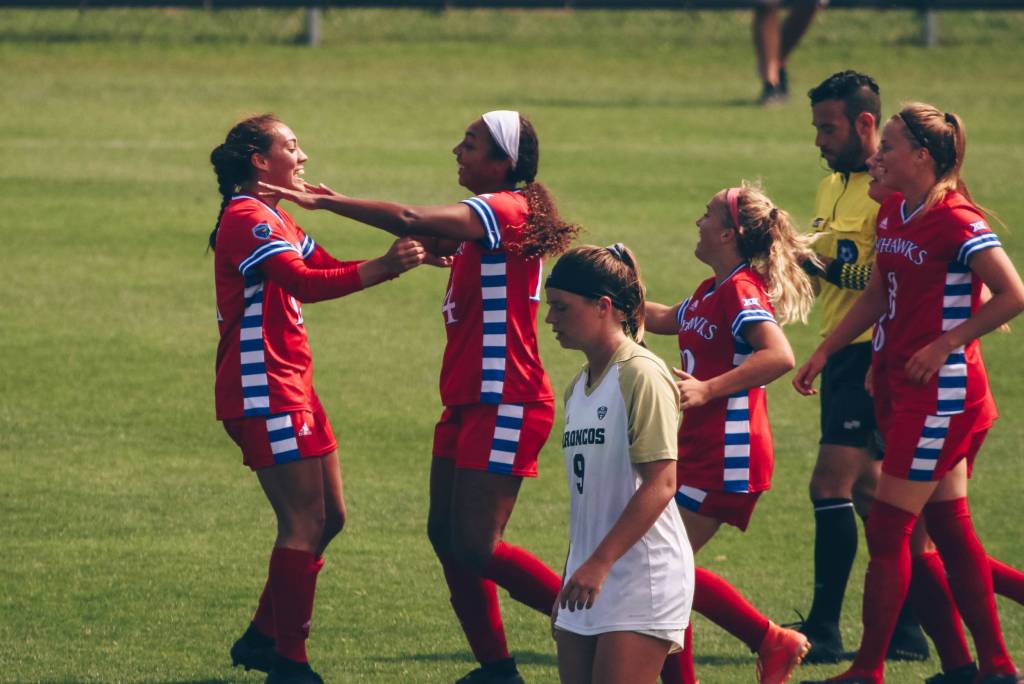 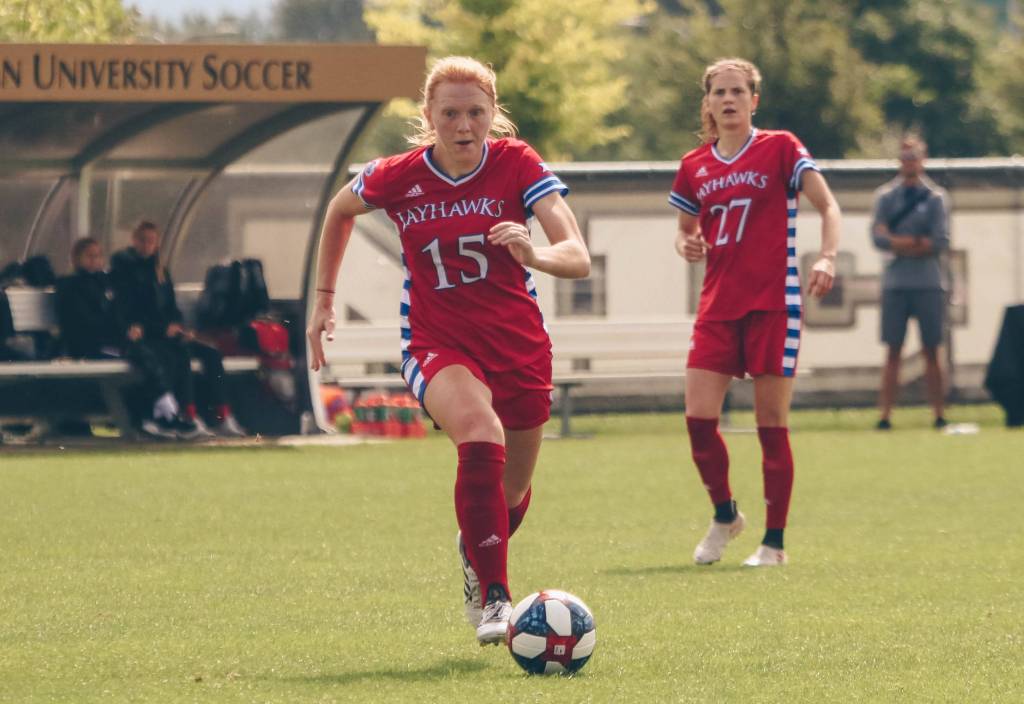 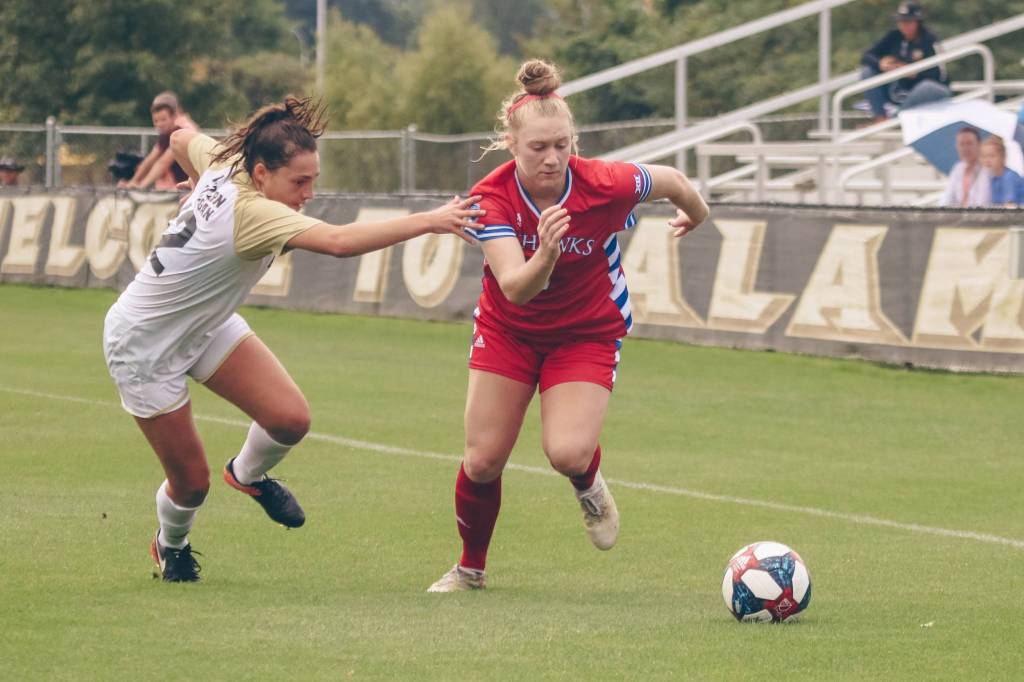 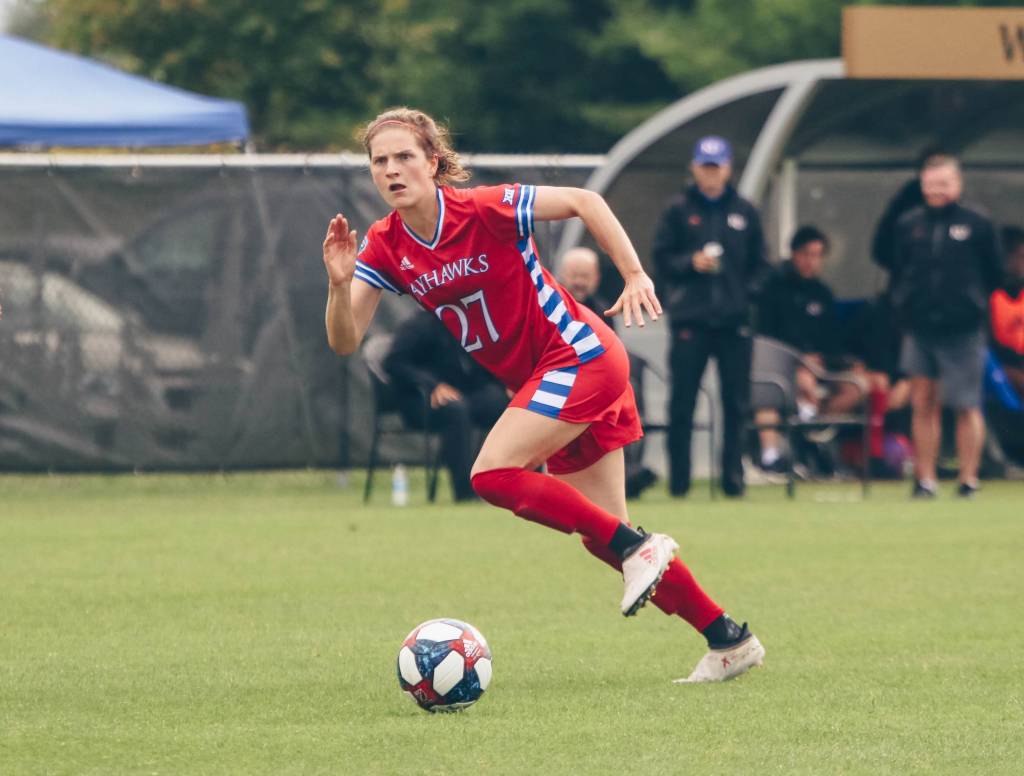 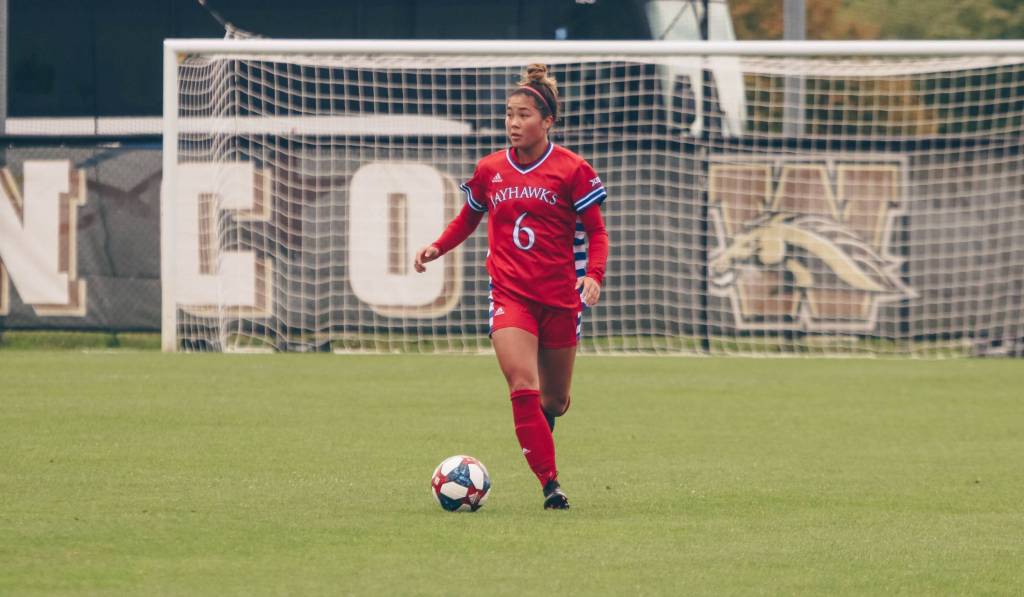 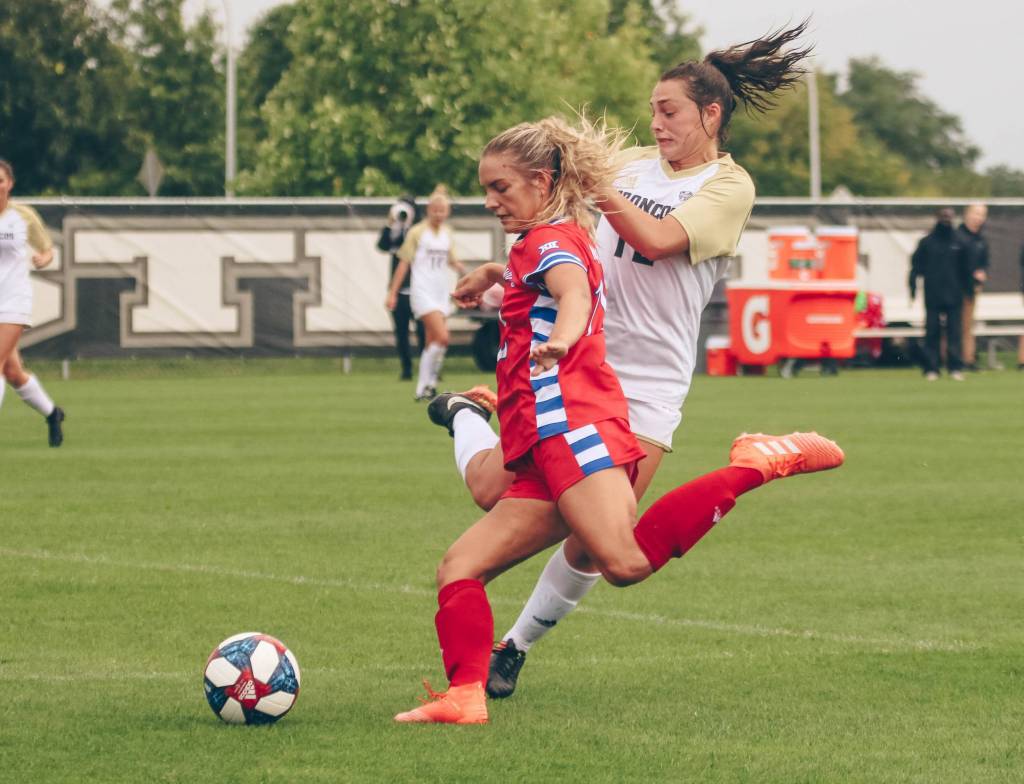 FINAL | That's 𝗮𝗻𝗼𝘁𝗵𝗲𝗿 Jayhawk WIN!!!#KUsoccer strikes twice in the final 10 minutes to take down Western Michigan and moves to 7-1-0 on the year!#RockChalk pic.twitter.com/m5KAzpvkFc