KANSAS CITY, Mo. – A pair of first-half goals were enough to propel the No. 25 Kansas Jayhawks past the West Virginia Mountaineers, 2-0, Sunday afternoon at Swope Soccer Village. Senior Katie McClure tallied her 14th goal of the season, while junior Isabella Cavalcante turned in her first of the year.

The No. 5-seeded Jayhawks advanced to the Big 12 semifinals for the first time since 2015 and will meet the top-seeded Oklahoma State Cowgirls on Friday, Nov. 8 at 4:30 p.m.

The Jayhawks wasted little time putting in the game’s first goal, as McClure got on the end of a rebound and put her team on top in the 17th minute of the match. The goal was her fifth in her last five outings and brought her season total to 14, the second-most ever by a Jayhawk in a single season.

It only took 13 more minutes for Kansas to find the back of the net for the second time. This time off the foot of the junior defender Cavalcante. A corner kick service from Ceri Holland was headed down and to the center of the WVU box by sophomore Kailey Lane. From there, Cavalcante used a swift, right-footed kick to send the ball past Mountaineer keeper Rylee Foster and into the back of the net. It marked Cavalcante’s first goal of 2019 and the second of her KU career.

From there the Kansas defense took over, limiting West Virginia to just eight shots for the match, only two of which were on frame. KU goalkeeper Sarah Peters was there to save both of those on-target shots and en route to her eighth shutout of the season.

The Jayhawks closed out the 2-0 win and held West Virginia for just the third time in the Mountaineer’s season. KU’s nine clean sheets on the year are the third-most by a Jayhawk team in program history.

UP NEXT
No. 5-seed Kansas will take on the Big 12 regular-season champion Oklahoma State Cowgirls in the semifinal contest slated for Friday, Nov. 8. The match, to be held at Kansas City’s Swope Soccer Village, is set to begin at 4:30 p.m., and will be streamed live on Big 12 Now on ESPN+. 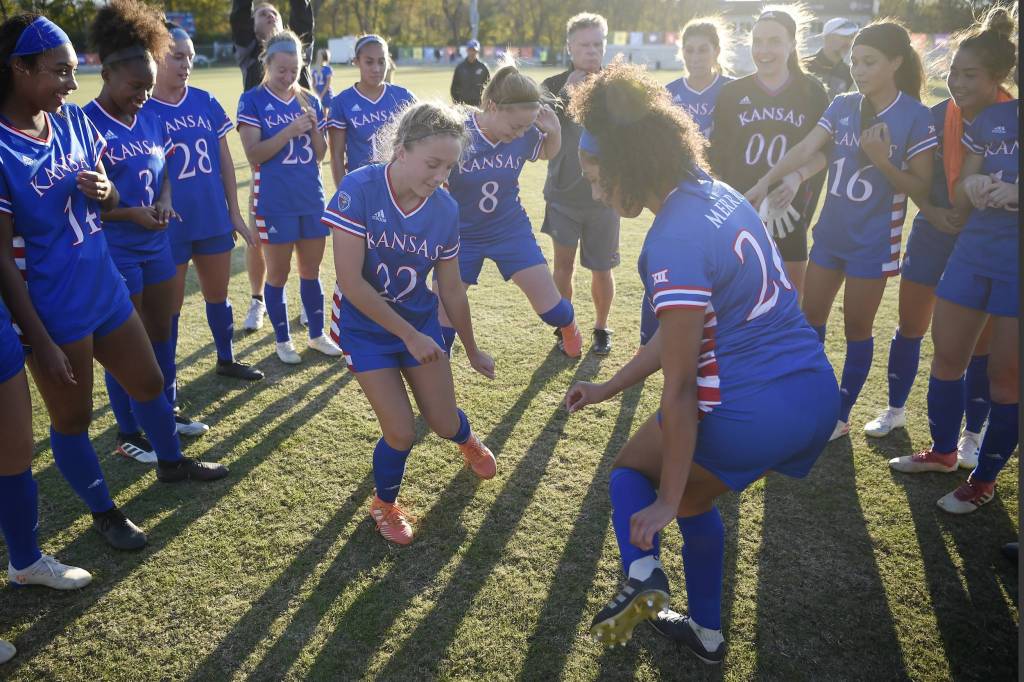 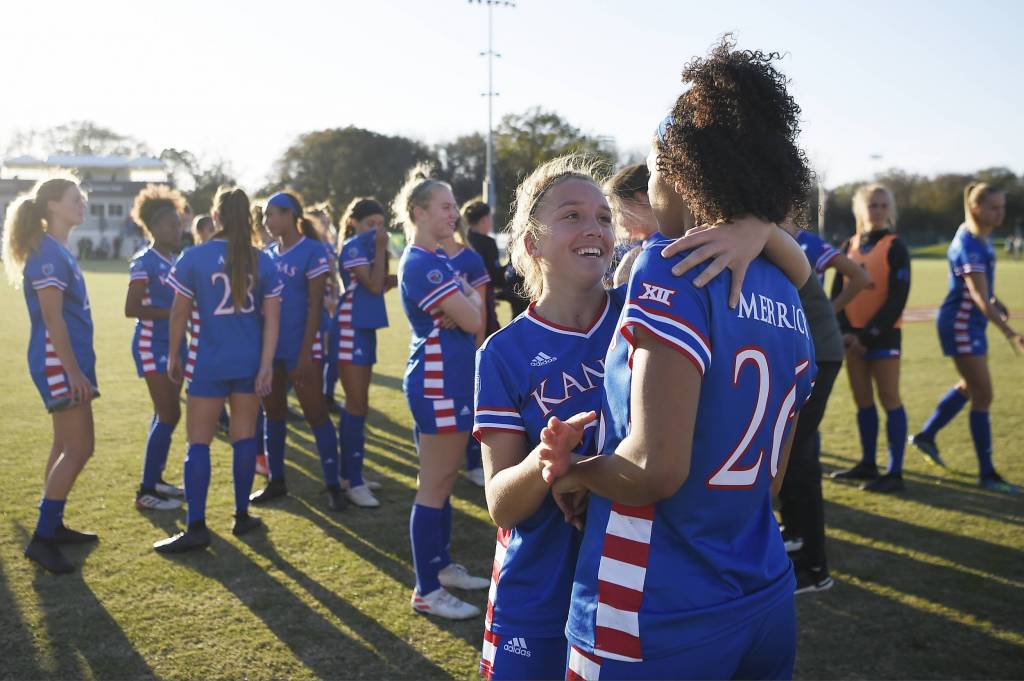 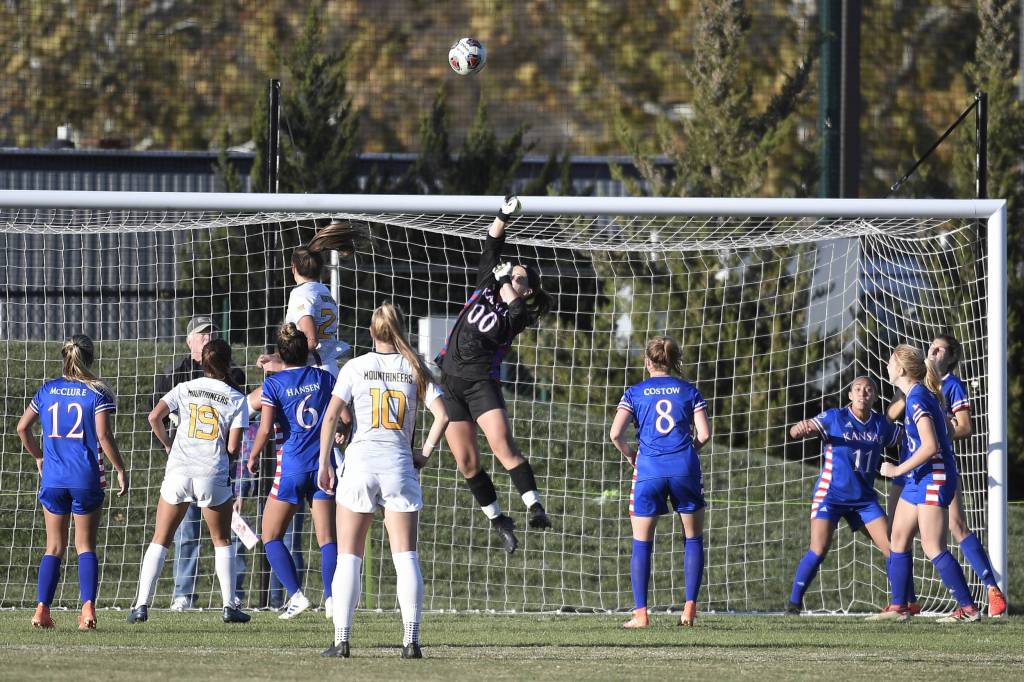 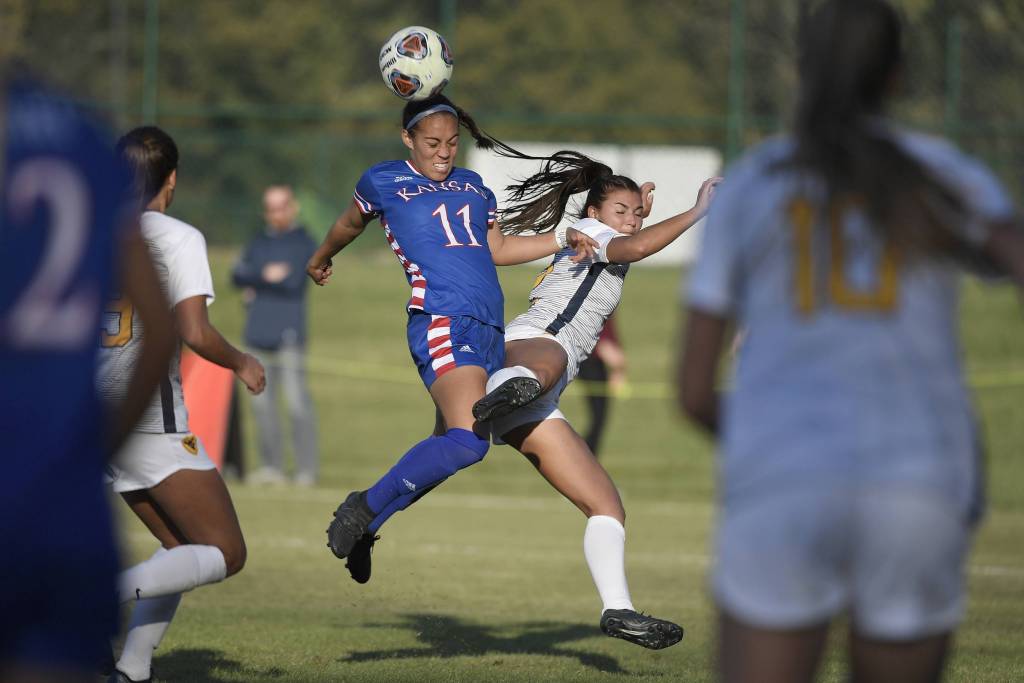 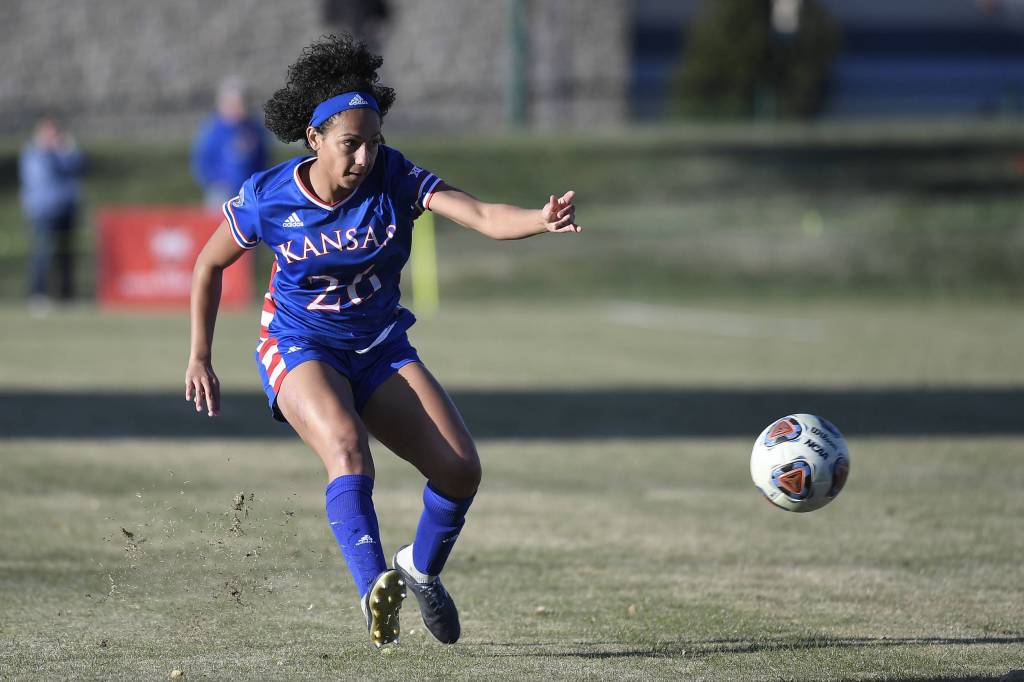 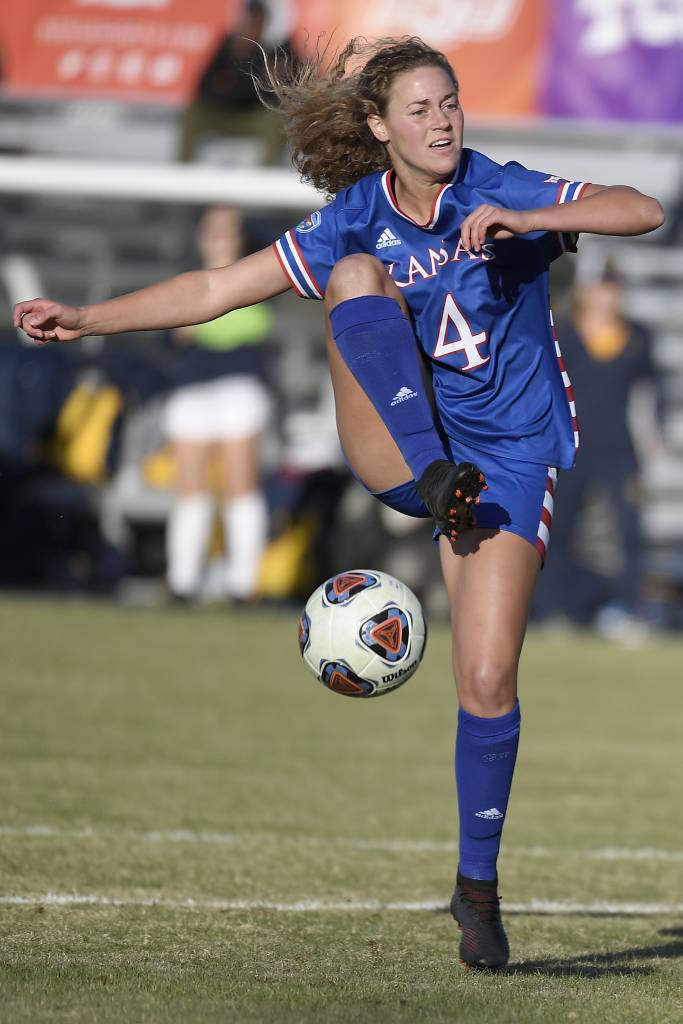 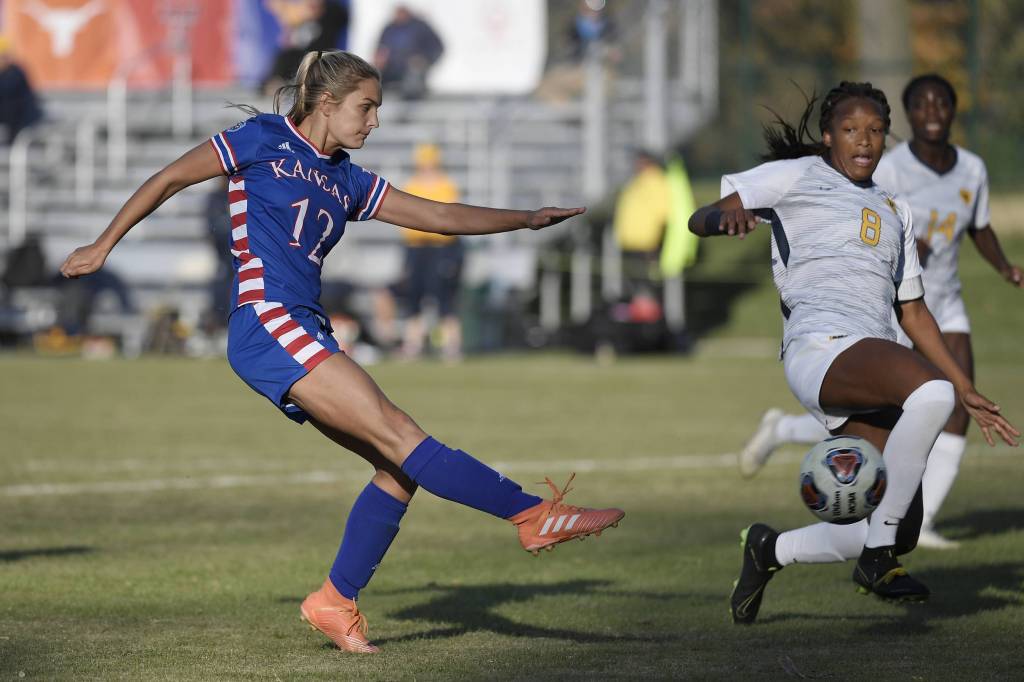 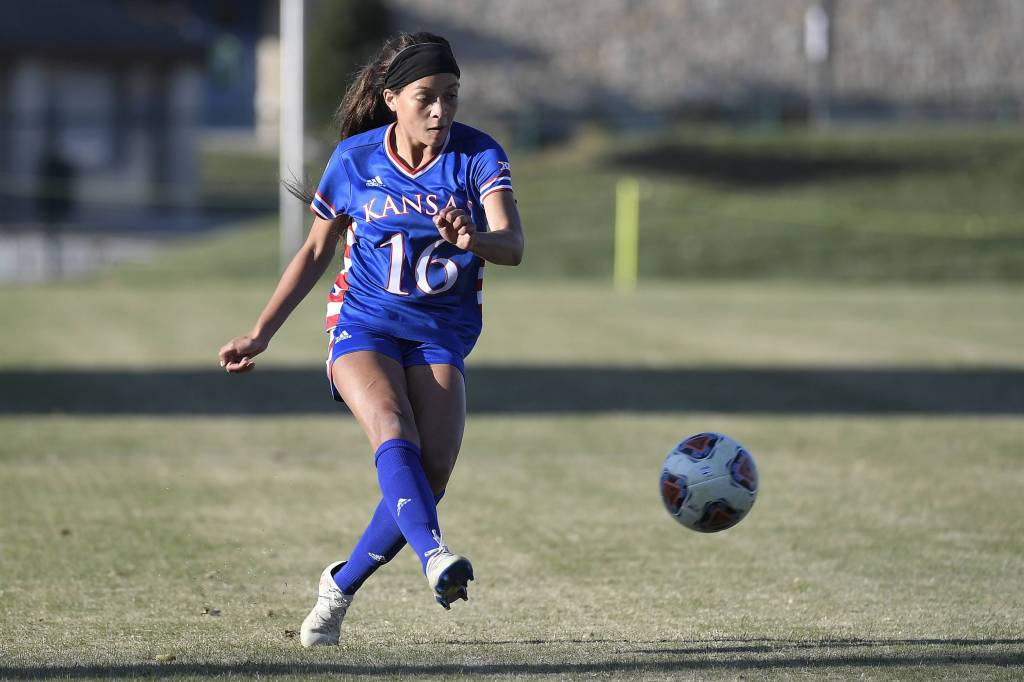 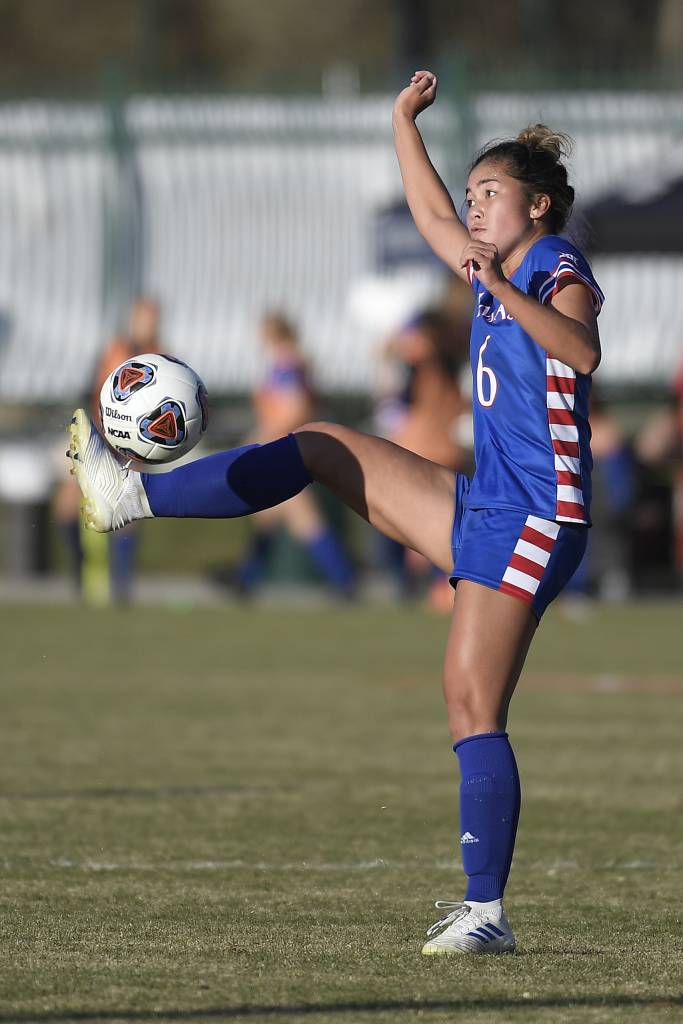 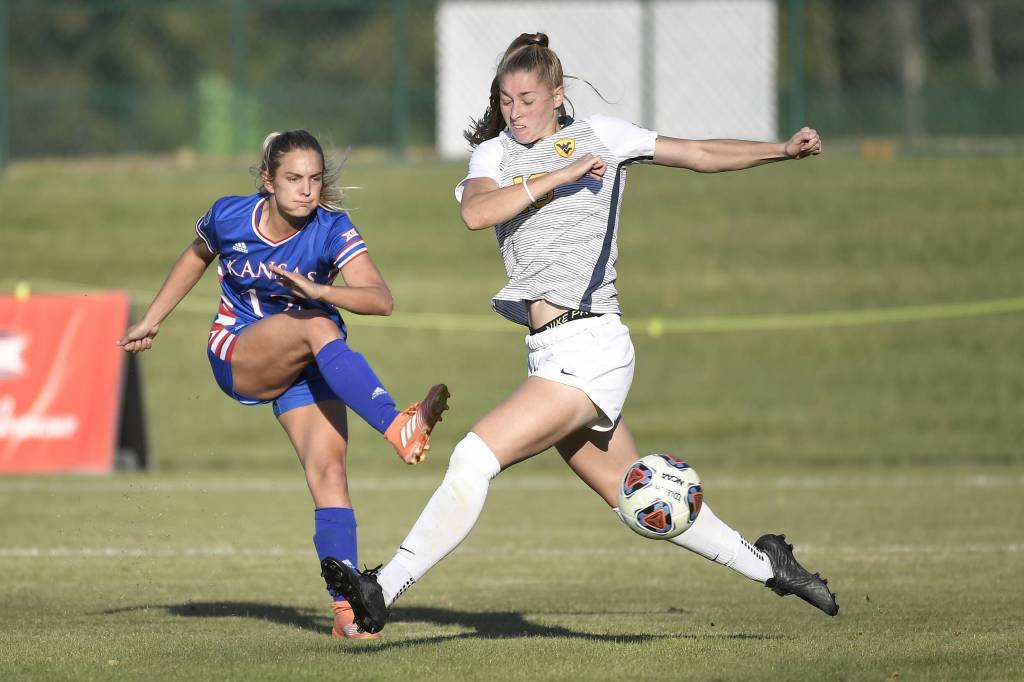 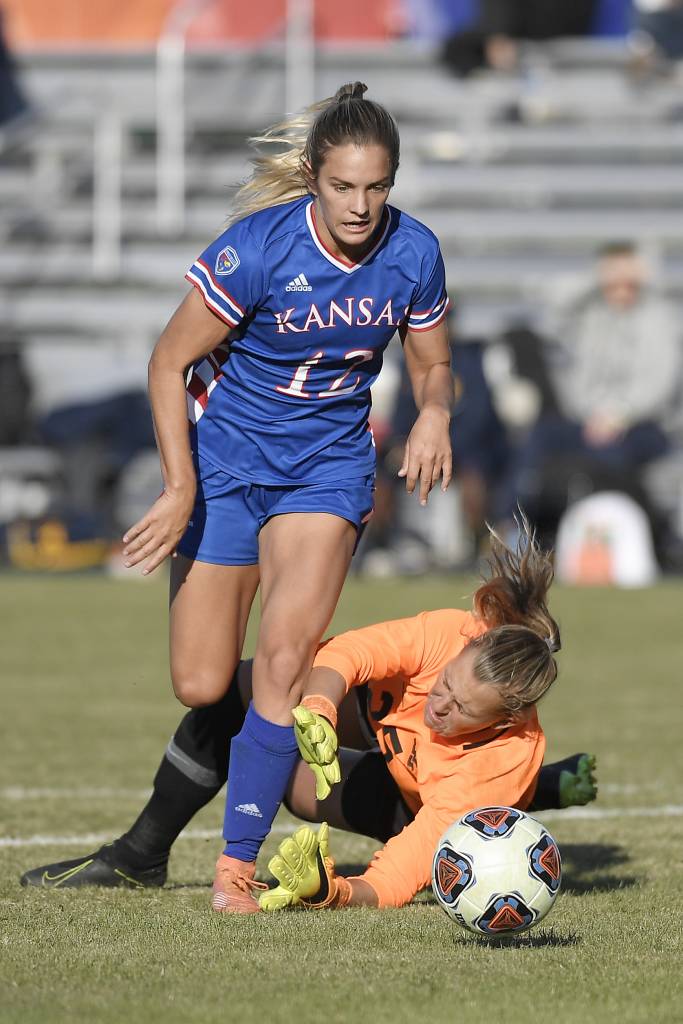 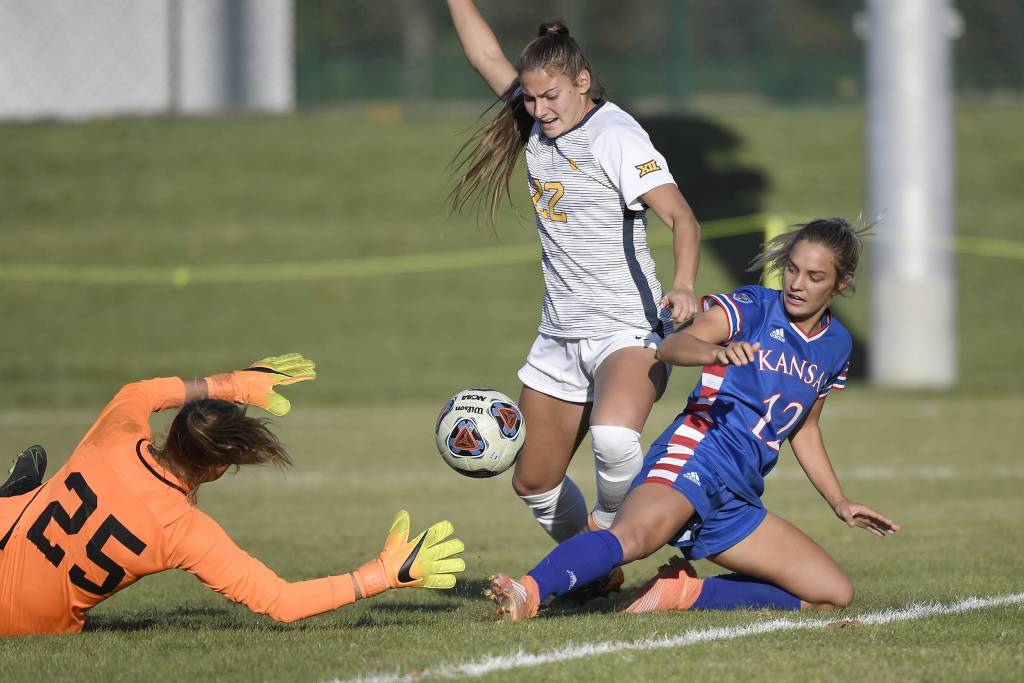 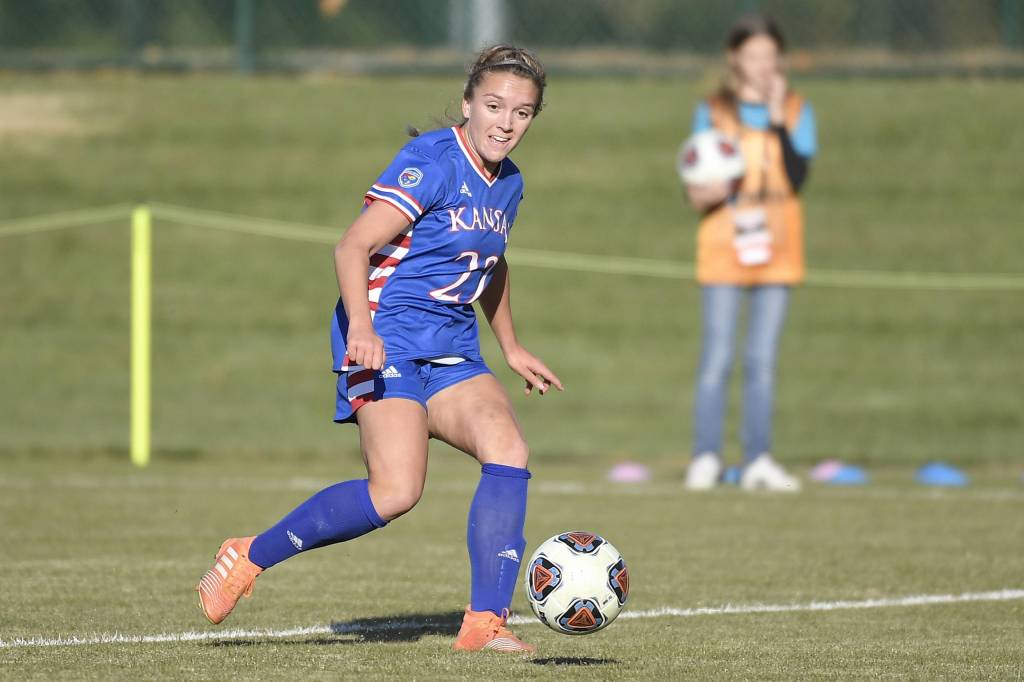 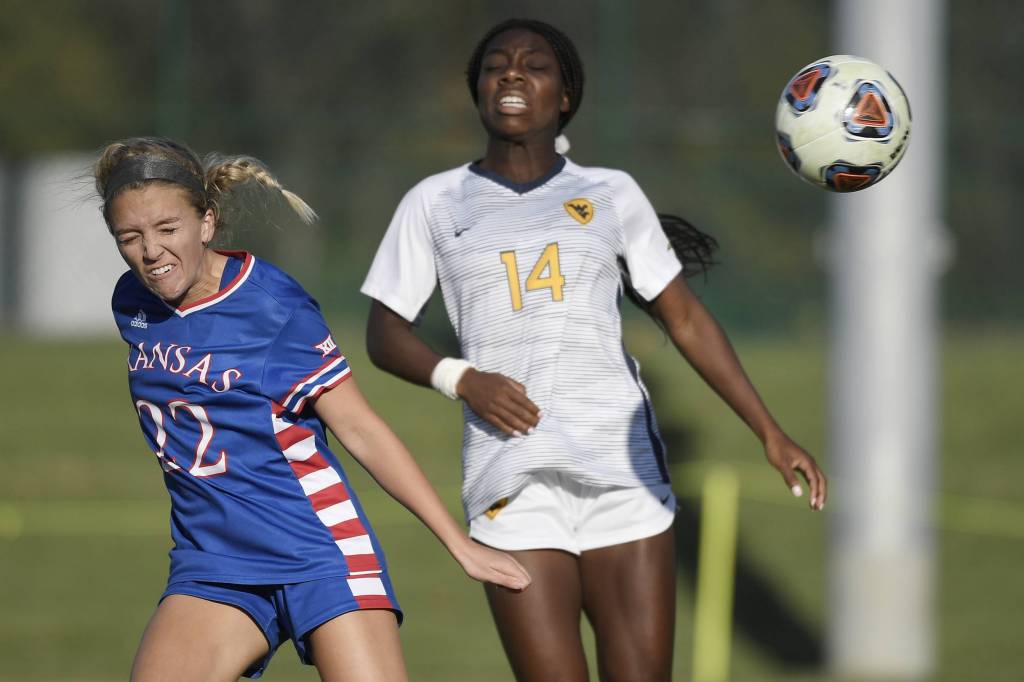 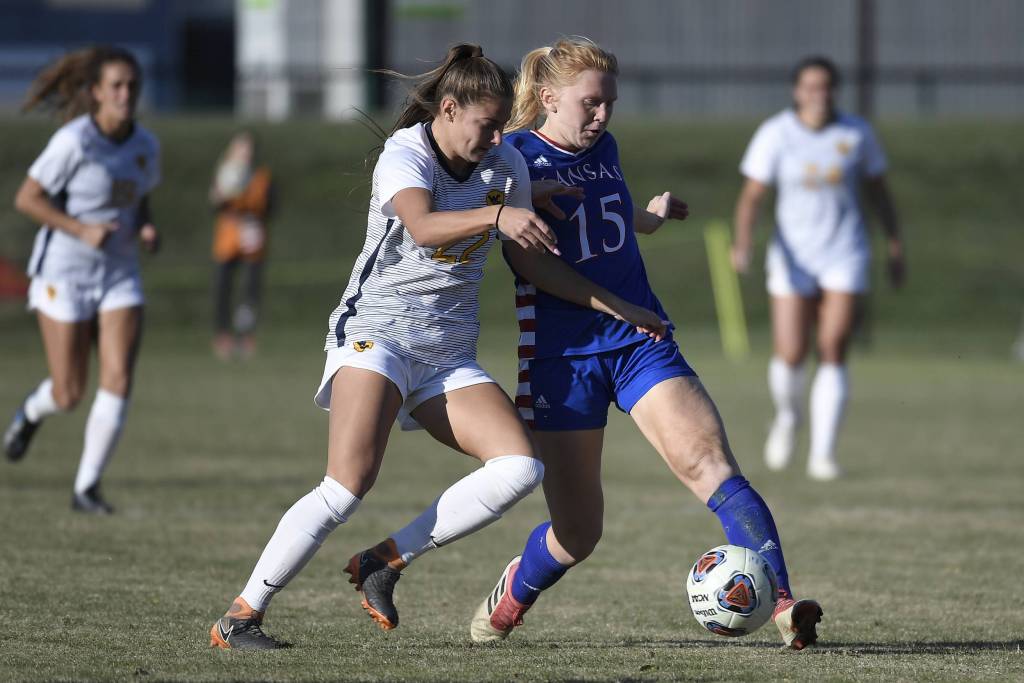 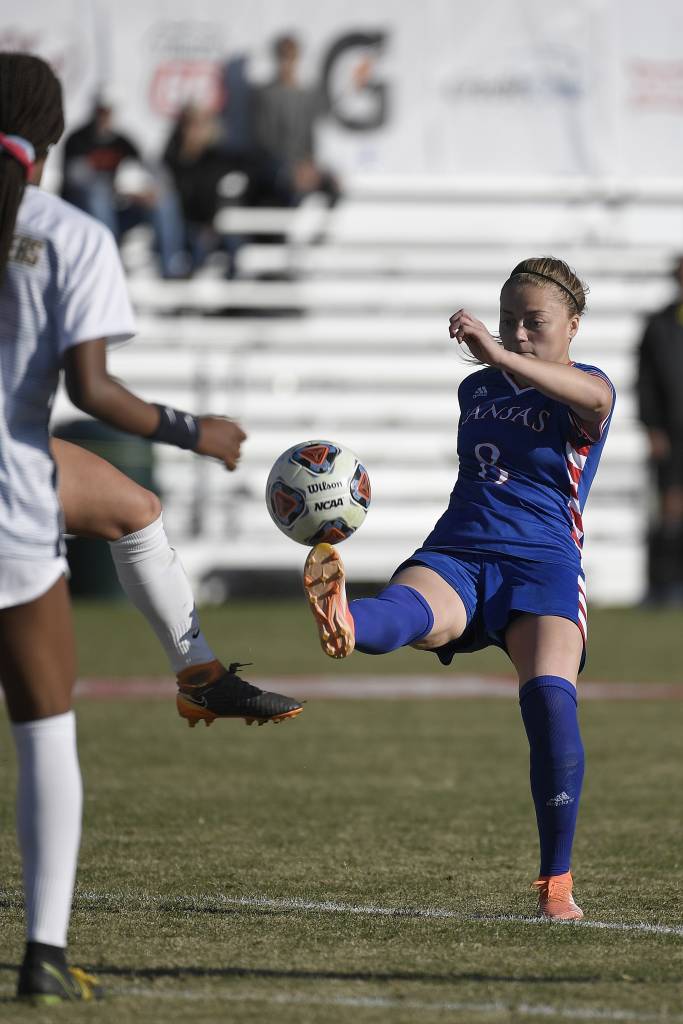 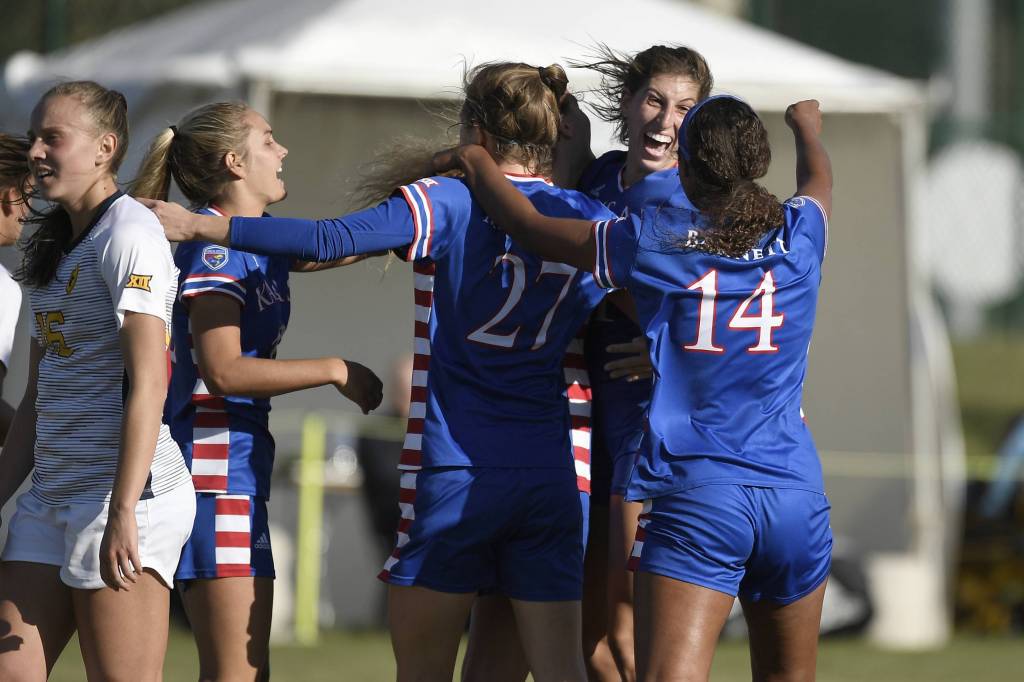 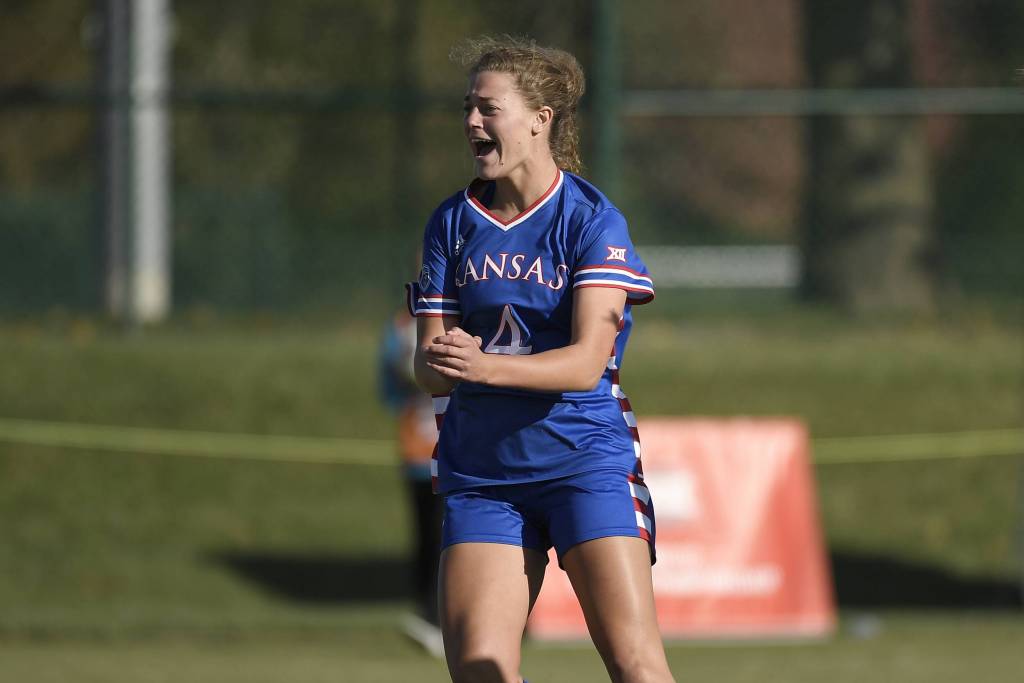 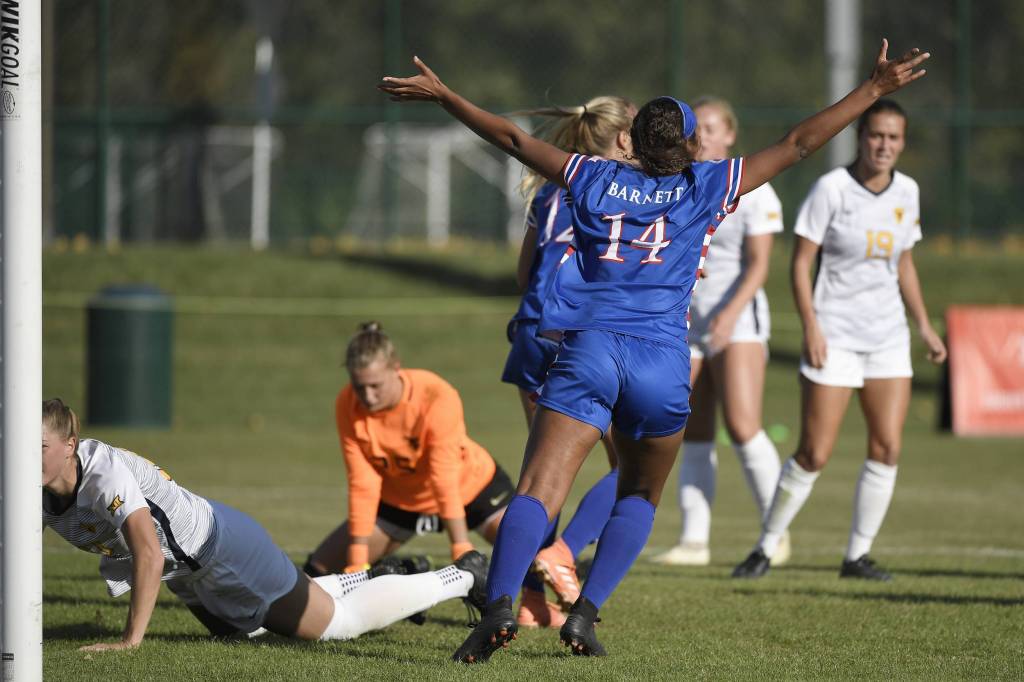 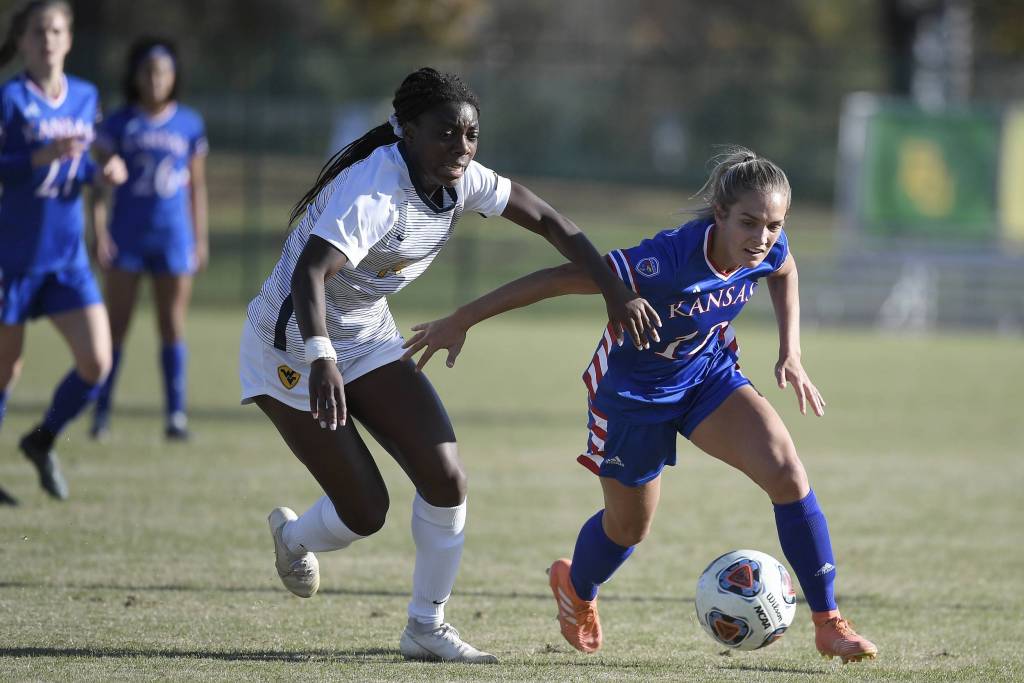 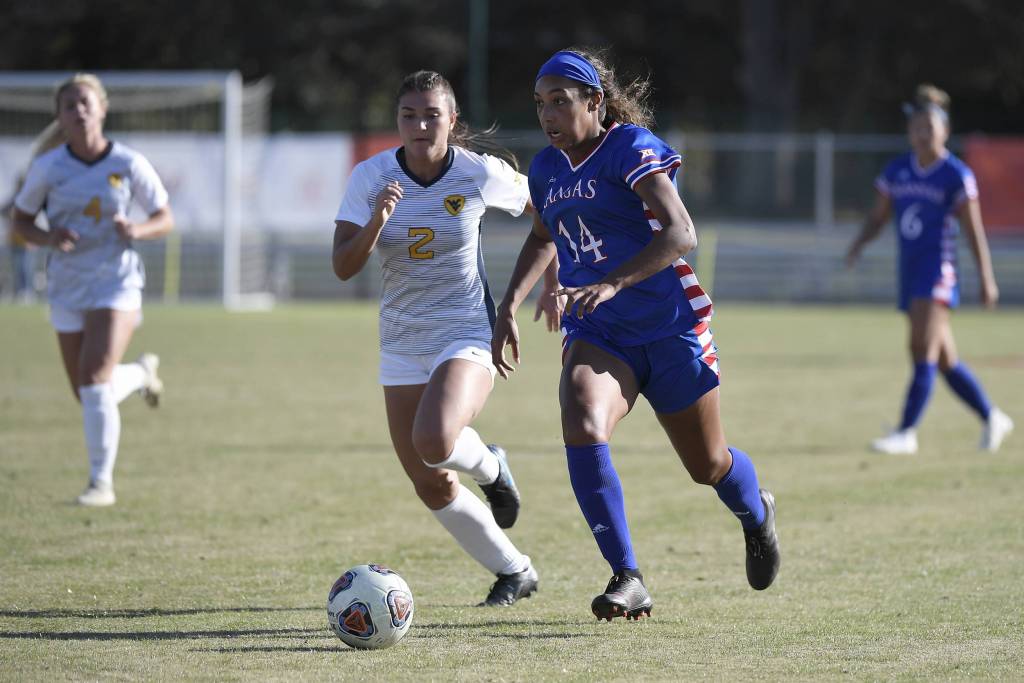 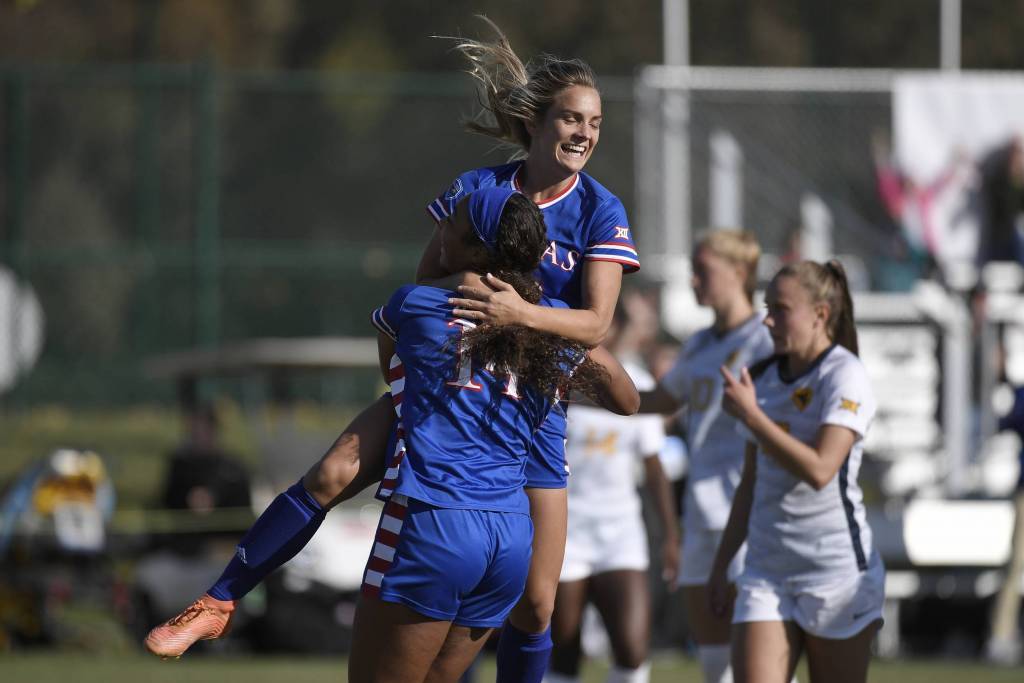 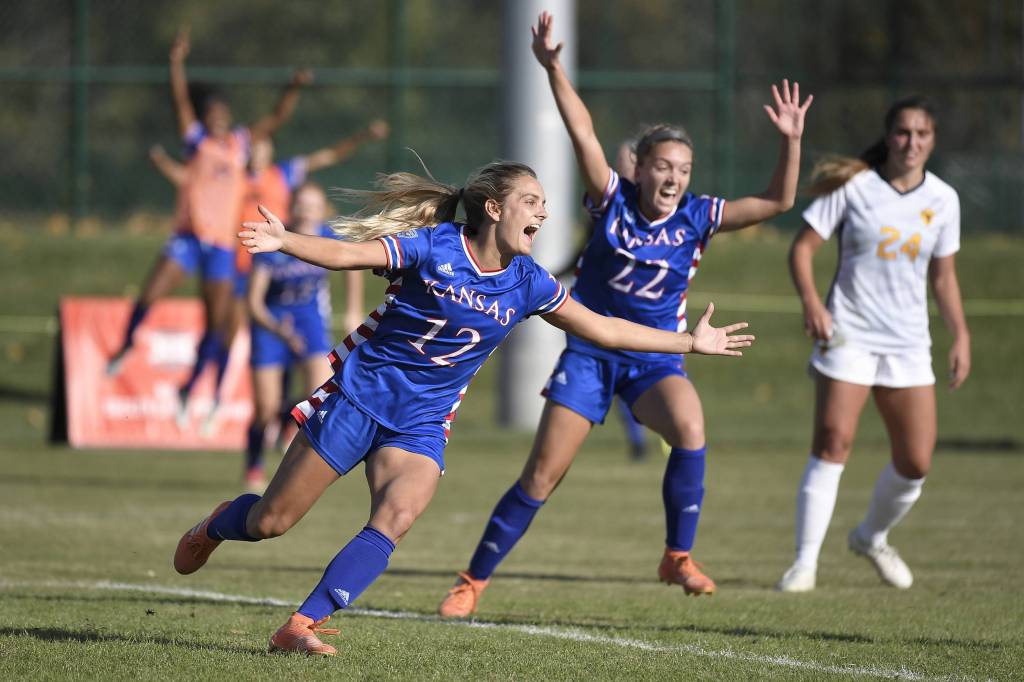 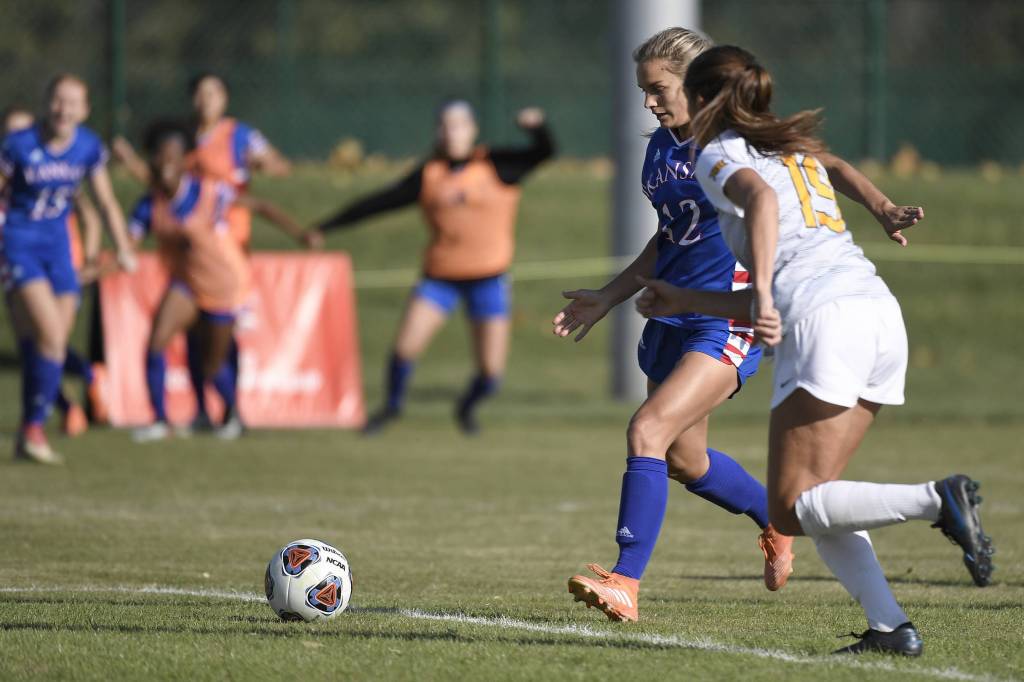 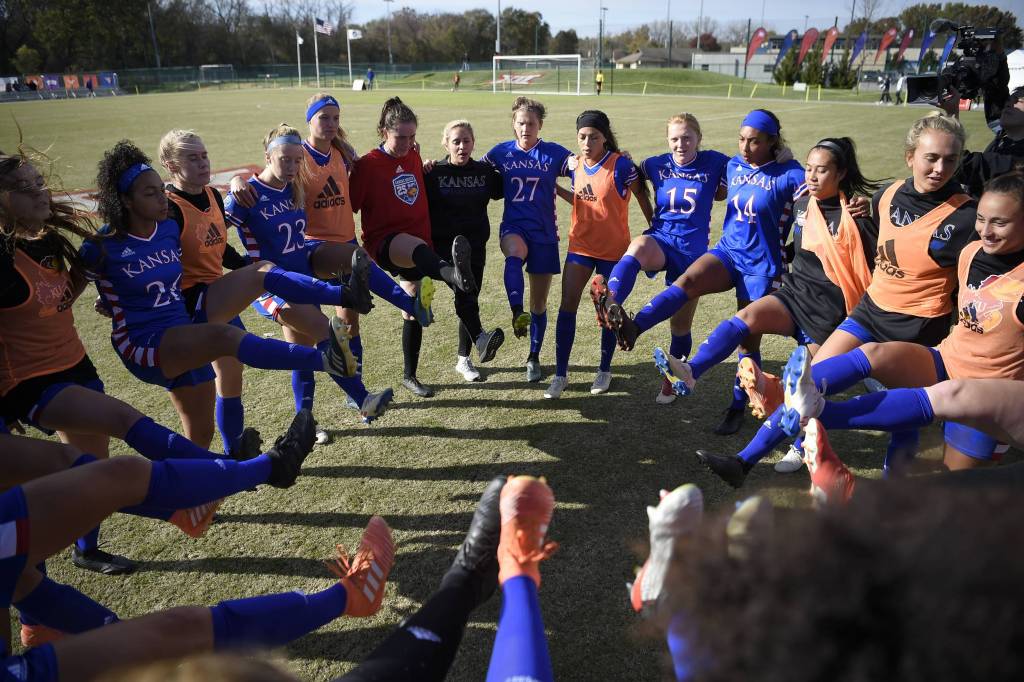 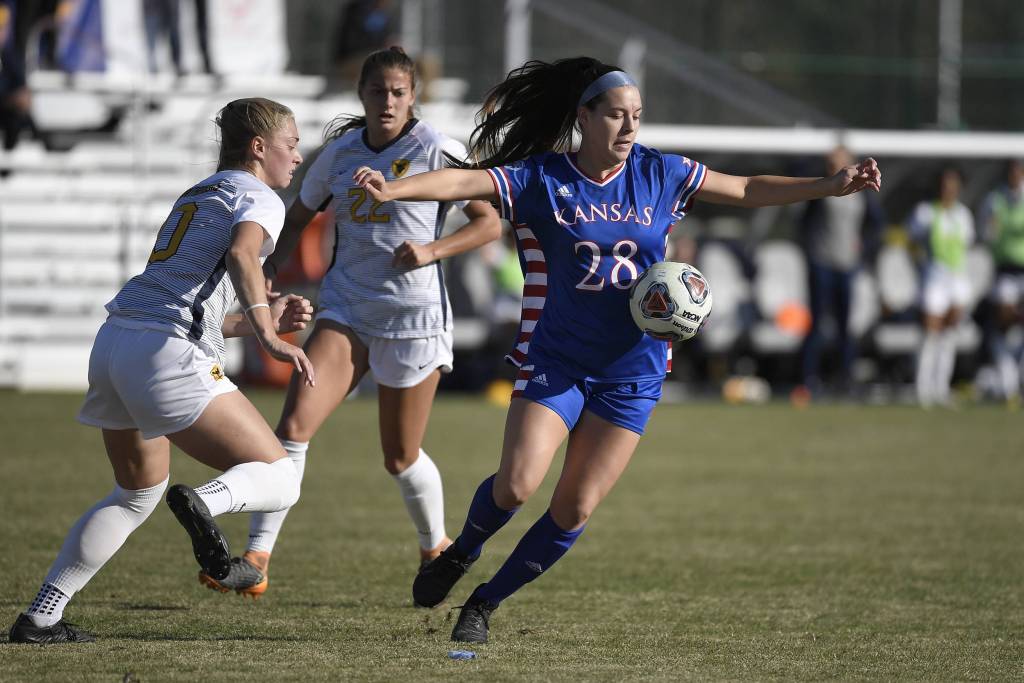