COLUMBIA, S.C. – Two second-half goals were too much for No. 11 Kansas to overcome as the No. 5 South Carolina Gamecocks topped the Jayhawks, 2-0, in the third round of the NCAA Tournament Sunday afternoon at Stone Stadium.

KU’s season came to an end at 17-5-3, just one win shy from tying the program’s single-season wins record and its deepest run in the NCAA Tournament. South Carolina advanced to the NCAA quarterfinals with a 19-1-3 record and moved its unbeaten streak to 16 games.

The third-seeded Jayhawks went two-to-two with the second-seeded Gamecocks for the majority of the match. The early minutes belonged to KU, who tallied five shots over the first 20 minutes of the match, however, none posed a serious threat to the USC goal.

It remained even for the rest of the first half and the first 15 minutes of the second as neither team could break that 0-0 deadlock. That is until the 63rd minute when the Gamecocks were awarded a free kick 25 yards from the KU frame. A curling service into the heart of the KU box found the head of USC’s Grace Fisk, who headed the ball in off the right post to put her team up 1-0 with less than 30 minutes to play in regulation.

As KU looked for the late equalizer, it was the Gamecocks that were able to find the back of the net and put the Jayhawks in a two-goal deficit with under 15 minutes to play. South Carolina’s Riley Tanner beat two Jayhawk defenders down the left side of the box before sending in her fifth of the season and giving her squad the insurmountable 2-0 edge.

The final whistle signaled the end of the match and KU’s season 14 minutes later as the Jayhawks suffered their first shutout in nine outings, while also snapping the Jayhawks’ program-record 11-match unbeaten streak.

The loss also brought the end of the careers to seniors Mandi Duggan, Eva Eliasdottir, Sophie Maierhofer, Addisyn Merrick, Katie McClure, Madison Meador and Elise Reina. The group was a part of 48 victories over the last four seasons and became the first class in program history to play in the second round of the NCAA Tournament three times. 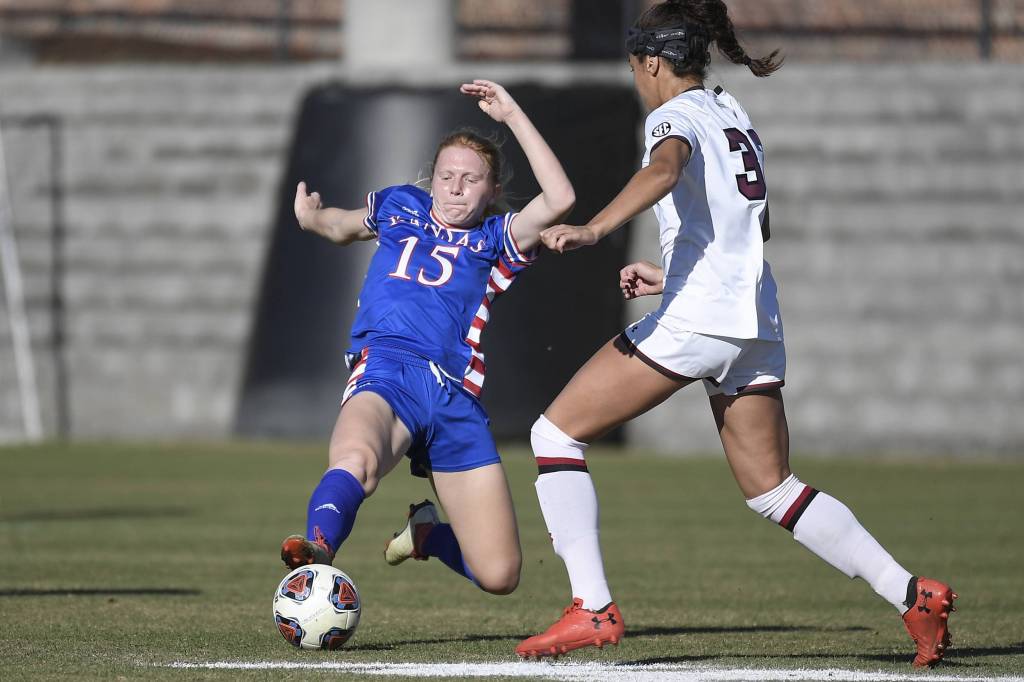 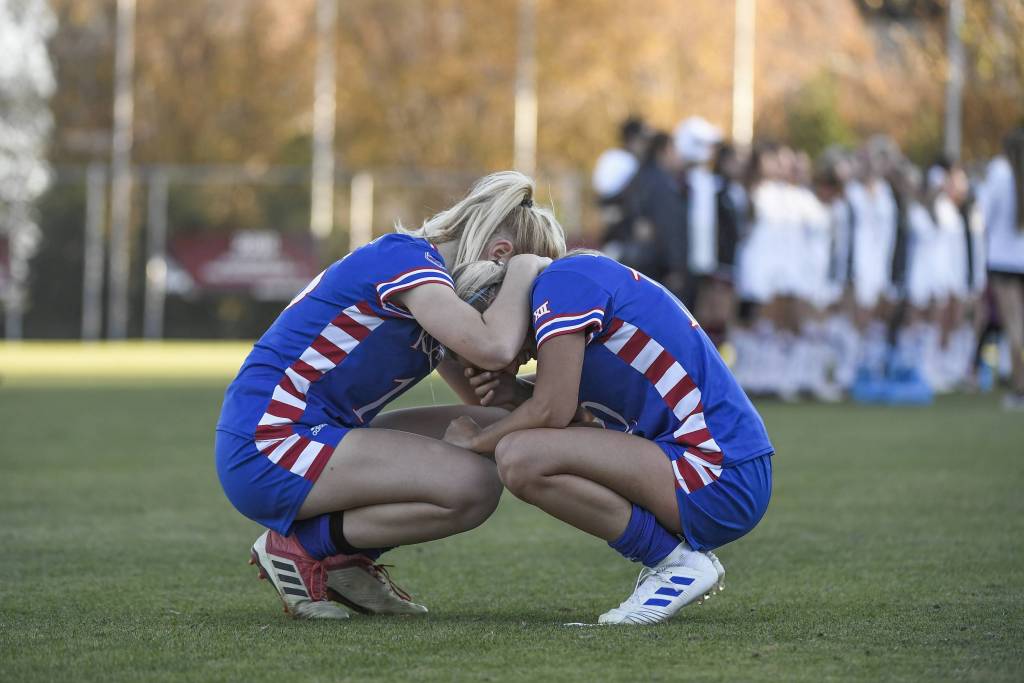 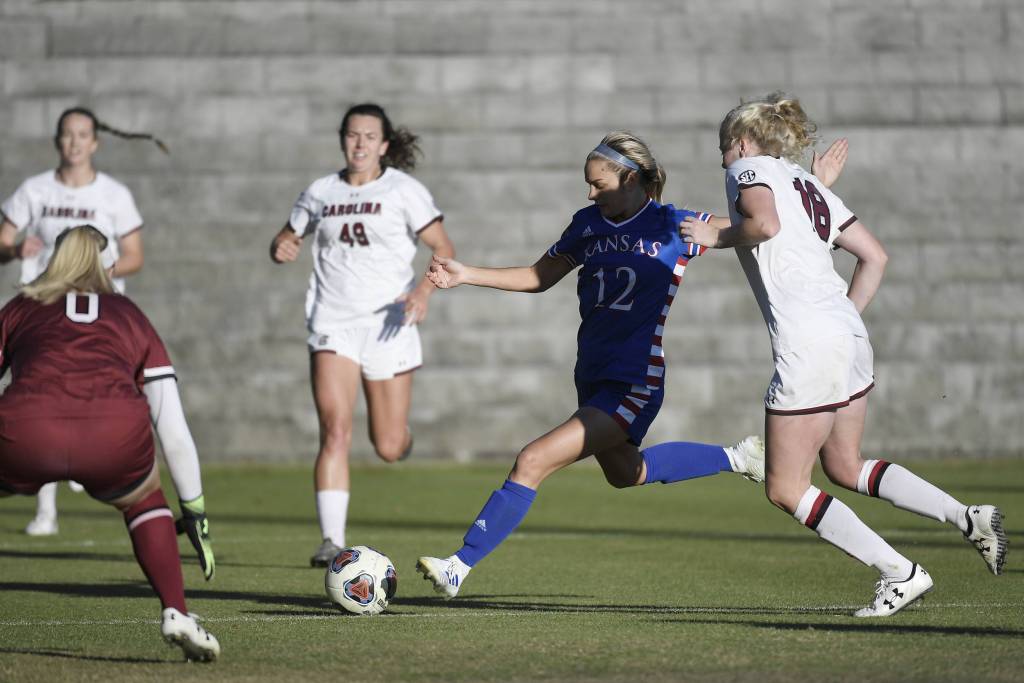 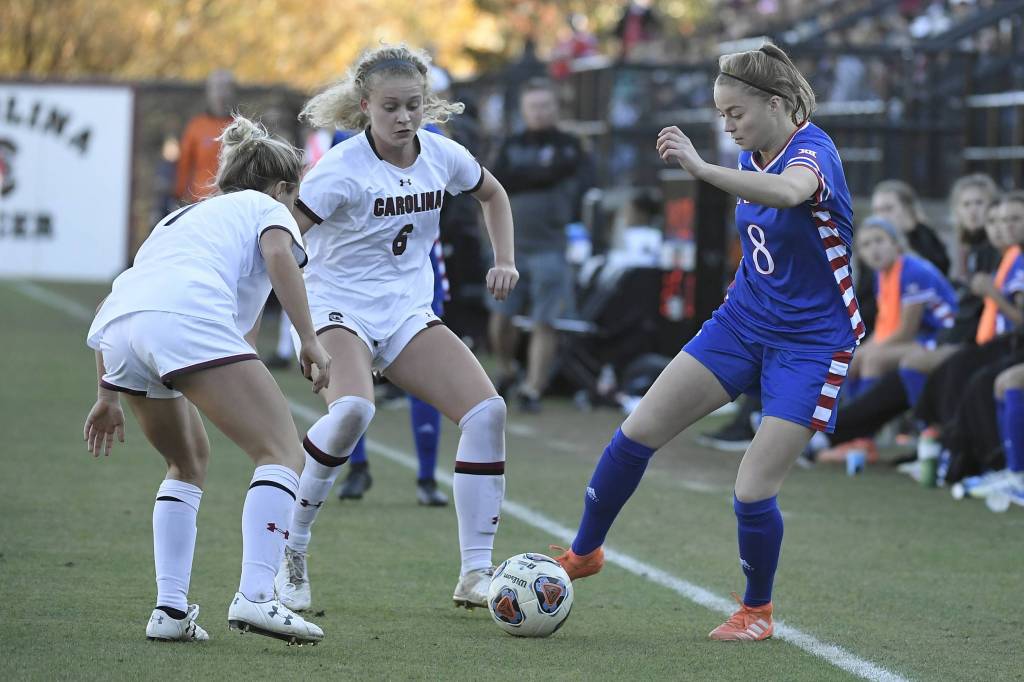 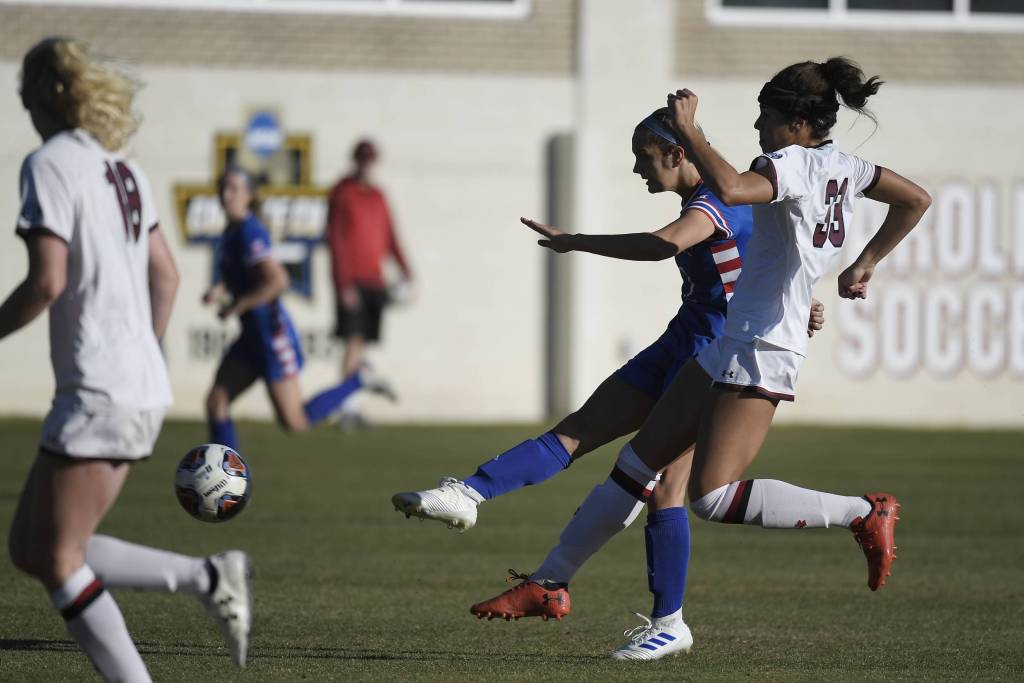 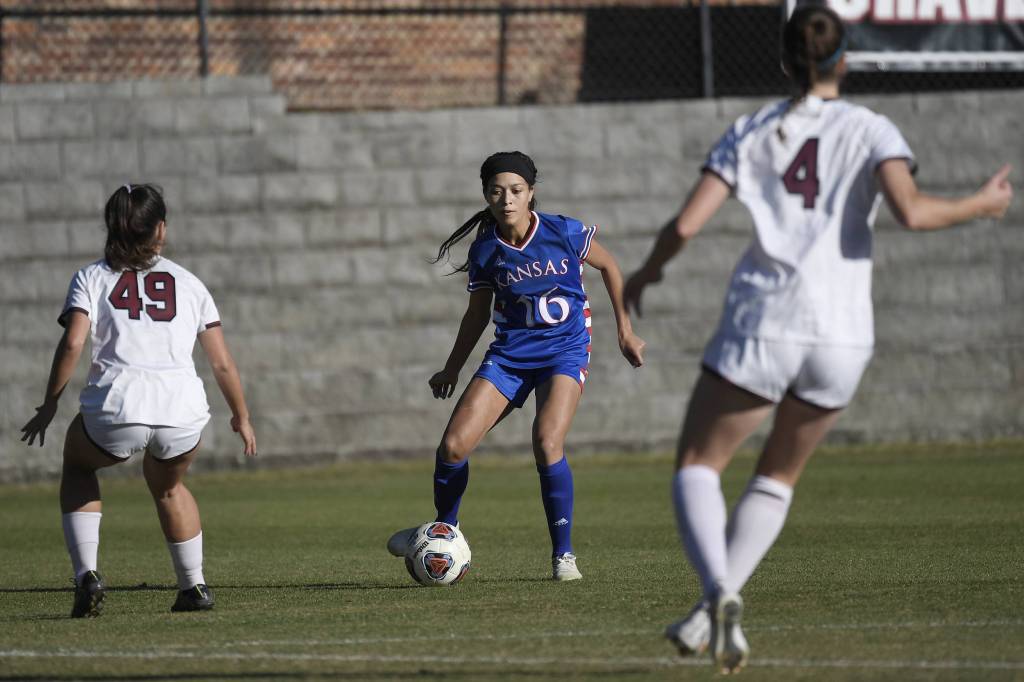 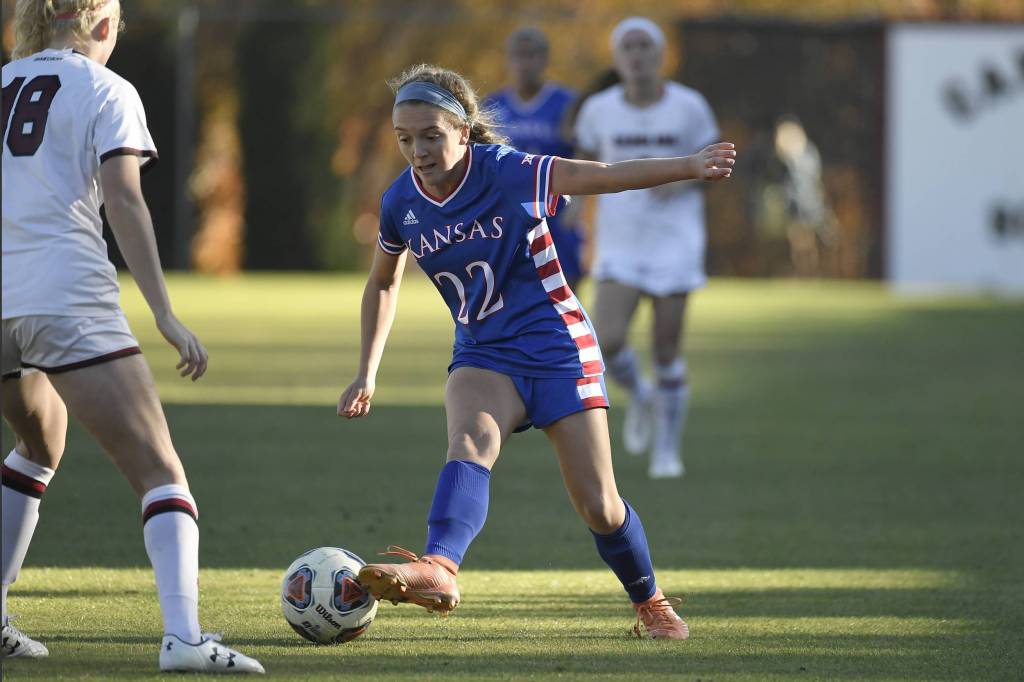 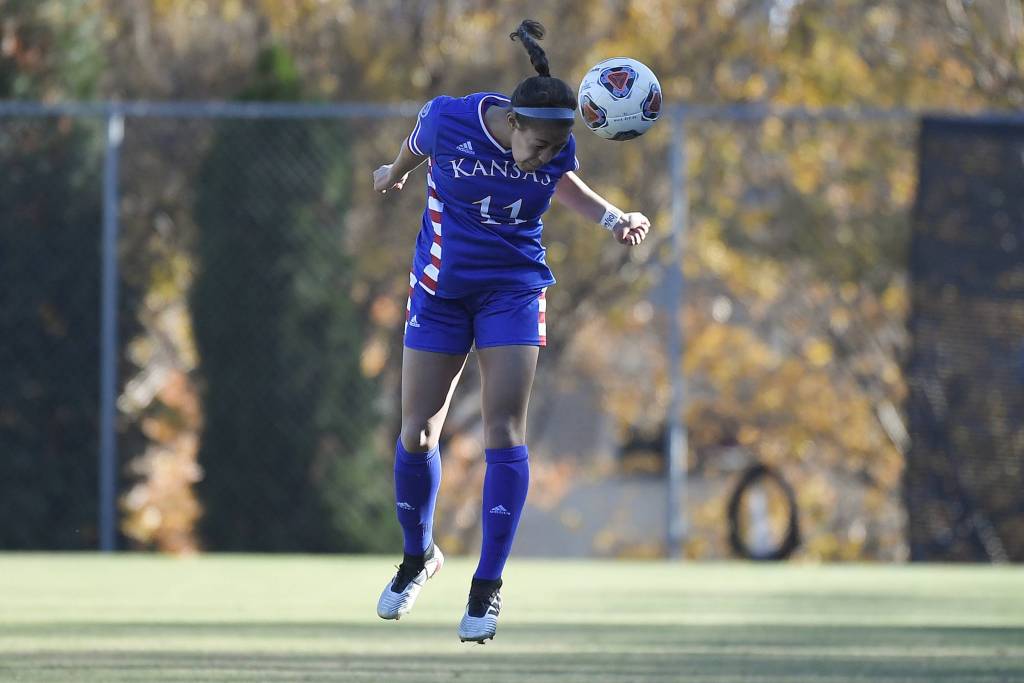 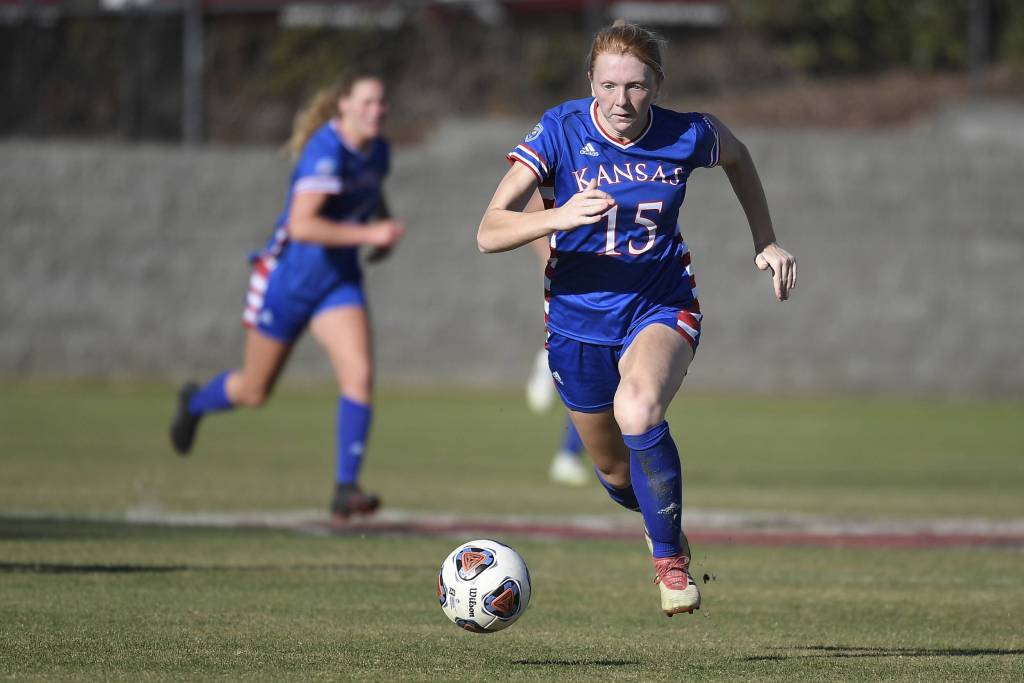 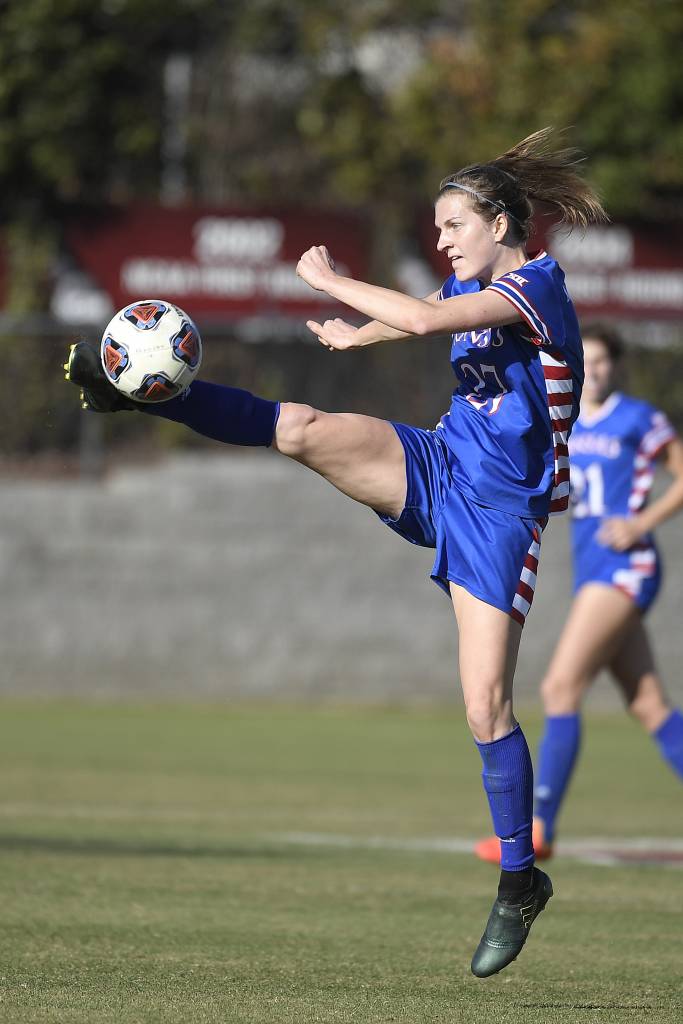 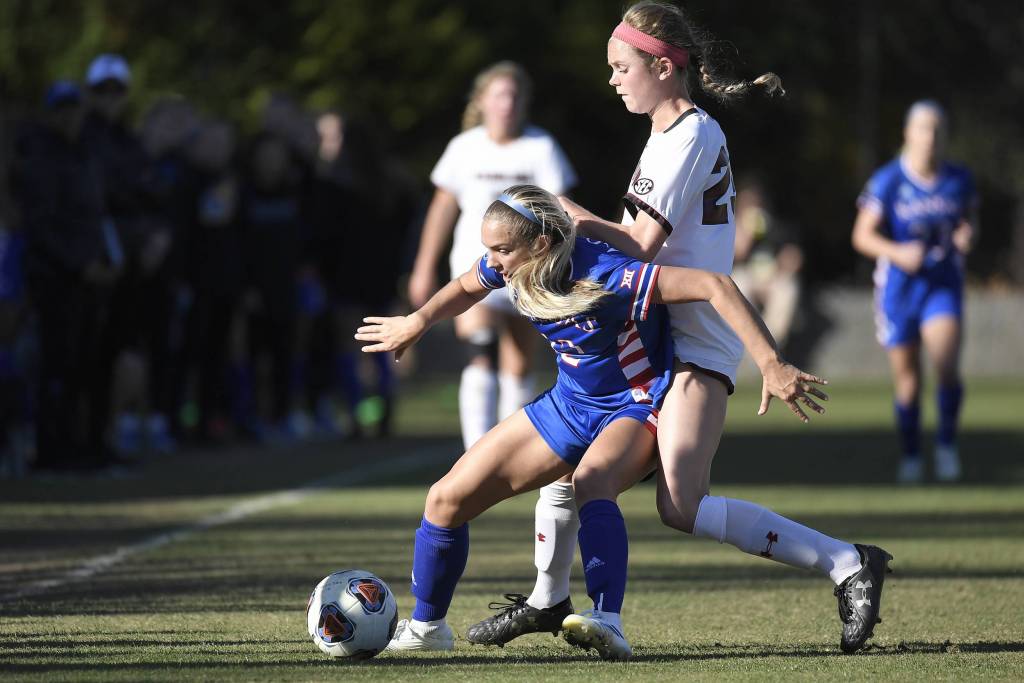 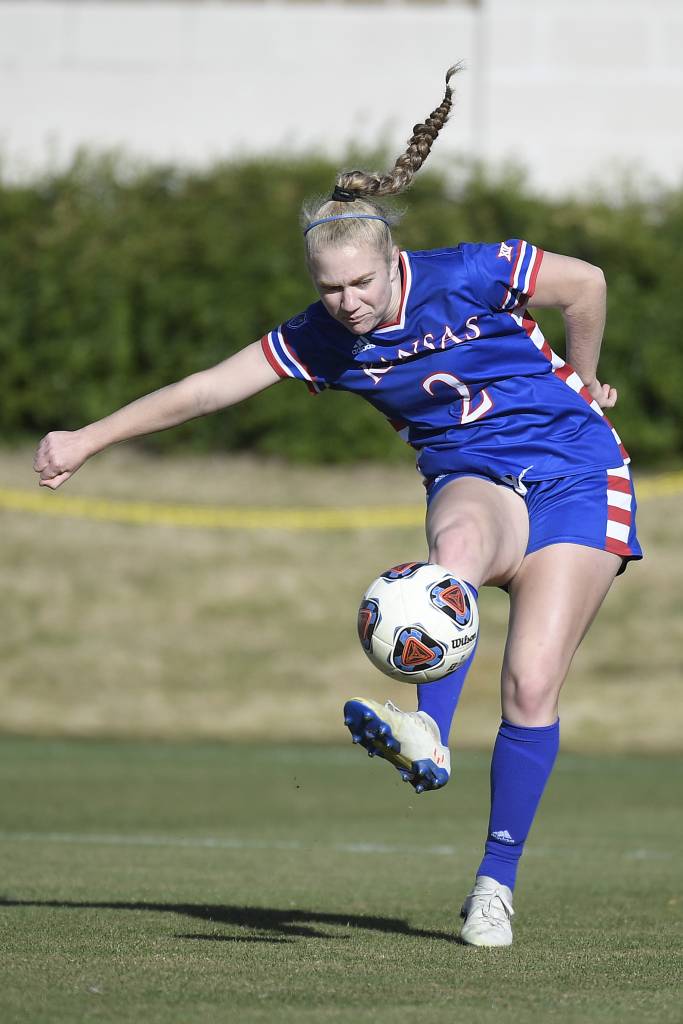 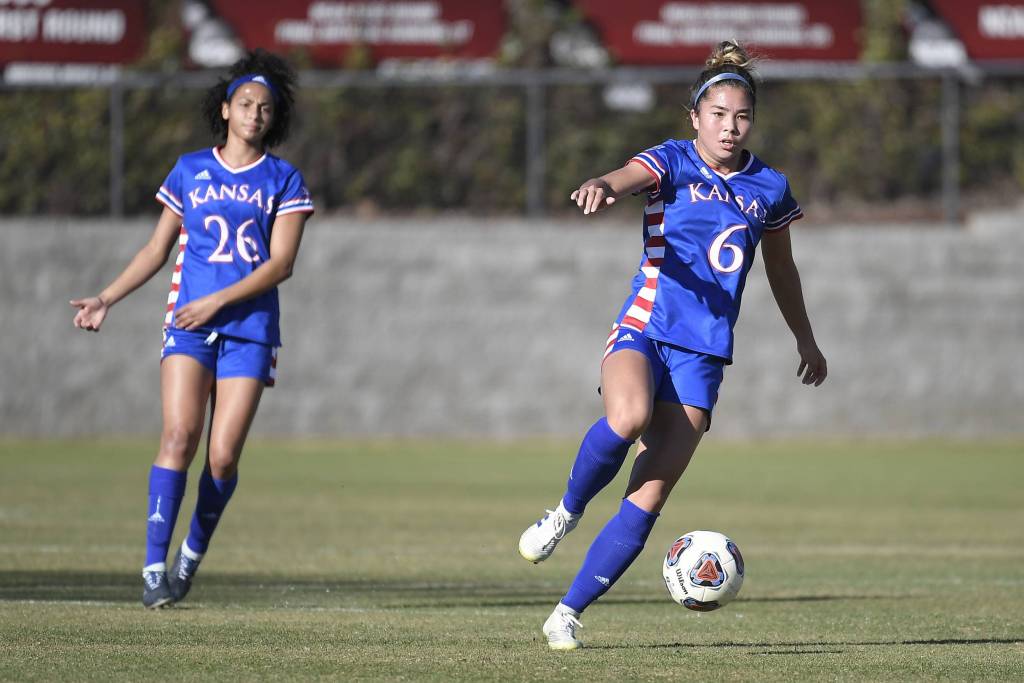 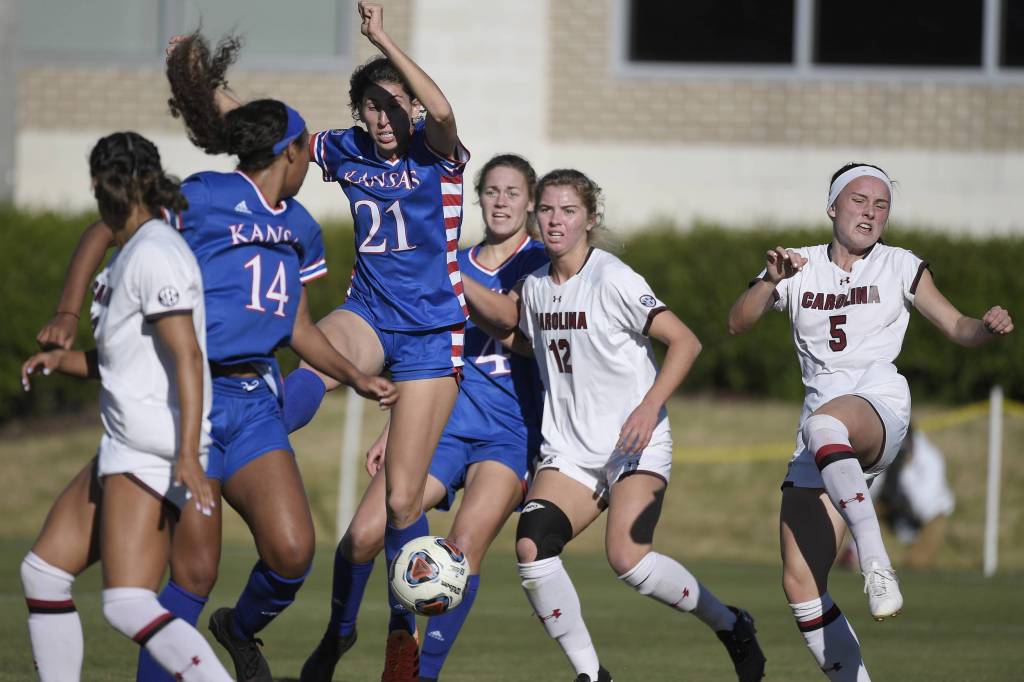 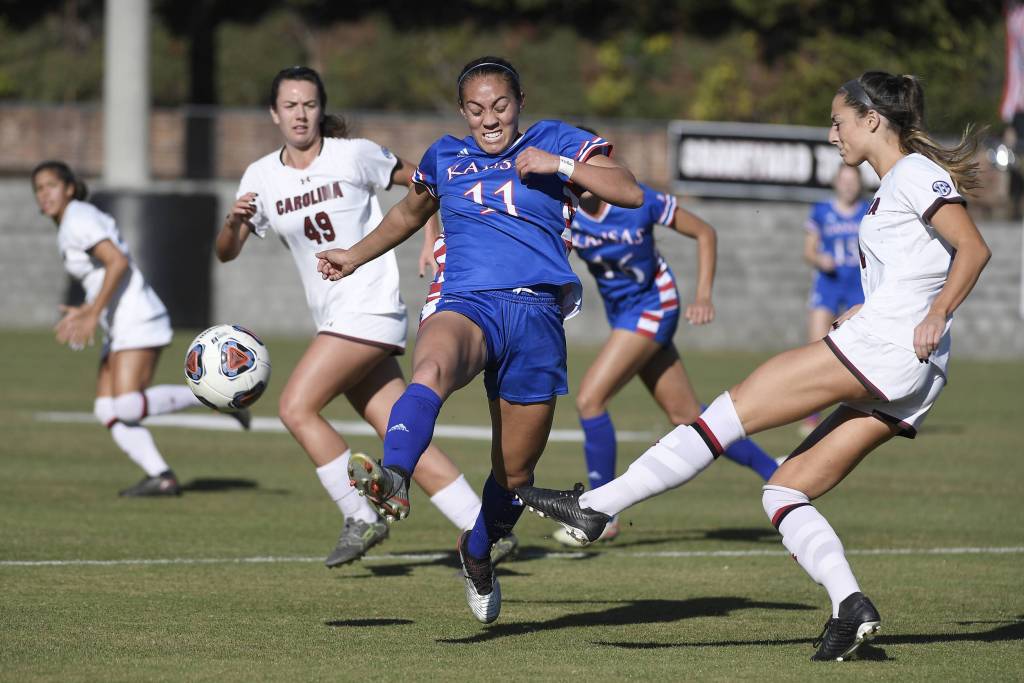 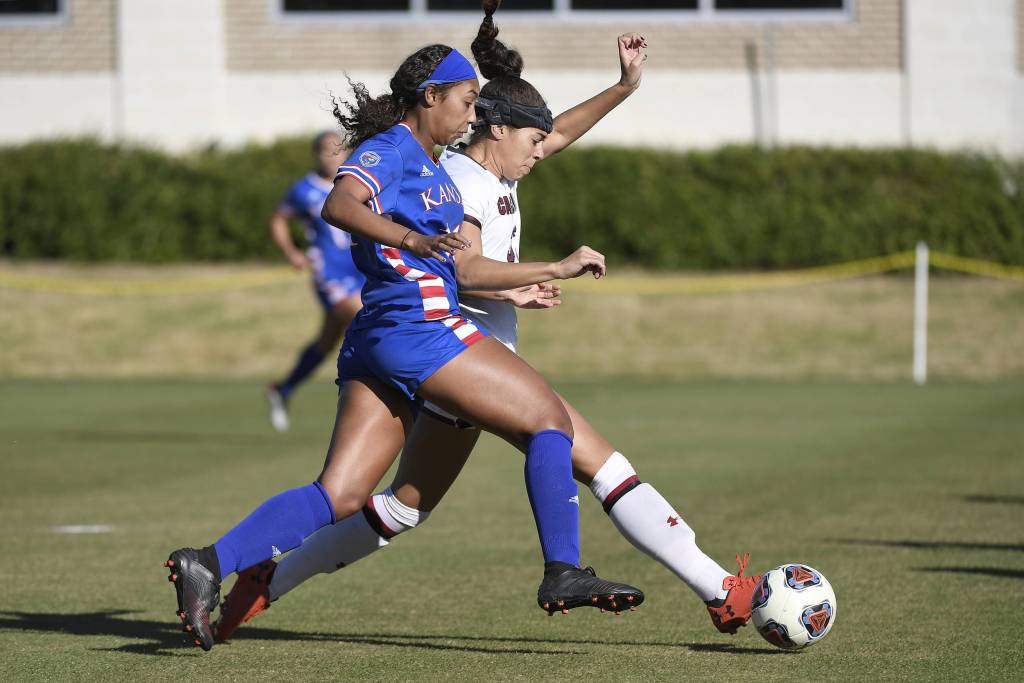 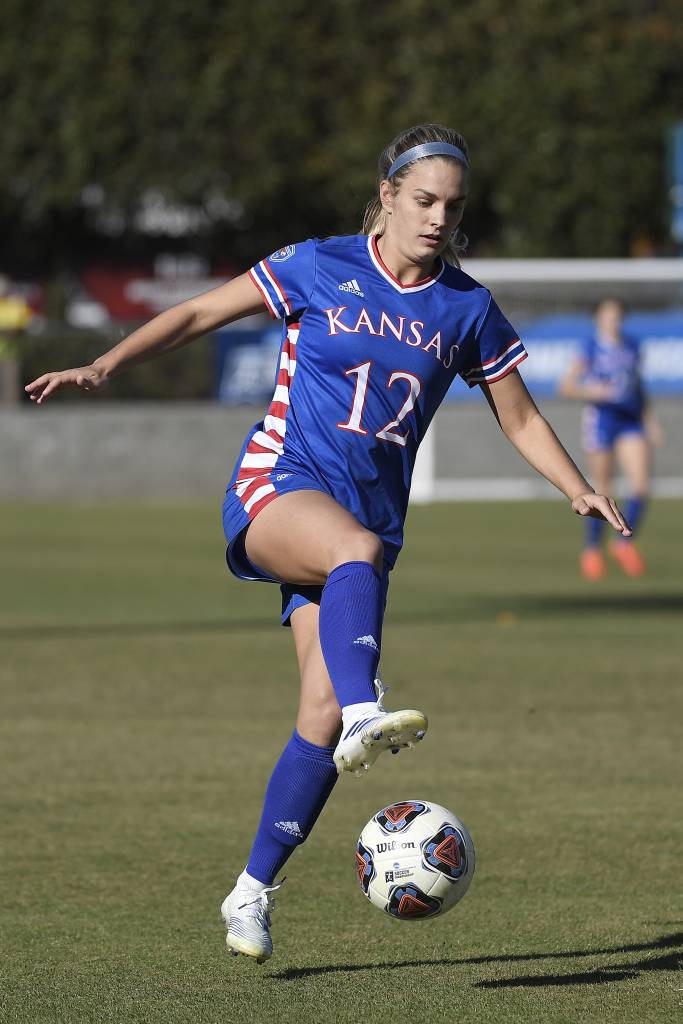 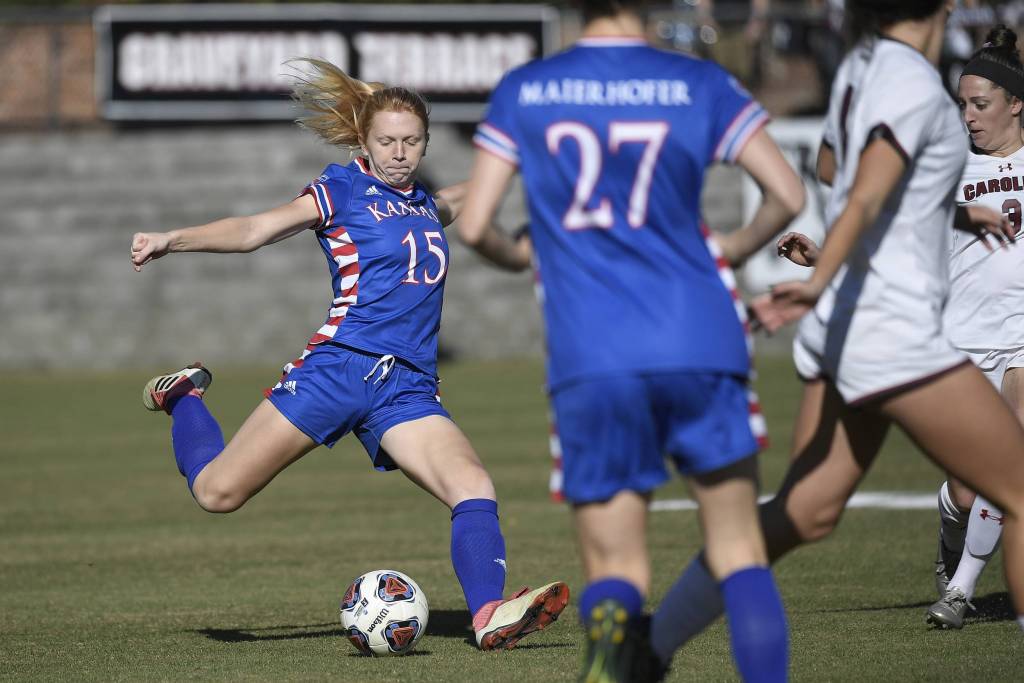 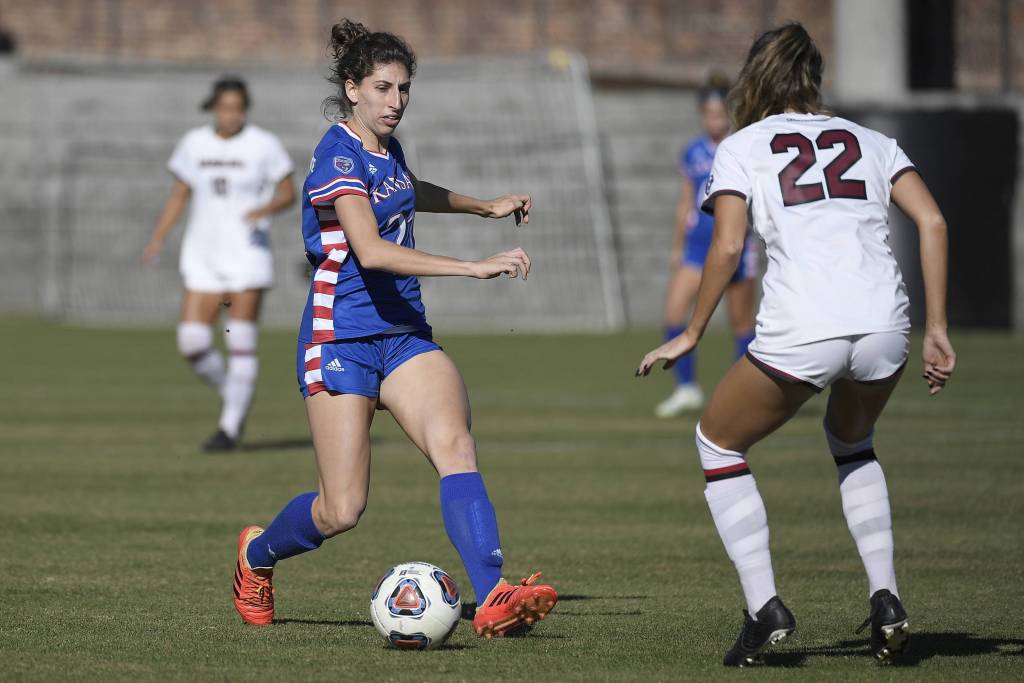 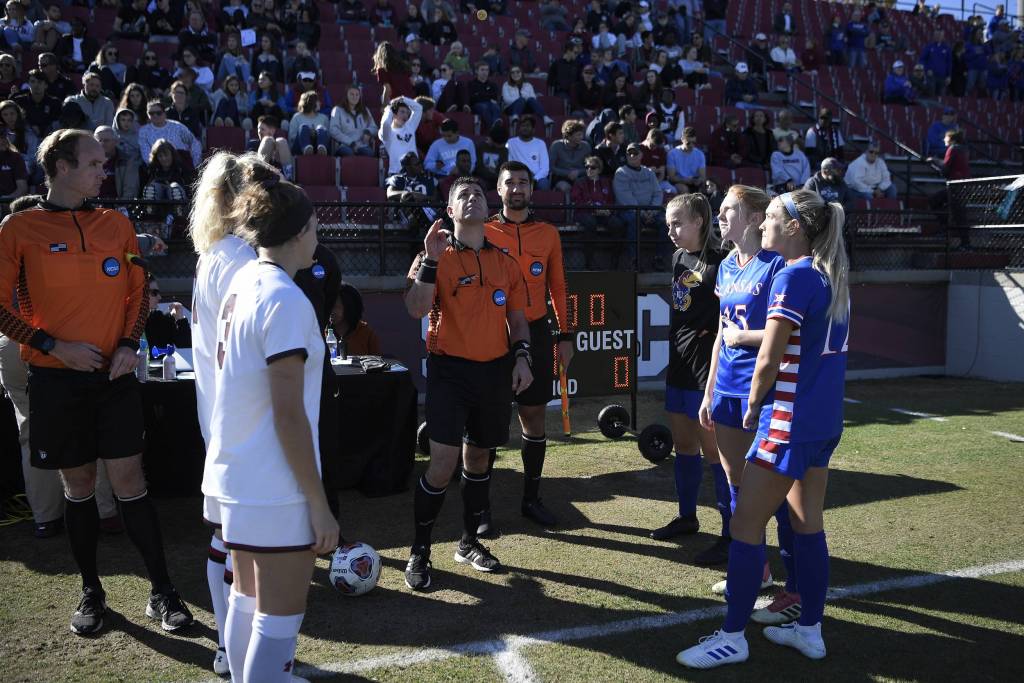 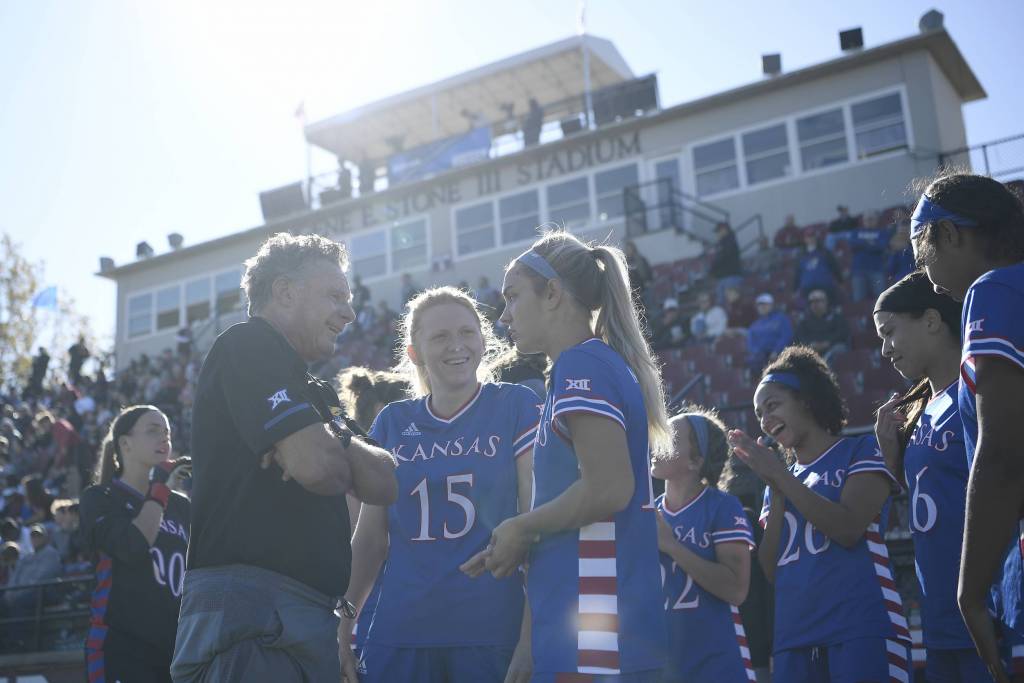 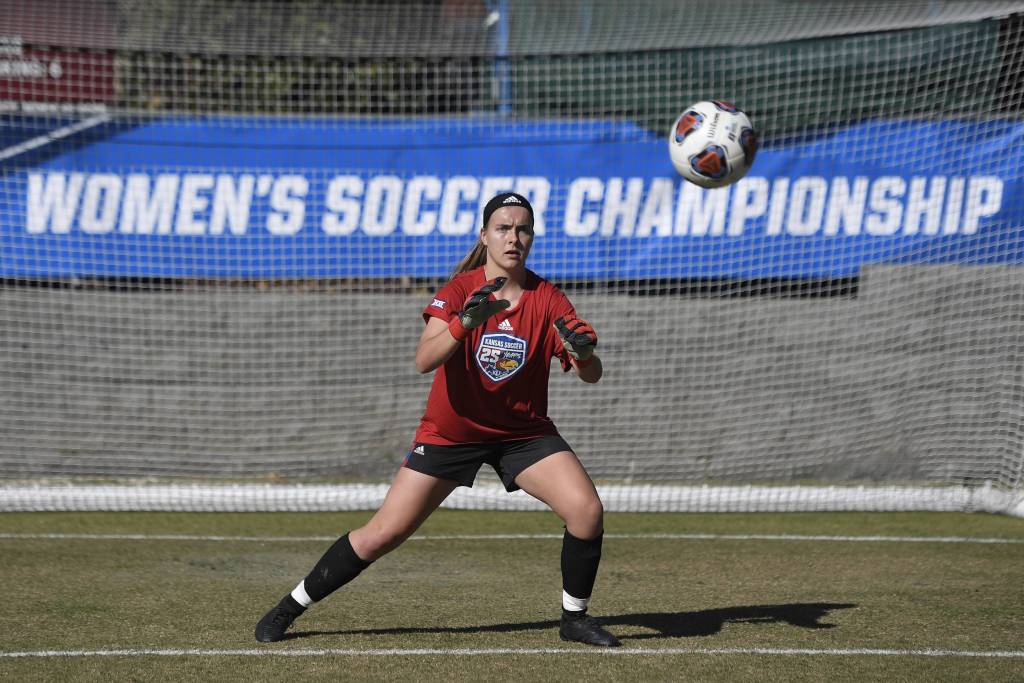