LAWRENCE, Kan. – As the Kansas basketball team continues to search for an offensive identity in the early stages of the 2019-20 campaign, a pair of Jayhawks’ recent performances have them among the top of the list as their team’s go-to guys. Sophomores Devon Dotson and Ochai Agbaji turned in impressive outings in Kansas’ 95-68 win against Milwaukee on Tuesday, Dec. 10, in Allen Fieldhouse, showcasing their offensive prowess from the perimeter. The two Jayhawks tallied 22 points apiece in the win, but it was their play in the early minutes that have fans excited for the scoring potential of this dynamic duo.

Kansas sprinted to a big lead immediately after the opening tipoff, KU building a 17-1 lead with nine of those points coming from Agbaji and Dotson posting three of his nine assists on the night. All this came within the opening four minutes of play. 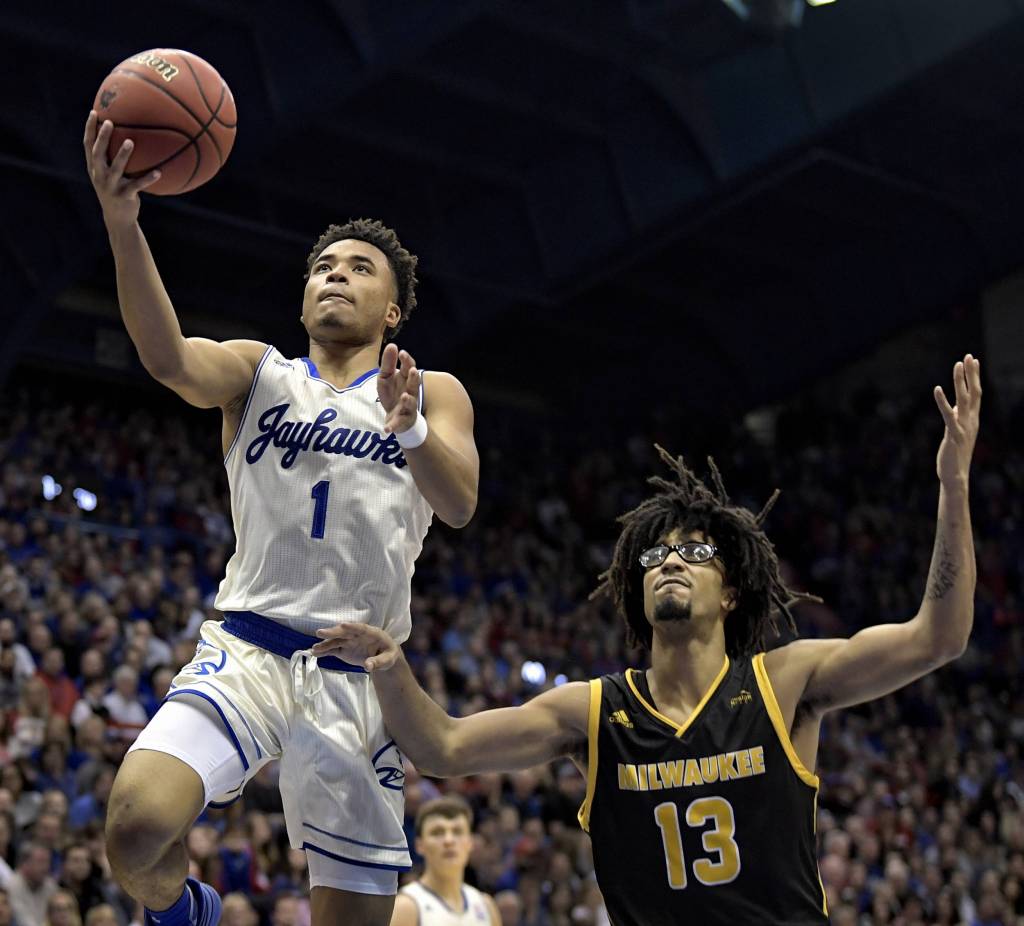 “I think that’s one of the best starts that we’ve had [this season]. It was 15-1 before you could sit down,” said head coach Bill Self after the win. “I think that we had eight points with 18:30 in the half, 15 at the under (16 minute) timeout and had about 25 with about 12 left. We made shots, and everything goes better when you make shots.”

Kansas’ offense continued to roll through the Jayhawk sophomores as the duo continued to connect throughout the night. Dotson and Agbaji combined for 40 of their team’s 87 shots from field. It was their fast start that Agbaji believed aided in him and Dotson’s strong night.

“I was trying to find my rhythm early on. Obviously, I did. Looking out for my teammates playing inside out. I just come out aggressive, get the pace going and made them play catch up."

There was little doubt that Agbaji found his rhythm, hitting each of his first three 3-point tries from the night en route to a 5-of-8 performance from beyond the arc. While the Kansas City native was scorching the nets from deep, Dotson was looking to play more aggressively against the Milwaukee team, forcing the Panthers to collapse on his drives and finding open teammates.

“I just wanted to come out aggressive and try to look for shooters to set up my teammates,” said Dotson. “I saw that [Ochai] was feeling it and that hyped me up and I was excited for him.”

Halfway through the second half, to cap off their magnificent game, the two connected for one out the biggest plays of the night, a fast break from Dotson and the quick hustle play down the court from Agbaji that led to the perfect alley-oop dunk.

“I saw him running, he pointed up so I threw it up there. I knew if it was somewhere close he could go up and get it. I was just trying to make a play.” 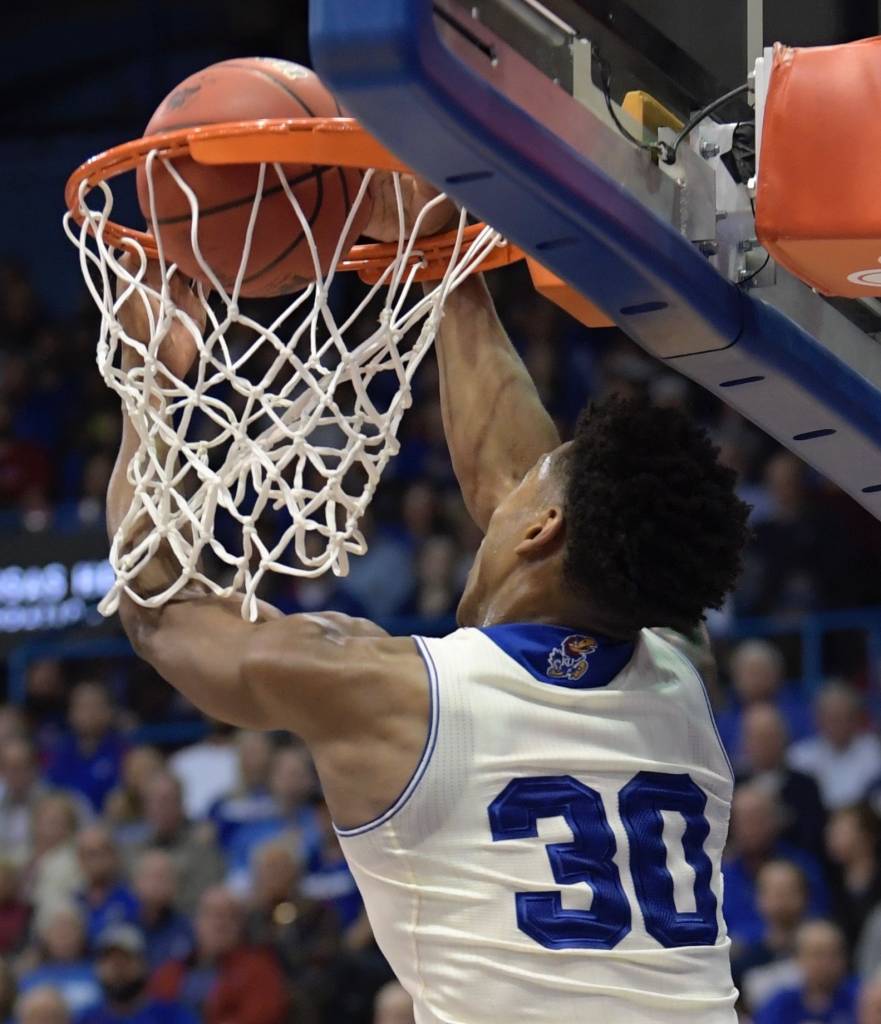 UP NEXT
Kansas will take on Kansas City at the Sprint Center in Kansas City, on Saturday, Dec. 14 at 4 p.m. on Big 12 now on ESPN+, this will be a part of the Jayhawk shootaround in Kansas City.

Kansas leads the series with Kansas City 7-0, with the last meeting coming during the 2016-17 season.