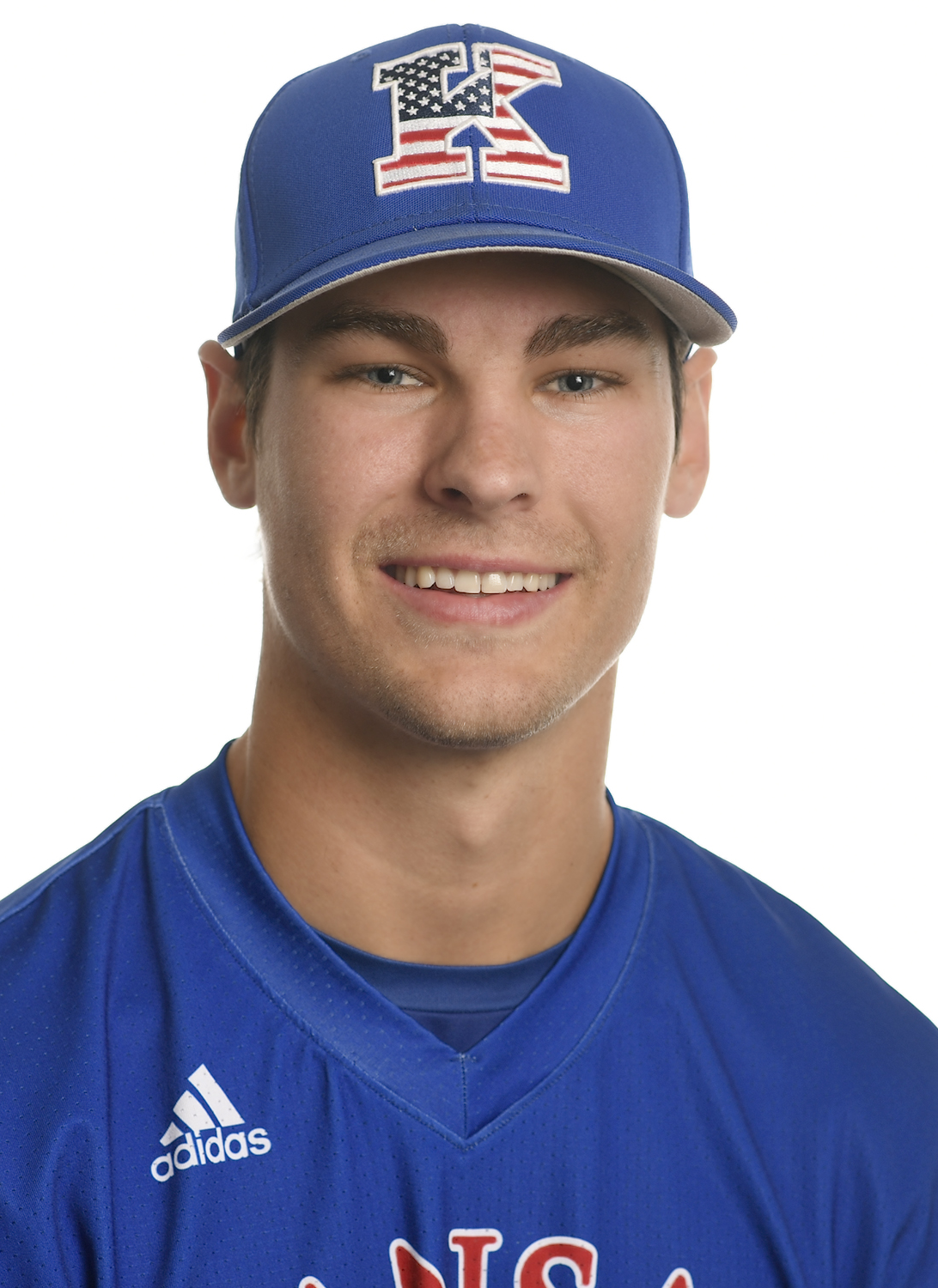 2018, Redshirt Senior season
Started two games and appeared in relief in three games … Pitched nine innings with eight strikeouts … Made first appearance of the season against Texas Southern in relief (3/4).

2014, Freshman season
2013 Fall Big 12 Commissioner’s and Athletic Director’s Honor Roll … Started six games on the mound, had six relief pitching appearances and appeared in four more games, totaling 15 for the Jayhawks … Finished the season with a 2-1 record and 3.18 ERA … Set a career mark for innings pitched with seven against Grand Canyon (4/16), allowing one earned run and striking out four on his way to his first collegiate victory … Batted in his first-career RBI against Mississippi Valley State (2/23) … Scored his first-career run against Northwestern (2/21).

Washington HS
Four-year letterwinner for head coach Brian Hermanson and the Warriors … Named to the all-region team as a pitcher his sophomore year and followed up with an all-state recognition his junior year at third base … Ranked No. 2 prospect on the bump in South Dakota by Perfect Game … Named to the 2013 Rawlings All-Central Region Second Team … Named first team all-state and all-region his junior and senior seasons … Batted .402 in 2013 with 17 hits, four doubles and 10 RBIs … In 2012, he batted .427 with 38 hits, a home run and 28 RBIs … On the mound, compiled a record of 4-2 his junior year in nine games … Tossed 34.2 innings for an ERA of 2.34 … Member of the honor roll.

Personal
Born in Sioux Falls, South Dakota … Son of Chuck and Gayle Hander … Brother, Ryan, was a pitcher at Nebraska … Majoring in business.