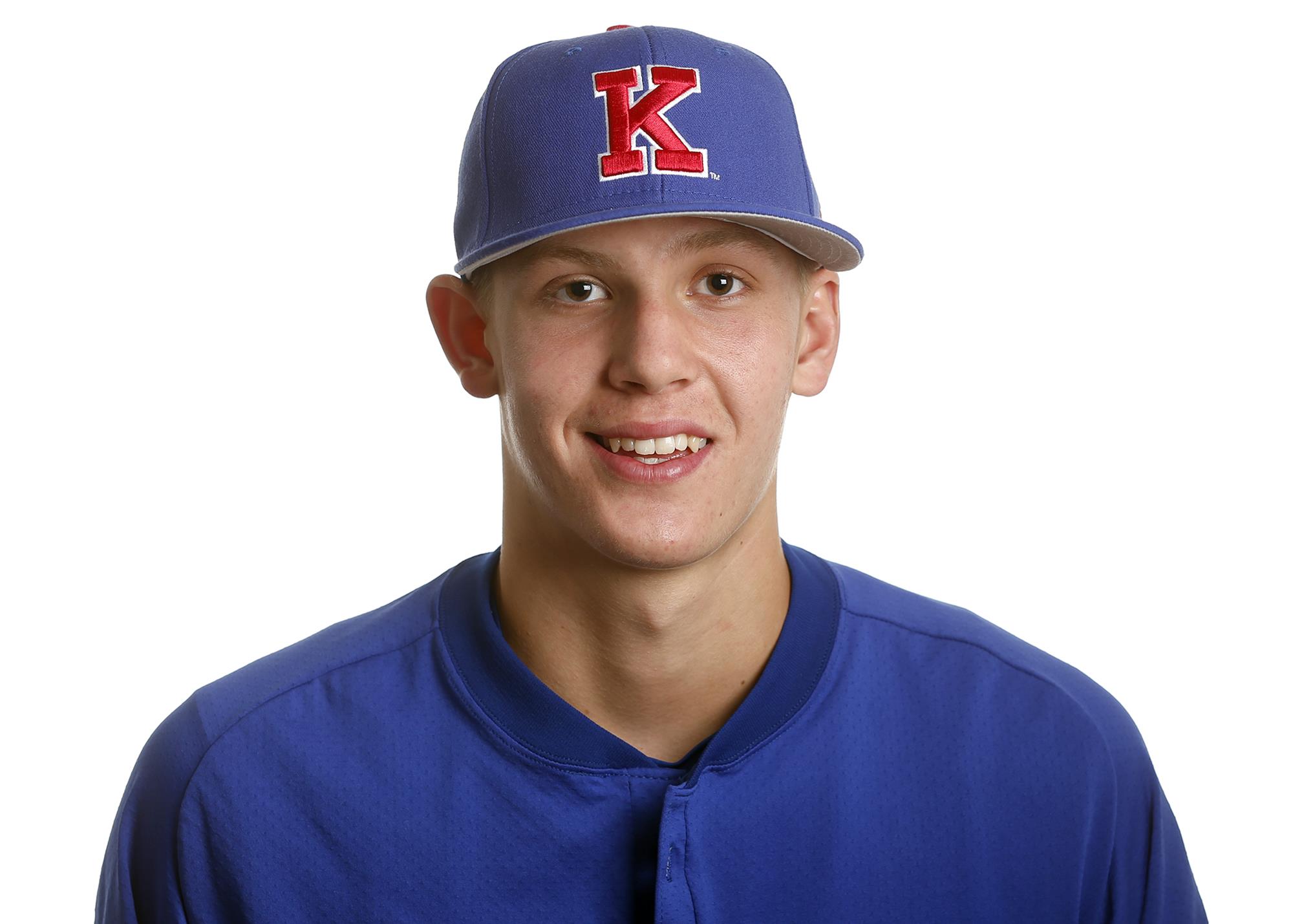 2015, Freshman season
Made seven starts and appeared in 21 games for the Jayhawks … Made his Jayhawk debut at LSU (2/14) in a relief appearance … Made his first start against Utah (3/8) … Worked a career-best six and 1/3 innings and struck out a career-high four batters at Oklahoma (4/3) … Picked up his first-career win against Oklahoma State (4/12) … Tied a career-high four strikeouts at Northwestern (5/5).

Columbine HS
Played four years for coach Chuck Gillman and the Columbine Rebels’ baseball team … Selected to the 2012, 2013 and 2014 Colorado High School Futures All-Star teams … 2014 First-Team All-Conference and Conference Pitcher of the Year … Selected to the 2014 First-Team All-State 5A and All-Colorado teams … Honored as the 2014 Colorado Pitcher of the Year … Undefeated on the mound as both a junior and a senior with three and seven wins, respectively.