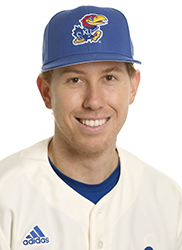 2016, Freshman season
Did not play due to a shoulder injury.

Personal
Born in Arlington, Texas … The son of Bob and Robyn Grassanovits … Has an older sister, Cameryn, who attends the University of Texas … Father, Bob, is a former tennis professional … Plans to major in business administration.