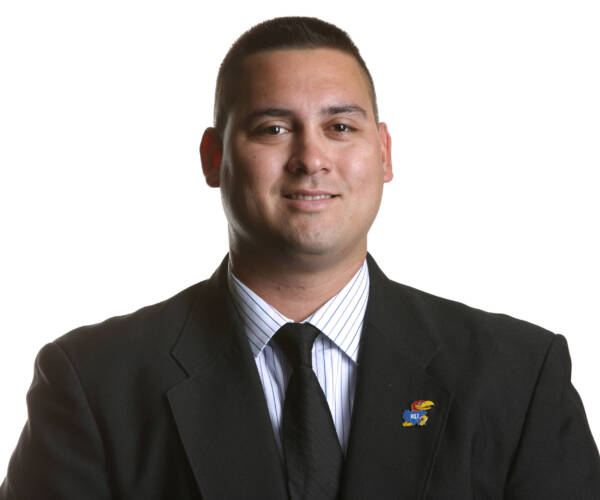 Wally Marciel (mar-SEE-ell) joined the Kansas staff in August 2014 and finished his eighth season as Director of Baseball Operations in 2022. Marciel is in charge of helping coordinate travel and meals, providing logistical support at games and incorporating analytical technology into student-athletes development.

With the addition of Trackman, Rapsodo, Edgertronic and other video analysis programs, Marciel has helped provide additional tools to the coaching staff and student-athletes. In addition, he has ushered in virtual reality training and dugout-to-catcher communication during games. Marciel also manages the operations of all Jayhawk baseball camps, facilitating individual and group instruction to help enhance skills for children ages five to 18.

Marciel first came to Kansas in the fall of 2006 from the island of Kailua, Hawaii, as the first of a string of standout Hawaiian baseball players under former head coach Ritch Price.

His best season with the Jayhawks came in 2007 when he compiled a career-best 3.94 ERA in 19 games, making 10 starts. He struck out 47 batters in 59 1/3 innings pitched, earning Second Team Freshman All-American honors from Ping! Baseball.

A native of Kailua, Hawaii, Marciel resides in Lawrence, with his wife, the former Molly Green. The couple has one daughter, Ruby.