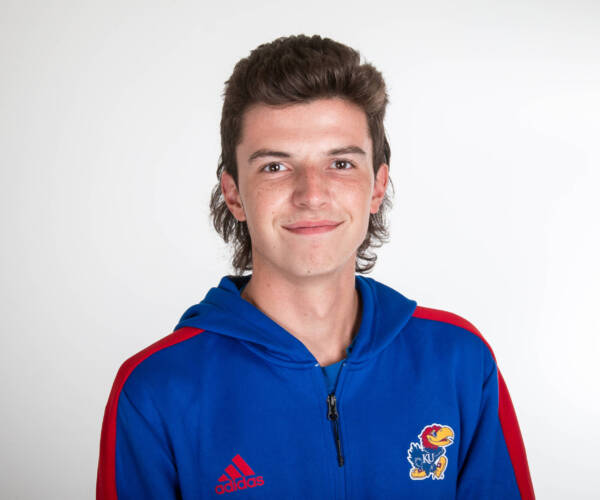 Finished third with a time of 20:07.40, his first appearance as a Jayhawk, at the Bob Timmons Classic … In Columbia, Mo., at the Gans Creek Classic ran a 25:72.60 making him the third Jayhawk to finish and the 75th overall.

HIGH SCHOOL
An eight-time letterwinner for coach Jack Sachse at De Soto High School (four times each in cross country and track & field) … Cross country team was he 2015 4A State runner-up and a two-time United Kansas Conference champion (2016, 2017) … The Wildcats’ track & field team claimed a runner-up finish at the 2019 5A State meet … That same season, the team was the Regional Champion … Two-time T&F team league champions (2018, 2019) … Had a productive and memorable senior year, as he finished as runner-up at the 5A State Cross Country meet as well as on the track in both the 3,200 meters and 4×800-meter relay … A member of De Soto’s school record-holding 4×800-meter team … Greater KC Cross Country Coaches Association All-Metro Team in both 2017 and 2018 … Kansas Cross Country All-Academic Team in 2018 … Class valedictorian … A National Merit Scholar.

PERSONAL
Son of Daniel and Missy Hubert … Both parents are graduates of the University of Kansas; his dad with a J.D. degree and his mom with a B.A. … Has a younger sister, Quincy … Plans to major in biochemical engineering.