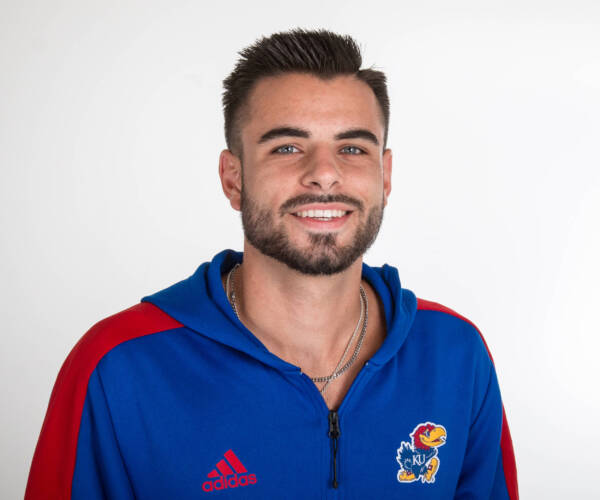 Opened his season with a first place finish in the 1,000 meters at the Bob Timmons Challenge, finishing in 2:29.08. Also contributed to the Distance Medley Relay which won in 10:42.48.

Competed for the University of Oklahoma under coach Tim Langford … Ran at the Pre-National Invitational, recording an 8k finish of 28:37.6 … Completed the Chile Pepper XC Festival in 27:13.0 … Finished 23rd in the 6,400-meter race at the Hurricane Preview with a time of 21:04 … Earned Academic All-Big 12 Second Team honors in the classroom during his freshman year.

Between cross country and track & field, won a total of eight letters at Tahlequah High School … Coached by Anthony Amason at THS … As a member of the Tigers’ cross country team, he was a three-time team State runner-up (2014, 2015, 2016); Regional Champions for three-consecutive years (2014, 2015, 2016); finished in third place once in the Metro Lakes Conference while claiming the Championship the other three years of his high school career (2014, 2015, 2016) … On the track, was a member of the State Champion 4×800-meter Relay Team in 2017. In addition, some of his best individual statistics or performances during his prep career in Tahlequah, Oklahoma include: he holds the Tahlequah High School Indoor Mile Record (4:19.21); he is the only student-athlete from THS to amass five All-State honors (three in cross country, two for track & field); was the Two-Mile State Champion (2018) and he ran the anchor leg on the State Champion 4×800-meter Relay Team (2017).

PERSONAL
Son of David and Renita Dick … Has an older brother, David Dick II … Brother was a quarterback for The University of Central Oklahoma during his collegiate career … Plans to major in business finance.