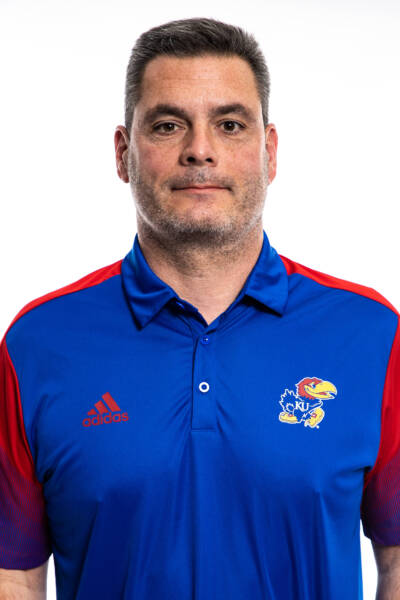 Kansas Head Coach Lance Leipold announced the hiring of Jim Panagos as the program’s new defensive tackles coach on February 1. Panagos brings more than 20 years of collegiate and NFL coaching experience with him to Lawrence.

“Coach Panagos is an excellent addition to our coaching staff, and I’m very excited to work with him,” Leipold said. “He has a strong reputation as an outstanding recruiter, as well as a track record of developing his players. His experience and philosophies align well with our defensive staff and will benefit our defensive tackles and our defense as a whole.”

The 2009 FootballScoop National Defensive Line Coach of the Year and a former Broyles Award nominee, Panagos has coached more than 20 future NFL players during his time as a college coach.

Panagos spent the 2019 season at Minnesota, helping the Gophers to a 10-2 record and a spot in the Outback Bowl. Prior to that, the veteran defensive line coach spent two seasons at Temple, first as the defensive line coach and the second as the assistant head coach/run game coordinator. In 2018, Panagos helped the Temple defense rank among the top three nationally in defensive touchdowns, forced turnovers and fumble recoveries. The Owls also ranked second in the American Athletic Conference in total defense, passing defense and three-and-outs.

In 2017, Panagos earned a nomination for the Broyles Award, given to the nation’s top assistant coach annually. That season, the Owls recorded 39 sacks and 92 tackles-for-loss, while Sharif Finch (15.5 TFLs, 8.5 sacks) and Jacob Martin (11 TFLs and 8 sacks) had breakout seasons, each earning second-team All-AAC honors.

Panagos spent the 2016 season as a defensive consultant at Pittsburgh. Before that, he had his first stint at Ruters, leading the defensive line from 2012 to 2015. In his first season, the Rutgers defense finished fourth in scoring defense and 10th in total defense. Additionally, defensive tackle Scott Vallone had a career-high 52 tackles and earned first-team All-Big East honors.

In 2014, Panagos tutored defensive tackle Darius Hamilton and defensive end Kemoko Turay to all-conference honors as Rutgers transitioned to the Big Ten. Turay was a second-round draft pick of the Indianapolis Colts, and just finished his fourth season in the NFL and has 12 career sacks.

Before arriving at Rutgers, Panagos spent five seasons as the defensive line coach at UCF. He helped the program reach three bowl games, including a win in the 2010 Liberty Bowl over Georgia. In his first season at UCF in 2007, the Knights recorded 39 sacks, which ranked 15th in the country. In 2009, he was named the National Defensive Line Coach of the Year by FootballScoop, while Jarvis Geathers (11) reached double digits in sacks. Also that year, Torell Troup was a second-round pick of the Buffalo Bills.

In 2011, UCF’s defense ranked fourth in the country behind Florida State, South Carolina and Alabama.

Before his time in the college ranks, Panagos spent four seasons with the Minnesota Vikings as an assistant defensive line coach and defensive and offensive quality control.

He got his start in the coaching profession as a defensive line assistant at Maryland in 1993, where he graduated with a degree in criminal justice.

Panagos, a native of East Islip, N.Y., has a wife, Maureen, a daughter, Olivia, and two sons, Jack and Hayden.